Finally got views in the Campsies!

Finally got views in the Campsies!


A rare weekday evening off coincided with a good weather forecast; even better it was a day I was working near Lenzie, so opted to take the car rather than the usual train. There was a surprising amount of traffic on the roads – I hadn’t really clocked that it was rush-hour, but I was parked up in the layby opposite the distillery and walking before 5.30, so it wasn’t a bad effort.

It was far quieter on the hill than I had expected – hardly any people about at all despite the nice weather. I made it to the summit of Dumgoyne by the direct route – I always forget how steep this is, but at least the ground was nice and dry. I remember being out on a much wetter day and laughing at all the people sliding their way down like skittles in their trainers

It was beautifully clear and I could see my route ahead, and the whole plateau. Views from the Campsies at last

A wee bit hazy out towards Loch Lomond but still stunning 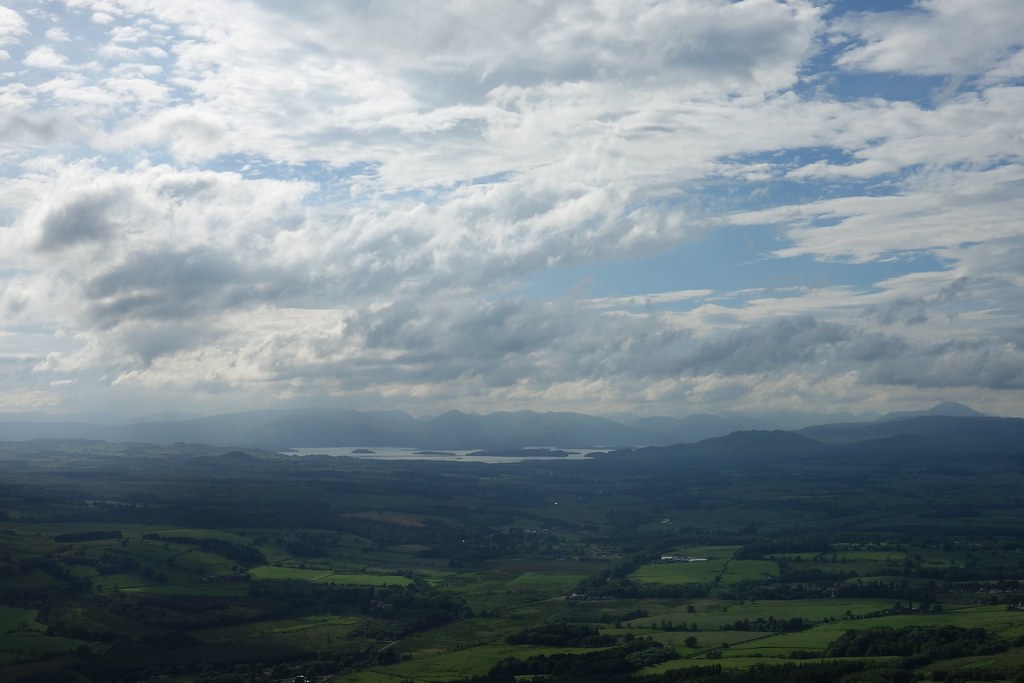 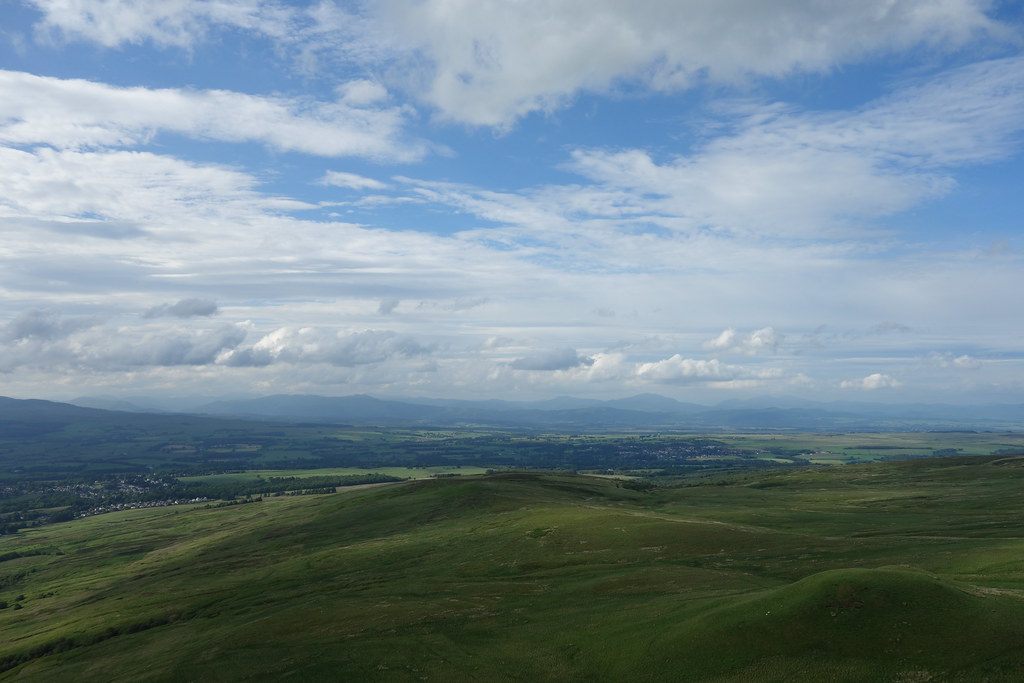 Someone had left a curious creature on the trig – looks like it could be a squirrel? 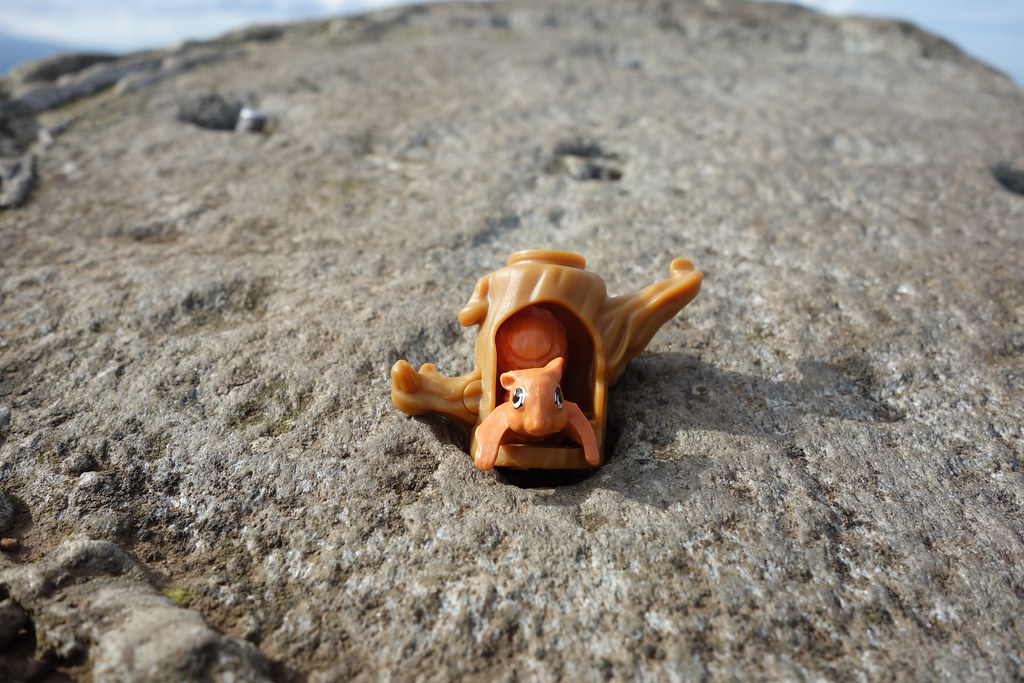 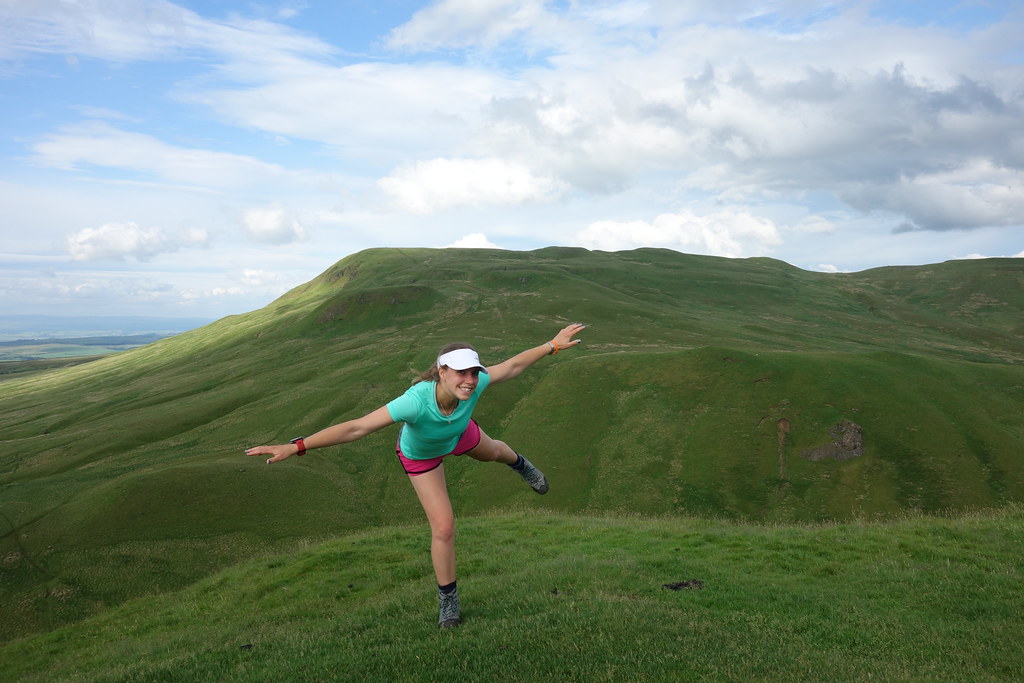 No such problems today fortunately! 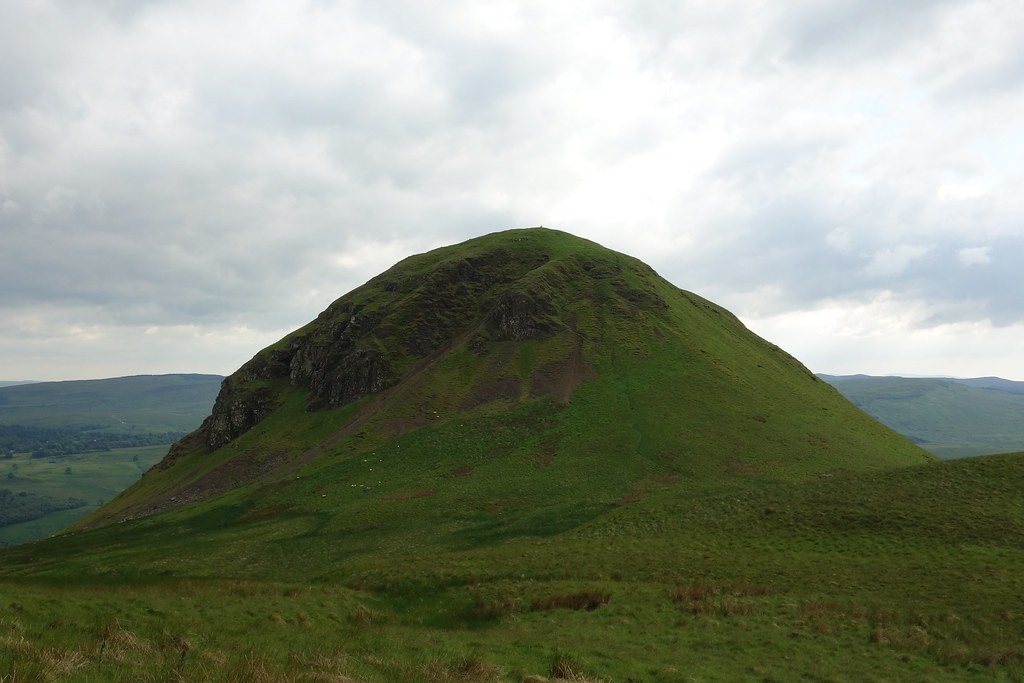 I took the standard route up towards Garloch Hill and before long I felt like I was in the middle of nowhere – I love how the Campsies are so close to home but easy to feel much further away! 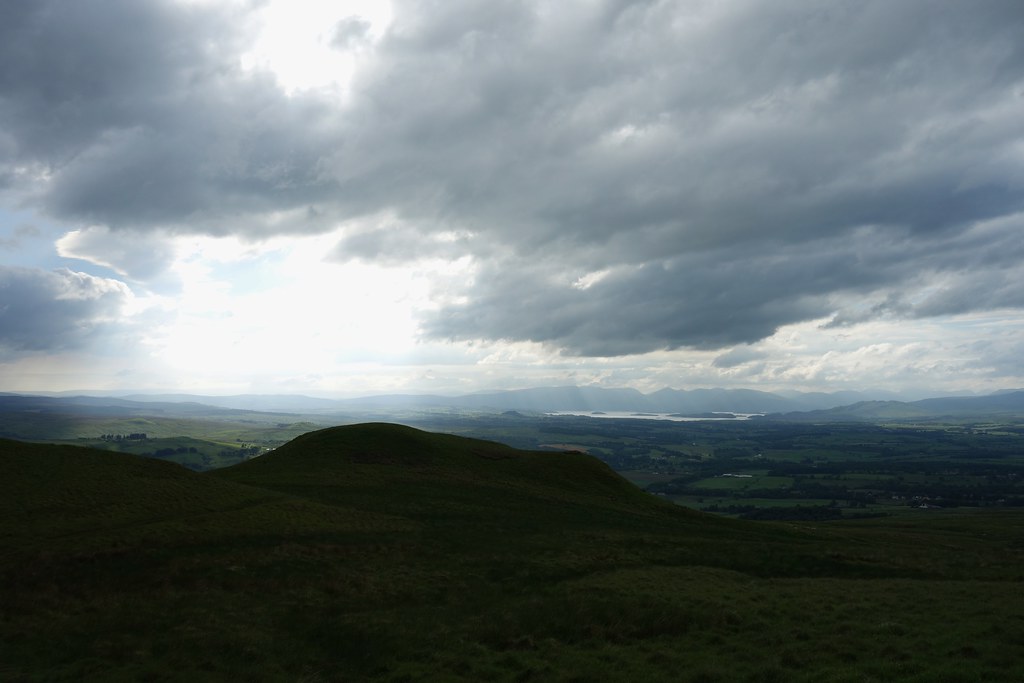 Looking across to Loch Lomond again 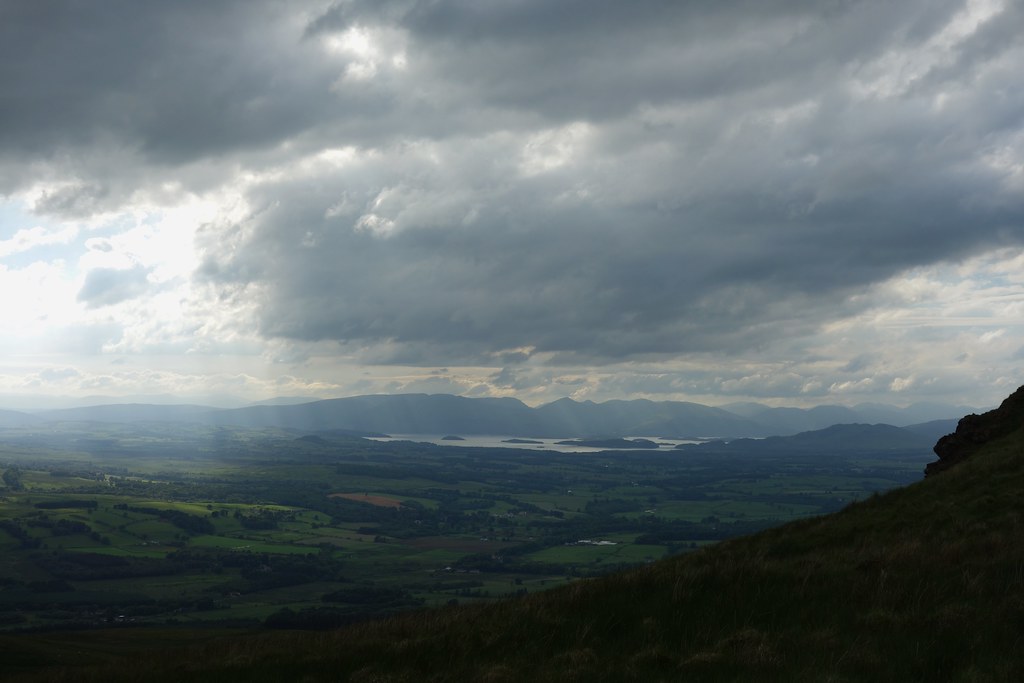 It was certainly the driest excursion I’d ever had up here (although there were still some damp sections, especially in the dips along the ridge) 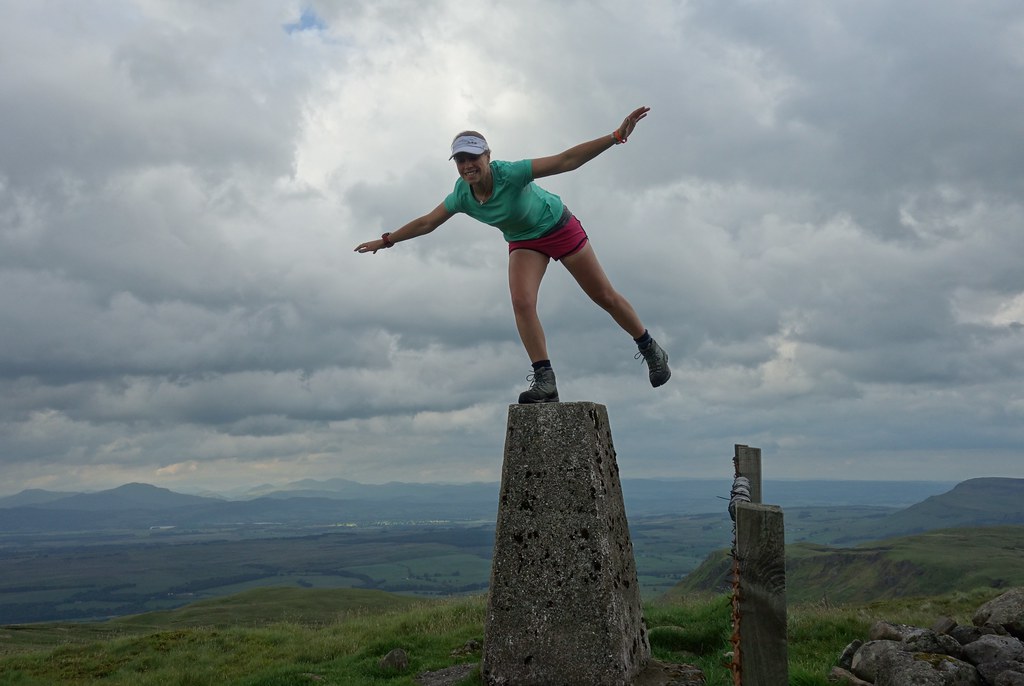 I was able to look further along the ridge – it would be nice to do a walk further along here someday, perhaps catching a bus back to the start point! There were certainly some striking crags 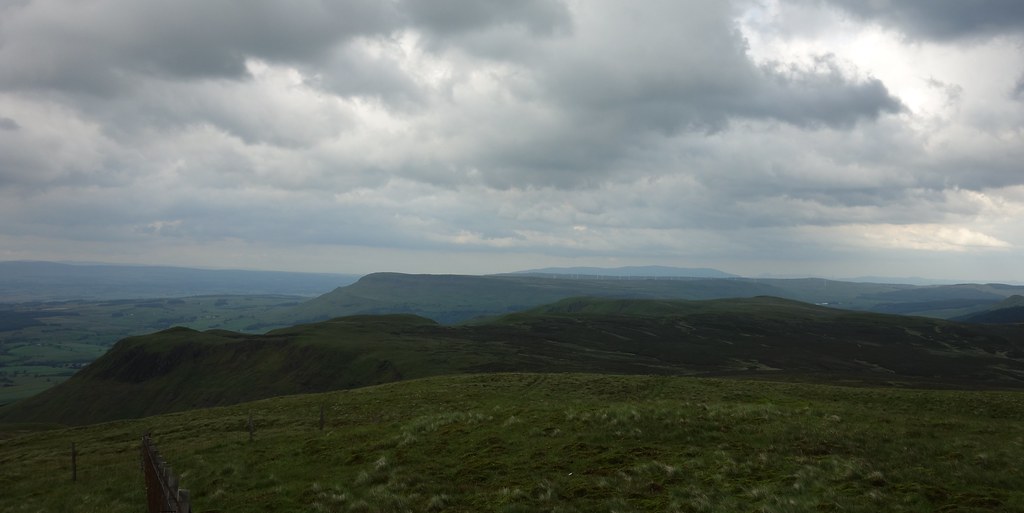 Looking back along the route out, with the sun hitting Loch Lomond in the distance 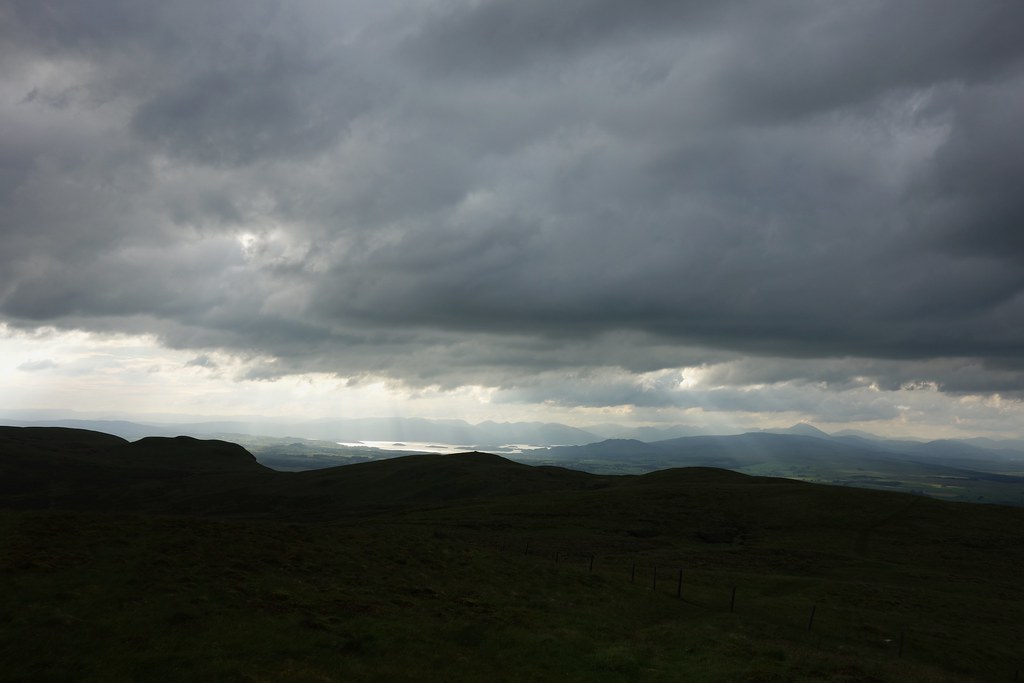 Looking East – the plateau with Meikle Bin on the skyline 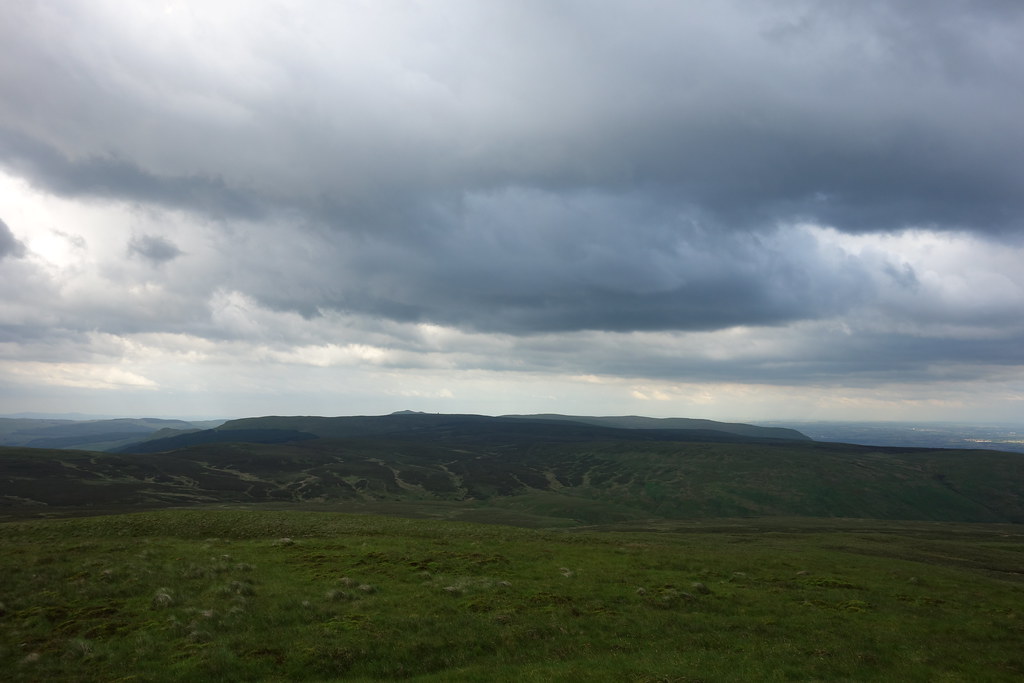 A slightly over-exposed panorama of the views – the photos don’t quite show how nice an evening it was!

As it was such a lovely evening, and I always like to make my routes circular where possible, I decided I’d go for a bit of off-piste walking

Initially I thought I could walk around the edge of the plateau and all the way around the crags. Then I realised quite how big an undertaking that was

So I decided to head vaguely towards Little Earl and see where I ended up….

There were some smatterings of path initially…. 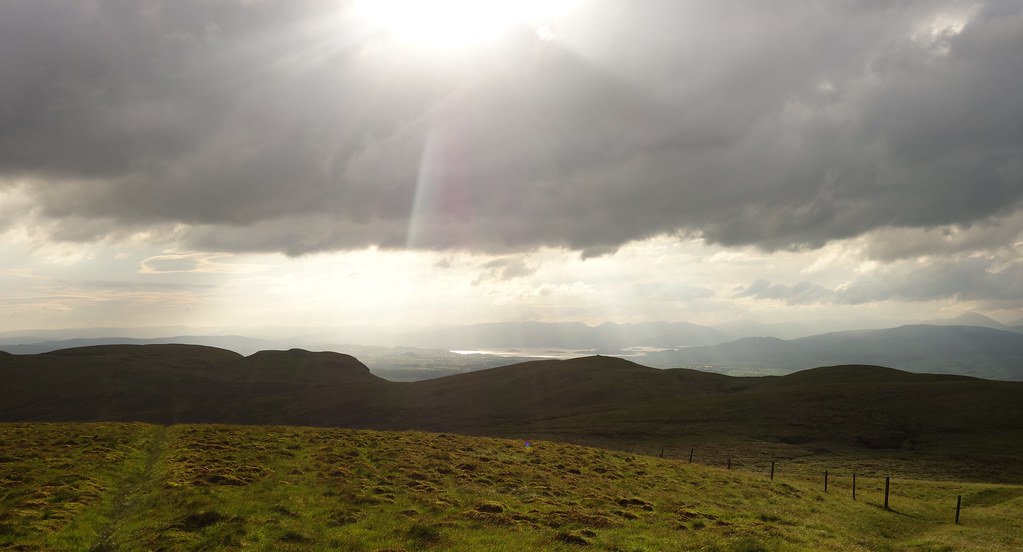 But before long I ended up wading through a mess of tussocks and heather. I’d managed to drop off the ridge (where the ground may have been better) but also was nowhere near the boggy shortcut path that I’d followed back previously. So I was filling my boots up with heather and wasn’t even getting any views for my trouble

Looking back to Earl’s Seat across a sea of heather

This was actually some of the better ground I walked across…. 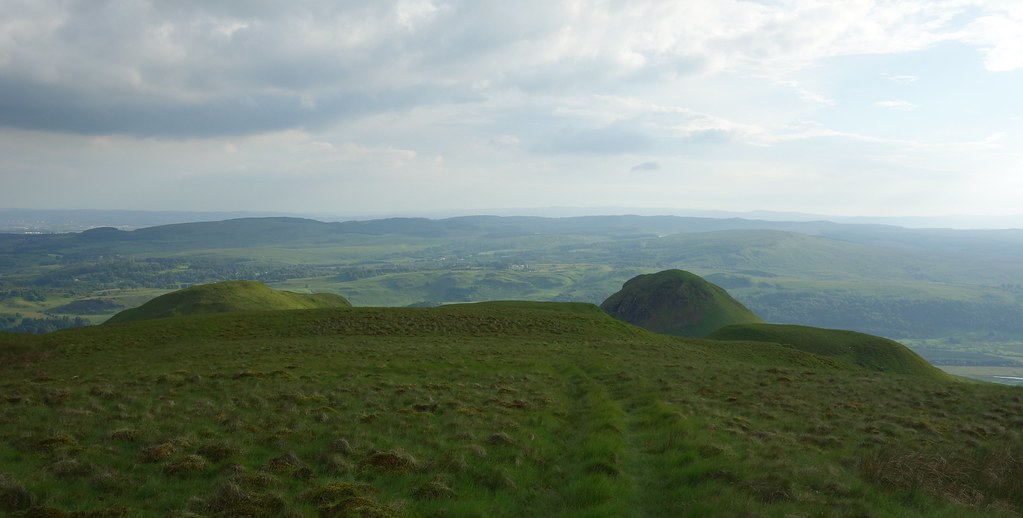 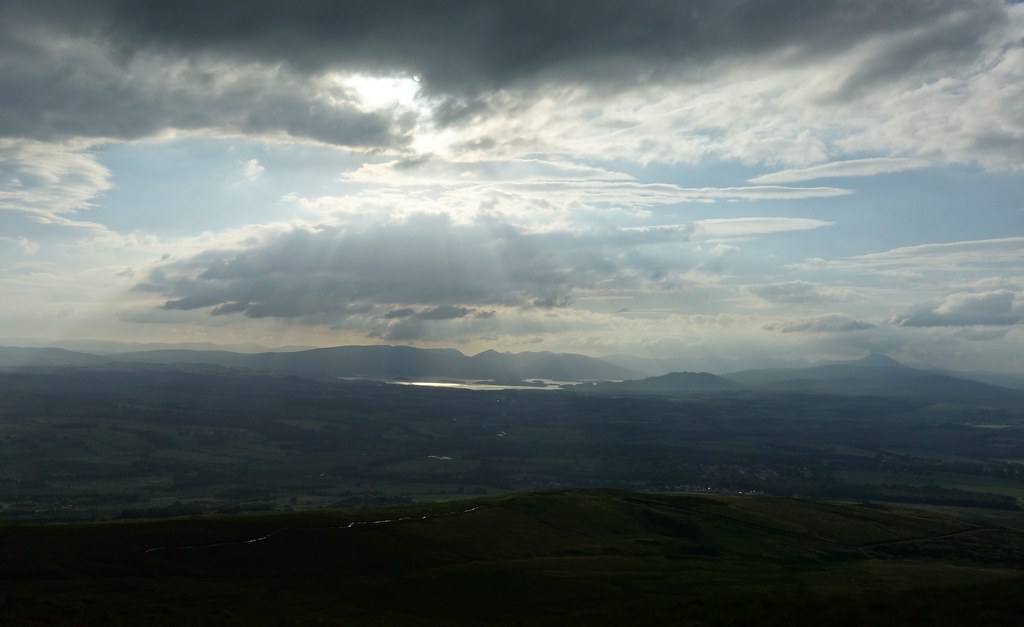 From here I was able to drop back onto my outward route as I approached the bealach with Dumgoyne – a relief! Dumgoyne was looking very evening-y 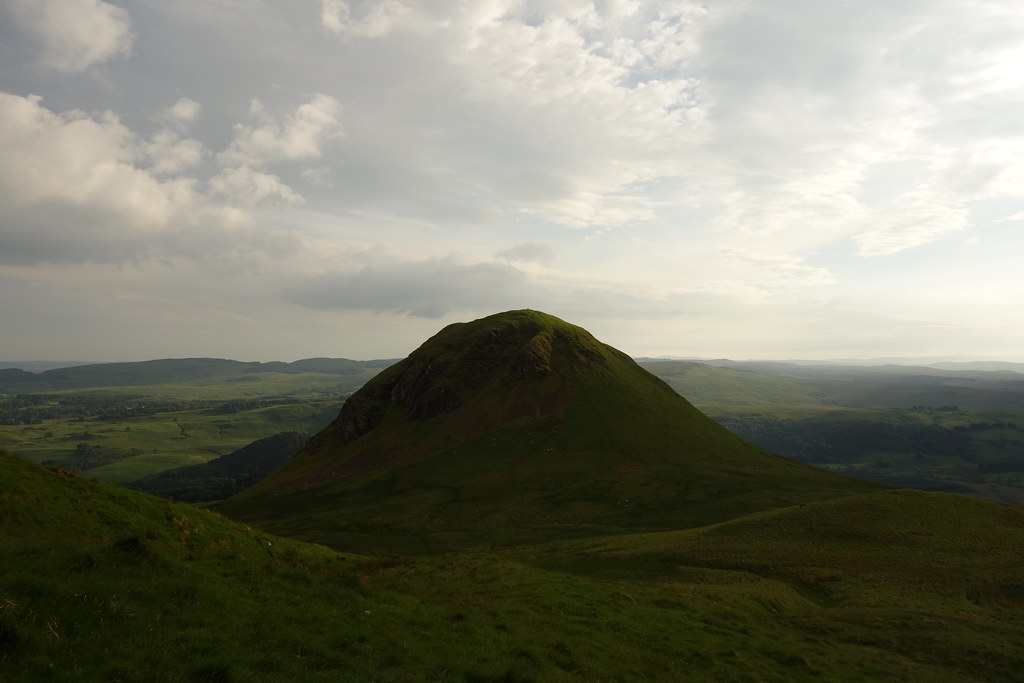 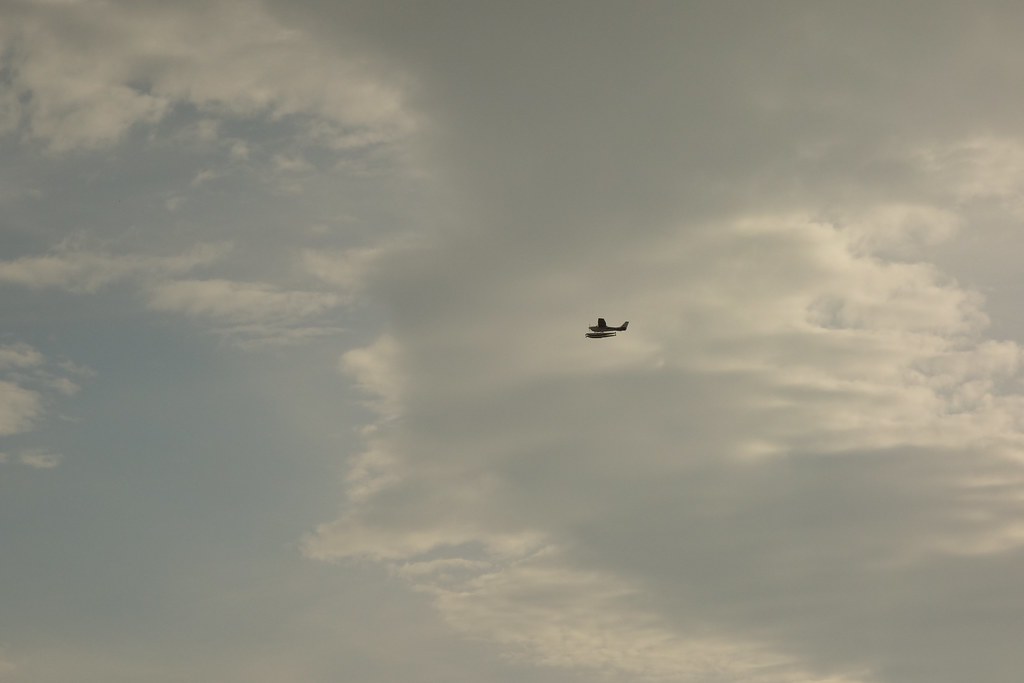 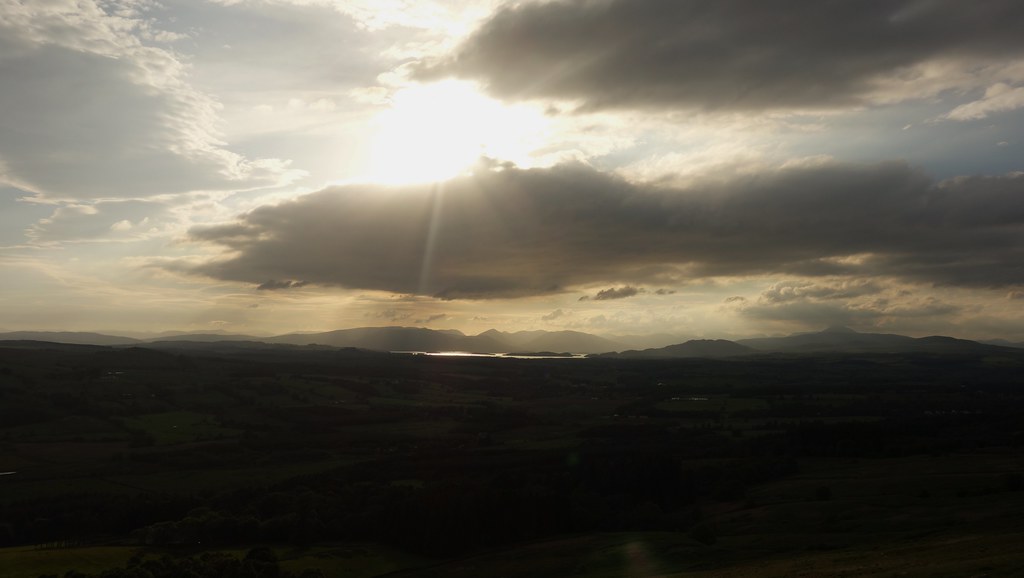 It was an easy walk around the side of Dumgoyne and down towards the burn (not really any need to go up it again!) - everything looks so beautifully green! 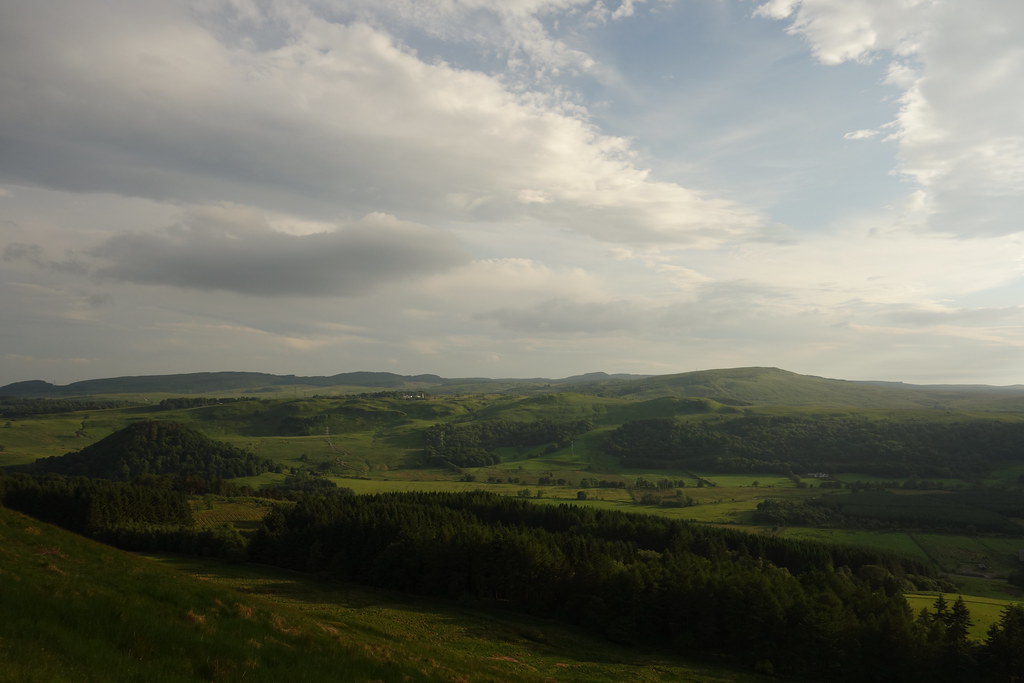 Then it was a nice wee wander across the fields and popped out just above the distillery – definitely closed for now. I keep thinking I should pop in one of these days 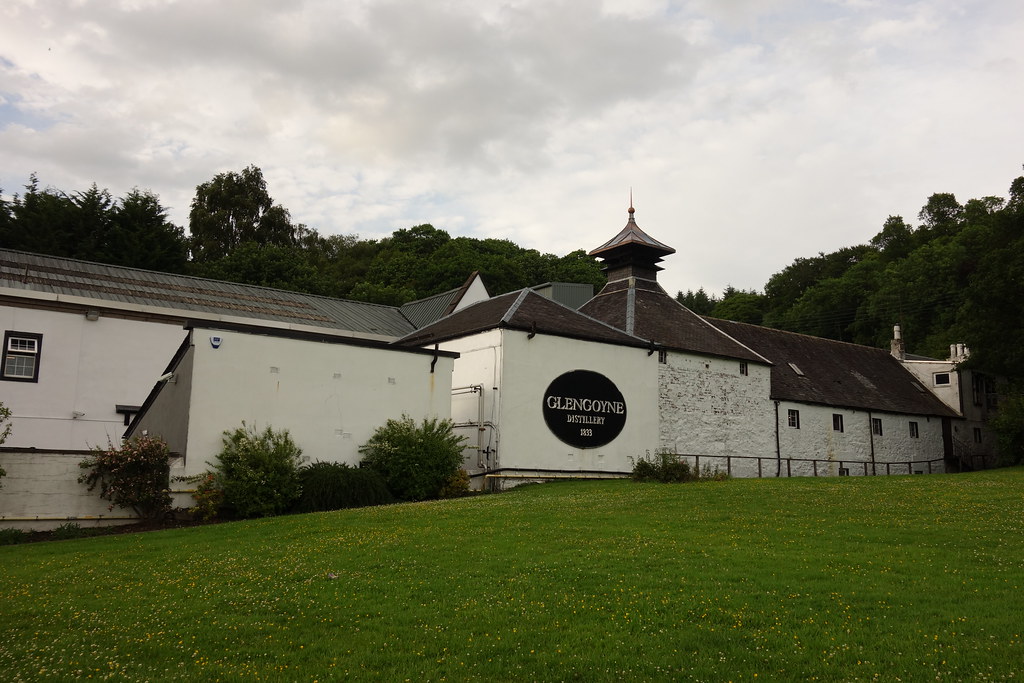 From here it was a couple of metres along the road back to my car where there was a runner changing out of her kit. We agreed it had been a perfect evening

Finally_got_views_in_the_Campsies_.gpx Open full screen  NB: Walkhighlands is not responsible for the accuracy of gpx files in users posts