Our plans to hit up Carn Bhac and partners took a beating with the rotten awful weather on Friday so we decided to go for a low level wander & bothy up Glen Lee. We planned to hit the Stables of Lee but the horizontal rain, gale force winds and darkness meant we headed for Johnny Gordon's bothy. Once in, the beers and whisky were poured and we got a raging fire going, some mess tin fried pork chops and noodles 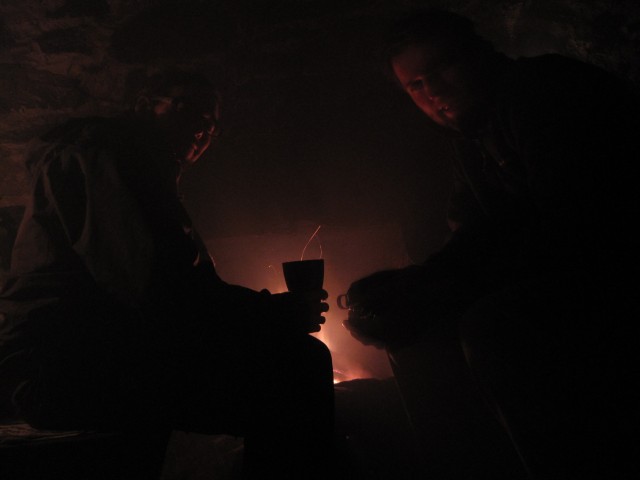 Myself and Dan drying off with a 18yr Highland Park 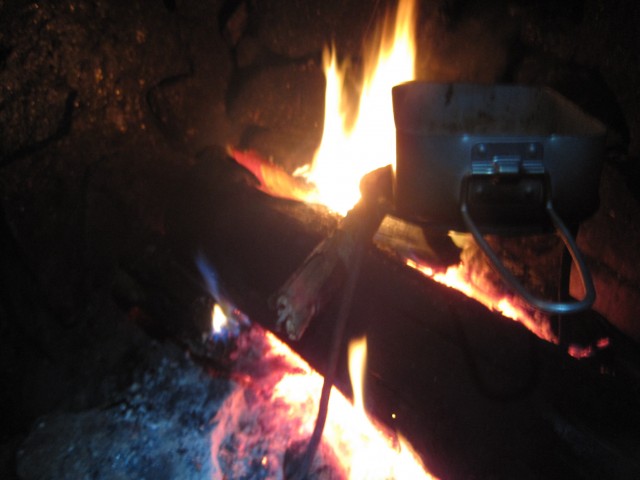 After a great nights sleep and some really sore heads in the morning, we noticed it had went from "rotten, disgusting wet, windy and cloudy" to "blue-ish, nice and worthy of a walk". We tidied up, grabbed some wood for the next incumbents before a couple of leaving shots. 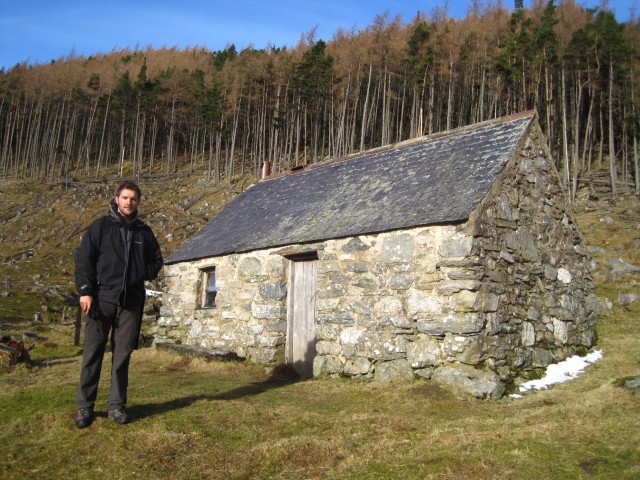 Me with a sore head

We then headed off up Cairn of Camlet.... Wolf Craig whilst our calves burn

We climbed up the very steep heather clad side ("Camlet" on the map) which ajoins to Monawee; the views opened up nicely on the ridge with a superb 360 including the magnificent Craig Maskeldie, Hunt Hill, Wolf Craig, Lochnagar, Mount Keen, Mount Battock, Hill of Wirren and Cairn Caidlock and the channel of Glen Esk; This view must be seen to be believed!!! 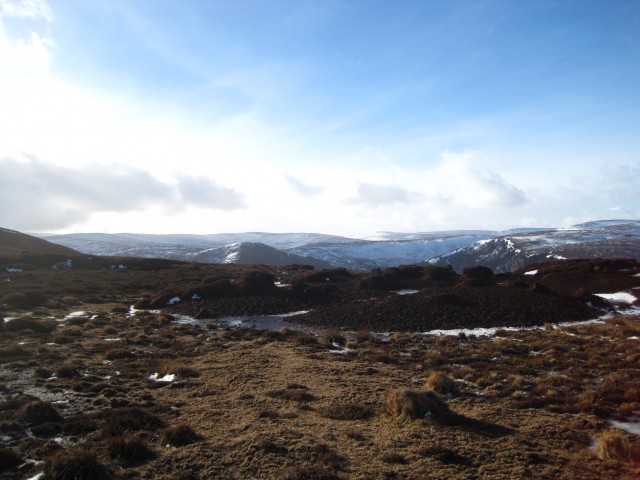 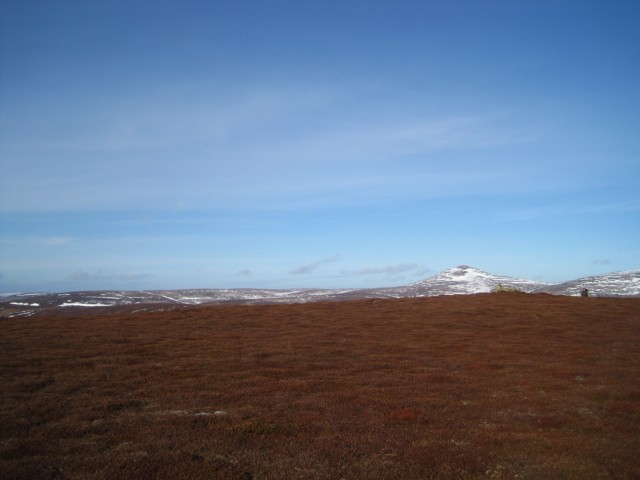 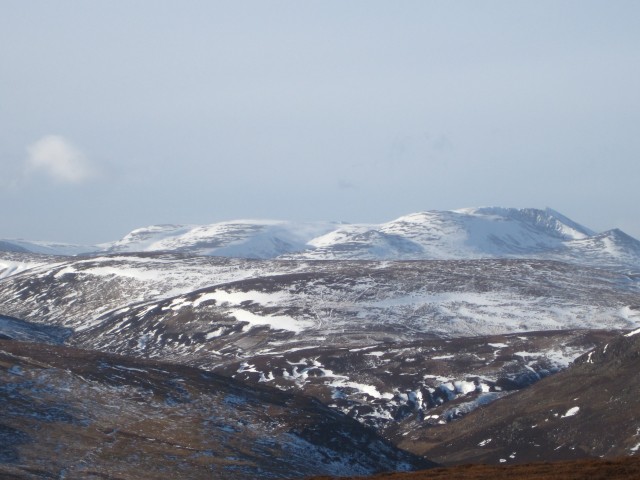 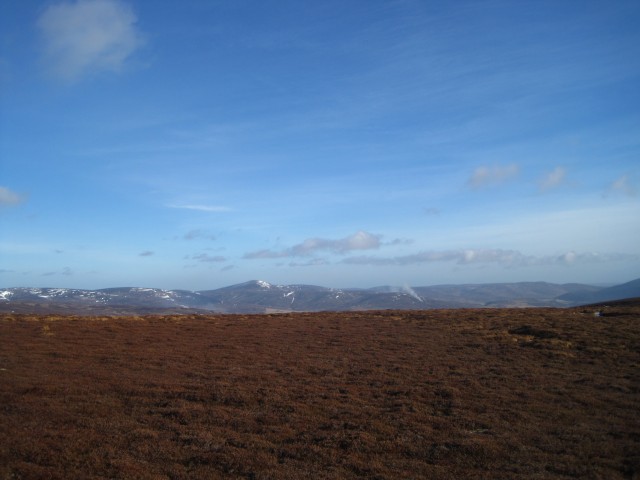 We headed up to the summit of Monawee and dropped down to catch a view of Loch Lee, we had to go through a lot of heather and we ended up stopping for a bite to eat and enjoying the view out to Angus. 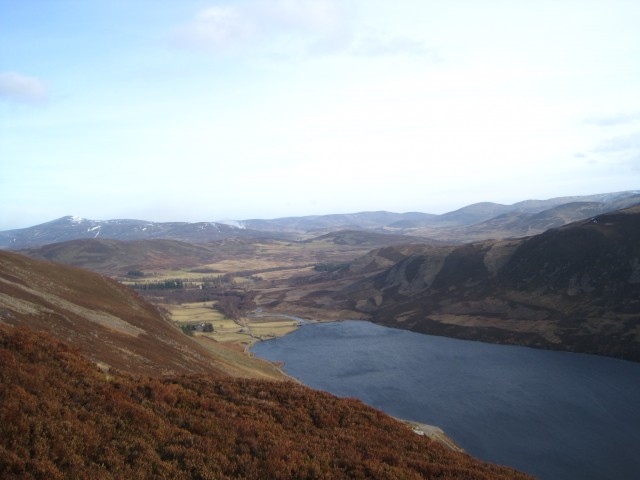 We then proceeded to head down Craig Buck, which was much steeper and craggier than anticipated. A few descend / ascends later I identified a suitable exit point. Sadly Dan and me got split up here and his knee wasnt up for a tough descent like this and I couldnt get back up! 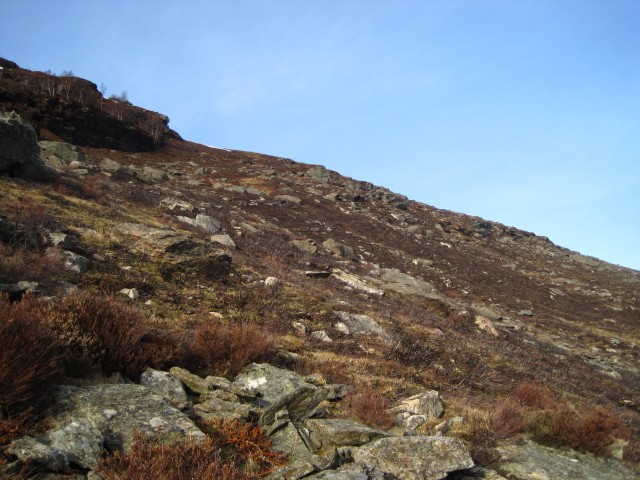 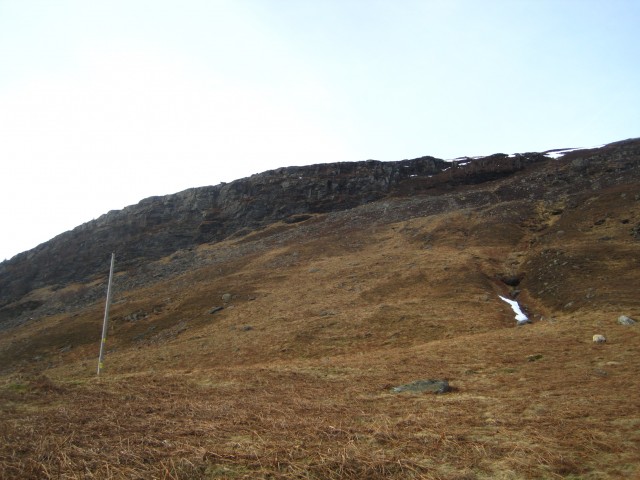 We couldnt hear eachother, and whilst both reasonably competent we both feared for the safety of the other. A wee bit opf panic ensued as the sun was going down but eventually after getting back to the car and driving along the track, we were reunited!

A weekend that we expected to have rotten weather turned out to be a great day on the Saturday. Really enjoyed the walk and will definetly be back up this way!!!!

you guys know how bothy up

What a smashing walk and not far from me so will be easy to get there!! I think I will do this later in the week. Did you leave any grub in that bothy?

no grub, but some Jura & Glenmorangie was left behind!

if you are planning on going up Monawee, I'd suggest you don't take that route down if you, like me, struggle with nerves on steep sections!

Gable Gable End wrote: no grub, but some Jura & Glenmorangie was left behind!

Gable Gable End wrote:if you are planning on going up Monawee, I'd suggest you don't take that route down if you, like me, struggle with nerves on steep sections!

Gable Gable End wrote:no grub, but some Jura & Glenmorangie was left behind!

Right, I'm off there now

G.G.E. that looks like you had a fine wee overnight bothy,and a nice walk to clear your heads the next day

Classic stuff GGE - that first photo is the absolute quintessence of bothy heaven!