With post-corona fitness slowly improving, and the forecast looking excellent, we decided to try a hill

Starting from the door, we took the short route through to Clydebank, hopping onto the canal tow-path to escape the traffic which has been increasing over the last few weeks 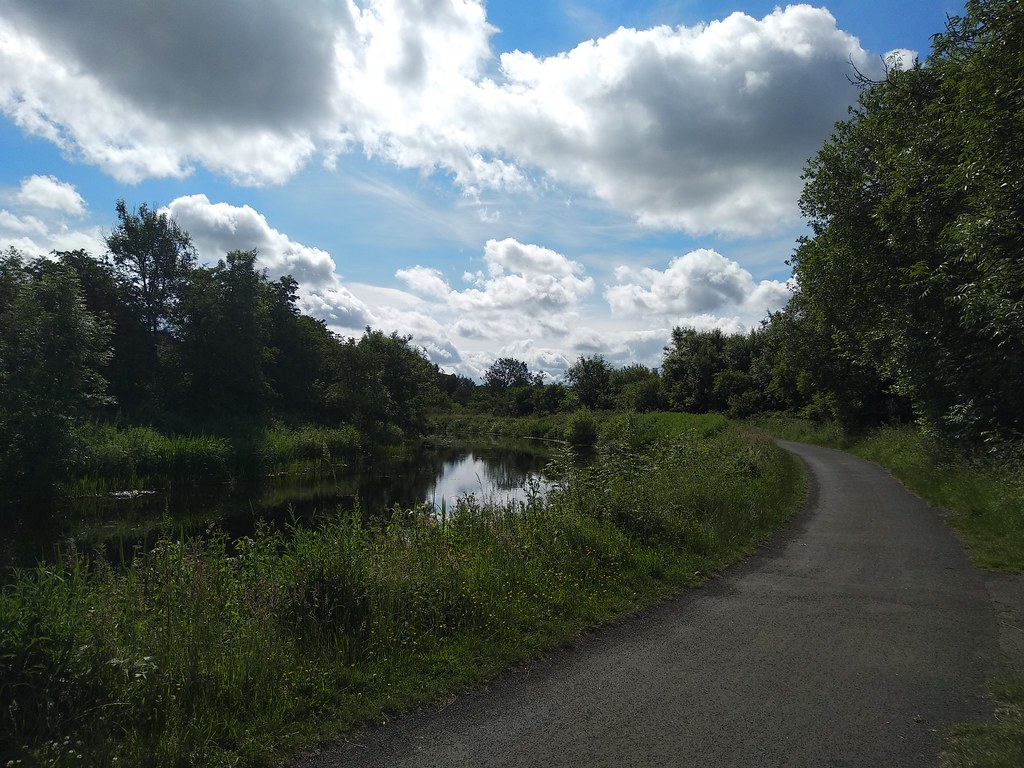 The Erskine Bridge ahead signaled progress! 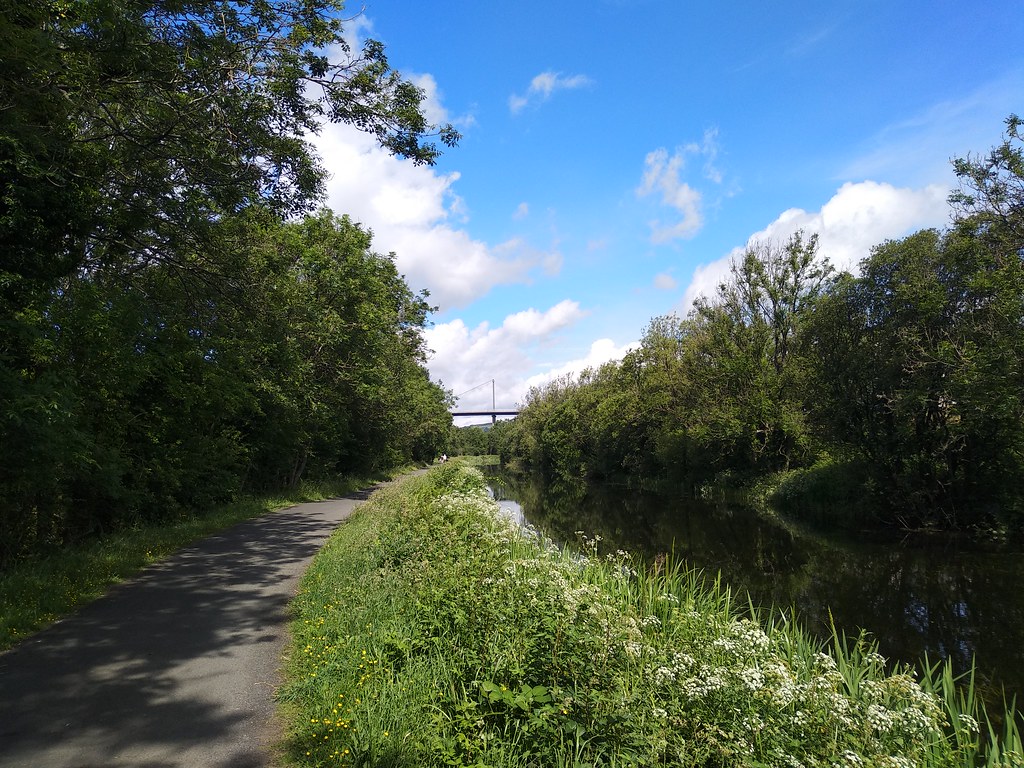 Reaching Old Kilpatrick we headed up the hill and predictably there were cars strewn everywhere at the end of the track. We had assumed this would be the case, hence the bikes.

The bikes also meant we could cycle a bit further up the hill - initially on good tarmac we were able to dodge the hoards relatively easily. After a while the tarmac ran out and the track got rougher and steeper. 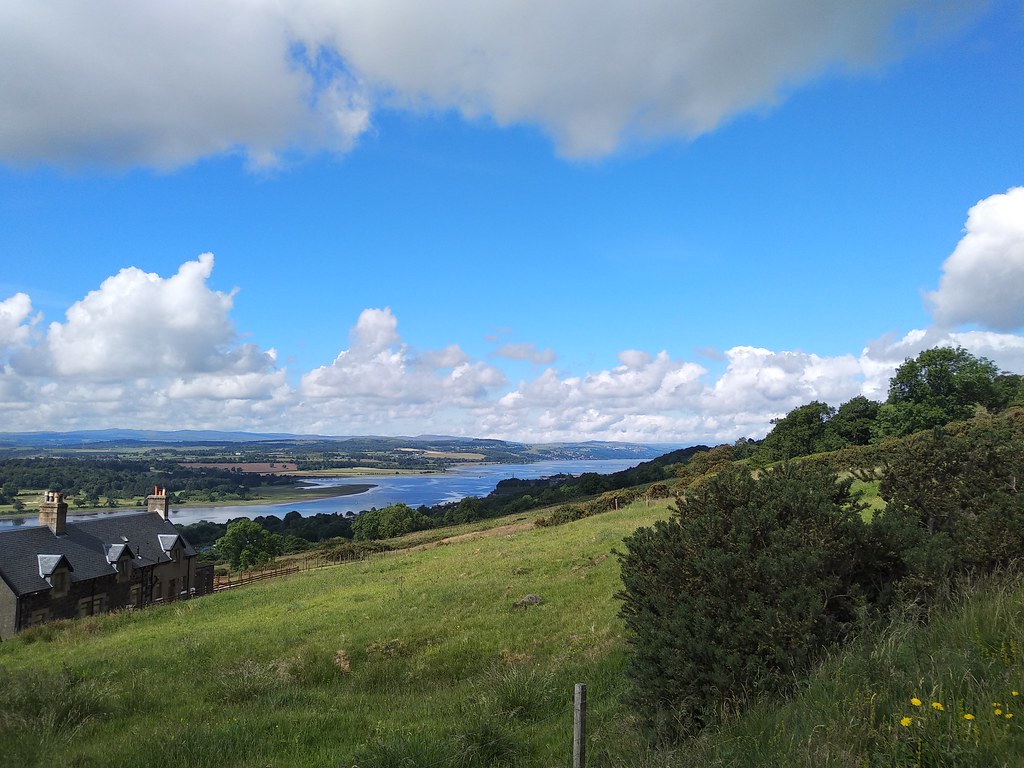 It was hot work but the views were fabulous 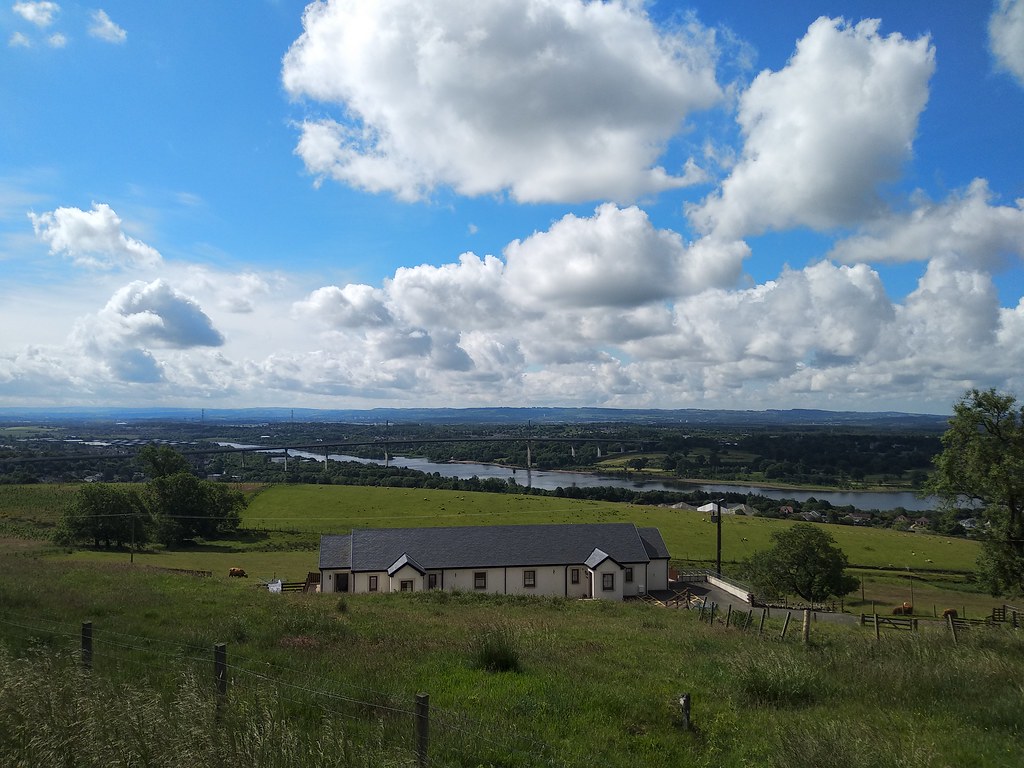 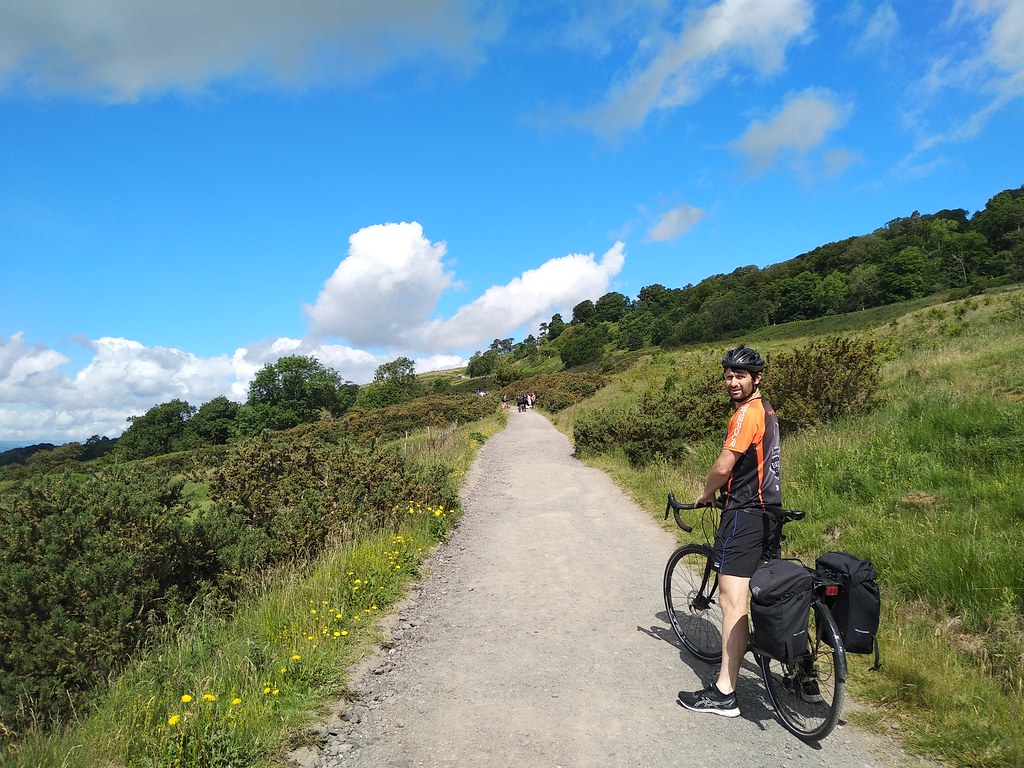 We locked the bikes to a gatepost and were ready to go! 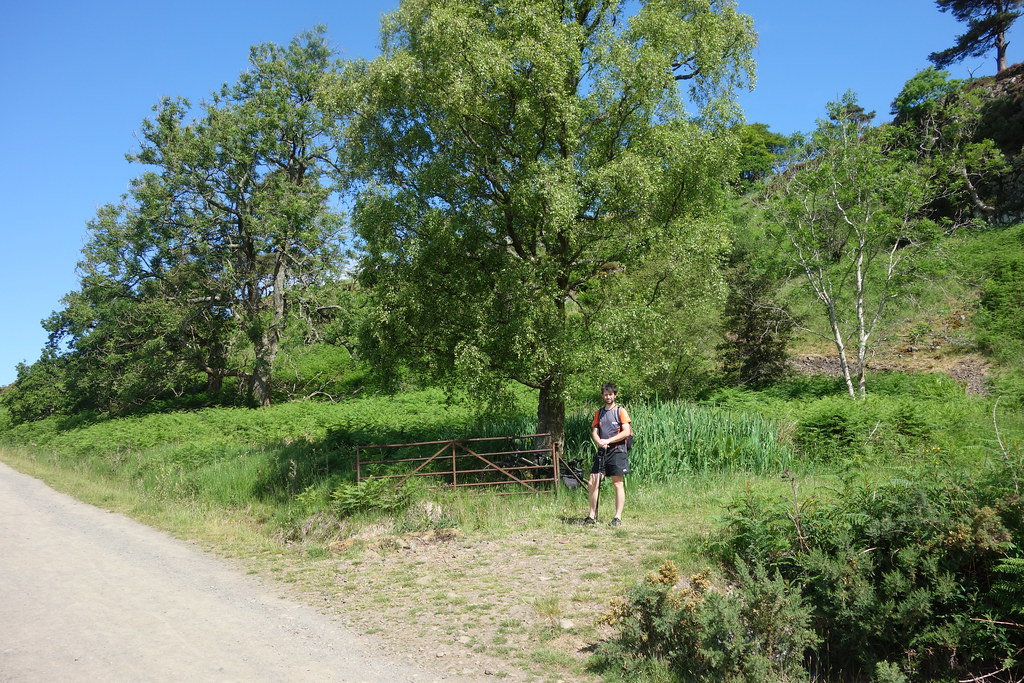 The track made for easy walking (although this section was definitely less travelled than the usual route up!). I always love how easily these hills can feel remote despite their proximity to Glasgow! 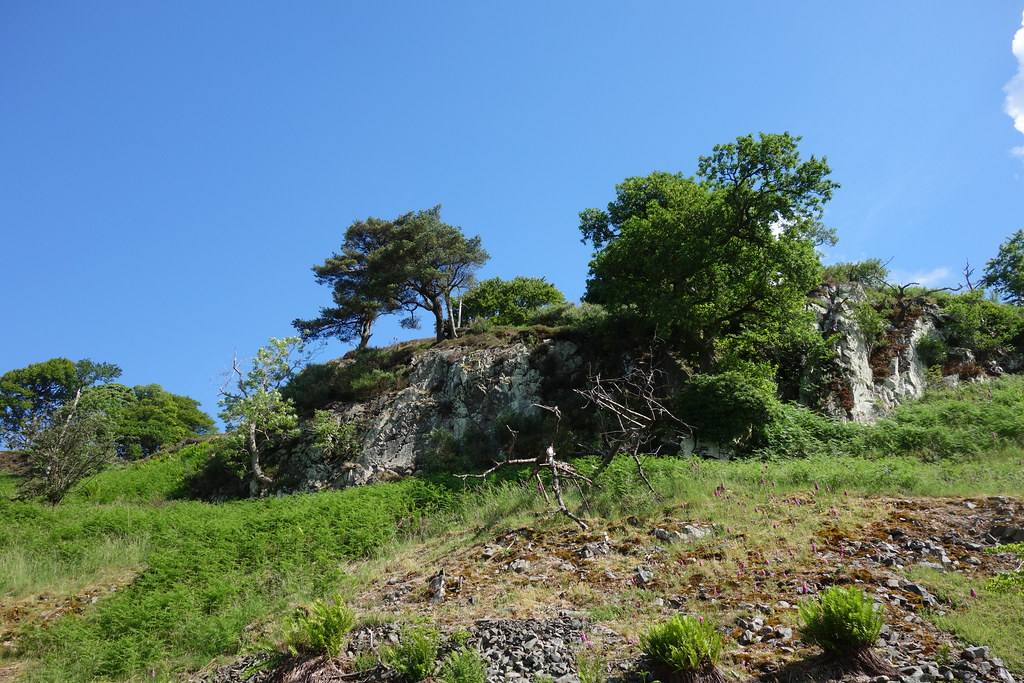 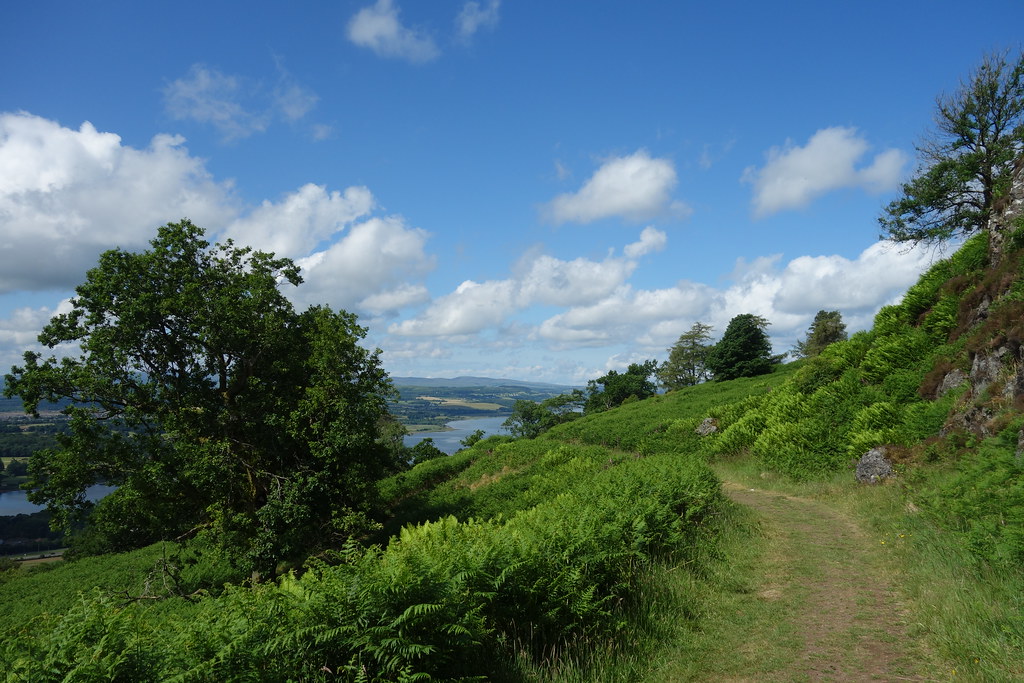 We did see a few people, but hardly any compared to the hoardes of picnic-ers on the Loch Humphrey track! We rejoined the usual route up the Slacks as it eased off and were up on the plateau 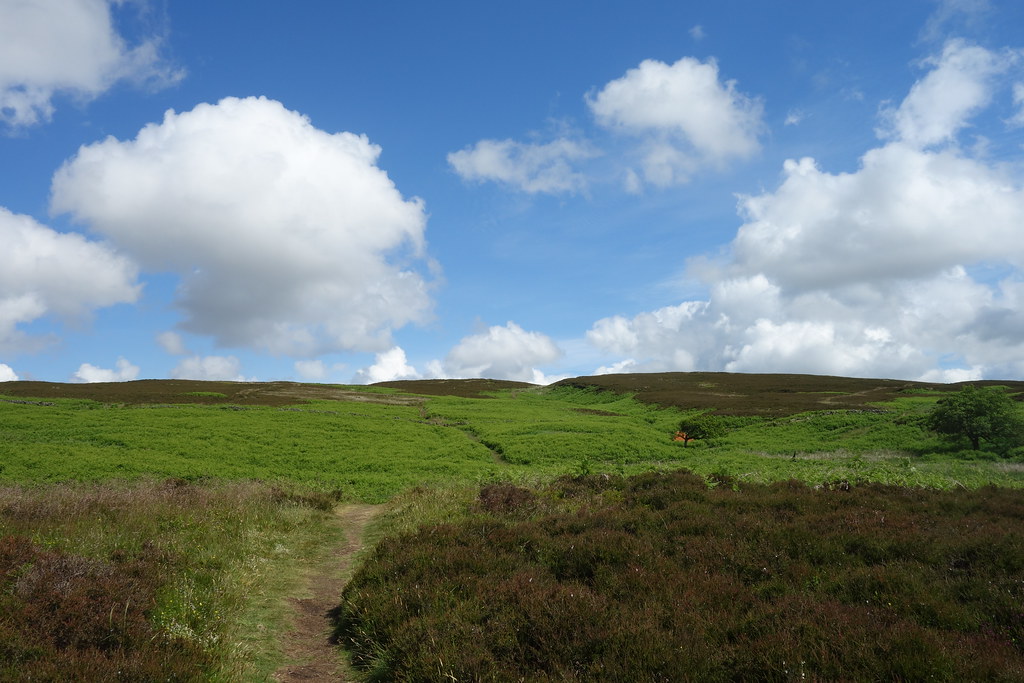 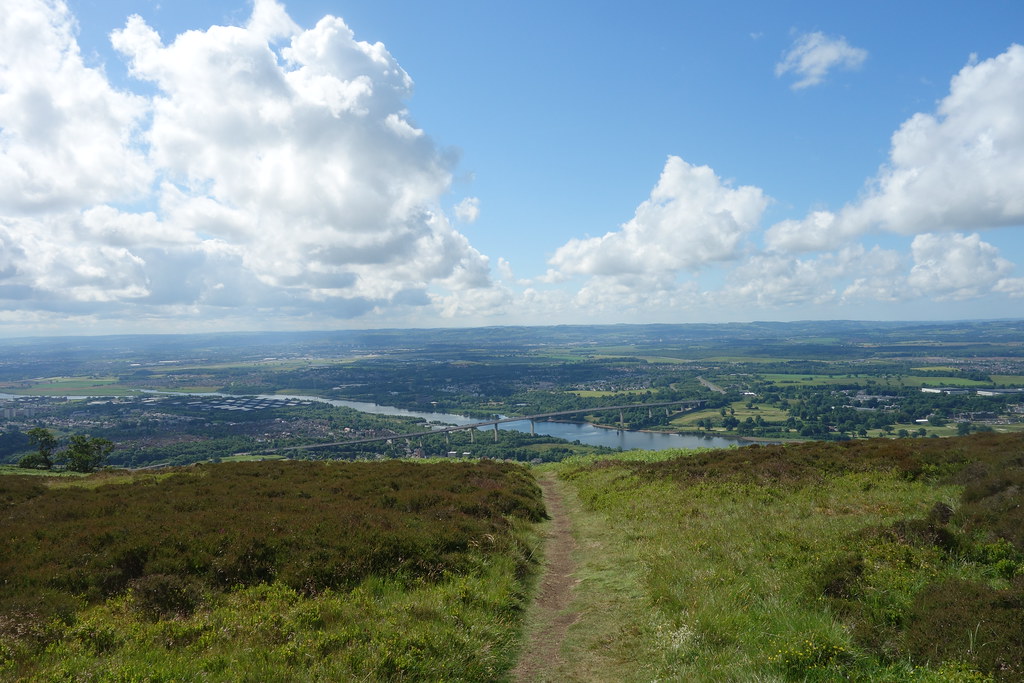 From here it was an easy walk to the Slacks, where we were rewarded with views (and a glimpse of what was to come!) Even from here Loch Humphrey looked pretty nice - too far away to see all the people! 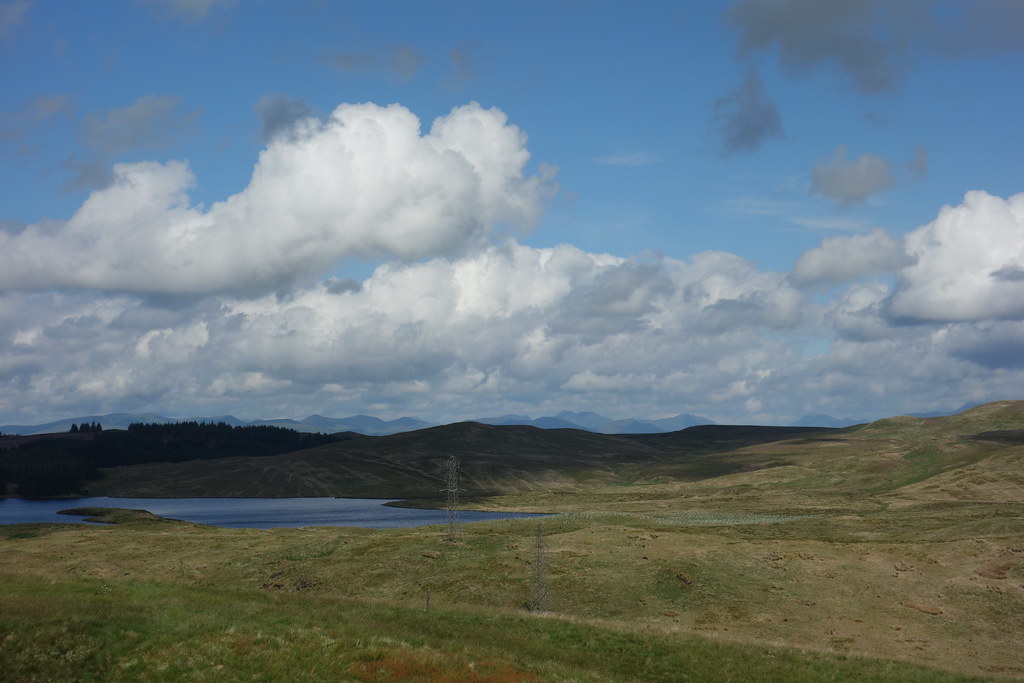 Duncolm - our next target; it always looks far away from here but is actually very easy to get to. 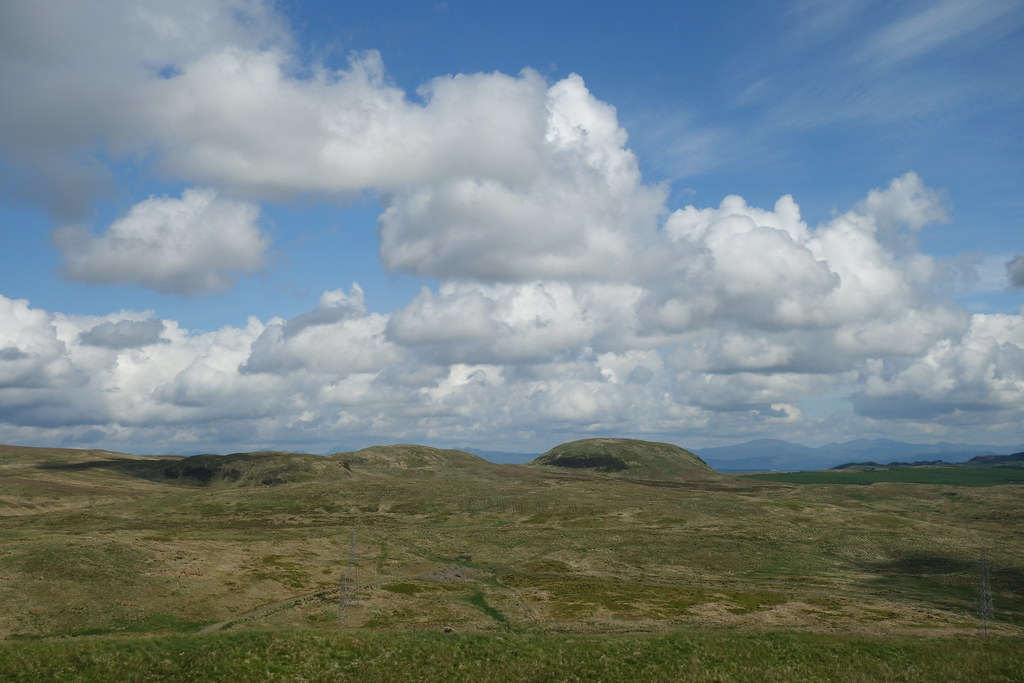 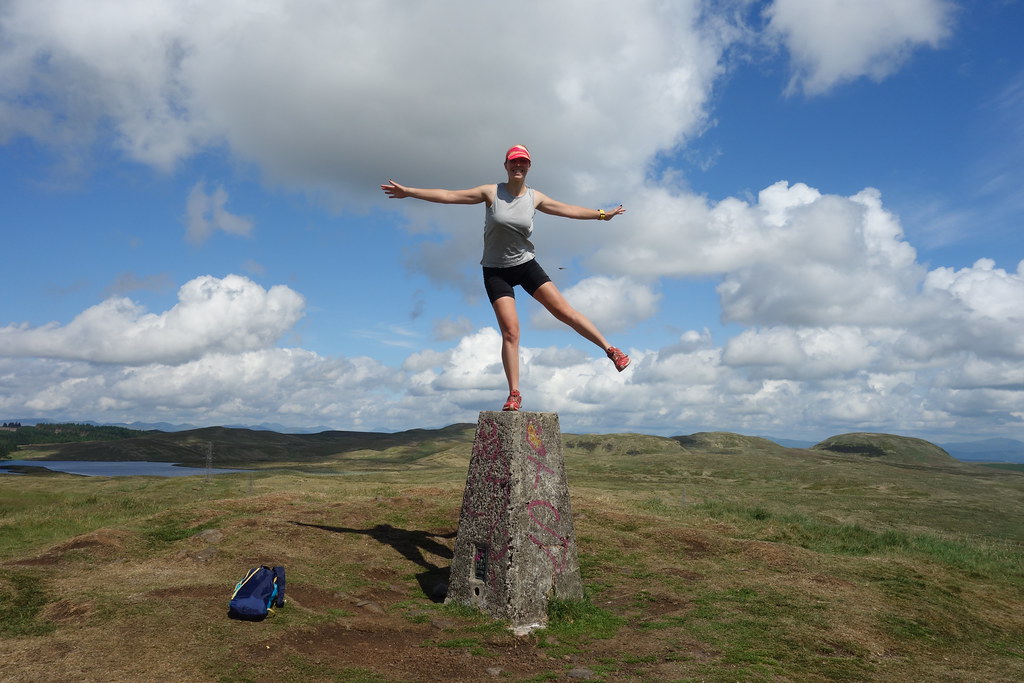 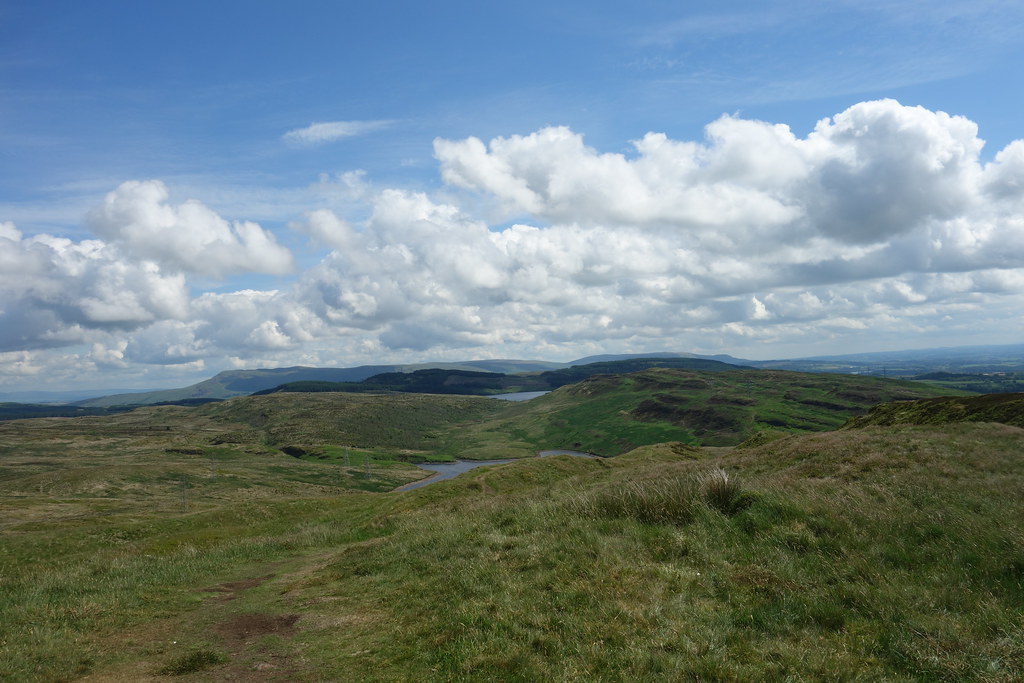 Me & my Malky (look how happy he looks 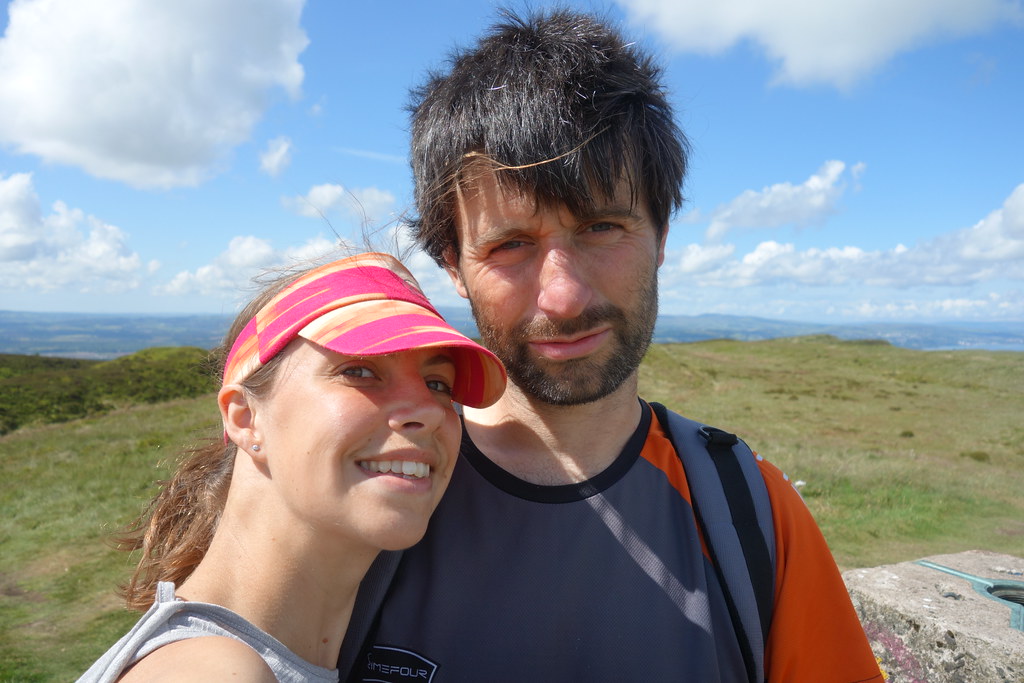 We followed the path along the escarpment, dropping down through the section that is always boggy (except for now!) and hit the track just before Loch Humphrey. There were a lot of folk around but they all appeared to be behaving themselves so far! 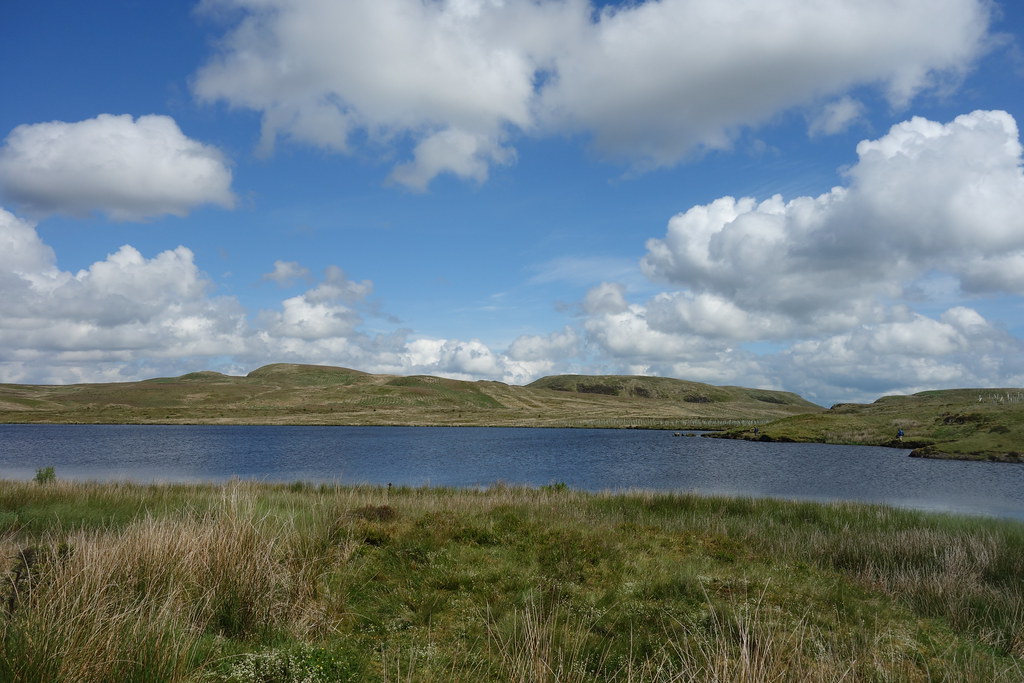 Again, the always boggy path across the end of Loch Humphrey was amazingly dry! I had expected to end up with wet feet in my trail shoes

I'd expected this to be heaving but it turned out that most people were just heading for the loch only a few were going out to Duncolm. It was an easy walk and the final steep pull up Duncolm provided us with some excellent views towards Loch Lomond

Although we couldn't reach them, we could finally see the bigger hills! 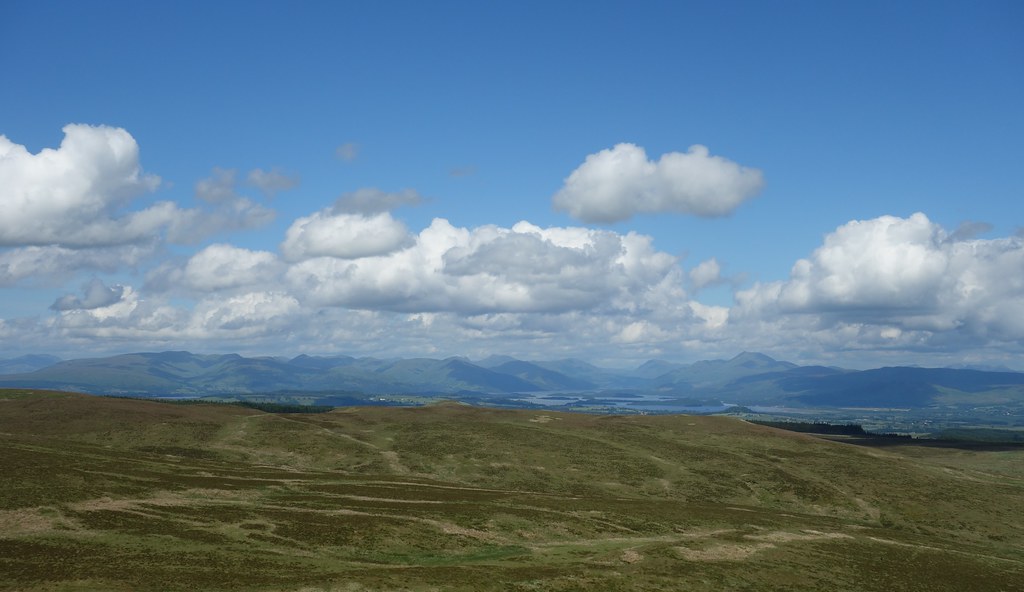 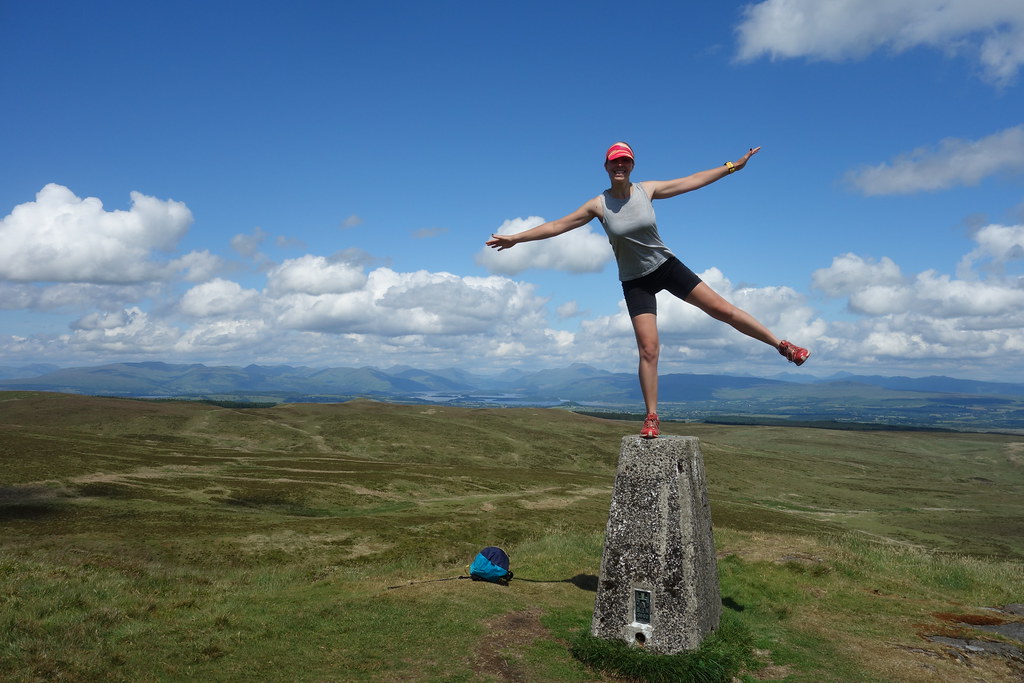 We found a wee spot out of the wind to sit and enjoy our picnic. Malky had made lunch - I always forget how much more food he requires than I do (he complains when I sort food). We had sandwiches, crisps, pork pies, tomatoes and an assortment of chocolate biscuits for afters. I felt like I needed a nap 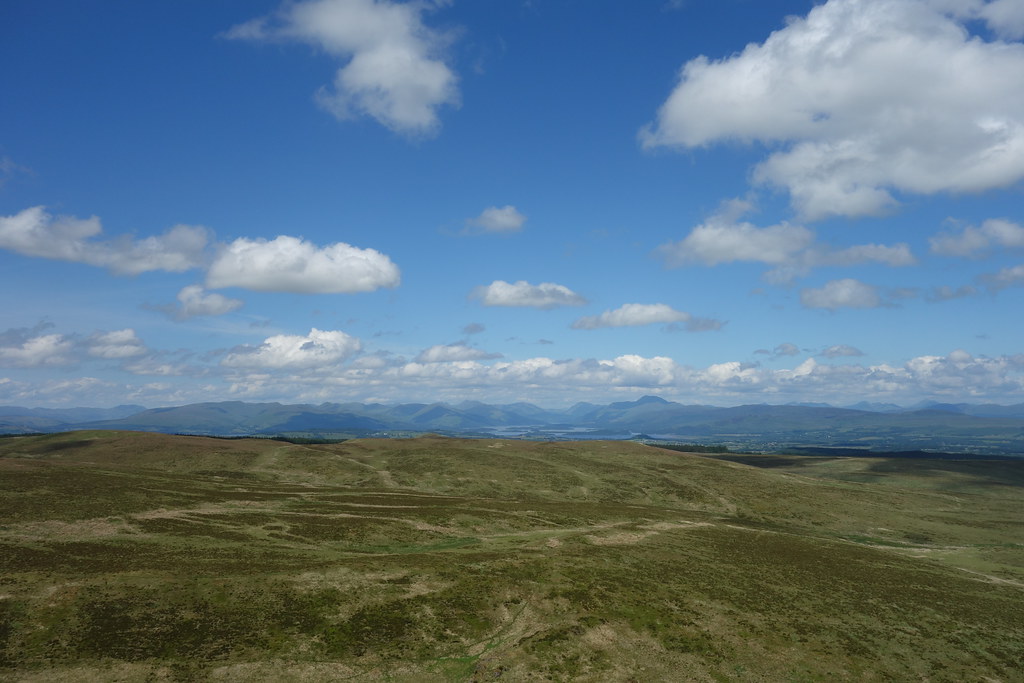 It was time to head back. The wind was to pick up later and we didn't want to be smashing into 35mph winds all the way home!! We dropped off Duncolm and decided to take a trip over Middle Duncolm, and then because Malky had never been up, Little Duncolm as well. This was much less pathed and I ended up with shoes full of vegetation 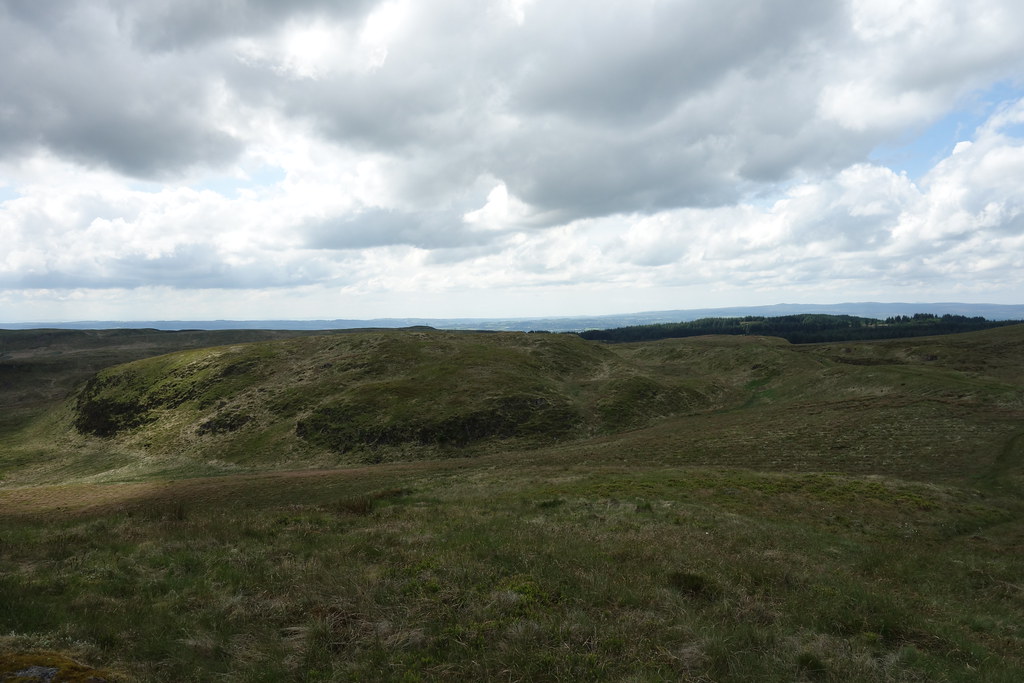 Looking back to Middle D and Duncolm itself 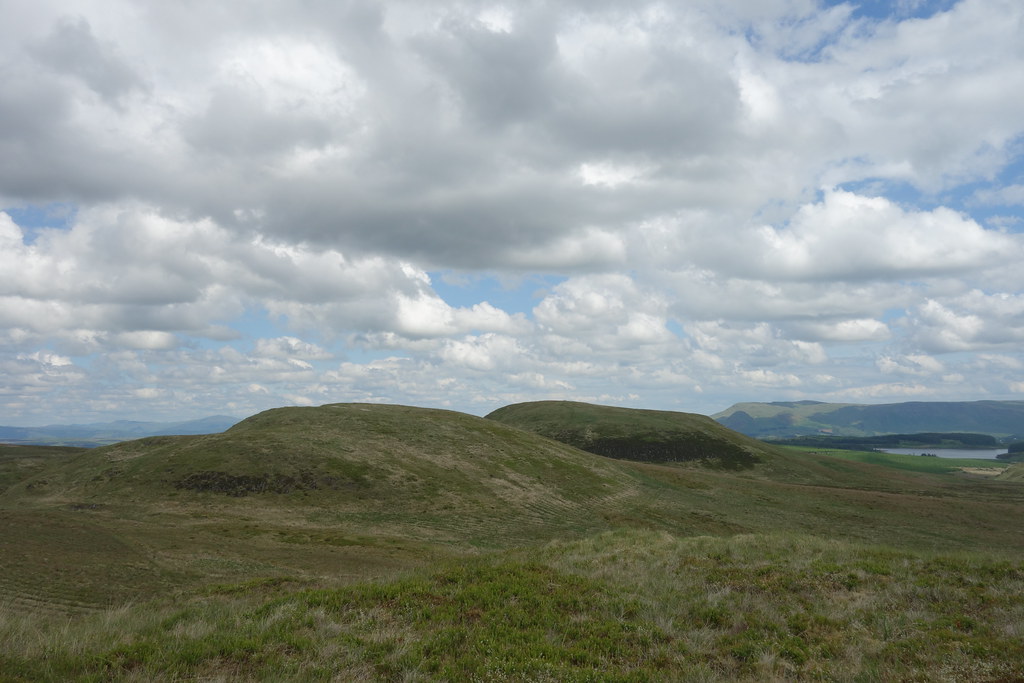 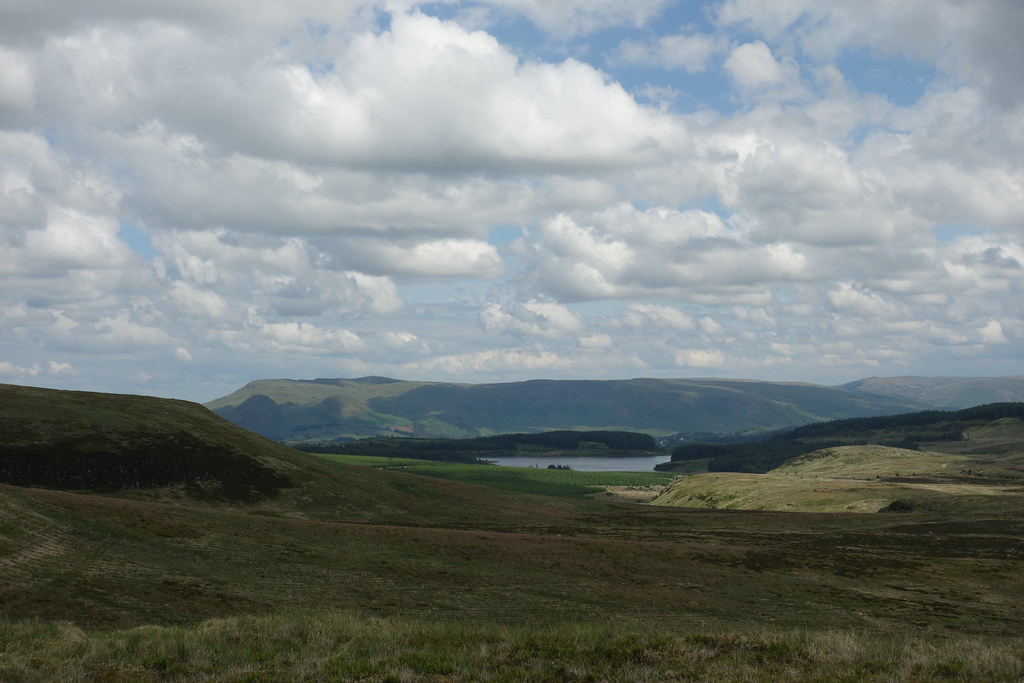 Back on the path we made our way easily back down towards Loch Humphrey - in the distance the track is seen heading much more steeply uphill than I had remembered.... 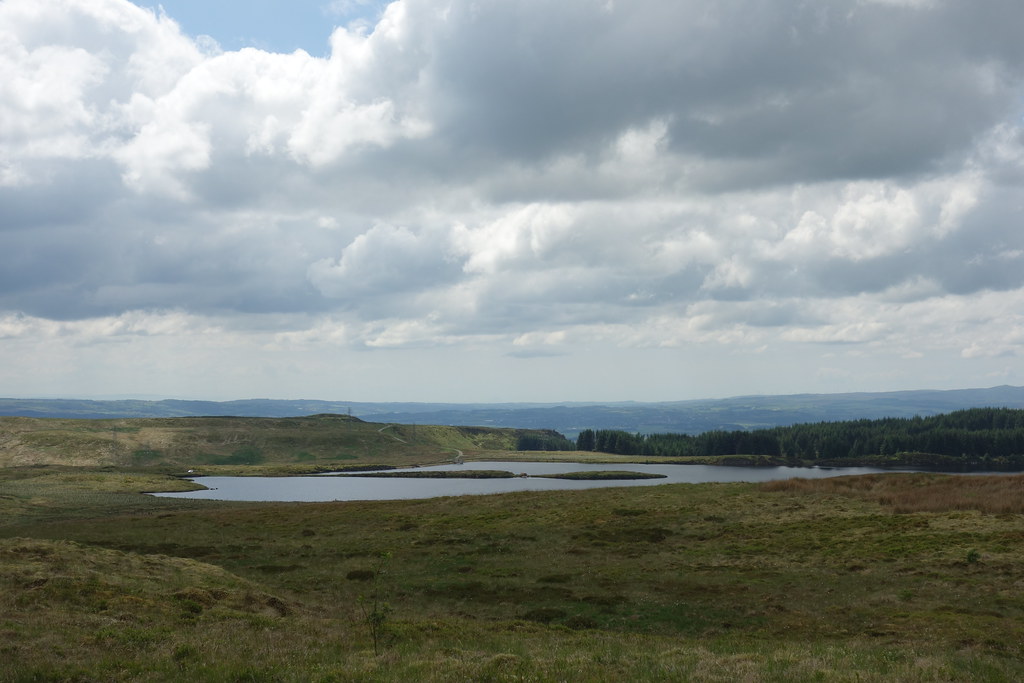 As we passed the reservoir there were lots of bags of rubbish where someone had spent time clearing up after people - sad that this is necessary. It really isn't difficult to take your litter home with you

We had been planning to take the track all the way down, but it was very busy and Malky spotted a wee path that looked like it might take us up along to the top of the crags. It did, and the views were definitely worth it! 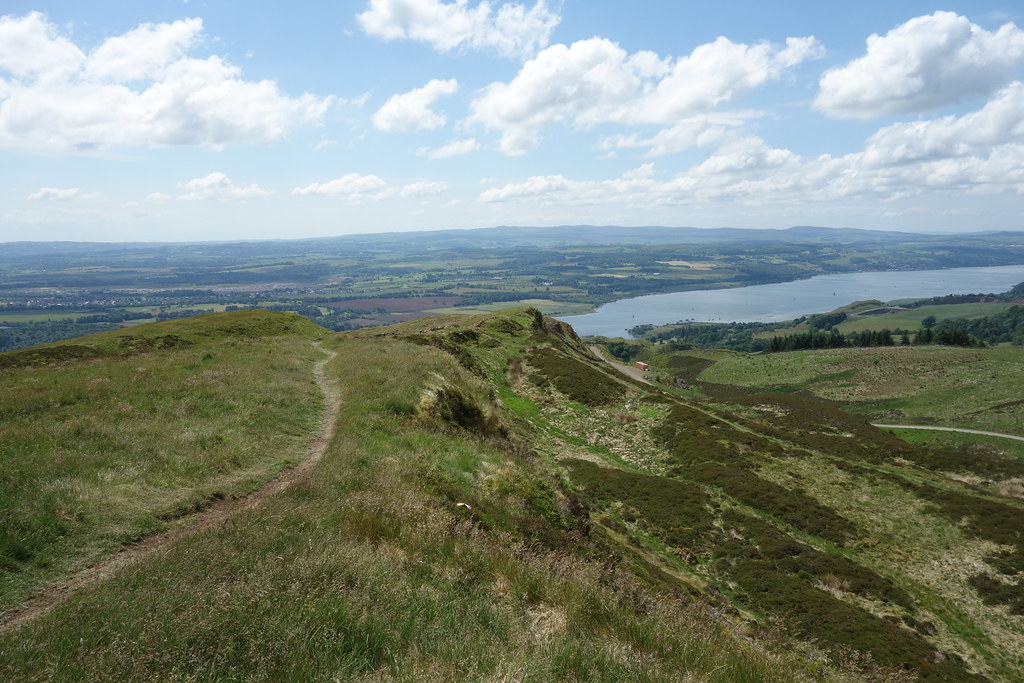 Looking down towards the Erskine Bridge again 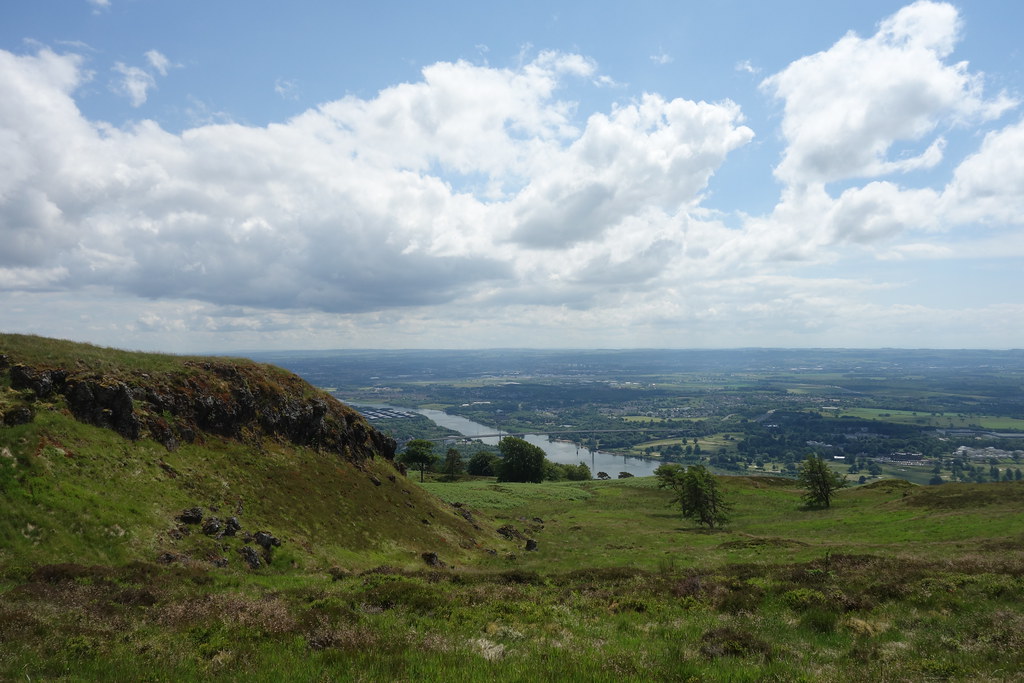 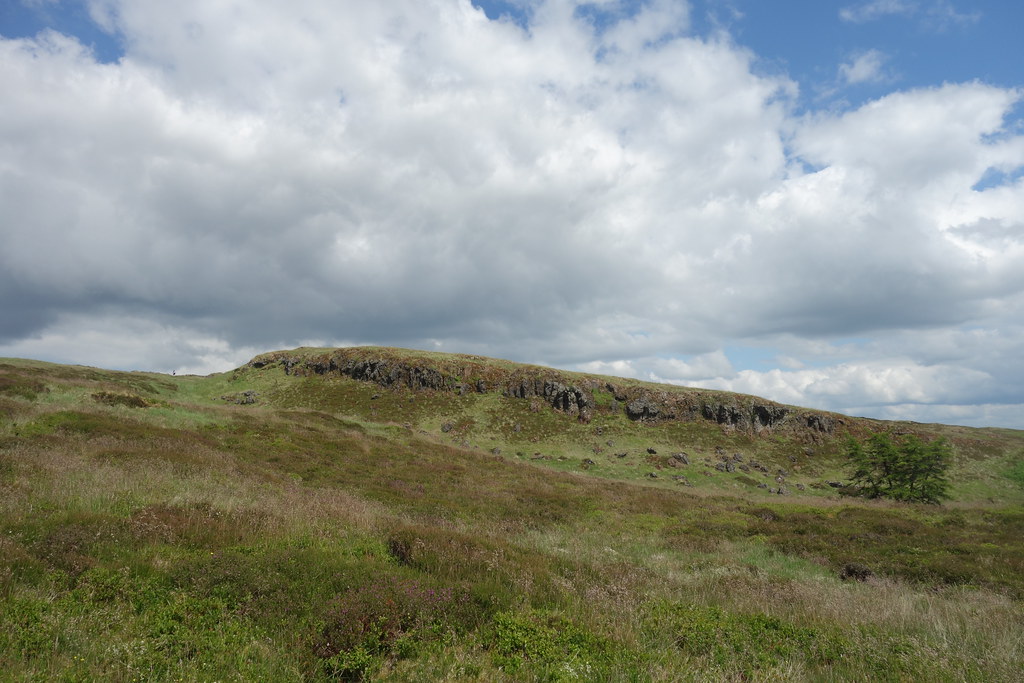 Although we had intended to drop back to the track, we found ourselves in a lovely maze of paths which took us into the trees 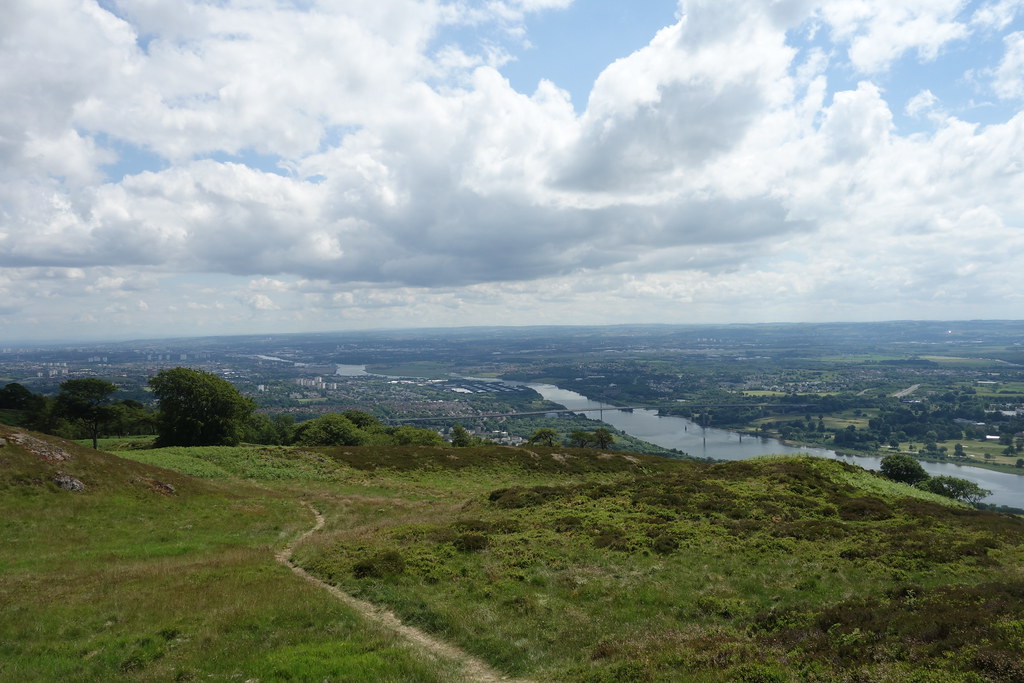 Looking straight across the river to the impressive Mar Hall 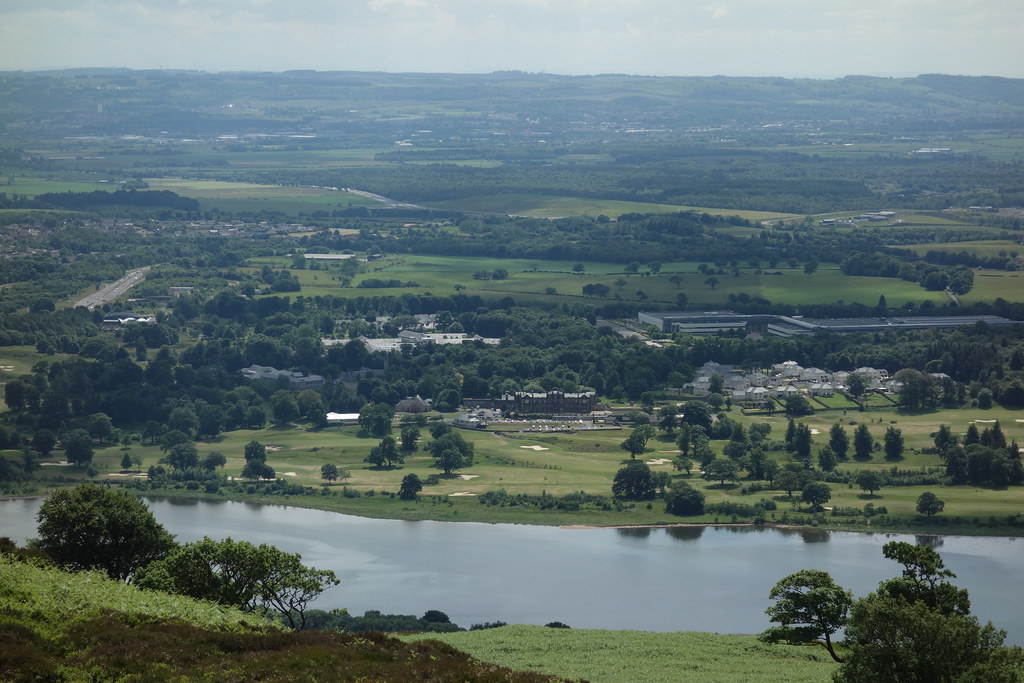 Some lovely flowers - I think these are foxgloves 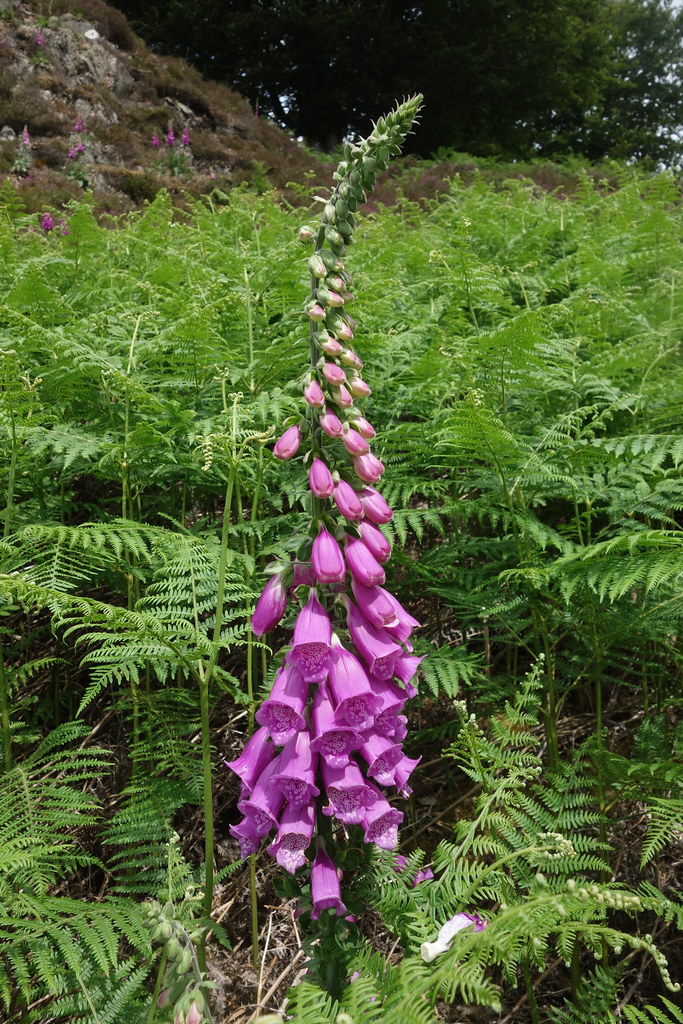 As it turned out, our cool wee paths took us all the way back to our bikes and dropped us at the gate 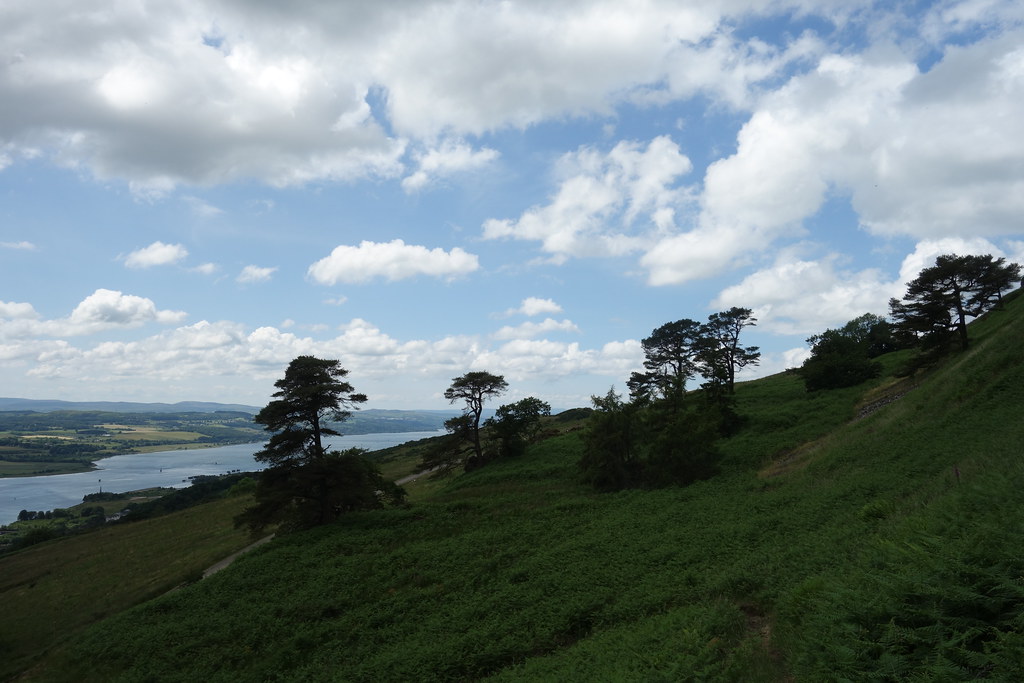 Happy to get out and up a small hill - hopeful that if fitness continues to improve, with care I might be able to get up something bigger this summer

Duncolm_and_friends.gpx Open full screen  NB: Walkhighlands is not responsible for the accuracy of gpx files in users posts


activity_5118307139.gpx Open full screen  NB: Walkhighlands is not responsible for the accuracy of gpx files in users posts