What the hell? A second visit to Corse Hill

What the hell? A second visit to Corse Hill

This is not a hill I expected to go up again, but it is convenient to Glasgow, and when you can't go anywhere else....

No actual walking in this report - we decided to cycle out to Corse Hill again for something to do. This time, rather than walking from Carrot Farm, we used our previous knowledge to pedal all the way to the summit, then pick up the spine road out to the Whitelee visitor centre. 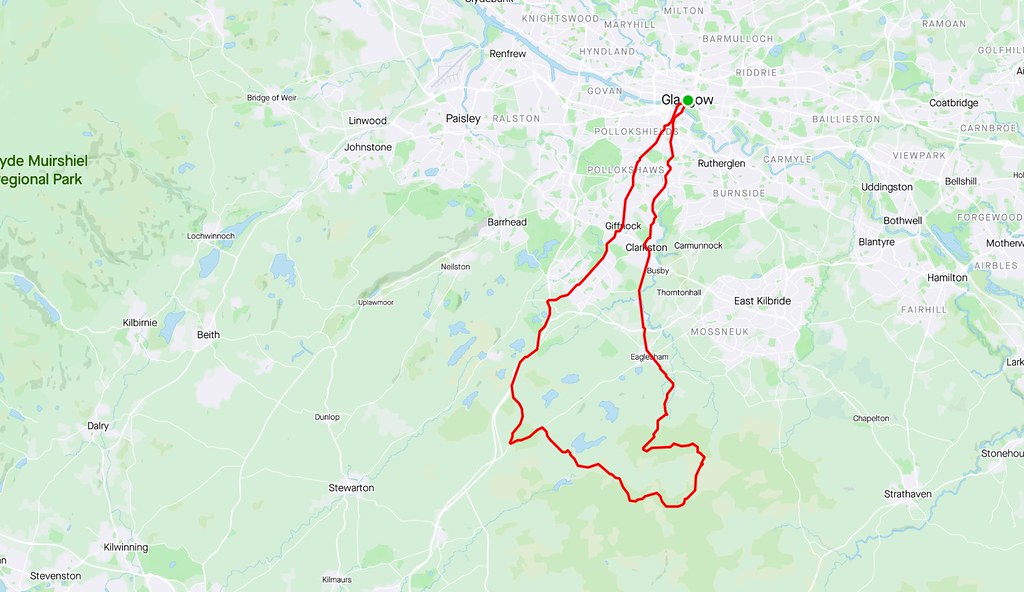 The way out was quite warm, and once clear of Glasgow there were threats of showers. However we were lucky and just caught a few drops from the edge of one of them. The roads became way quieter out the other side of Eaglesham, although the parking area at Carrot was impressively busy (a dozen or so cars). 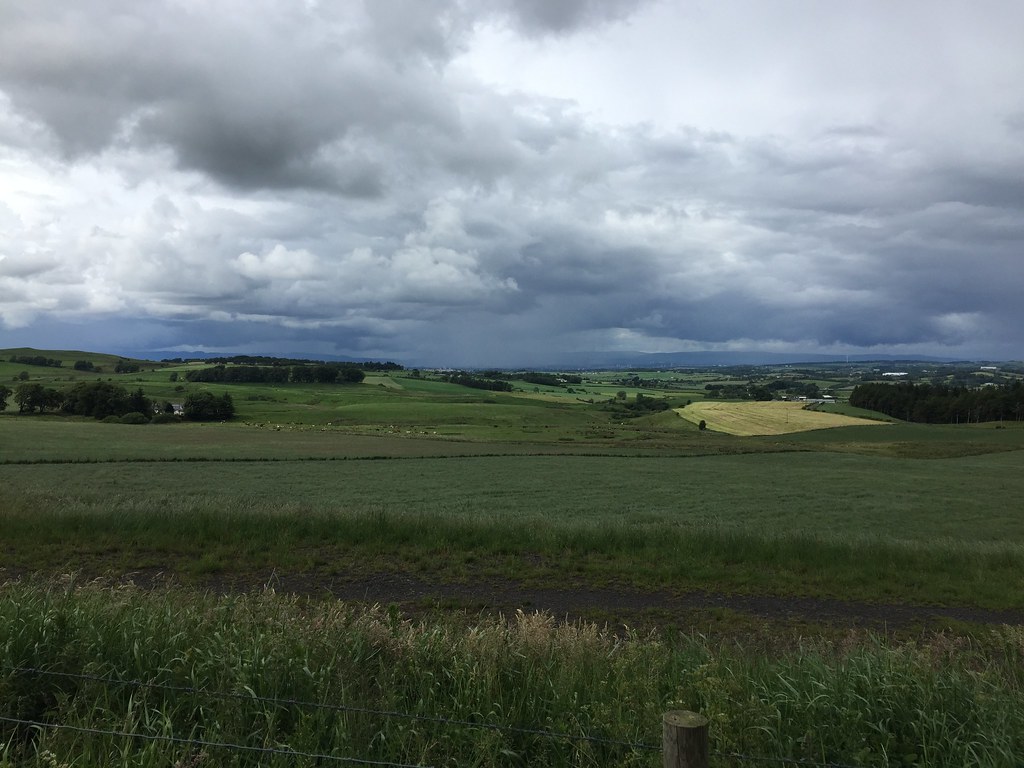 Rather than cycling up the most direct route, we headed east on a windfarm track not shown on my map. Before too long, we were on familiar ground, and able to cycle right up to the trig point. The weather was pleasant here, but just about all of the big hills were in the clag, making this a good choice. Despite the presence of rather a lot of turbines, there are some pretty good views when the weather permits. 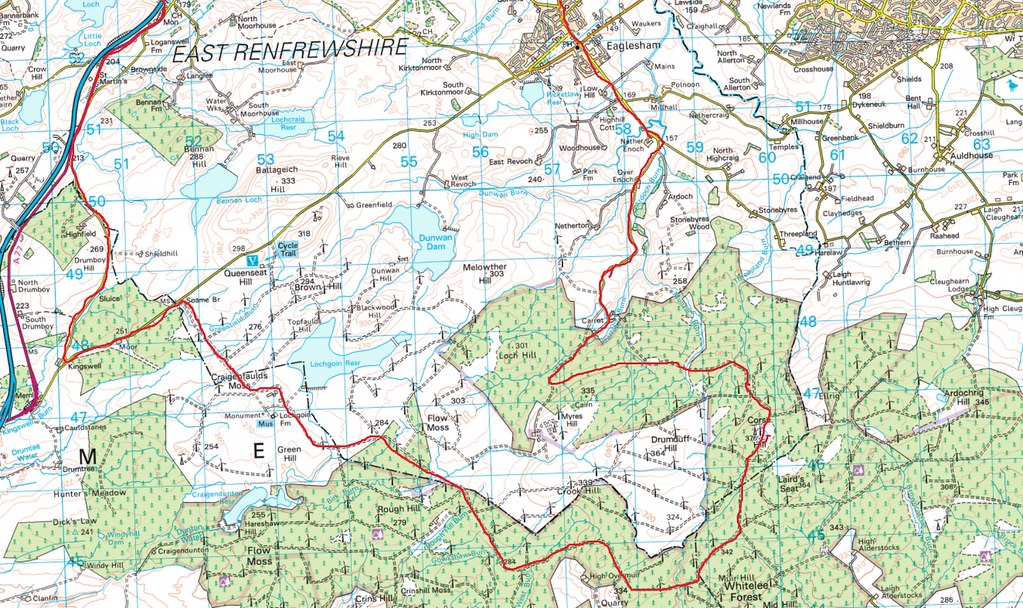 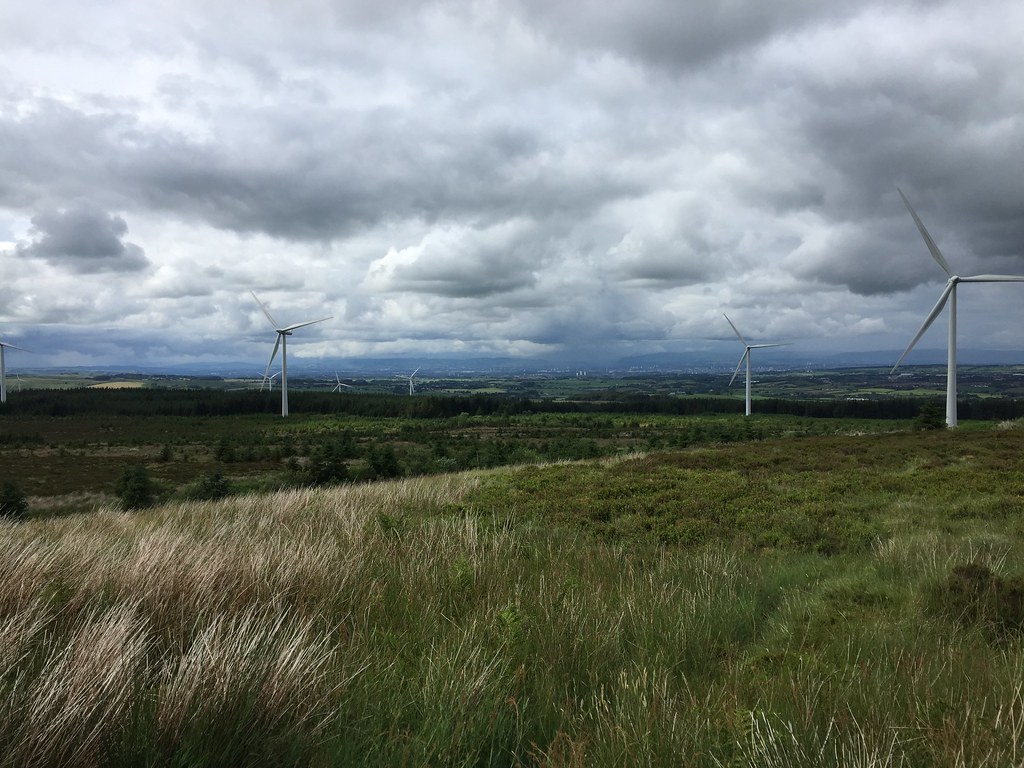 North from Corse Hill. Best views are hiding in the clag 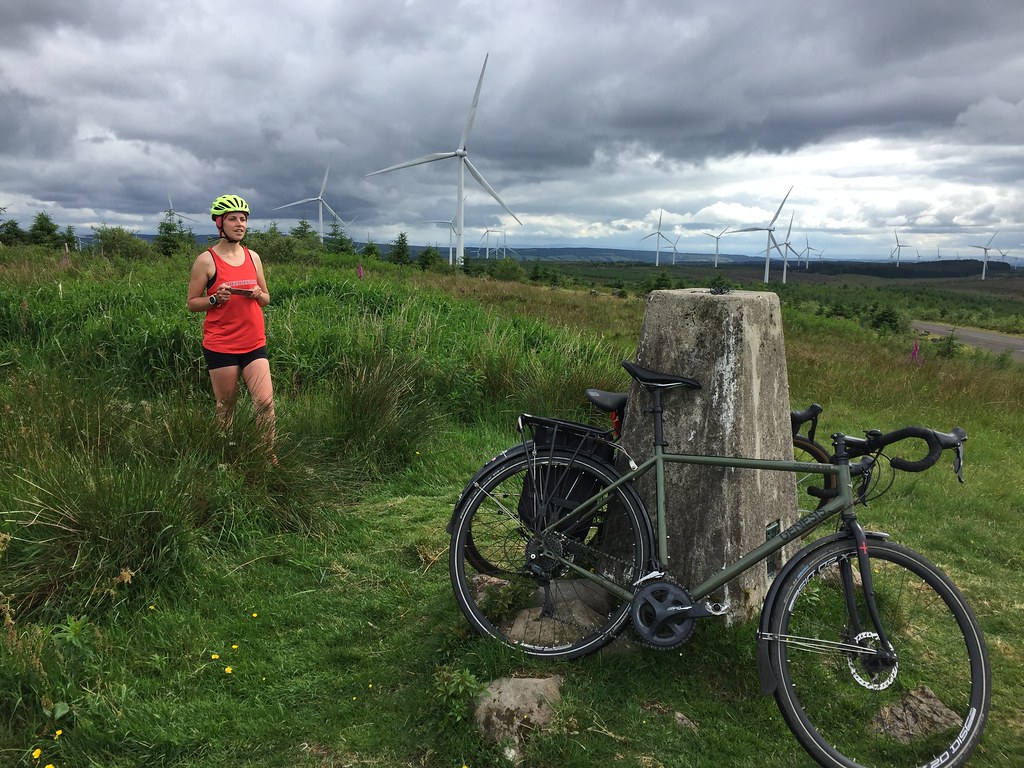 Dropping back to the track after a quick break, we followed it on a rather circuitous route past the Lochgoin monument and through hundreds more turbines. This was pleasant on the bike but would be a pretty tedious approach on foot. 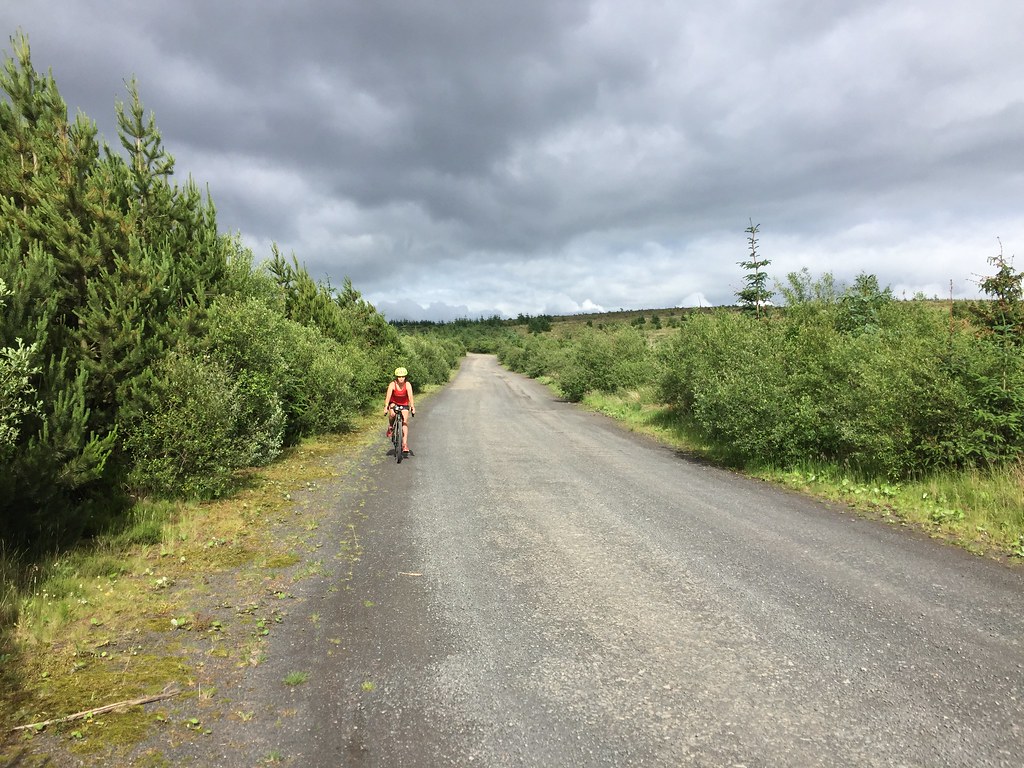 On the spine road 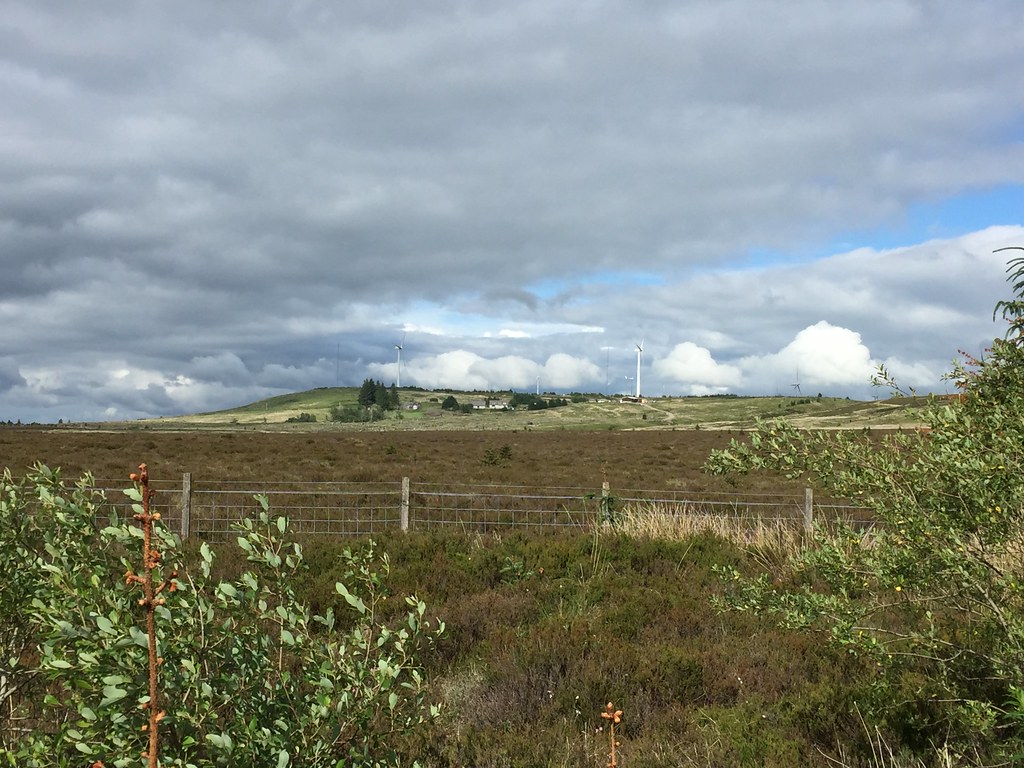 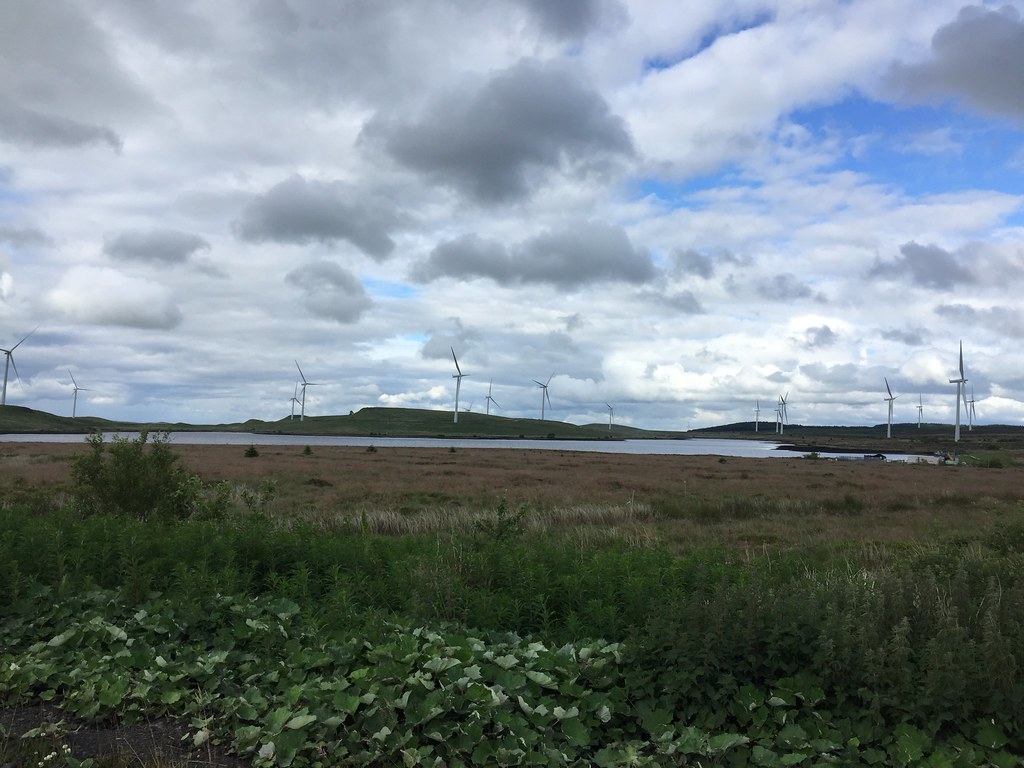 We popped back out on the road (the surface was probably worse than the track we had been on in a couple of places) and took a short hop through East Ayrshire before joining the A77. This is great now - a practically dead road with a dedicated, segregated cycle route along it. When I first moved to Scotland (pre M77), it was a horror to drive, being mostly a dual carriageway with no central reservation...a 'dead' road in a completely different sense, and probably not one to go anywhere near with the bike!

Fortunately it was all downhill with the wind behind us for the rest of the journey home, although we got hit by a short shower in Giffnock. With the end finally in site for travel restrictions, we hoped to get a bit more proper hill fitness in before being able to head north for the summer...