After Beinn a' Chearcaill yesterday, I thought we'd probably end up taking it a bit easier today. Jackie was up for another decent-sized hill though, so I suggested this one right in the middle of the South Glen Shiel ridge. As Munros go, it doesn't have a massive amount of ascent, and there are also reasonable paths on a couple of adjacent ridges. Jackie was determined to get a birthday hill in this year!

We didn't leave early, and it was getting on for midday by the time we left the car at the top of Glen Shiel. A few squelchy bits and a burn crossing and we were climbing the zigzags onto the end of the spur that would take us directly to the summit of Maol Chinn-dearg. 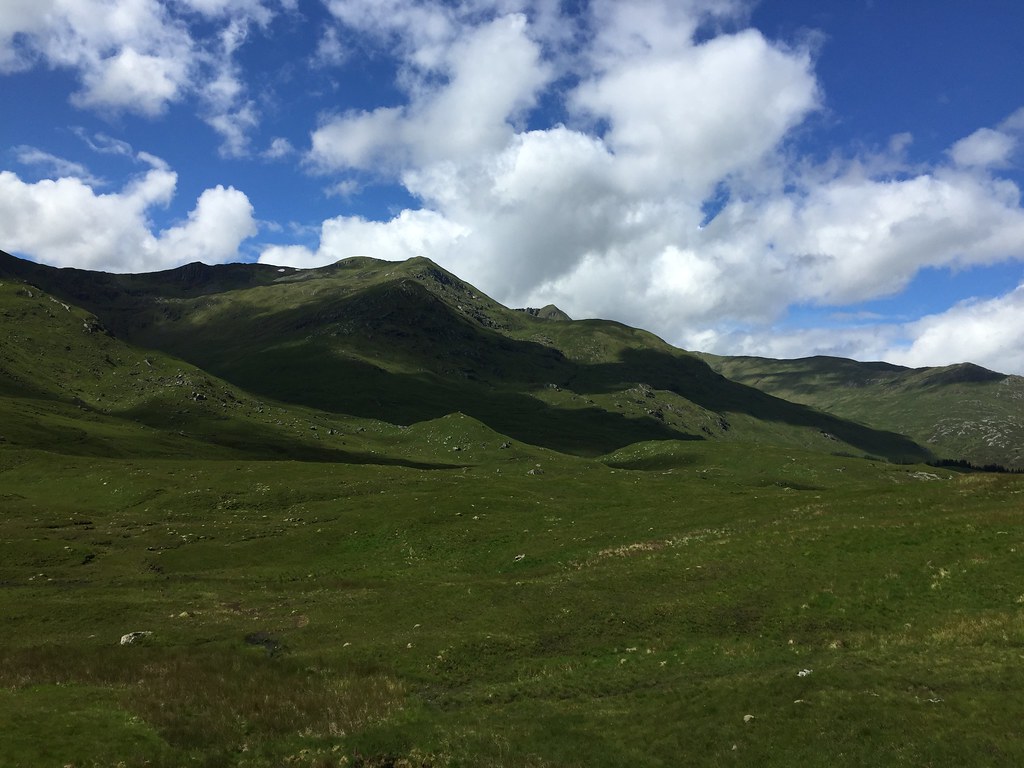 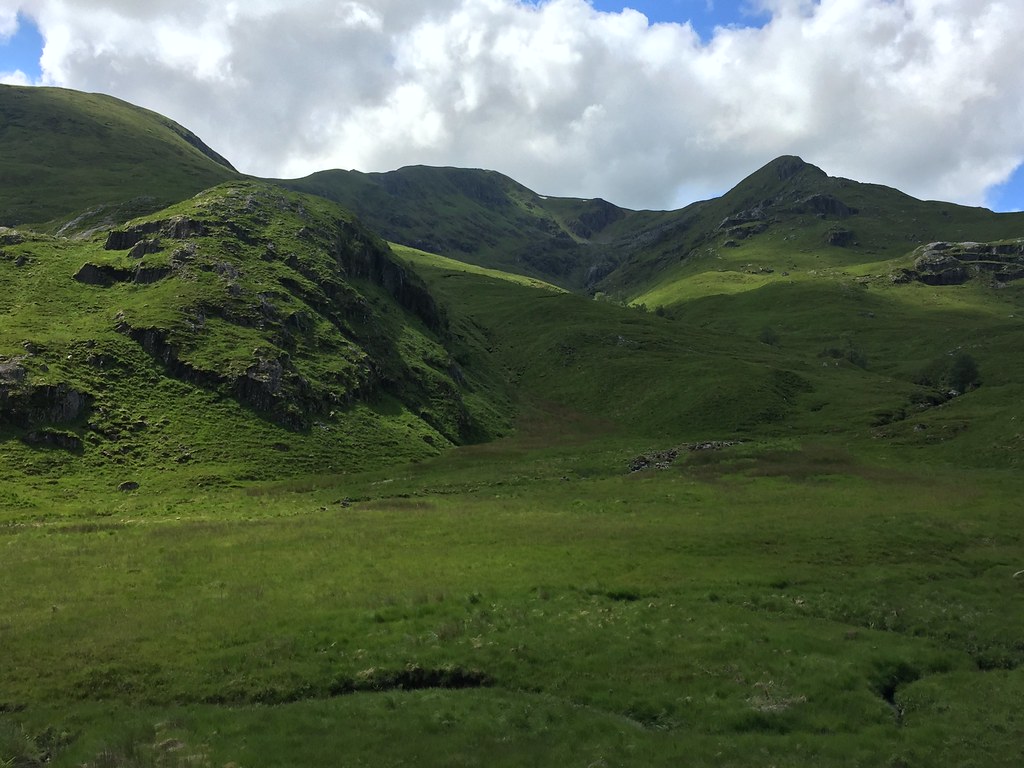 Maol Chinn-dearg and about 98% of our route 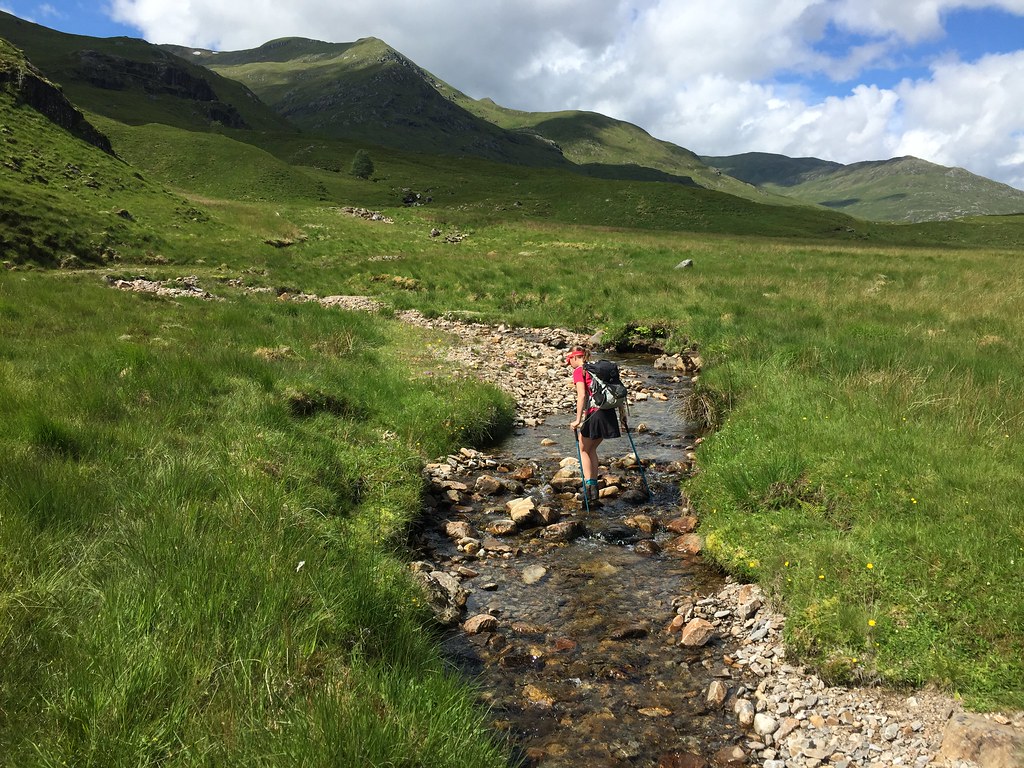 Hoping for a dunking... 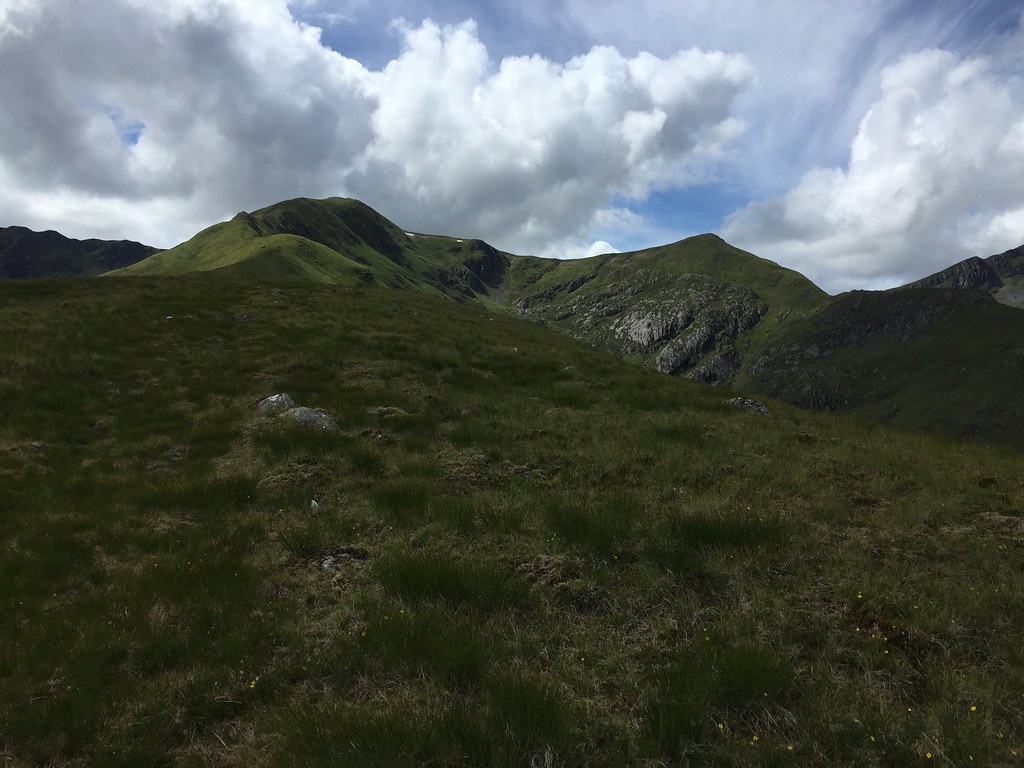 While this is steep, the zigzags take the sting out of it, and after an hour we were on a shallower section of ridge. 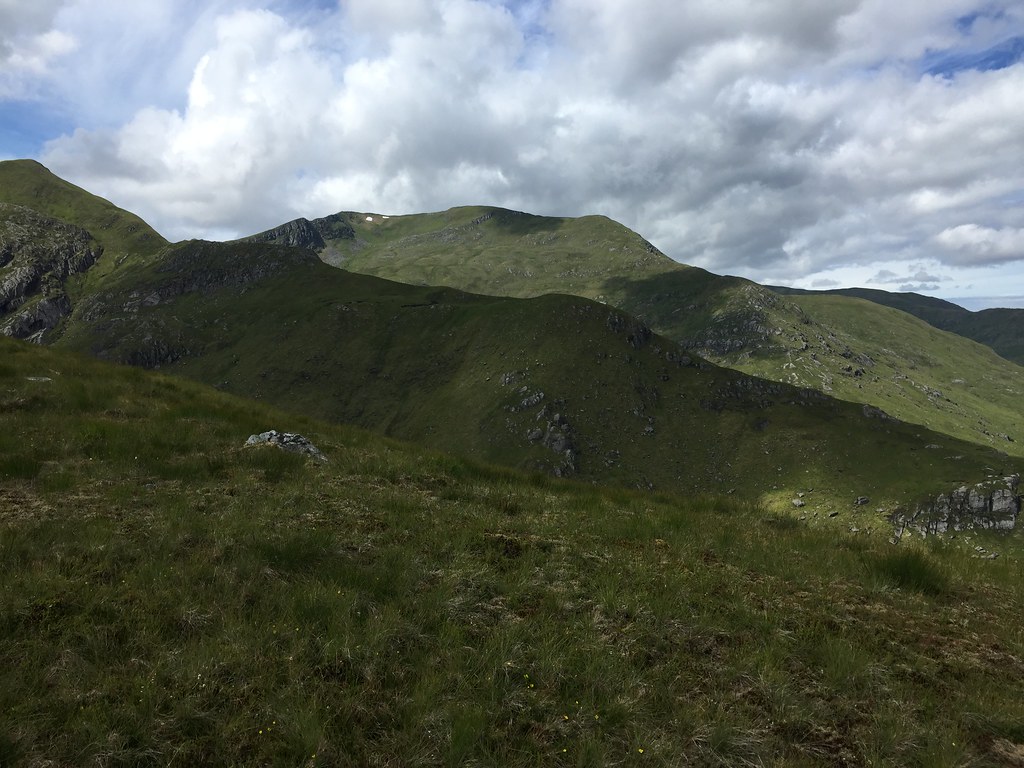 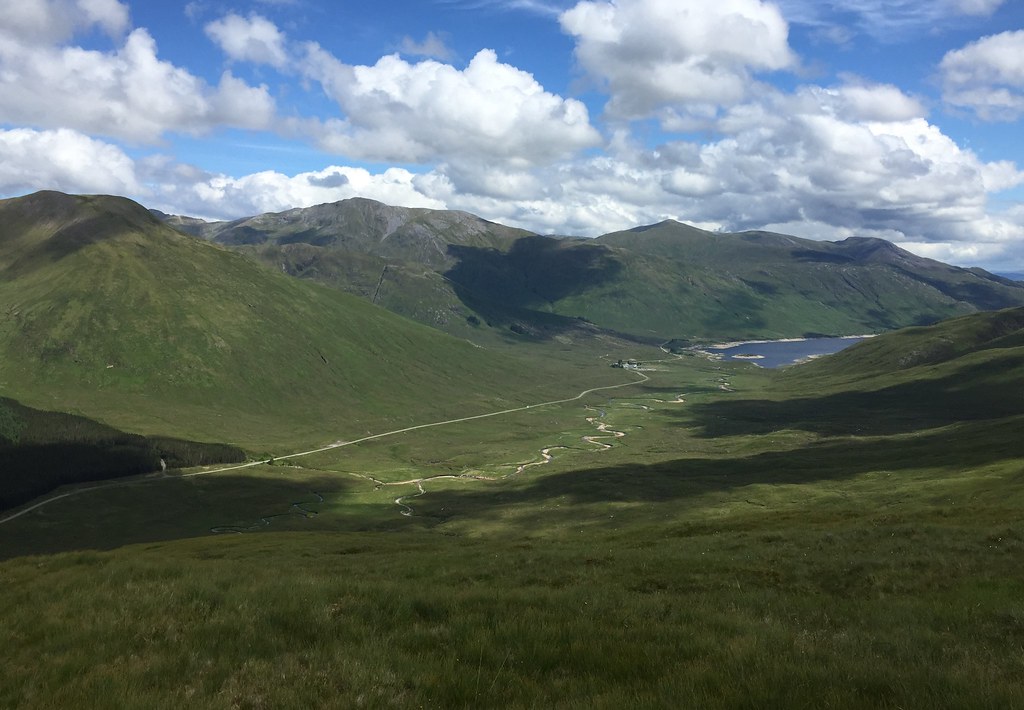 A' Chralaig and Loch Cluanie 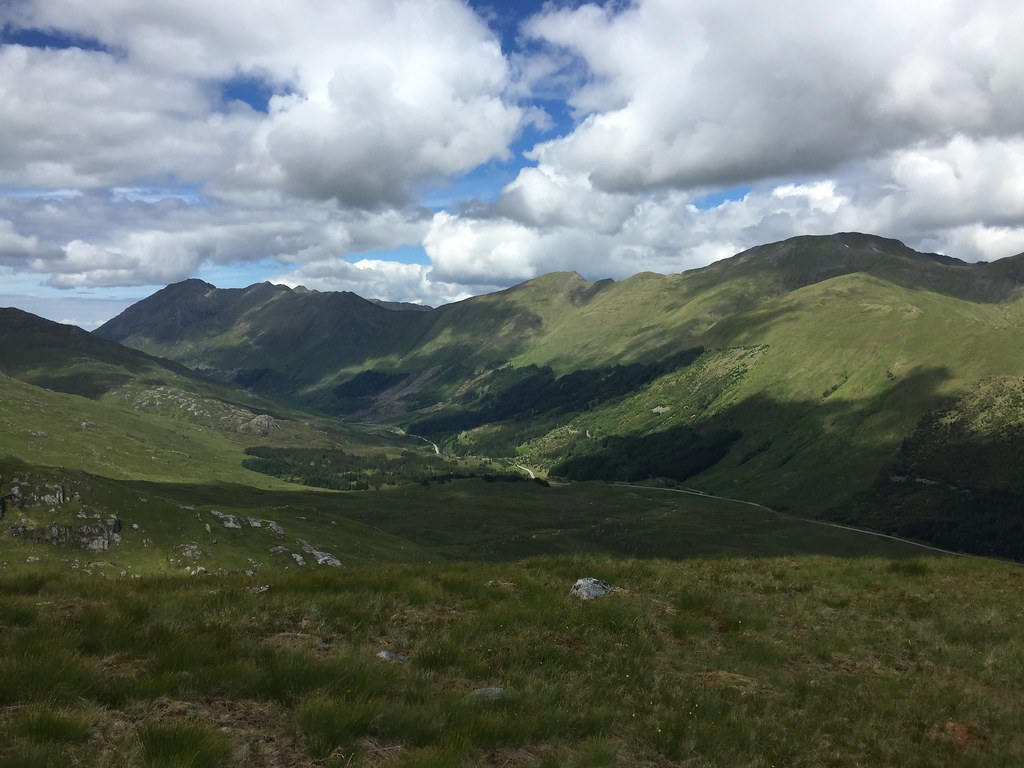 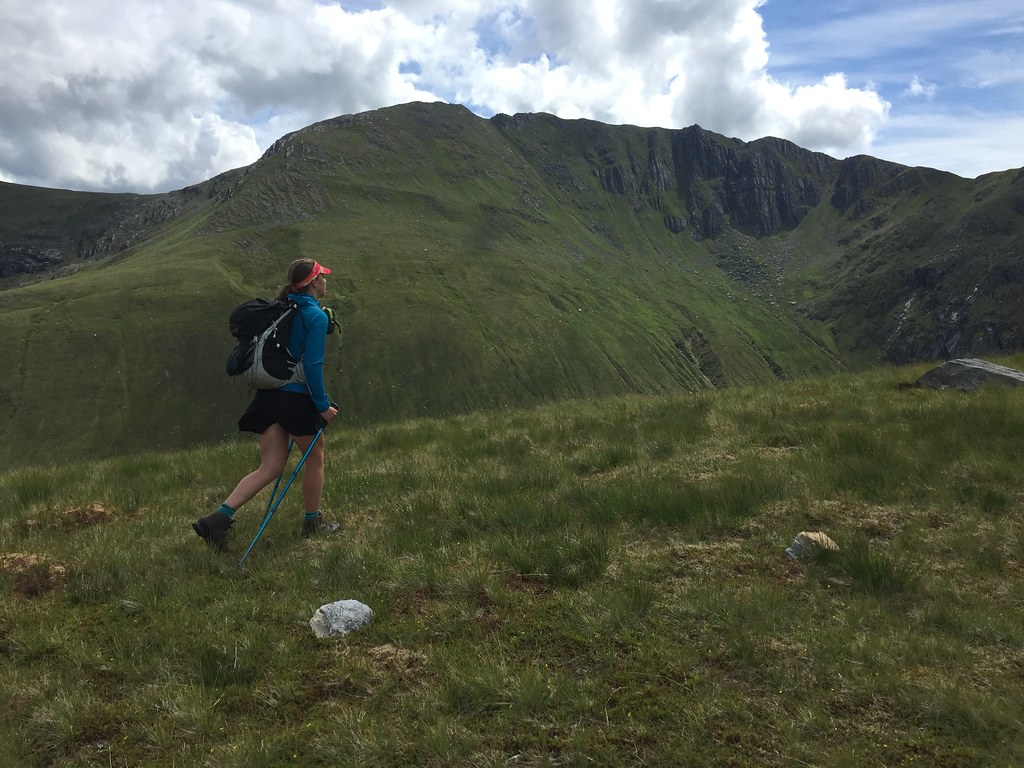 The upper section of ridge seemed to rear up quite brutally here, but it was easily broken down into steps, and always interesting. The only real sting in the tail was that the actual summit was set back (and up) a little further away than we could see. 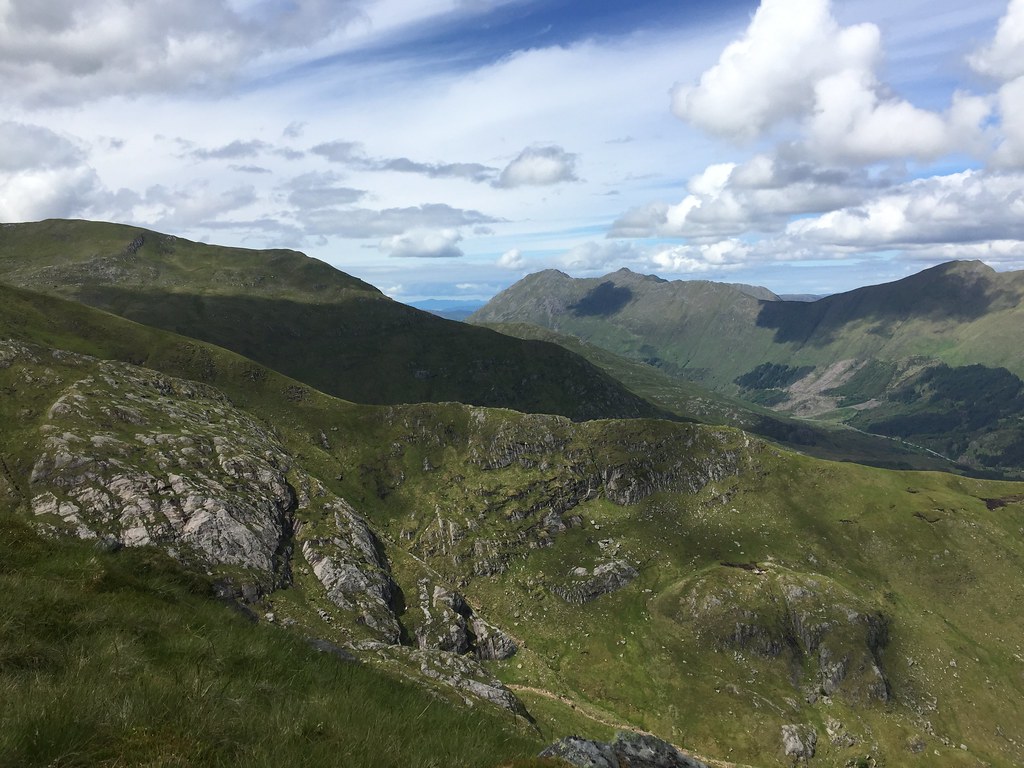 Out to Skye down Glen Shiel 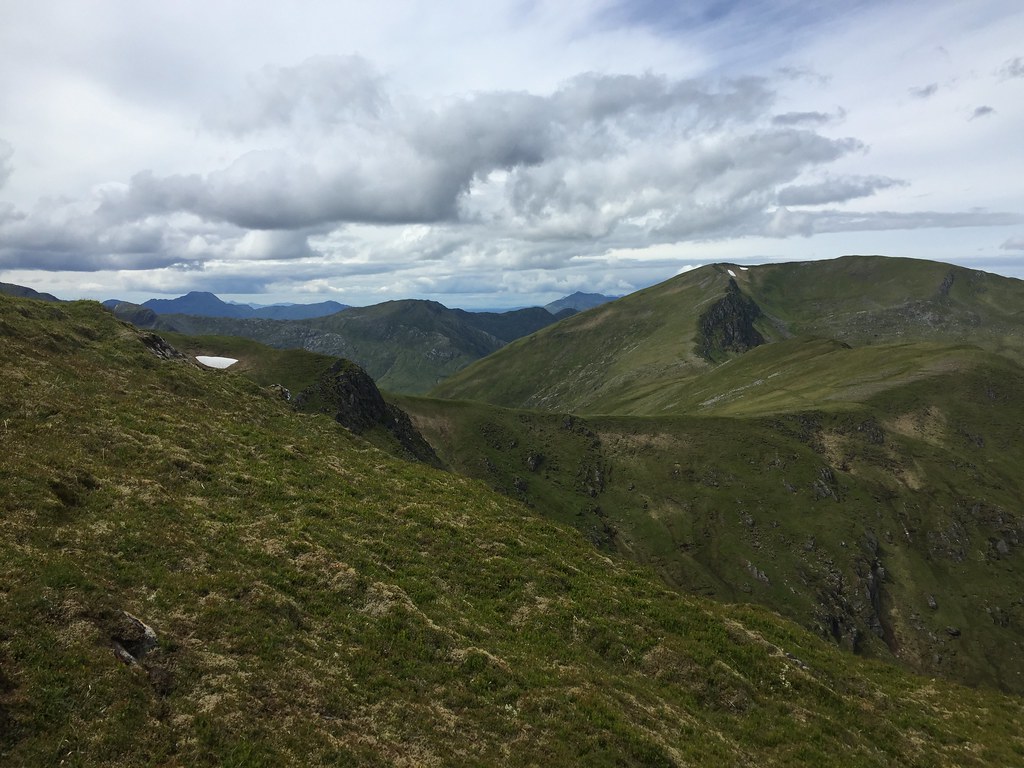 West along the ridge with Ladhar Bheinn on the left

While quite hemmed in, there is still plenty to see from here - not least Spidean Mialach and Gleouraich, as well as Ladhar Bheinn and South Uist through a chink in the skyline. We could see south to Ben More on Mull, North to Liathach and over to Ben Nevis and the Grey Corries too - not a bad birthday summit! Given that we weren't even expecting to be out of lockdown by this point, we were pretty chuffed. 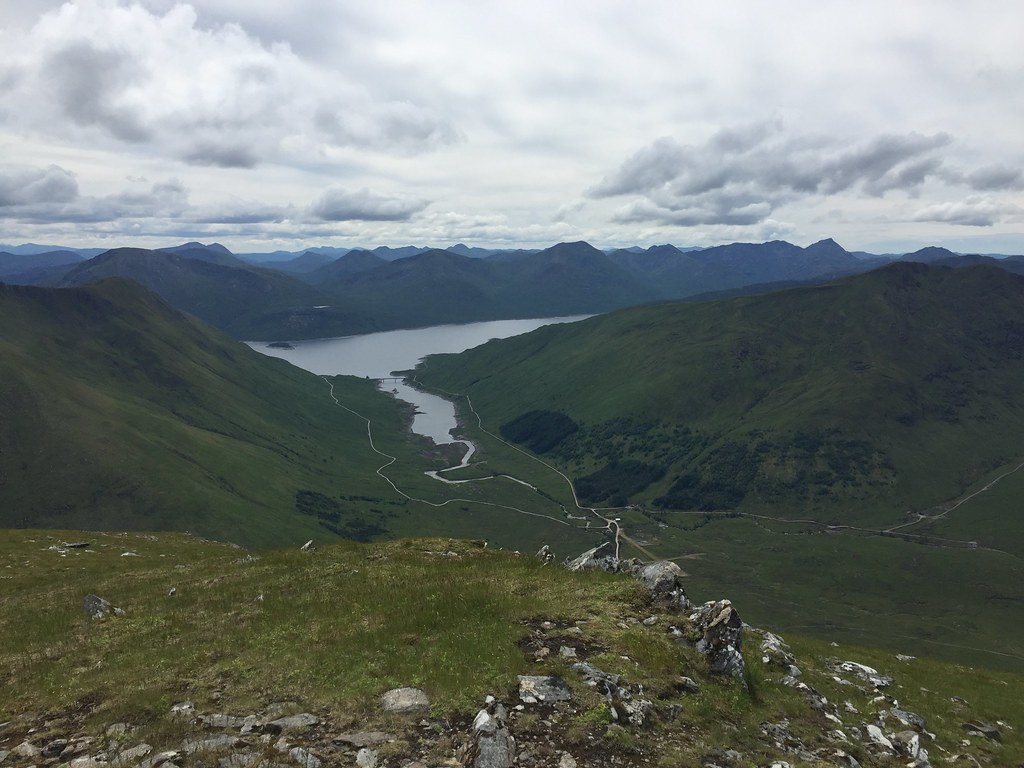 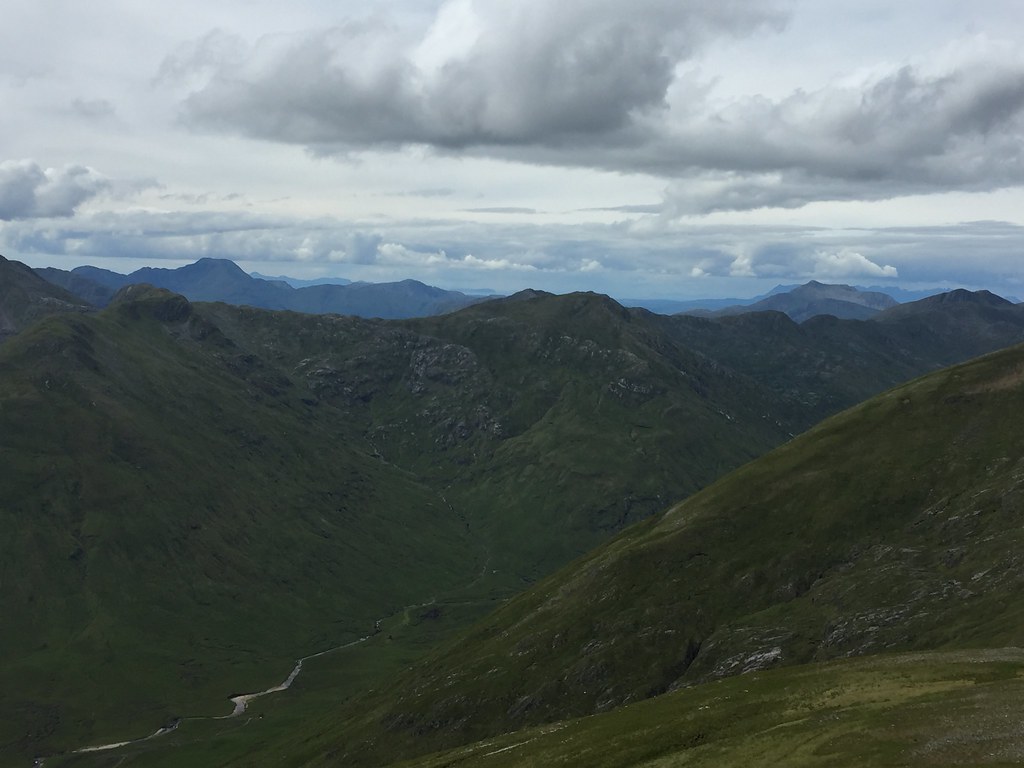 Ladhar Bheinn and some bits of Rum visible

Oddly despite some cold gusts of wind lower down, it was very calm up here - enough to have a few beasties lurking. We stopped for a little over half an hour before heading westwards along the ridge for a very short distance. 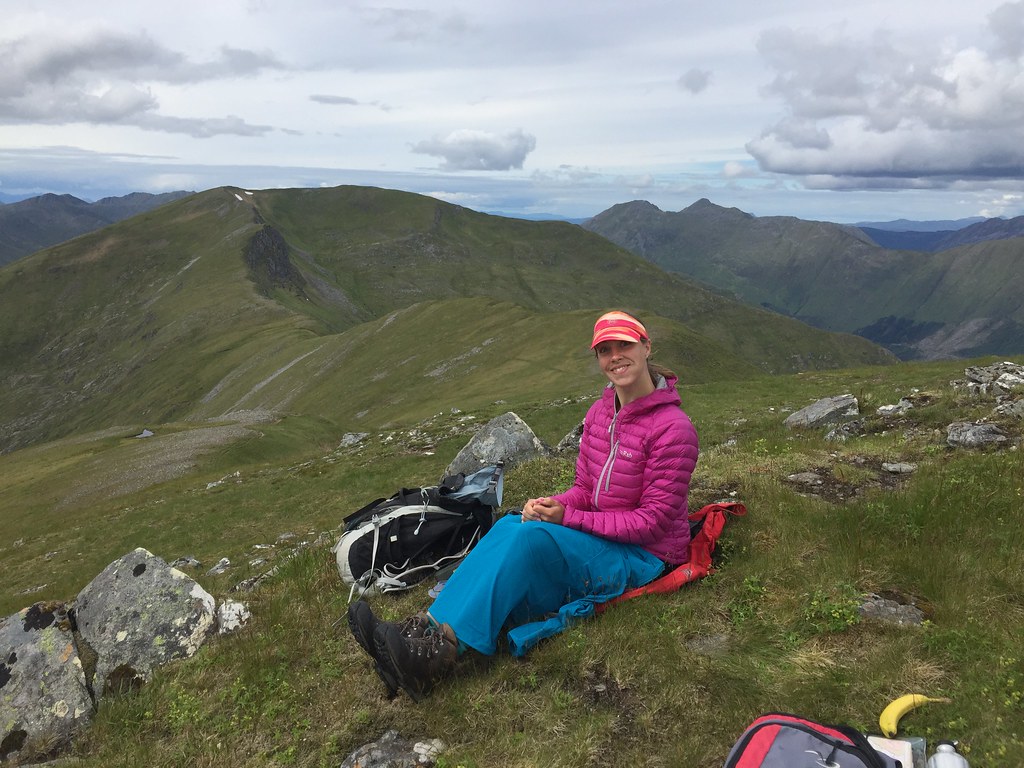 Birthday girl on the summit 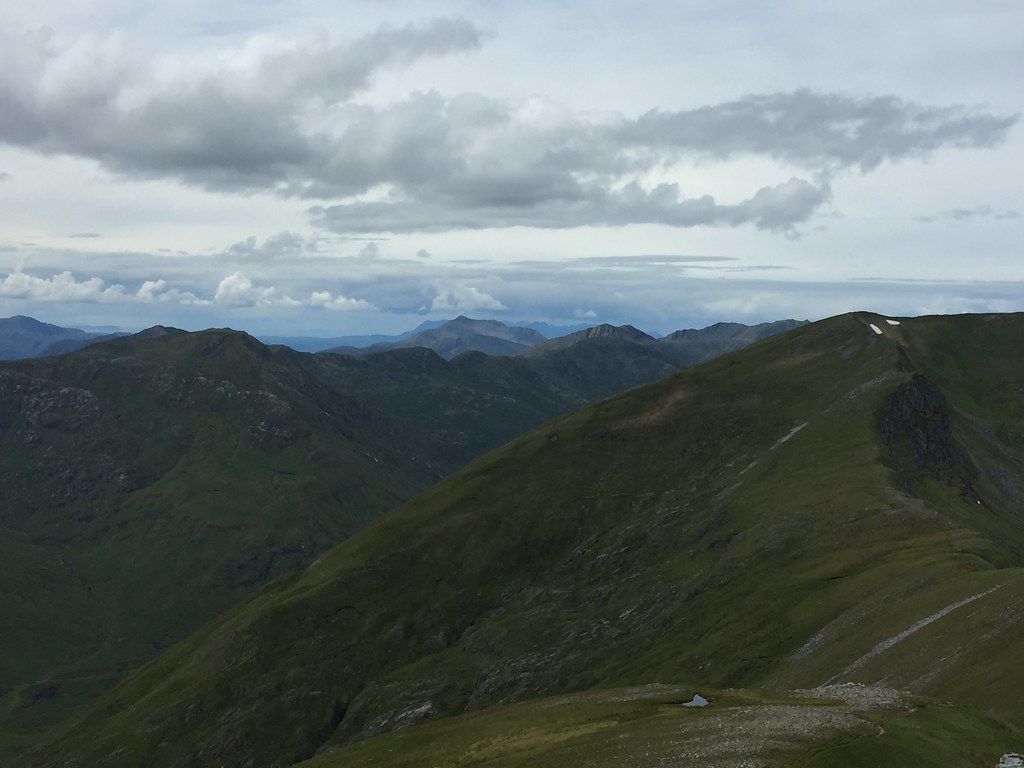 Panorama to the SE 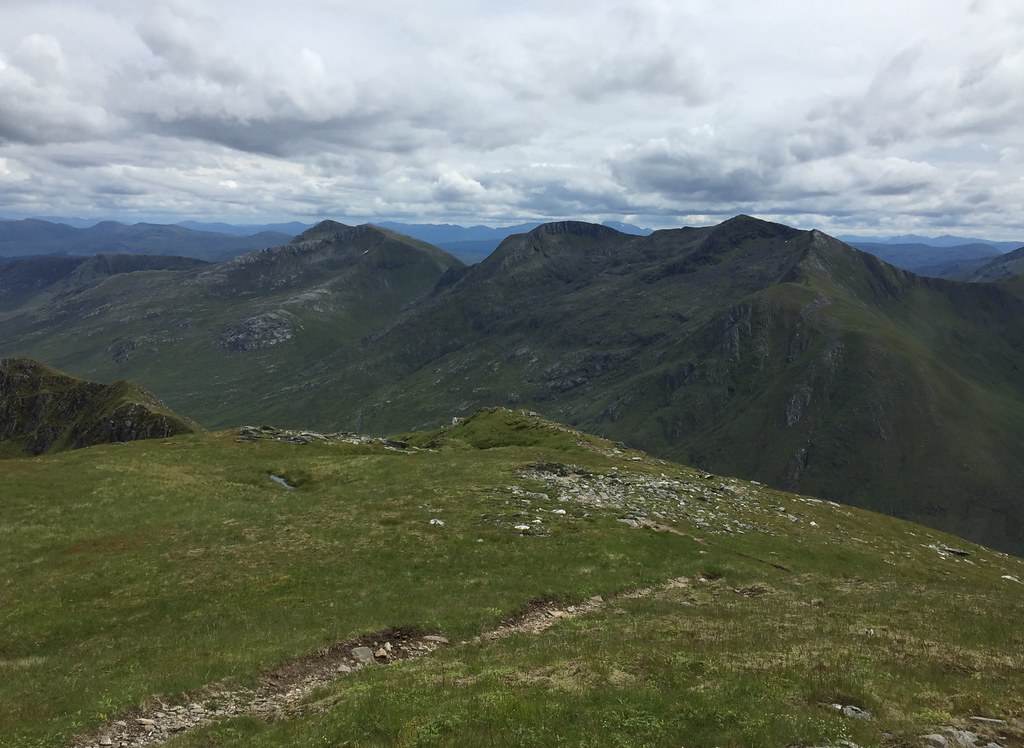 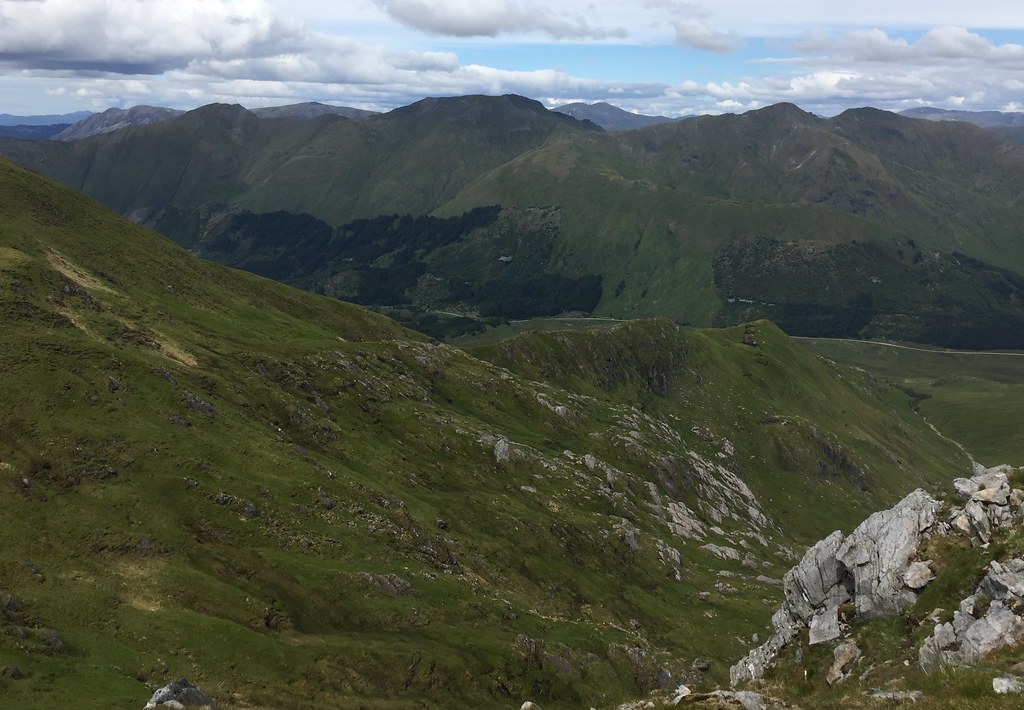 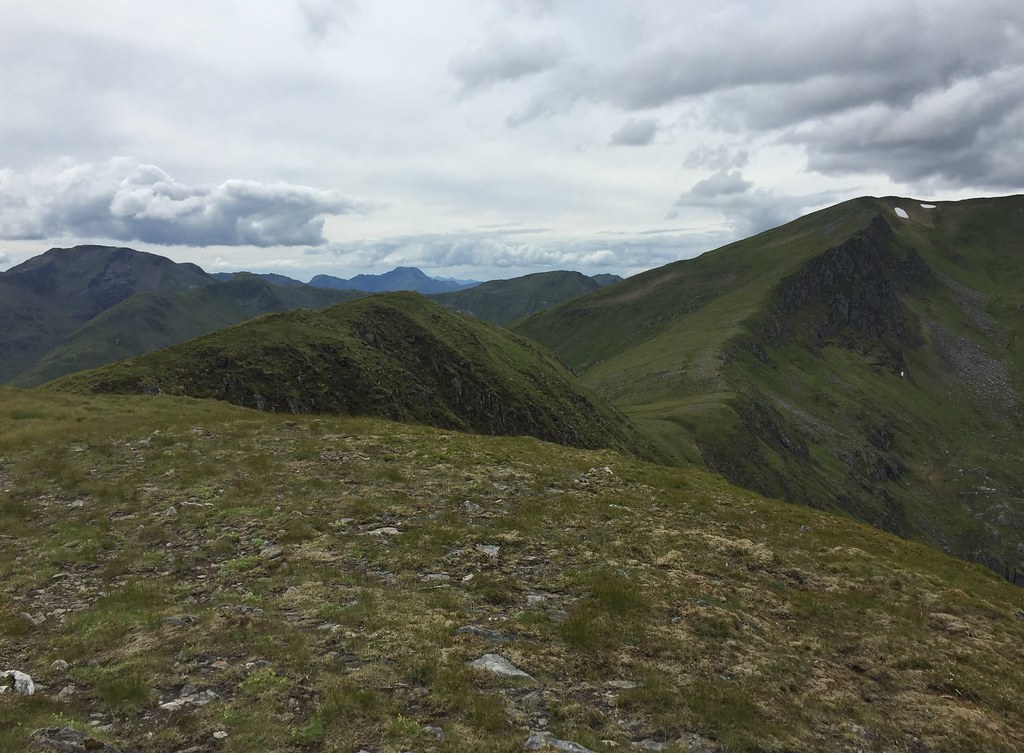 West along the ridge

We soon reached the minor bump of Sgurr Coire na Feinne, at which point we picked up a faint path leading down Druim Thollaidh. The first section was steep but lost us a lot of height, after which was an interesting narrow section. 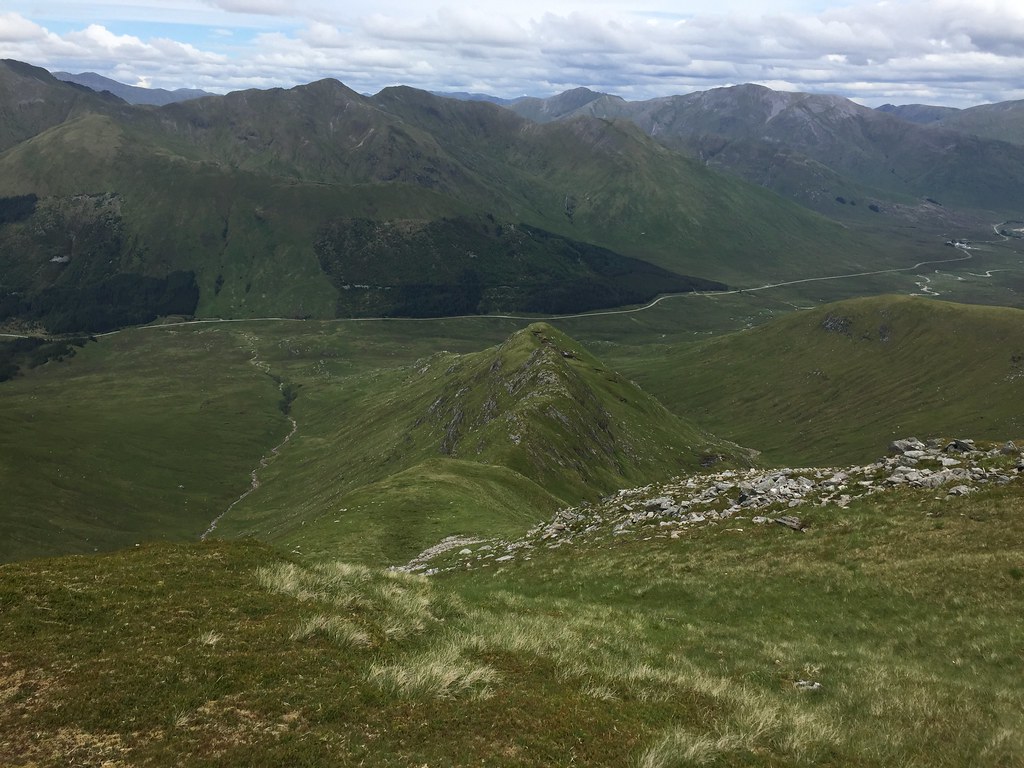 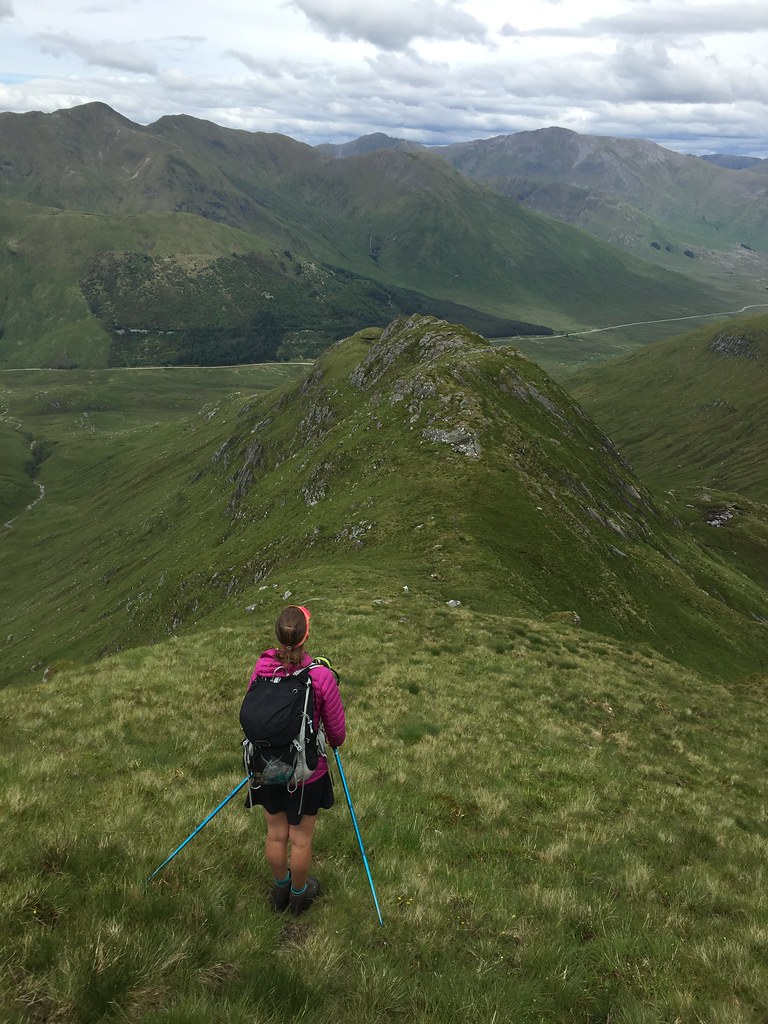 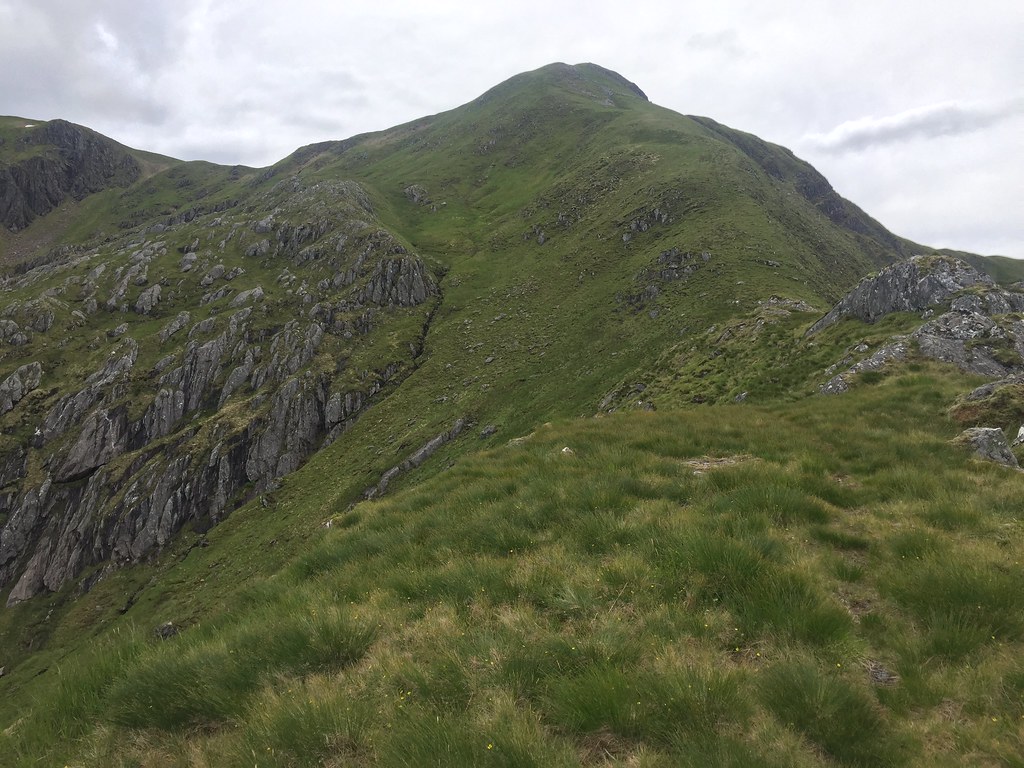 Back up Druim Thollaidh 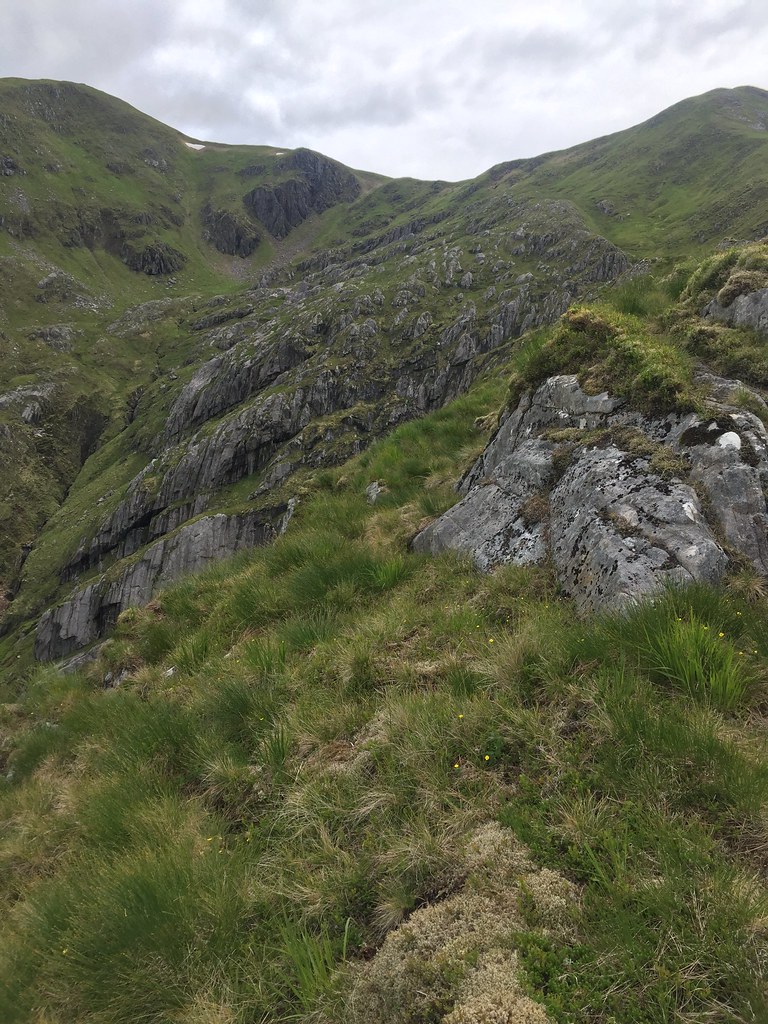 there were some great slab formations seen in the corrie to the right before we dipped off the left hand side of the ridge to avoid some crags. The path petered out for a short while before we picked up the stalkers path shown on the map. This was much less used than the one we had gone up, but led us nicely back to our outward route. 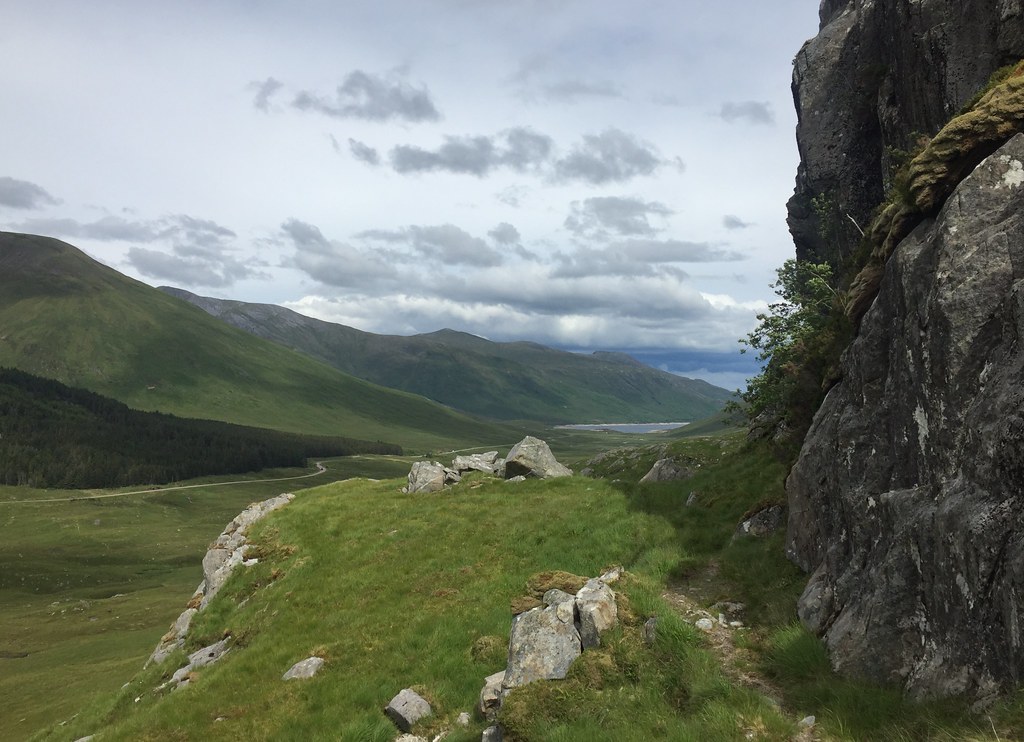 These hills on the South Glen Shiel ridge are great in ones and twos - lots of interesting routes available. We will probably be back for more at some point this summer.