Here we go another Sunday outing, this time to coincide with one of the trips up north by Martin. He had a few loose ends to tie up on Saturday but had a pass to escape and get some good old Scottish air into his lungs. The problem with planning a day out in advance is the usual spanner in the works - the weather. At the start of the week the forecast was promising but as Sunday got nearer and nearer the forecast got worse and worse, so we were prepared for doom and gloom and a good soaking.
We arranged to meet Martin at the Welly for a bacon roll and as he was following us almost from Callander there wouldn't be a problem with either of us waiting.
Glen Etive would be a new experience for Martin, so hopefully he was impressed by the bendy single track road and the umpteen wild campers. After parking in exactly the same spot as last Sunday we were on our way just before 9am.
Parminder and I opted to don our waterproof trousers from the off, George was prepared to get wet legs in the hope that his trousers would dry ultra fast and Martin decided to keep his trousers in his rucksack.
Our plan was to follow last weeks route towards the base of Ben Starav, rather than do Starav again we would be continuing up the glen and then turning left further up the glen into another glen.
One thing that was very evident was the amount of rain that must have fallen in the west in the last week and that would make for careful descending especially on rocks and grassy slopes.

Fisherman's hut on the River Etive, looks like a bus stop

One happy bunny, getting proper fresh air into his lungs and plenty of it later

Plenty of water this week, what a difference a week makes

George leading the way as usual

It was about this time that Martin decided to struggle into his trousers and about 400m decided that the trousers were a tad on the small side for him, so he then struggled to remove them.

First of a few river crossings

The way ahead and up to the ridge, that was the plan

Blue sky - had to take a photo 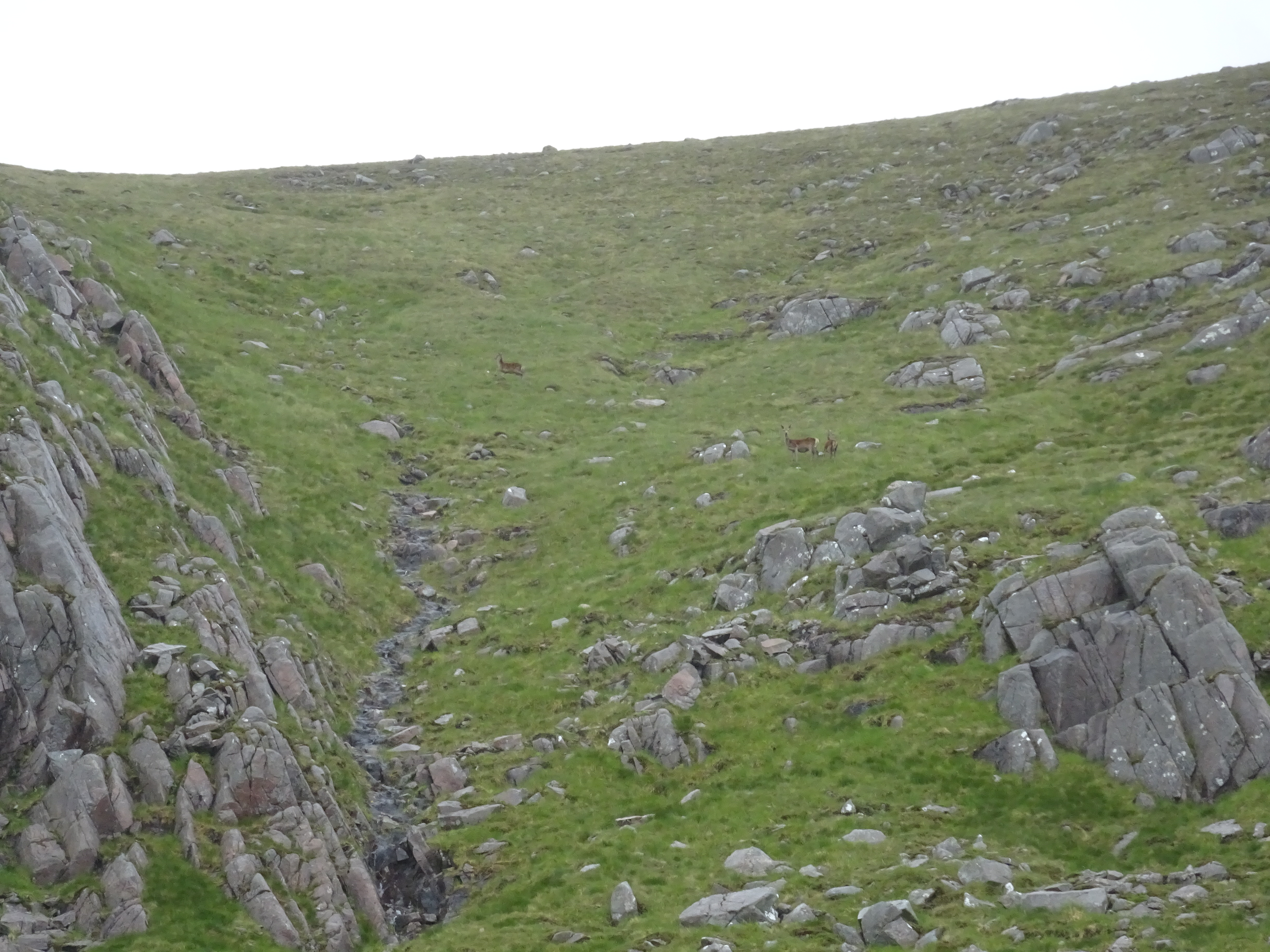 The locals - zoomed, would soon be romping up the hill

Looking back down at the 2 teenagers 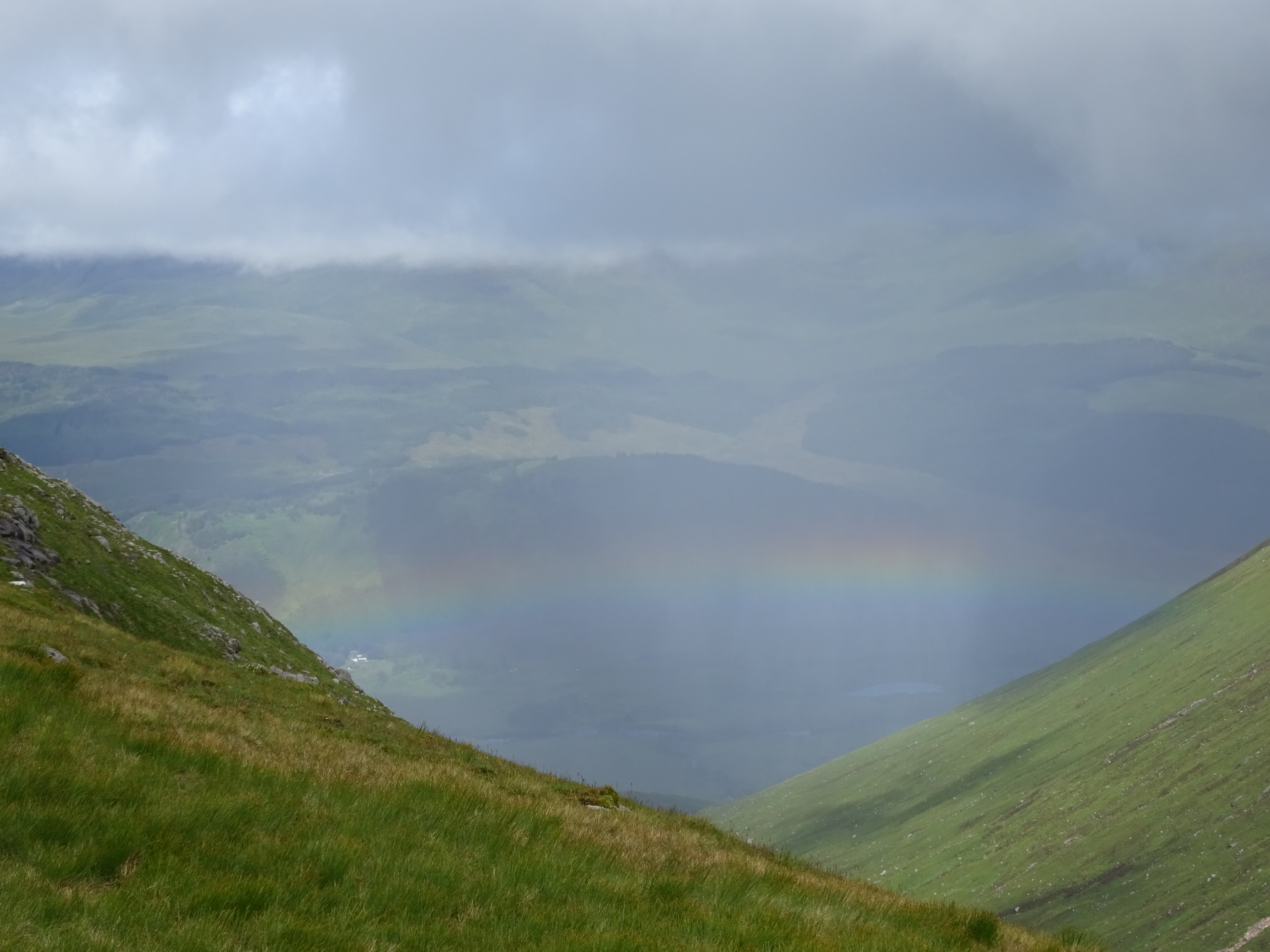 Looking across to hill number 2, also kind of shows the angle of ascent

Looking back down - another shower heading our way

Rainbow again on my phone this time

Atmospheric view to the SE

Quarter view to the SE 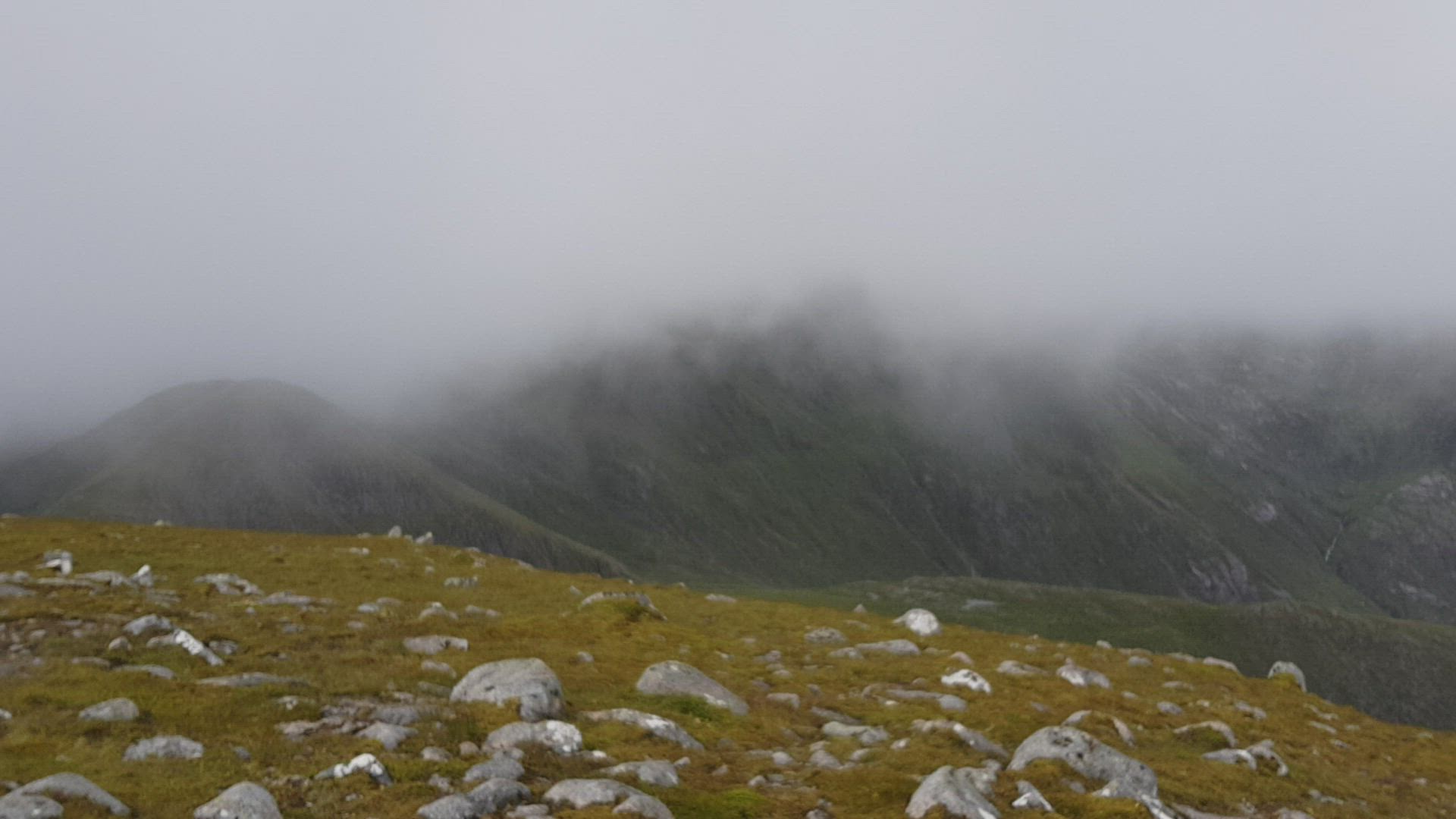 Video on the summit of Glas Beinn Mhor

Looking across to our next wee ascent, aim for the zig zag path

Descending off the shoulder of Glas Beinn Mhor

A quartz seam in the rock

Looking down on the zig zag

Looking back to Glas Beinn Mhor

Next shower about to assault us

Not quite sure what George is up to? Sit up's with a difference with Parminder supervising

George trying out a different pose on the small summit area, doubt if that will catch on either

Looking across to the 3rd and final hill Meall nan Eun, with a bump in between that needs to be ascended & descended

Looking back up to Stob Coir an Albannaich

Yes we came down that, picking our way down the grassy bits

Looking back again, our second summit has disappeared

Looking back at the wee hump, doesn't very wee from this angle

Looking back to the first 2 summits

Martin just pointing out the way down

The way ahead from lower down

It may look like fun but it wasn't really

One of many water features, spoilt for choice

Good path all the way back to the car

Parminder & George trying to work out who is missing, as the style was put there for a reason I opted to try it out

River Etive, so not far now

Another river, luckily with a bridge over it

One last photo of Ben Starav, what a hill 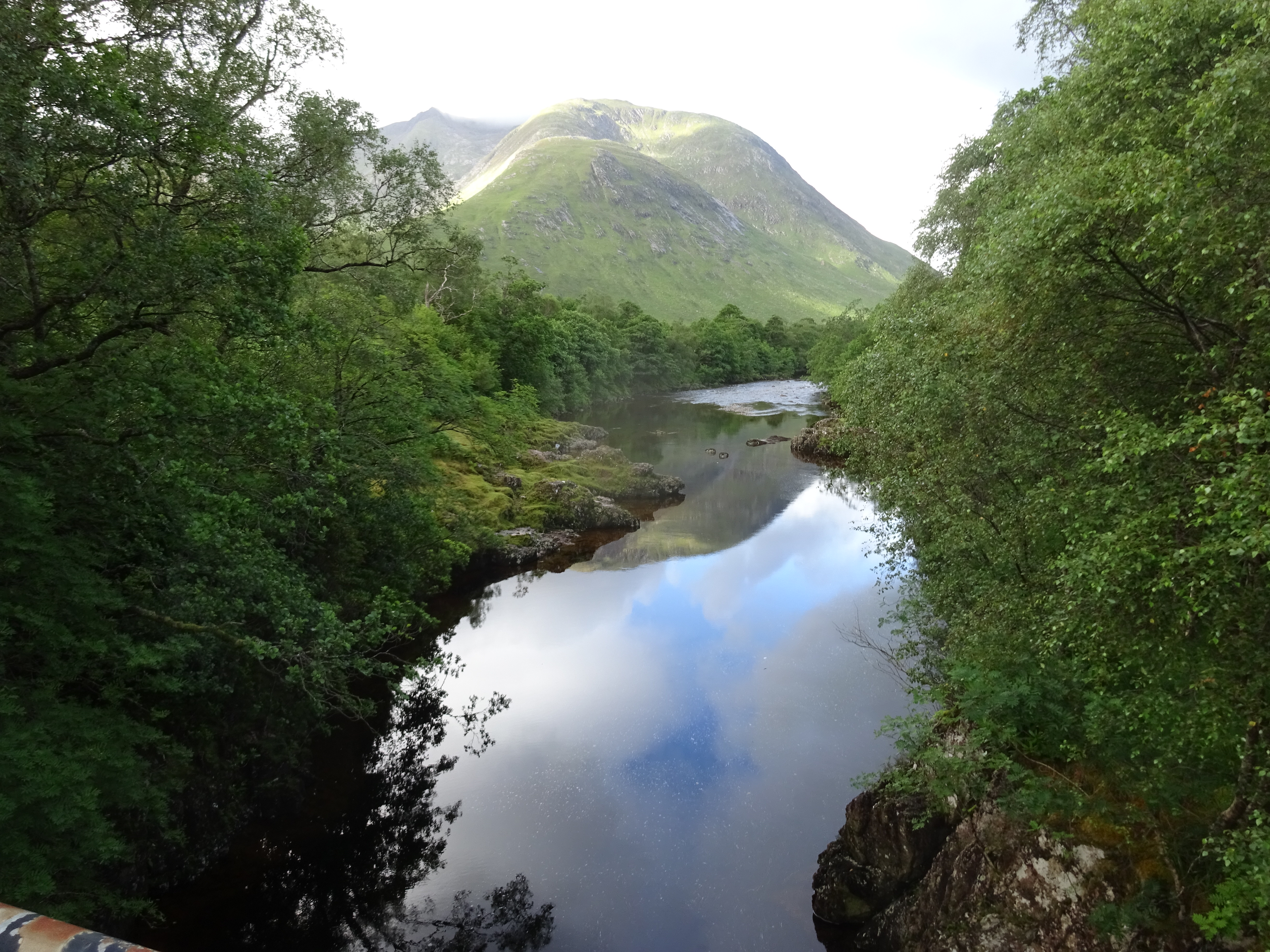 Turned out to be a cracking day out and we actually met quite a few other brave souls who were only tackling the 2 eastern hills. Thanks to Parminder for being duty driver and to Martin for providing the entertainment in more ways than one.
We had a really good plan of dining at the chippy in Calendar but there would be a spanner in the works. All going well until we reached Lix Toll only to find the road was closed, we arrived at 7.10pm and the road closed at 7pm, so what to do? Martin opted to turn around and head back to Crianlarich and then down past Loch Lomond, we opted to head through Killin and alongside Loch Tay. I checked my phone and searched for a chippy that would hopefully be on our route. Found a place in Aberfeldy so we ended up stopping there and it was very welcome (thanks George).
Next was the rest of the detour down the A9 etc etc.

Good summary of a fairly tough day Martin, well done. An extra special well done too for young Martin having not been out on a Munro since the WH Meet last year.

Well done to young Martin for tackling 3 hills after a long absence,

GUYS, Thanks for your company on a BRAW dayout,