Our first trip, post-lockdown, was four nights in the caravan at Moffat. We'd lined up a repeat visit to the Grey Mare's Tail and Loch Skeen, which we duly achieved, but smirry weather and low cloud drove us back from a trip round the Craigs. I'd decided the Devil's Beef Tub would be preferable for the Saturday, without the parking congestion we would have no doubt encountered at the Grey Mare's Tail - it was bad enough on the Thursday.
So, promising weather and off we went. The route starts with a hike along the banks of the River Annan. Along the way it passes under the old bridge that once carried the A701 over the river. Rather confusingly it is shown on the old OS maps as 'New Bridge'. The new new bridge is a concrete affair just upstream. Old New Bridge over the Annan

The route eventually turns away from the river and joins a minor road for a mile or so before veering off and climbing along the hillside behind Meikleholmside Farm. At this point it started to get a bit wet underfoot, helped by the previous day's rain. By this point the views of Annandale really start to open out. Annandale to the North Annandale to the South

The route crosses the A701 and climbs over Ericstane Hill, a featureless mound covered in waist high ferns, wet from the rain. More sogginess ensued on the descent back to the A701. 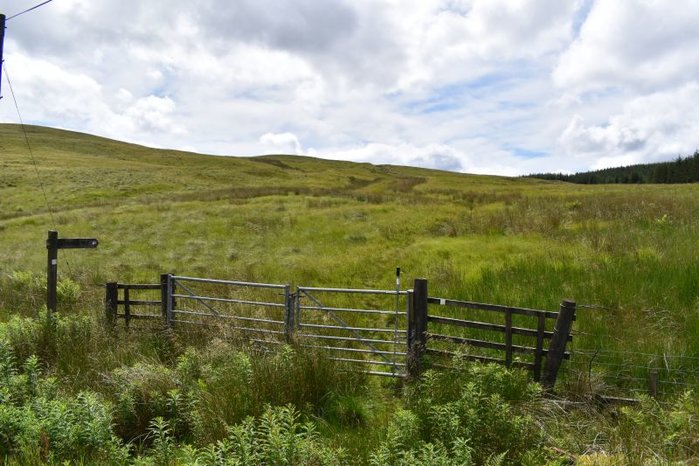 A short distance up the A701 and we get to the approach to Annanhead Hill. This is the steepest part of the walk, but nothing too strenuous. There's a trig point and a rather basic bench, but a bit further on was a proper bench, and unoccupied to boot! Ideal for a lunch stop. 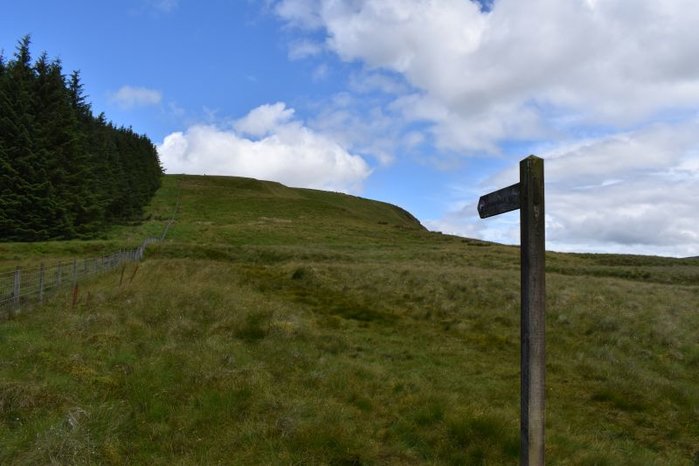 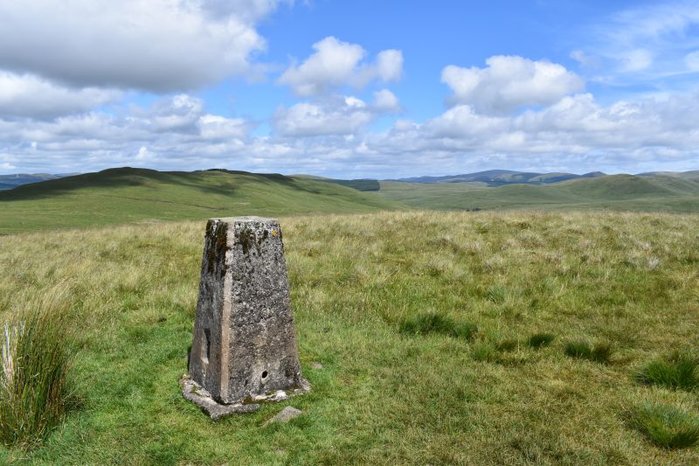 Fortified with a ham, cheese and salad roll and a mug of tea, we set off across Peat Knowe and dropped down to Strait Step before climbing up to Great Hill. The view into the Beeftub is spectacular 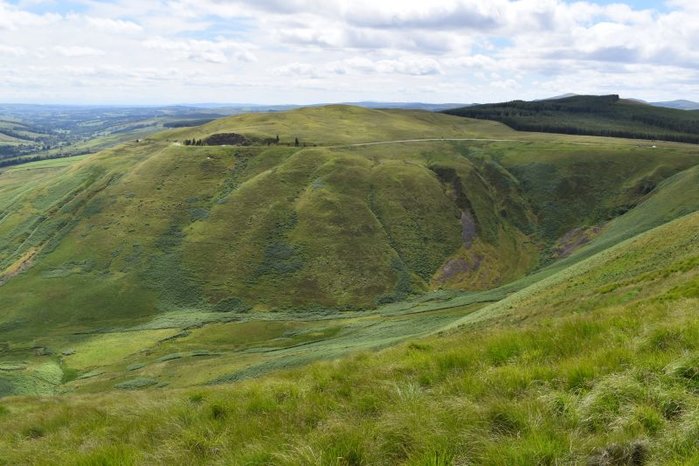 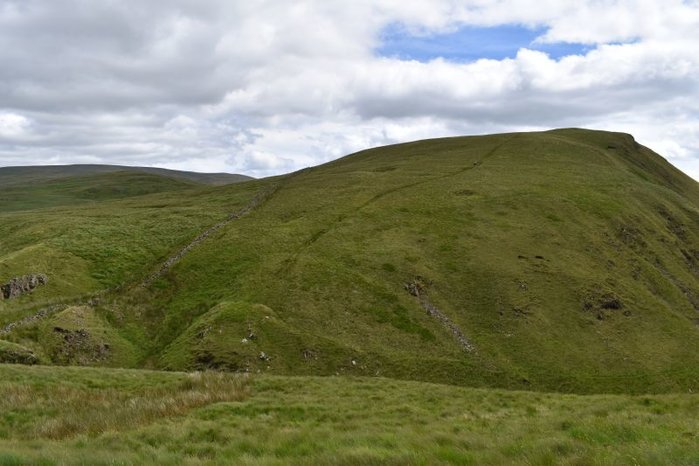 Once over Great Hill, the last ascent is the gentle but squelchy rise of Chalk Rig Edge, 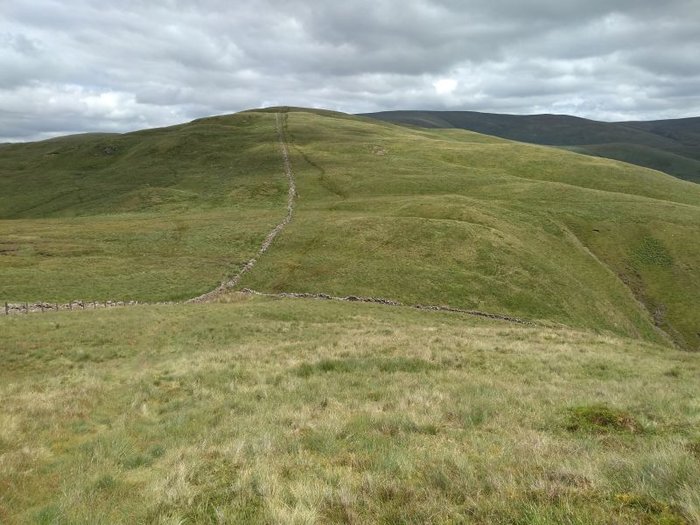 Between Chalk Rig Edge and Spout Crag is the Annandale Way.cairn. 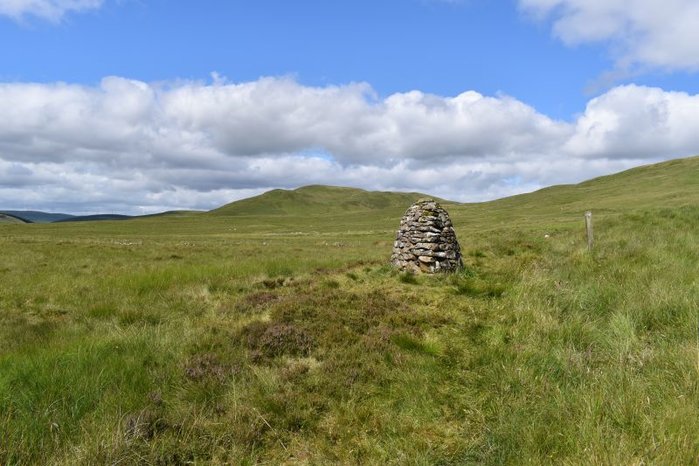 And so begins the descent into Tweed Hope. The path features more waist high ferns, sogginess and dodging young trees, which will no doubt require a rethink of the path in years to come. 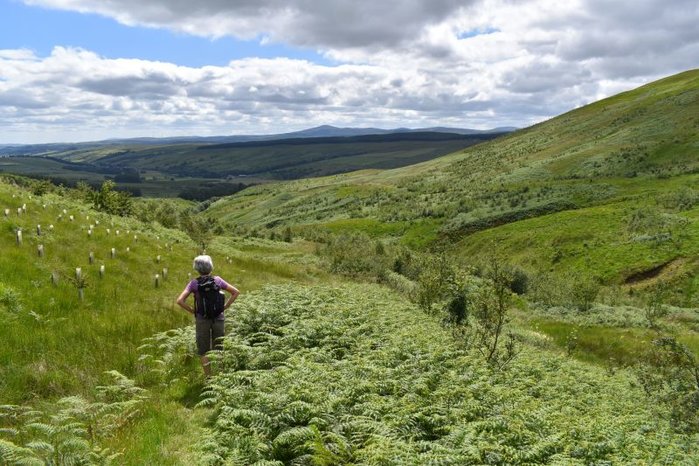 The path gets a bit indistinct in places, and I suspect we were blazing our own trail at one point. At the foot of Tweed Hope there's one last look back up to the ridge. 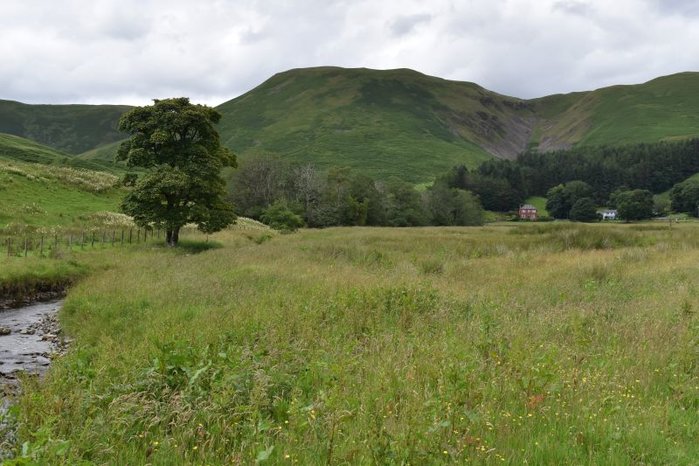 From then on it's a straightforward tramp down to Moffat and a welcome bottle (or two) of beer at the caravan.

Track_18-JUL-20 173325.gpx Open full screen  NB: Walkhighlands is not responsible for the accuracy of gpx files in users posts