With boots feeling as though they weighed a ton as they were soaked with so much water, we set off from Achnashellach station following the WH route for an anti-clockwise route. The initial short but steep climb from Drochaid Coire Lair is followed by a long trek along the broad ridge to the summit of Beinn Liath Mhor. On arrival a female walker was just leaving and we had a quick chat and said we might meet up later. 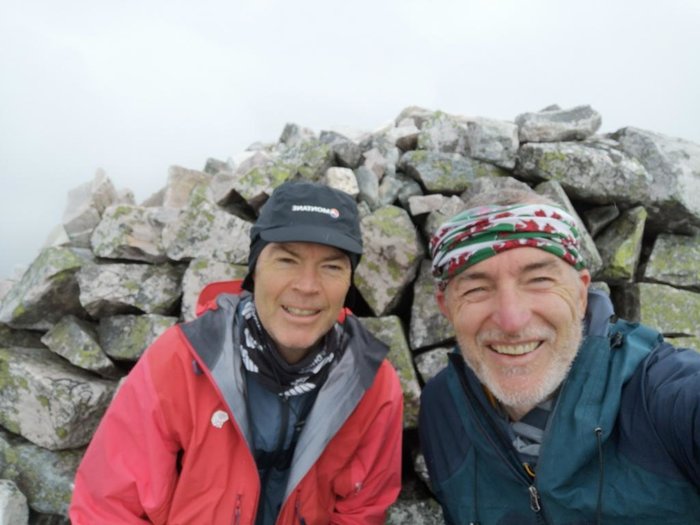 After a quick bite to eat we descended west in poor visibility and uneven terrain, before changing to a more southerly line passing a small lochan, then skirting round the high point at 769m, before dropping even further to the larger lochan at 650m.

A feint track climbs diagonally up gaining about 100metres of height to the ridge that can then be followed SE to the summit of Sgorr Ruadh. At the summit we met the lady from earlier and stopped for a chat about out respective plans for completing the munros. Neil and I descended, initially east then SE towards Allt Coire Mainnrichean, where we picked up the path over Meall Teanga Fiadhaich. When we arrived at the fords at 989 502 the river looked impassable. Eventually we found a couple of big, mossy boulders that required a jump and the real potential for a fall into the water, but fortunately luck was on our side and we were able to cross and rejoin the path we had taken on the way up from Achnashellach.