Other than the long day from Attadale (which we were doing on fresh legs) this is the route that had been weighing on mind all week. I feared that the cumulative effect of five consecutive days walking might be starting to tell, and unlike the previous days were both munros we pretty much on a ridge this would entail two full up and downs (the only saving grace would be the starting height for both munros was about 300m).

The cycle out was the same as we had done on day two - although reassuringly I pedalled all the way to the top of the climb this time. We cycled past the scene of my circus highwire act and continued on to Glenuaig Lodge (which doesn't really entail any more climbing so is easy to cycle).

At the lodge we put the cycles round the back of the tiny bothy and set off SSE across boggy ground aiming to cross the An Crom-allt at the waterfall where it is joined by the Allt an Fhuar-thuill Bhig. Then climbing boggy, tussock grass roughly SE aiming for the northern shoulder of Carn nam Fiaclan. The climb was incessant, with no obvious flat spots to aim for and take a rest, so I just kept plodding, but equally was surprised that my quads felt not too bad.

At around 700 metres the ground started to get rockier making for better purchase underfoot, then in another 100 metres or so the angle of ascent eased a little, allowing for a straightforward pull up along the cliffs of Fuar-tholl Mor. We passed the small cairn at the top of Carn nam Ficlan and continued the 500 mteres to the munro summit. 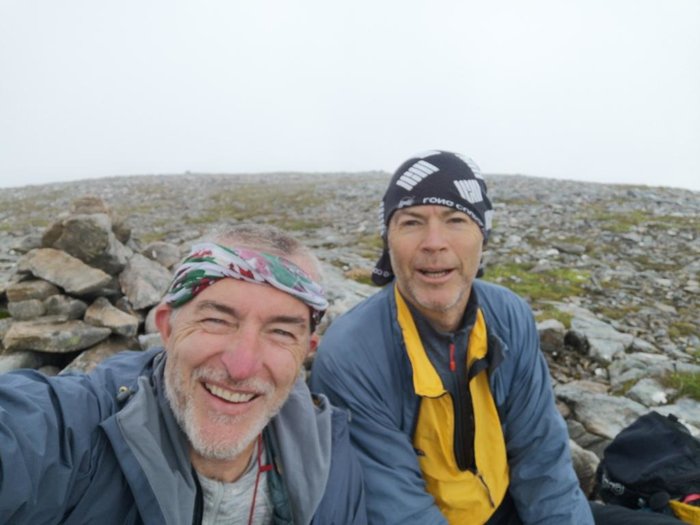 To descend we continued past the more substantial cairn on what used to be the summit and then took a line NW for about a kilometre, then descending W towards the waterfall of Allt an Fhuar-thuill Mhor. We then followe a feint path on the east side of the river to the foot of the valley. Heading back to the lodge required crossing a couple of small rivers and trying to dodge many pools of marsh water, but whichever route we took it was wet underfoot, so back at the little bothy we wrung out our socks and took 20 minutes to relax.

The climb to Moruisg begins pretty much behind the bothy and is initially fairly difficult to see close up (like an old landrover track that is growing over), but as you climb it becomes evident. It was certainly valuable to ba able to just follow the long zig-zags rather than a full on frontal assault.

The zig-zags fade at around 750 metres, but the angle of ascent drops off markedly too, leading to a long trudge over boggy ground to the summit of Moruisg (yes you've guessed it no views). 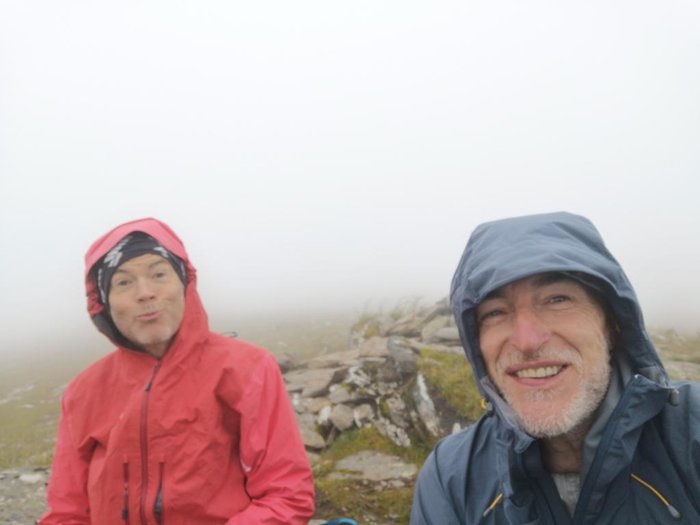 We re-traced our steps to the little bothy, picked up the bikes and working fairly hard were back at the car park in Craig in less than 50 minutes.