First hill walk since lockdown easing. Had plans to finish off my corbetts this year over April – July but they’re in abeyance for the time being. Early drive up to Bridge of Orchy – couldn’t believe the number of motor homes and tents lining the road out to the car park at Victoria Bridge which was also very busy.


Victoria Bridge 12.7.2020.gpx Open full screen  NB: Walkhighlands is not responsible for the accuracy of gpx files in users posts
Got ready and set off initially back down the road then off just after the bridge. Bits of a path here and there but generally just ploughed on upwards in a south westerly direction. 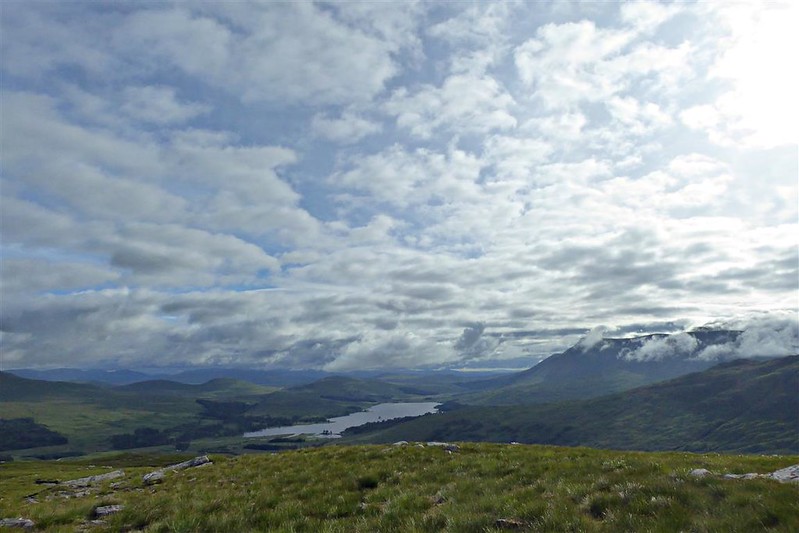 Wee cairn at the summit of Meall Tairbh 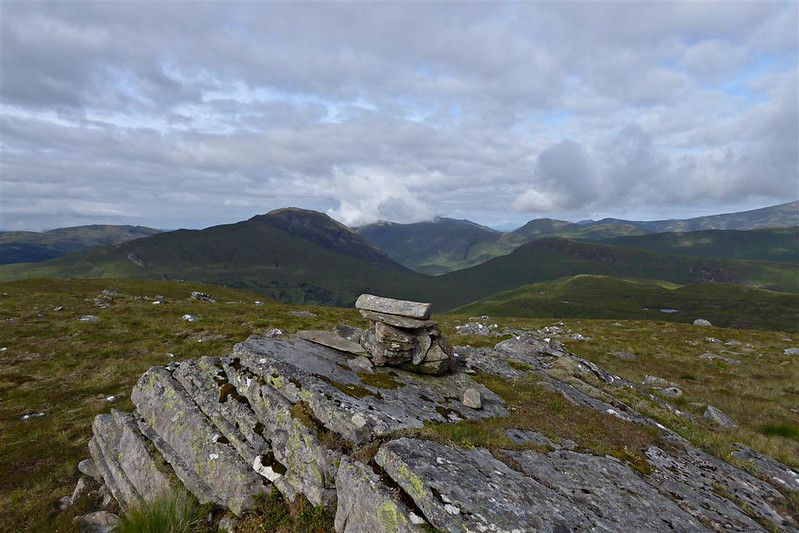 Next up was the Sub2k, Beinn a'Chuirn. Had to drop down quite a bit then some choppy ground to be crossed.

Beinn a'Chuirn mid distance on the left above some rocky crags 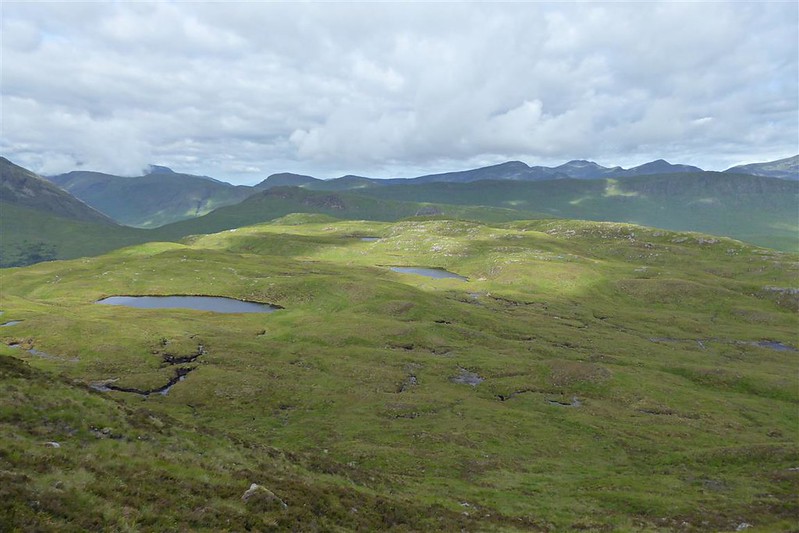 The last bit up to the summit was a wee bit steep requiring hands in places. 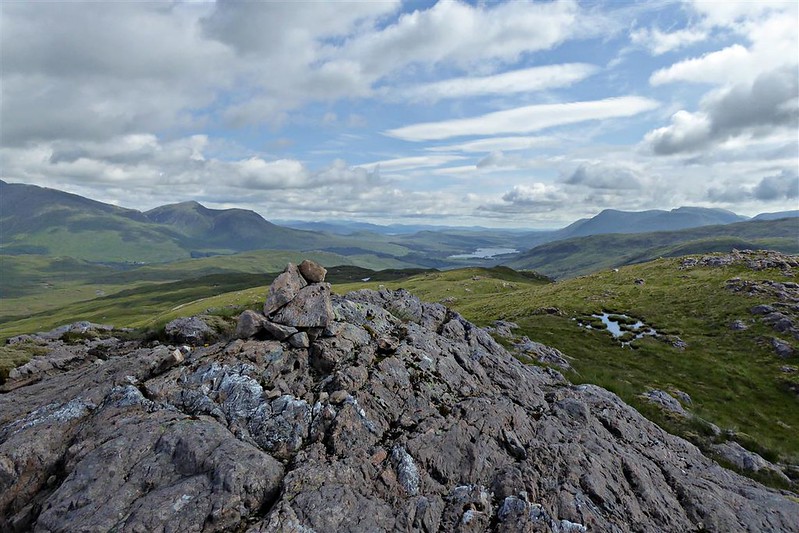 Now on to Beinn Suidhe 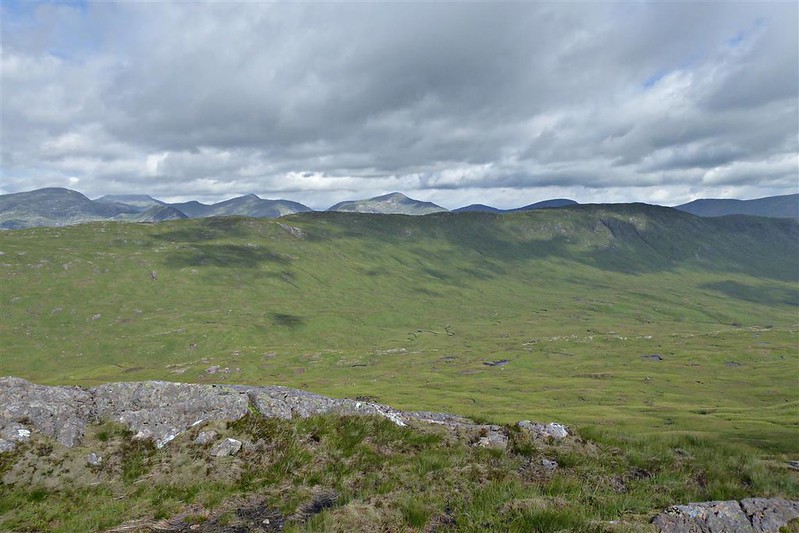 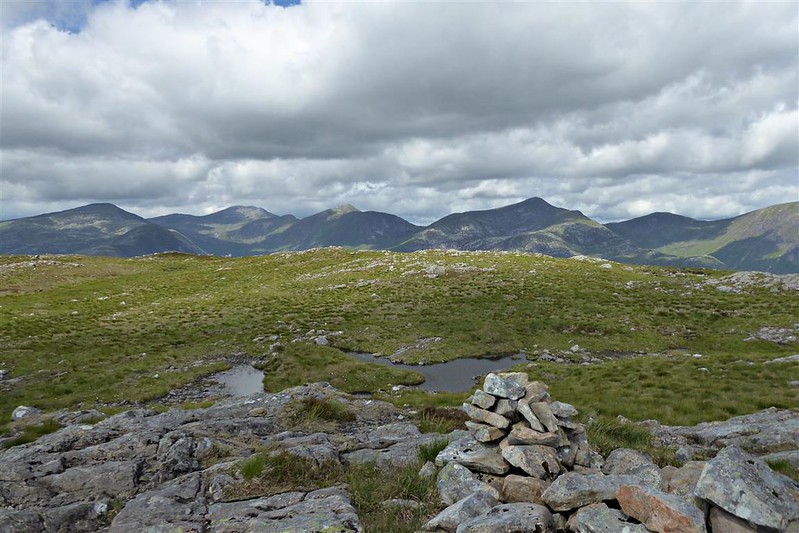 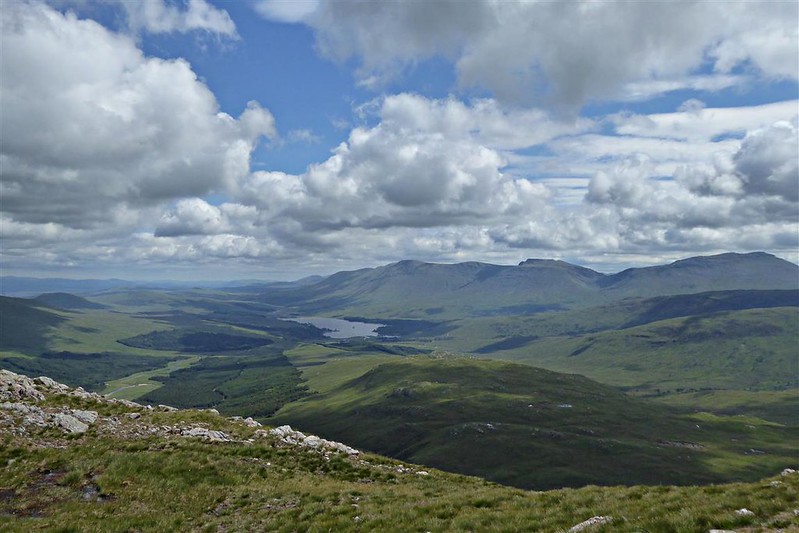 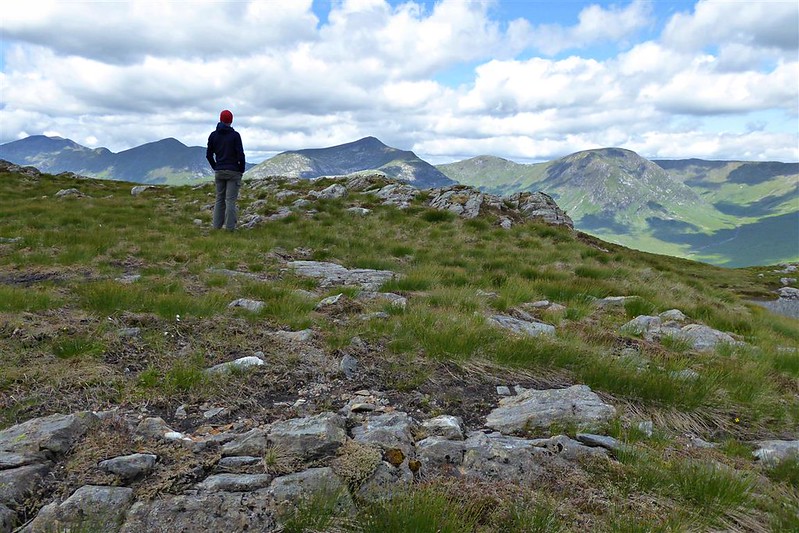 Longish stop for lunch. Shouted hello to some lady walkers who had come up from my planned descent route.

Set off downhill via Coire Fearna 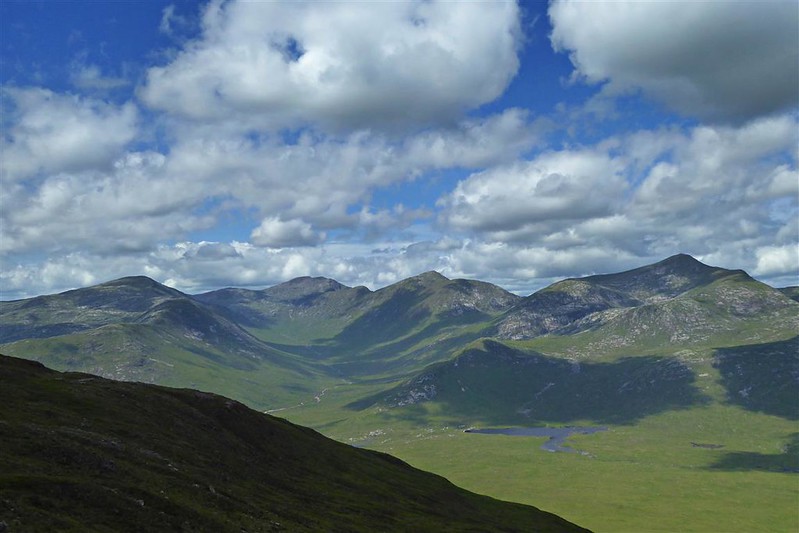 Joined the main track lower down 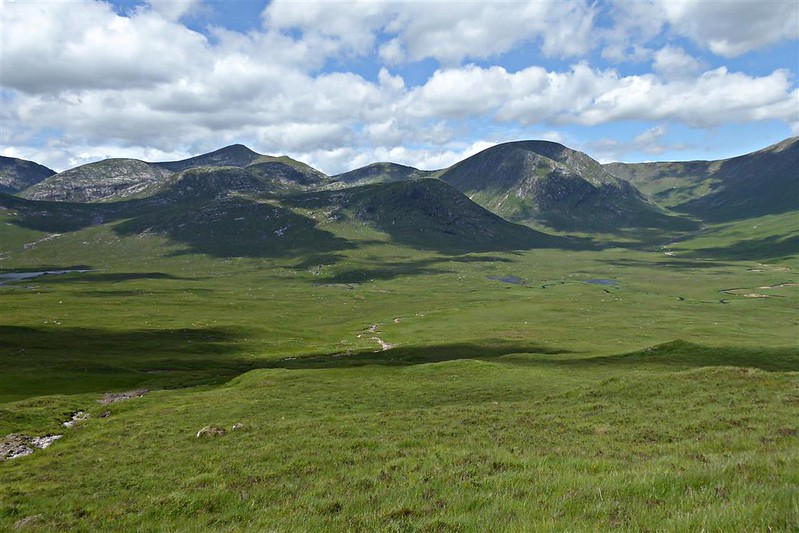 Uneventful but longish walk out along the track. Met some mountain bikers. Crossed the Abhainn Shira by the bridge at NN233418. Had been a bit concerned about the next water crossing over the Allt Gabhar but there were plenty of stones to use at the marked point at NN238421 so was OK. Back to the car, got changed and headed home. A bit of a delay due to a big tailback on Loch Lomondside – the reason wasn’t clear but there were police cars and an ambulance in attendance.

Ain't it just great to be out on the hills again, though???? Looks like you had a cracking day.

I can't wait to get on to some hills North of the border...

I had this very route in mind last year, but Kevin wasn't feeling at his best so we ended up traversing Meall Tairbh and Ben Inverveigh as an easier option.

That looks a good return to the hills and good that the extra traffic didn't translate as extra hill traffic too.

Good to see you back out RH, always look forward to reading your TRs.