I won't go into huge detail - the route is very simple, I parked just south of Blackhopebyre, walked north along the road and then turned east and took the track up the hillside. 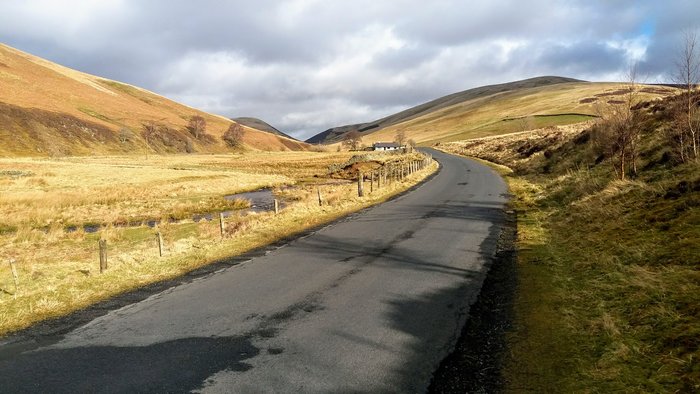 Looking towards Blackhopebyre from the parking spot Easy going on the track at first For about a mile the going is very pleasant - who doesn't like a grassy track?

It was nice, quick ascent up Glentress Rig, but snowmelt and the tracks of a massive all-terrain vehicle I'd seen parked at the farm made the going increasingly difficult as I made my way up Wallet Knowe and by the time I was level with the grouse butts the track itself was impassable. Still, it was straightforward making my way up by the grouse butts, then following the fence up towards the summit of Windlestraw Law, cutting across to the trig point which may or may not be the highest point (the other contender being about 20m along the fence). Following the fence up Windlestraw Law 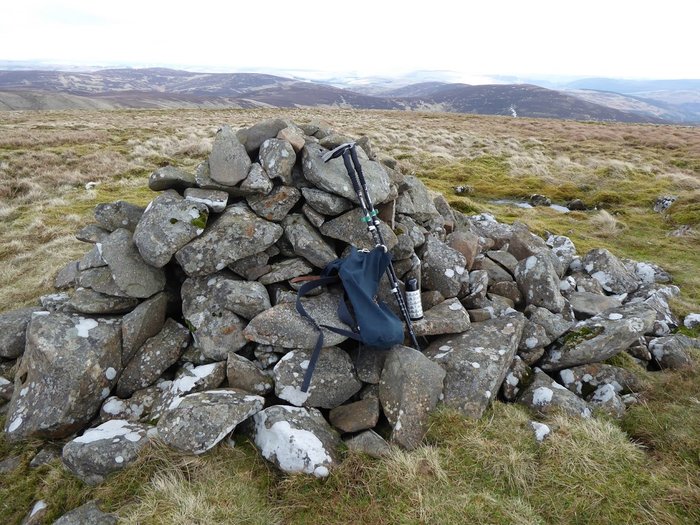 Does anyone take selfies on a Donald Top? They do now. Normally I'd expect plans for a new wind farm, but this has been here a long while

As I battled through the bogs again, the sun came out, but the clock was ticking and even a quick up and down of Whitehope Law felt a bit much - that's a quickie for another day. Glentress Water on the way back to the car