A round of 4 in Glenshee

A round of 4 in Glenshee

With the forecast looking so good today I decided to go for a round of 4 in Glenshee, Carn an Tuirc, Tolmount, Tom Buidhe and Cairn of Claise. Despite setting off early the car park north of the ski centre was already pretty full but I got a space and off we set. Already it was getting hot as we followed the boggy path towards the first target of the day - Carn an Tuirc. It was a relief to get higher where the wind kept things cooler. It took less than an hour and a half to reach the summit of Carn an Tuirc and the steepest ascent of the route was done plus the wind kept it considerably cooler. From the summit we followed the clear track up the flank of Cairn of Claise until we reached a wall. Here we turned off the main track onto a fainter path that followed some old fence posts towards Tolmount. For the most part the path was pretty good though it did disappear underwater in some of the boggy bits. Fun for the dogs, less fun for me and not something I'd want to be doing in poor visibility though, at least with excellent visibility it was fairly easy to see a way across the boggy bits to rejoin the path. After another hour and a half we'd reached Tolmount, dropping back down to a windshelter we passed on the way up for a snack before heading towards the next target - Tom Buidhe - following a track alongside some more fence posts until it became a path that pretty much disappeared into a boggy section around the White Water, but this was pretty easy to cross to reach the path that was visible on the other side and from there following it up to the track that leads straight to Tom Buidhe. Returning to the track we followed it back down this time going straight on where the track from Tolmount joined it. More boggy ground, but it kept the dogs happy. On a good enough path, I stuck to that and as it turned out it rejoined with the path we had turned onto off the track to Cairn of Claise. We followed a path around the base of the final Munro heading up the short distance to the summit and the 4th and final Munro of the day. From there we headed back down to the main track following it towards Glas Maol, turning off it on a narrower path onto the shoulder of Sron na Gaoithe for the descent back to the car park. The final part of the descent from Sron na Gaoithe was steep, wet and muddy but we made it down without mishap. These four were just repeats for me and Moss, but Zena has jumped up from 12 to 16 Munros! 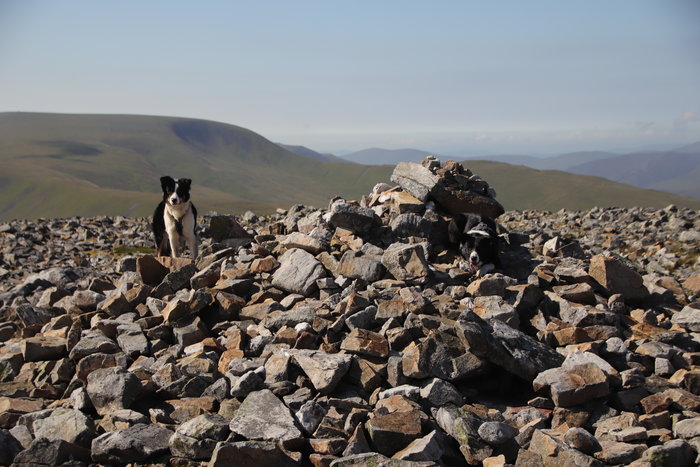 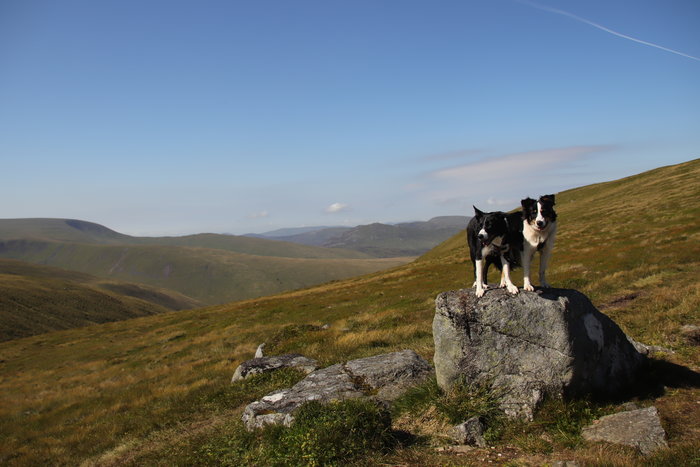 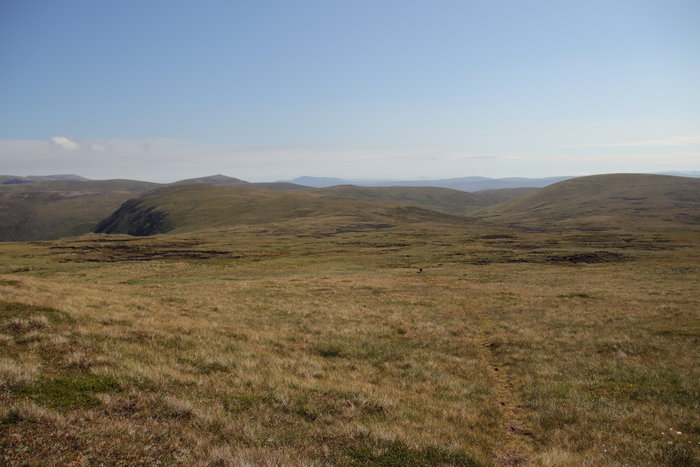 The path to Tolmount 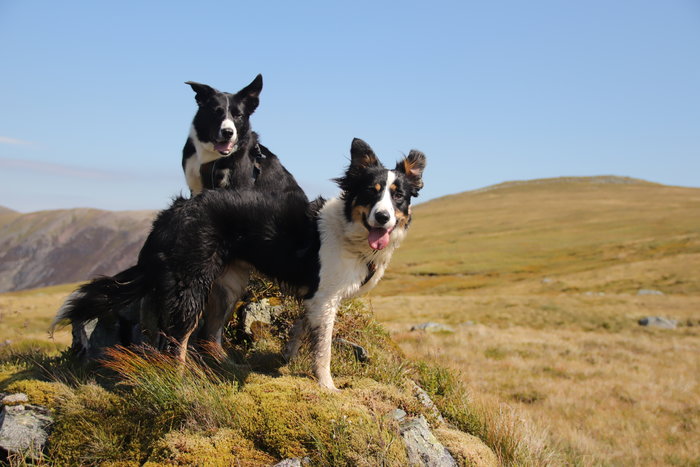 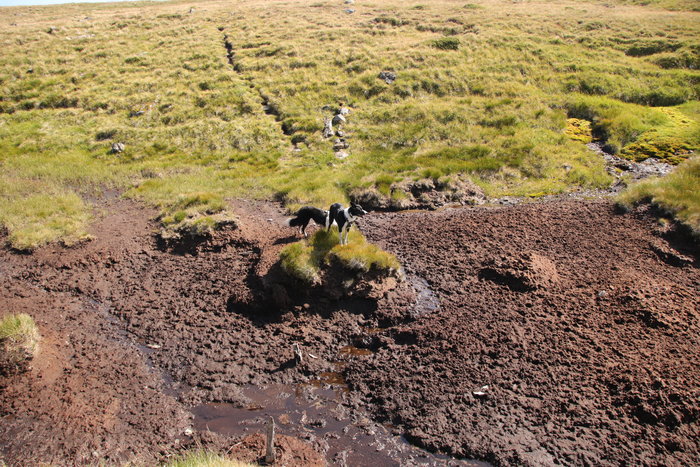 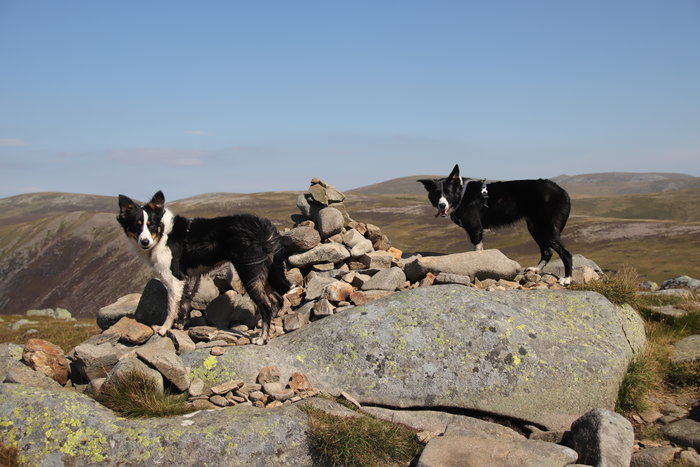 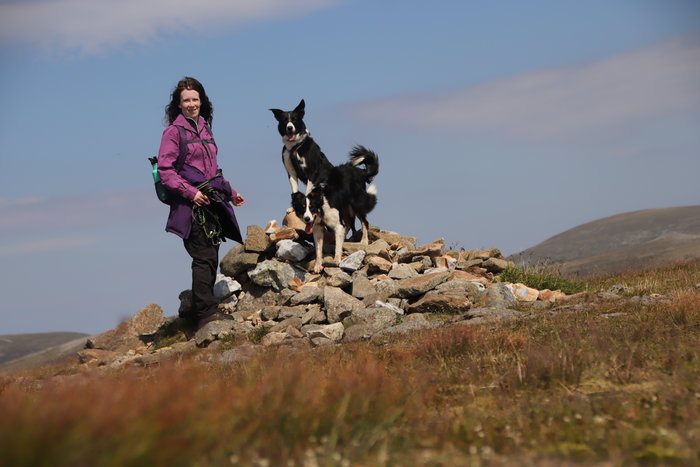 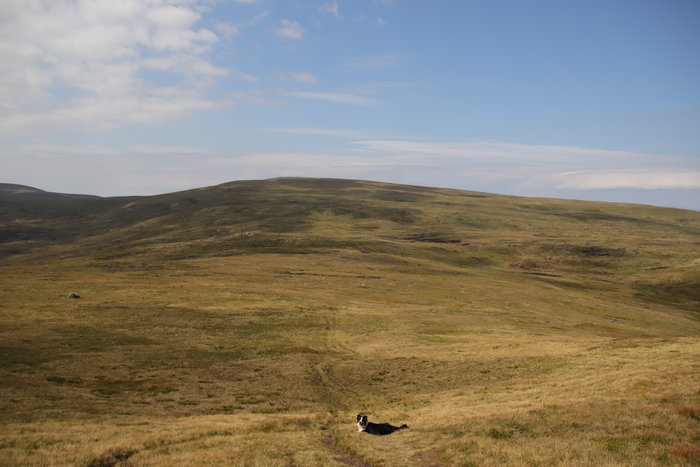 The track heading towards Cairn of Claise from Tom Buidhe 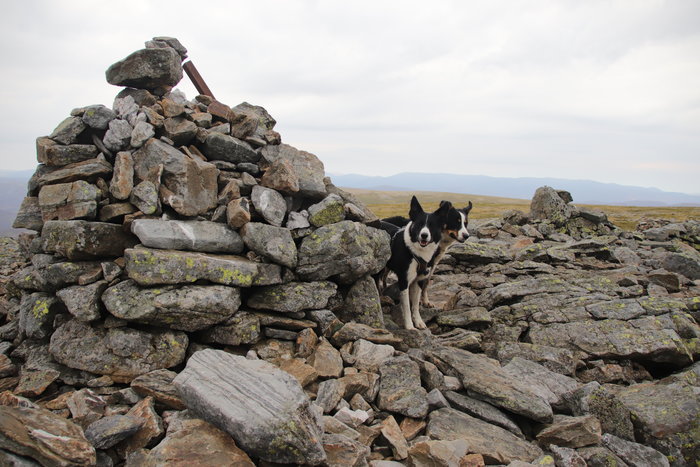 Final Munro for the day, Cairn of Claise Munro 16 for Zena 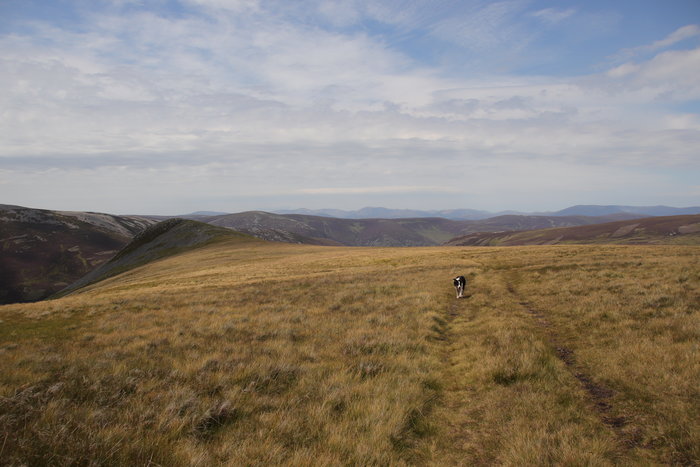 Heading down the shoulder towards Sron na Gaoithe on the descent