Hooray! No more lockdown restrictions, so looked for something a bit further from home. Weather was good for Aviemore and less than an hour to drive meant we didn’t need an early start.
Northern Corries sounded like a nice walk, and so it was. 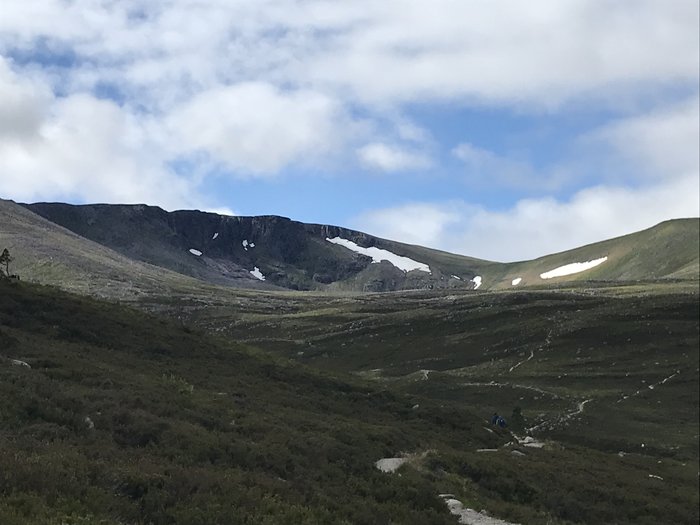 Very busy at the funicular, with the car park closed (seemed odd). This is the view of our route. Great paths, although busy - for once we were overtaking people, all that jogging must have paid off! To be honest it was quite a gentle climb up from the car park Back to car park

We went up and along the edge of the Coire an lochan, with nice views of the rocky cliffs After about an hour the path up to the ridge appeared to our left. Looked a wee bit steep, but really wasn’t 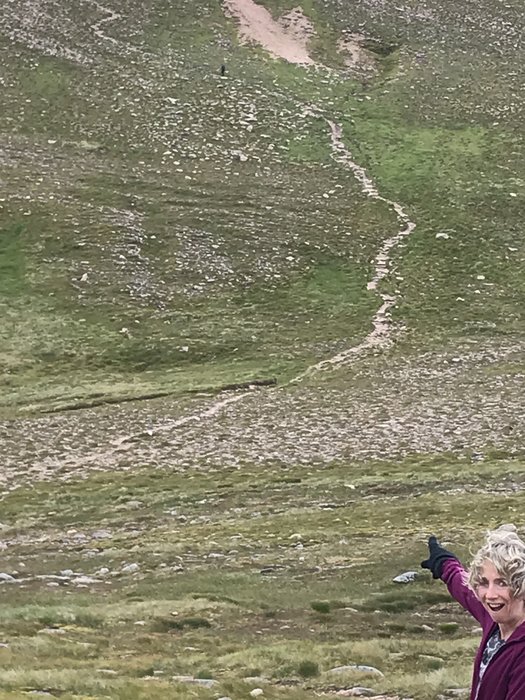 and before long we reached the top 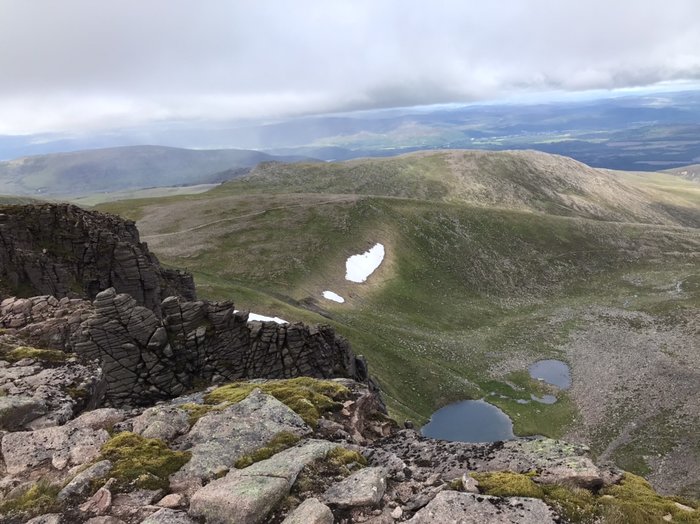 Rim of the corrie

. The cliffs were spectacular Back to the high point

and very good going, dry underfoot and an easy to follow line of cairns, this is the view looking back We soon reached the foot of cairngorm itself, which was the steepest part of the day. Unfortunately it had begun to get a bit drizzly and we discovered that Ellen’s waterproof jacket had been left behind. Annoyed at being so careless as we knew weather can be changeable up there no matter the forecast 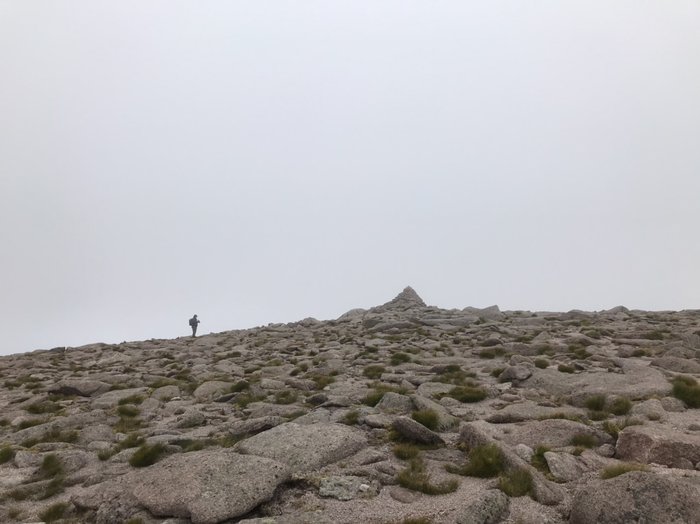 As usual a relentless trudge, and down stone steps which aren’t great for the poor old knees! Really enjoyed this, partly excitement at getting out again, but mainly the views and quality of the paths, one to do again