And so, my first Walk Highlands report! I did a few Munro's with my Dad when I was much younger and have recently picked up the bug again, still some way to catch him, he's done about 260!

We arrived at Ardvorlich just before 8 on what promised to be a beautiful day. The road was already very busy with cars from hill walkers and a few campers/fishermen with tents on the Lochside.

Myself, Kenny and Loki the lab set off up past Ardvorlich house, it was very busy at this point though as the climb started and people found their own pace the larger groups split down. 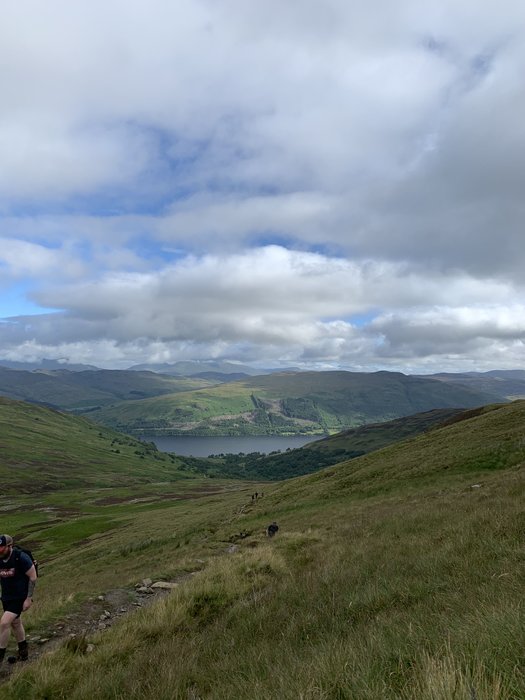 Views back down over Loch Earn

We carried on up the excellent path along the side of the glen, bumping in to someone I used to play rugby with about 7-8 years ago, small world! There was a bit of clag coming in and the summit of Vorlich was hidden from view. 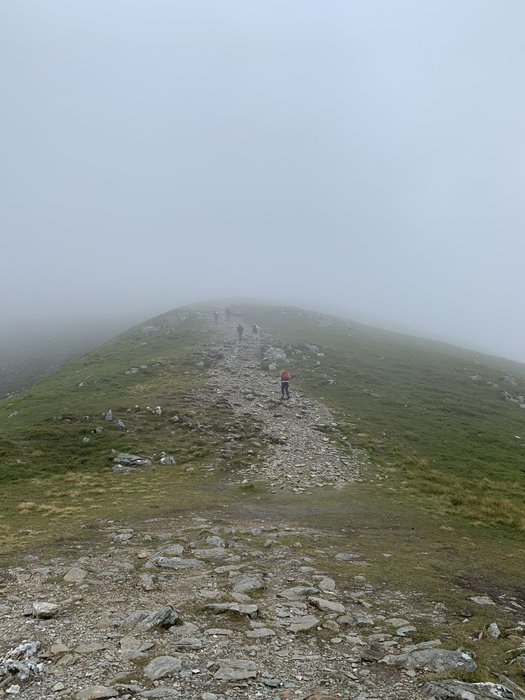 Vorlich summit lost in the cloud

Pushing on through the steep section before the last stretch to the summit was hard going but we eventually reached the summit, no views here unfortunately! 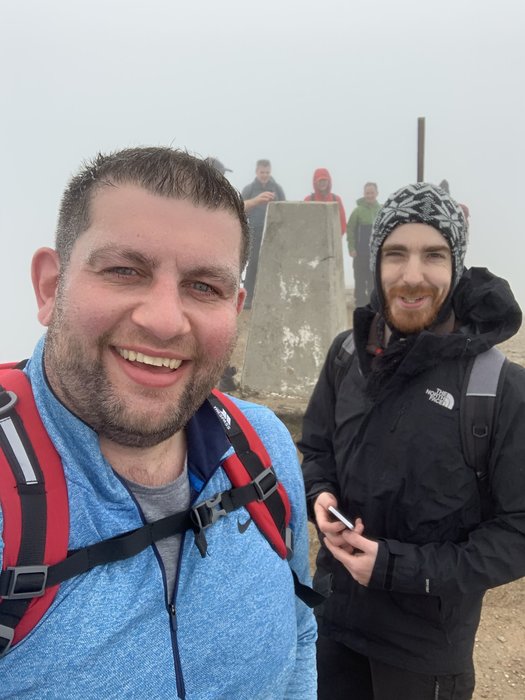 Kenny and I on the summit of Vorlich

After the customary selfie we didn't hang about too long on the summit and headed towards the bealach. After losing some height we found a sheltered spot for bit to eat and a coffee from Kenny's thermos, I had left mine thinking it was going to be too hot and took another bottle of water instead but the warm coffee was very welcome! 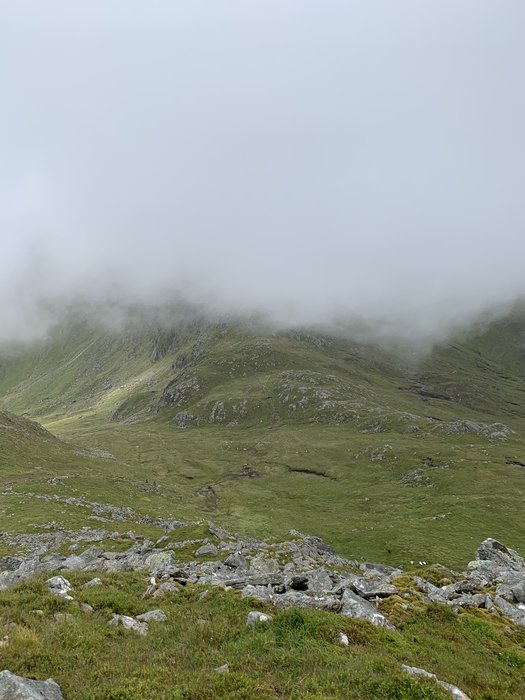 Looking down the Bealach towards Stuc a Chroin

Carrying on down the bealach we got our first proper sight of the buttress. 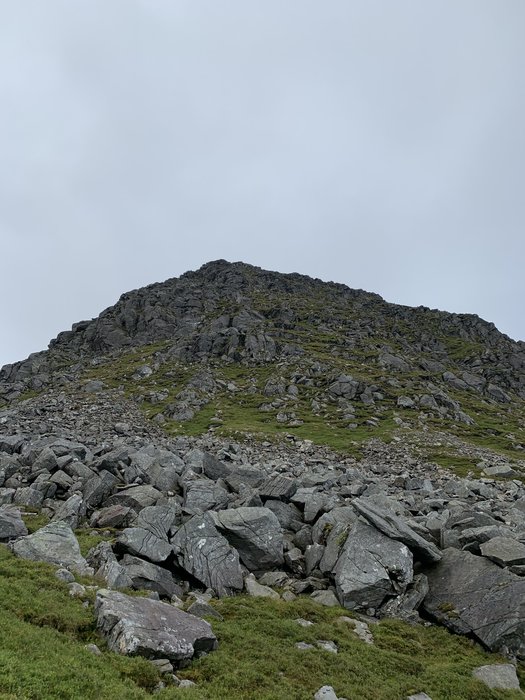 I have to confess I have a pretty strong fear of heights and whilst I had chosen this route to get some experience of scrambling and try to get more comfortable with being exposed I could feel a few nerves starting to build when we were looking up from the bottom of the buttress!

We cleared the boulder field at the bottom easily enough and then the proper scrambling began. Luckily there was a group of 3 ahead of us who we could follow so we didn't have to worry about finding a route too much. Kenny and Loki were making swift progress like a couple of mountain goats whereas I was a lot slower and using my hands most of the time. Looking back I think most of the route could probably be done at a careful walk but I certainly felt a bit more secure with my hands holding on as well! 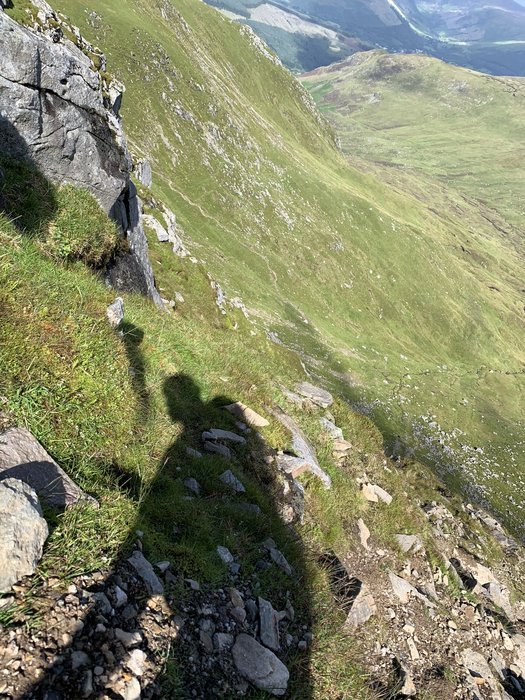 A quick snap whilst ascending, felt steeper and more exposed than it looks here!

I didn't take too many photos at this point as I was more focused on holding onto the rock in front of me! To be fair there was only really two sections that required any sort of "climbing." A ledge about 1/3 of the way up that took a bit of concentration where to put your feet and hands, Loki needed a lift up this from the kind gentleman in the group ahead of us. There was another chimney slightly further up that was similar to this. Apart from these two sections it was a good enough narrow path. The final section up to the top is in a gully but I actually felt quite secure as it is quite enclosed and almost even enjoyed that section! I was very happy to have made it to the top! 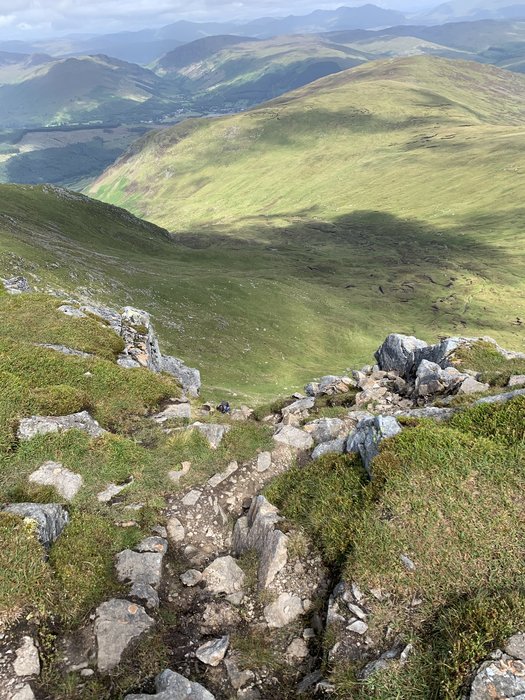 We were very lucky as the cloud which had dogged us at Ben Vorlich had cleared and we were treated to some fantastic views in all directions. Makes it all worth it!

A quick stroll to the true summit and a break for some rolls. Looking back towards Ben Vorlich I was surprised that this face was so different in appearance to the face that the path is on. Much steeper and rougher, almost sheer in places. 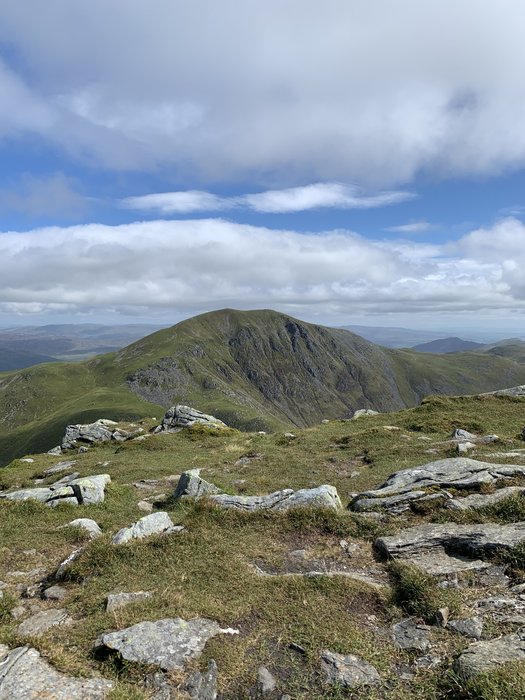 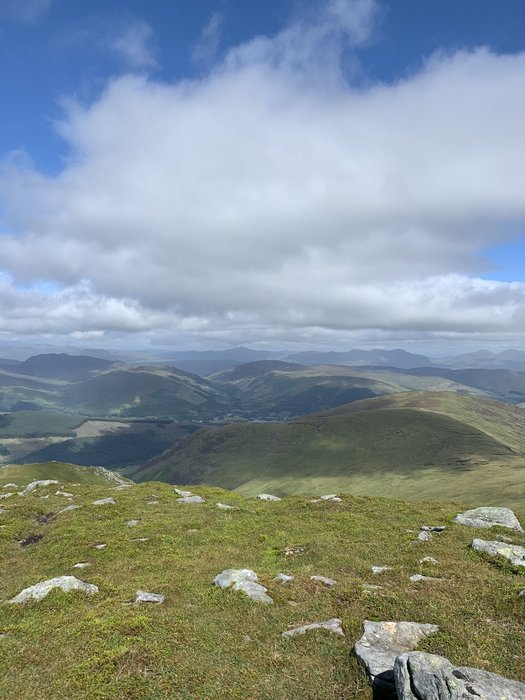 Fantastic Views from the summit 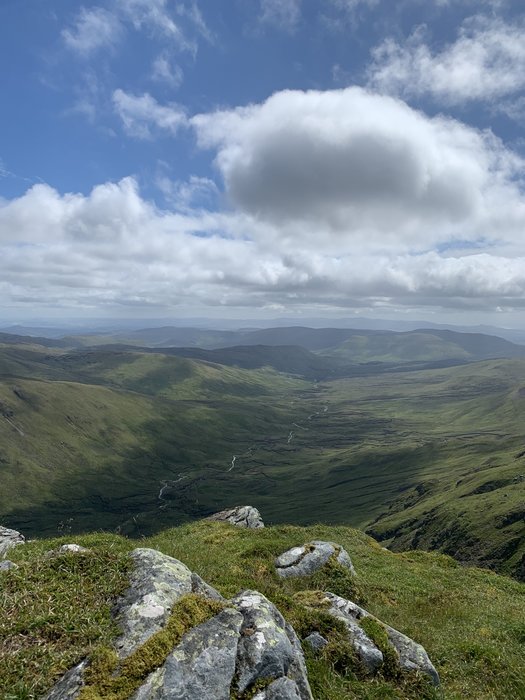 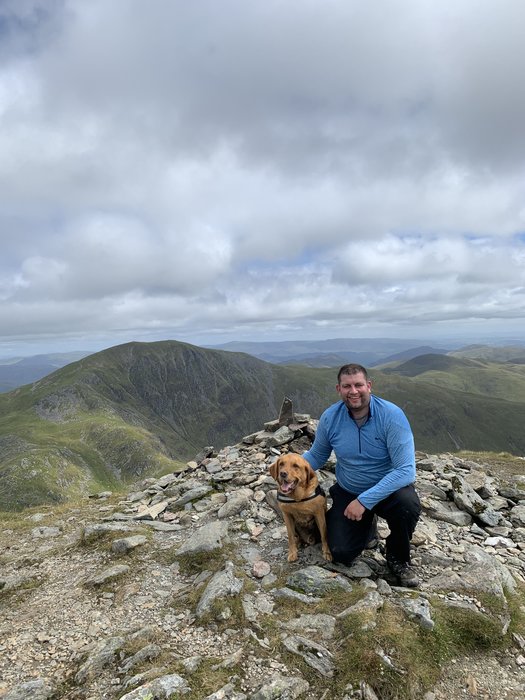 Posing with Loki on the summit Kenny and I at the summit

After our lunch break it was time to descend. We took the path down to the left hand side of the buttress, very steep! It then flattened out as it runs round the shoulder of the bealach and back towards the main path on Ben Vorlich. I have to say that this was not particularly enjoyable. The path had been made extremely boggy with the recent rainfall and also went on much longer than I had expected. A few slips and stumbles on the wet ground coupled with our tiredness wasn't helping so it was a huge relief when we did eventually arrive back on the solid path about 2/3 down Ben Vorlich! There was quite a few walkers coming up this way and that seemed a long slog compared to the route we had taken.

Coming back down the main path it was very busy with many people still heading up.

We made it back to the cars about 2.30 which was a decent time I felt. A quick dip in the Loch was just what was needed, so refreshing!

A great day out and really pleased to have done a wee bit of scrambling, onto the next one! 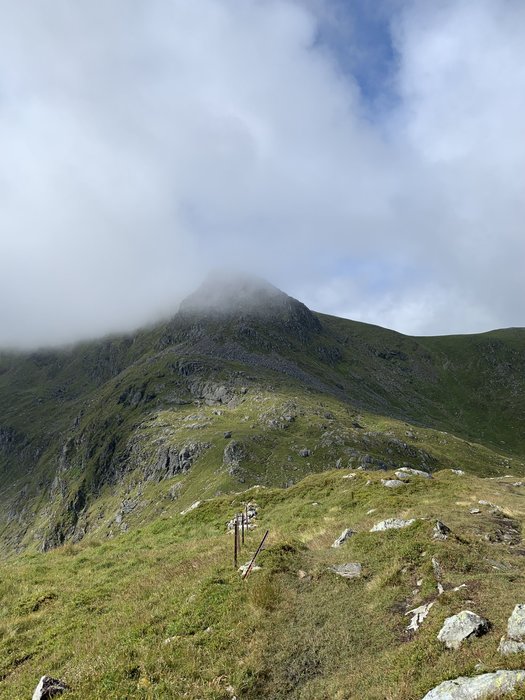 Clound clearing to reveal the buttress

Re: Ben Vorlich and Stuc a Chroin - My First report!

Nice one! You chose 2 goodies to start with!