My friend Nick from when I had been working down in Shropshire 8 or 9 years ago was on holiday in the Highlands with the rest of his family. They had come round for dinner a few nights earlier, and I had invited myself to go up Beinn Alligin with them. As this was the first time they had been to Torridon, they weren't sure what to expect so were glad of the company (as I suspected, they didn't really need me and would have gotten around Alligin fine on their own). Although I was supposed to meet them at 10am on Friday at the Coire Mhic Nobhuill carpark, our delayed departure from our summit camp the night before made us around 30 minutes late. When we arrived, Nick had bagged the last space in the carpark. Not to worry - unfortunately Jackie wasn't up to going round Beinn Alligin at the moment, so she and Pat went off to walk around Loch Clair with the dog.


Map.gpx Open full screen  NB: Walkhighlands is not responsible for the accuracy of gpx files in users posts
That left Nick, Tom and I to do Beinn Alligin. The weather was an overcast midge-fest just now, but it promised to clear up a bit later on. By the time we were making the final approach to the foot of the big ascent up to the horns, it was warm and sunny, and the summits were clear. Things were going to be good! 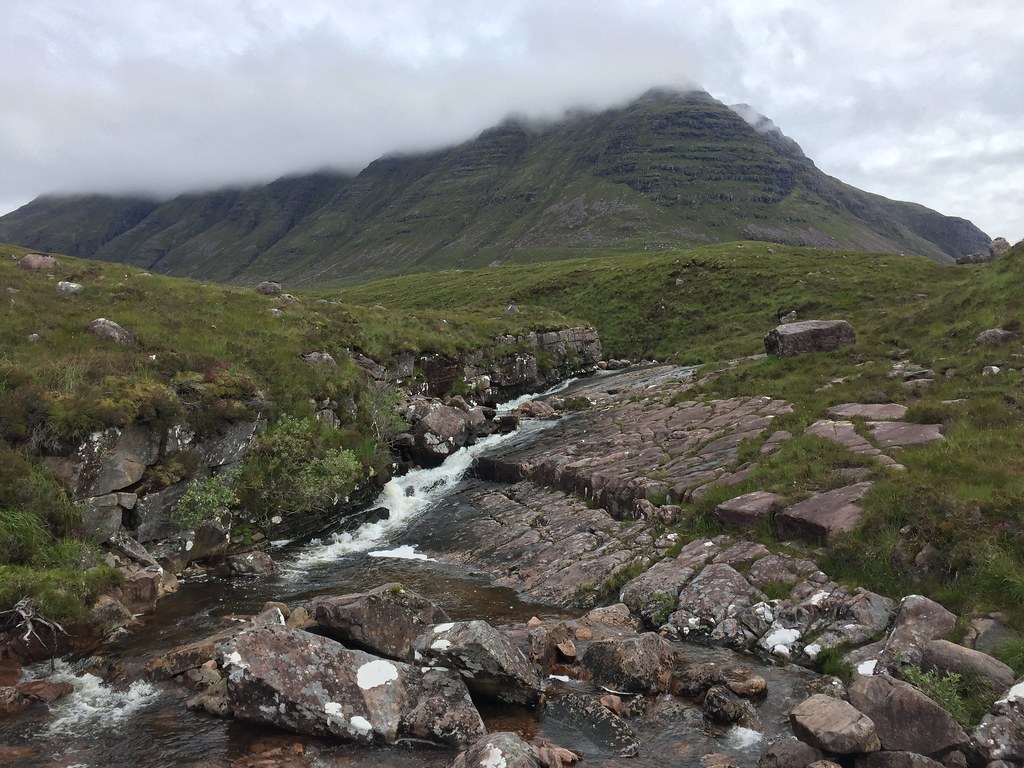 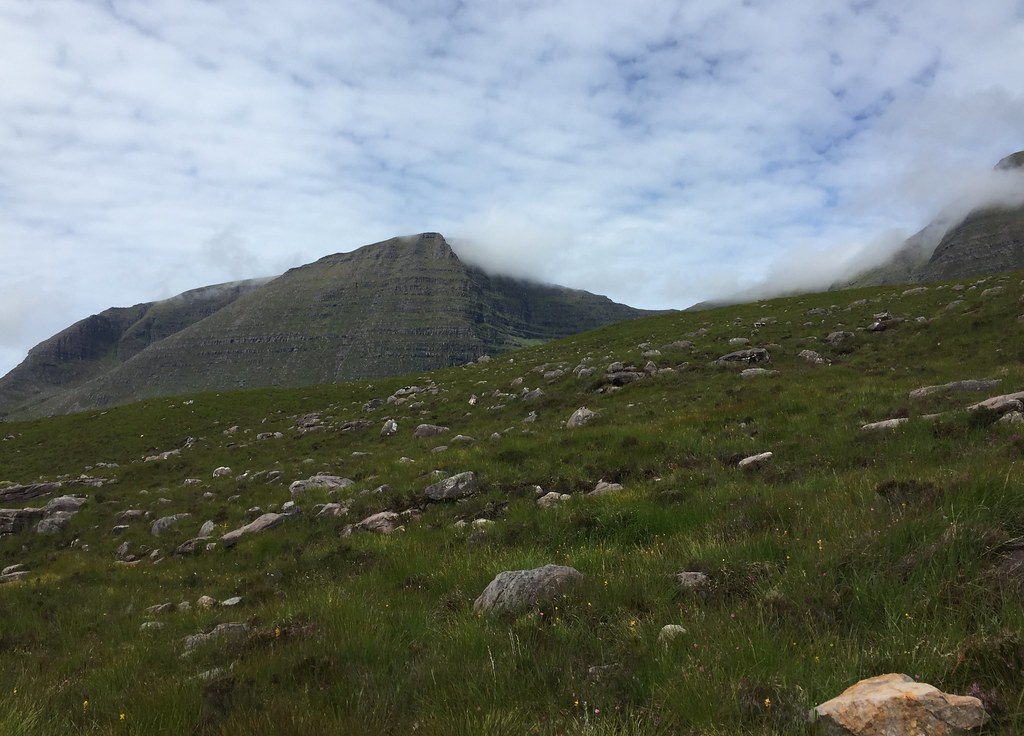 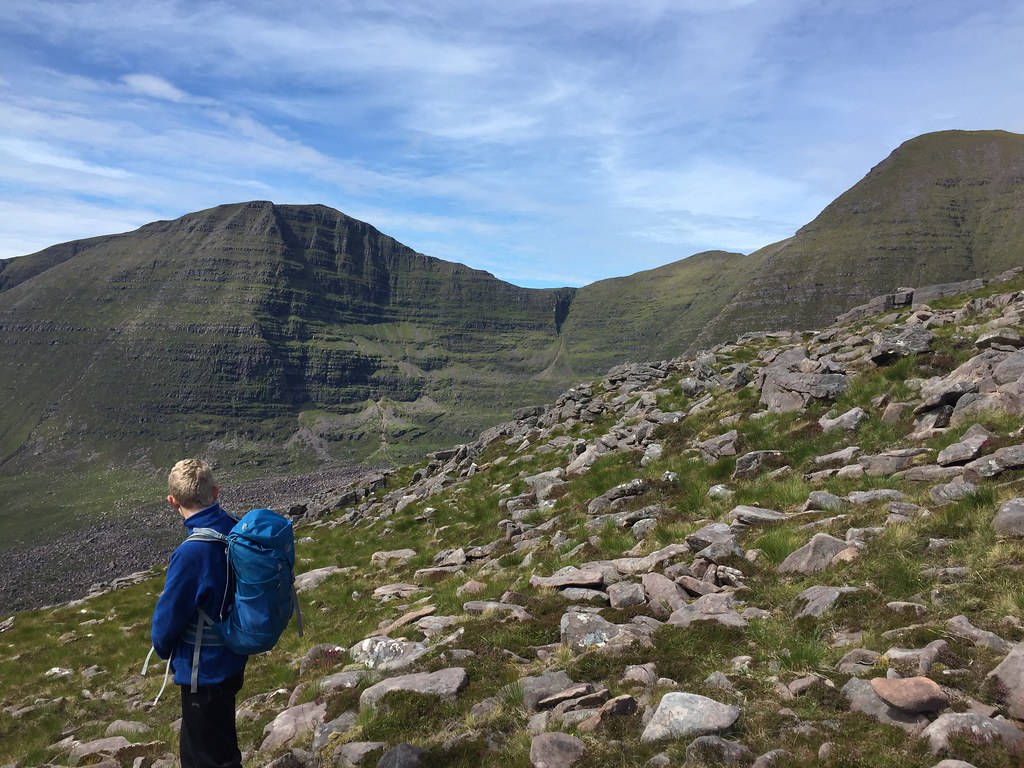 Tom next to Tom na Gruagaich

The path up An t-Sail Beag is well made, but brutally steep with a few scrambly bits in. While we were aiming for lunch on Sgurr Mor, a couple of water breaks were needed before we reached the horns. Nick spent most of the ascent trying to get a balance between sweating in his fleecy balaclava (the only hat he had with him) and burning his scalp 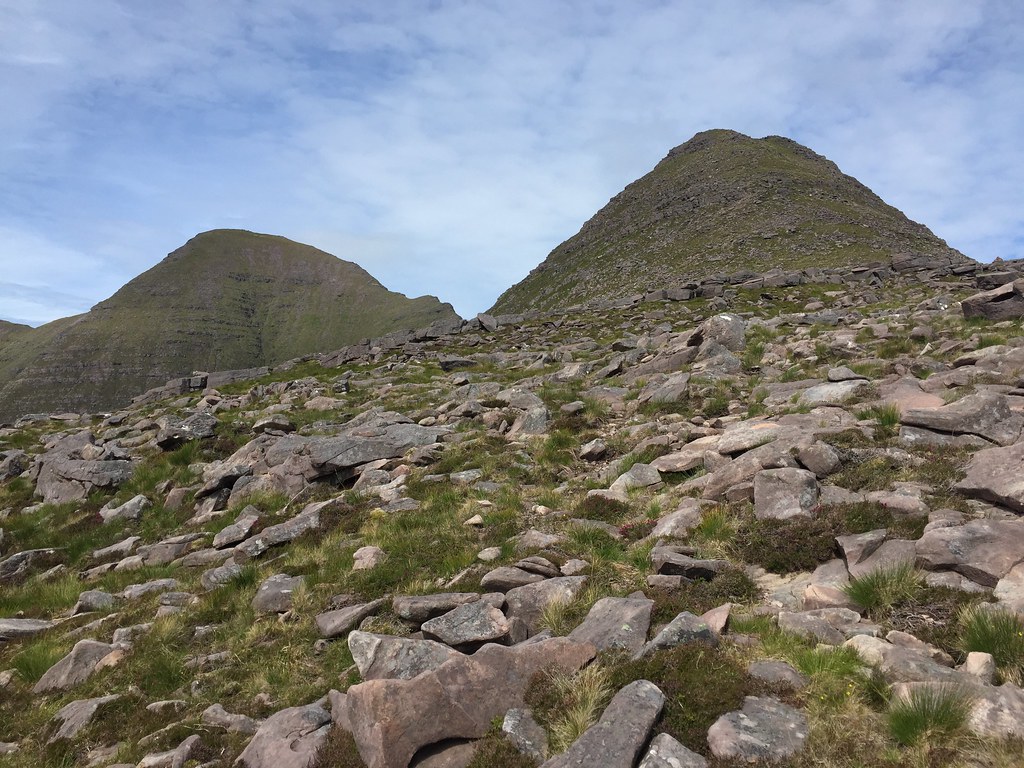 Sgurr Mor and the Horns 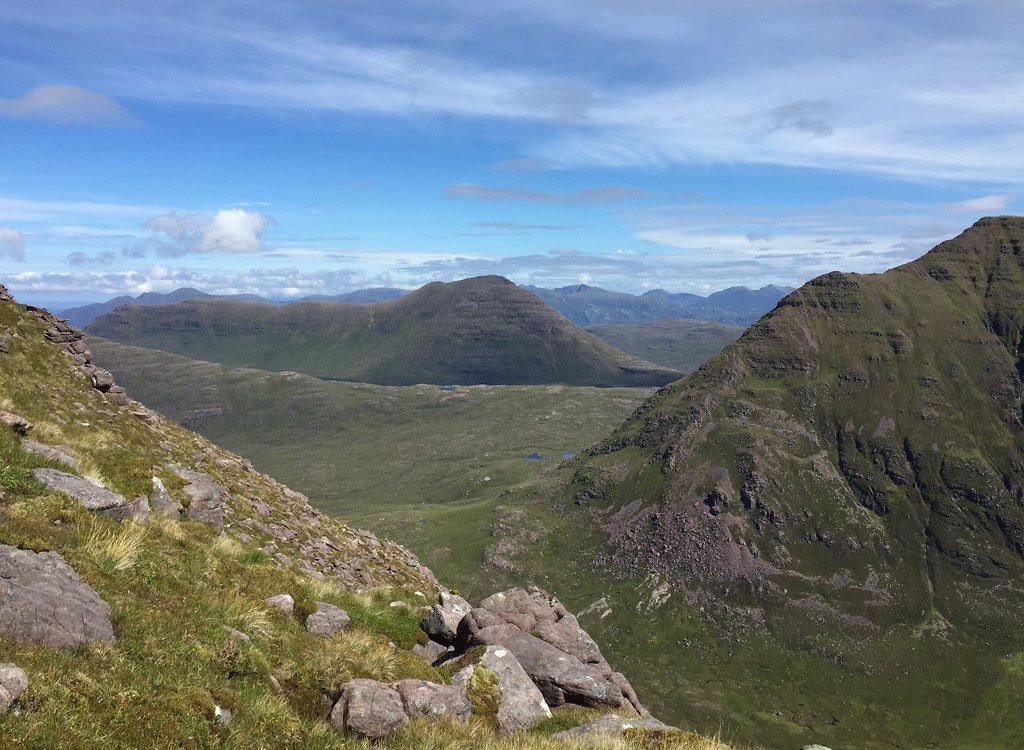 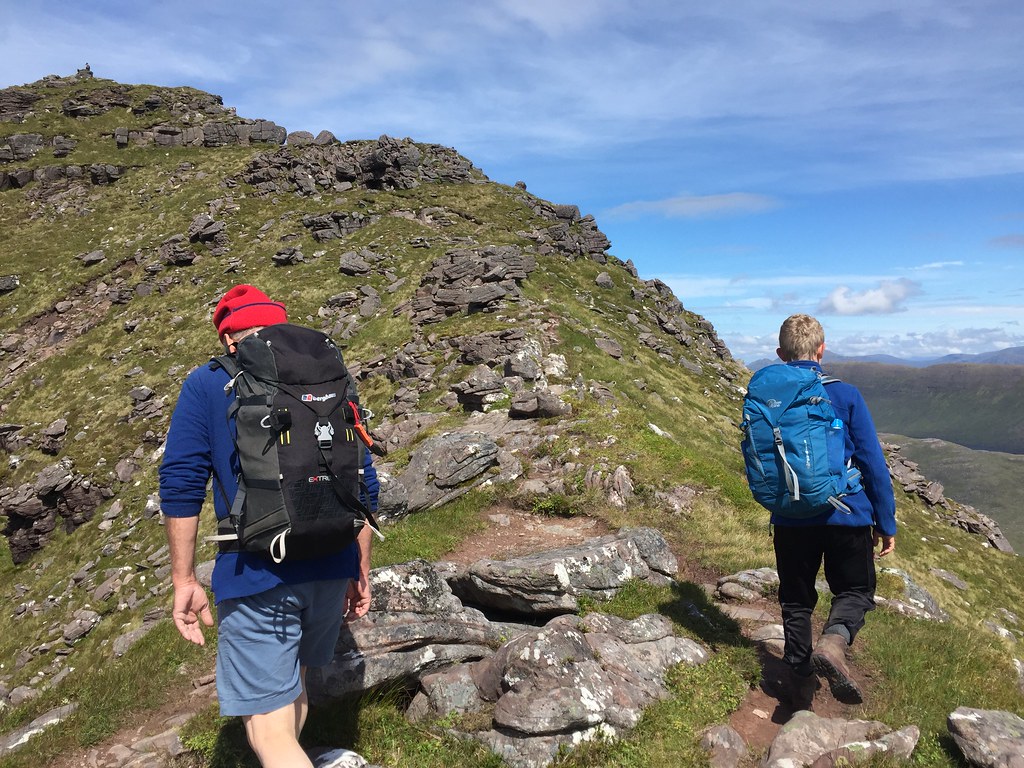 Nick and Tom approaching the horns

We soon launched into the horns, finding nothing overly difficult but also being glad that the dog had gone for a lower level walk! The weather just continued to improve, with Baosbheinn and Fisherfield looking fantastic. 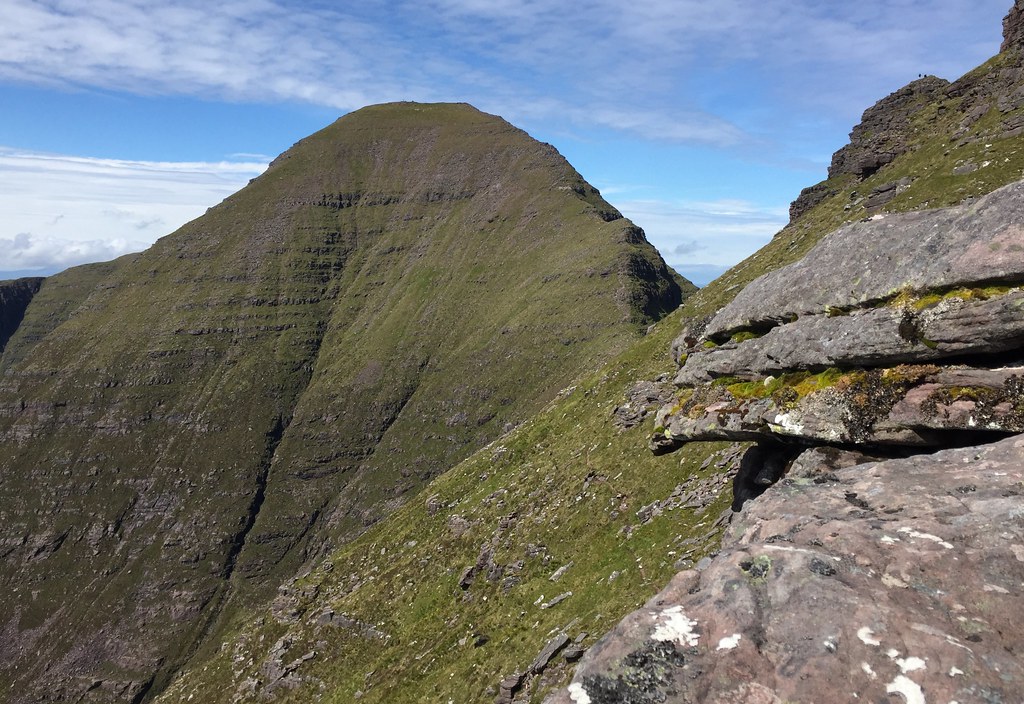 Eventually over the horns, we dug in for the big ascent up to Sgurr Mor. It always looks like a long way, but it doesn't take that long really. At the summit, we had been on the go for 4 hours and it was definitely lunchtime. There were quite a few people around enjoying being out on the hills, but you could never really call it busy - maybe only in comparison to the sort of places I usually end up. 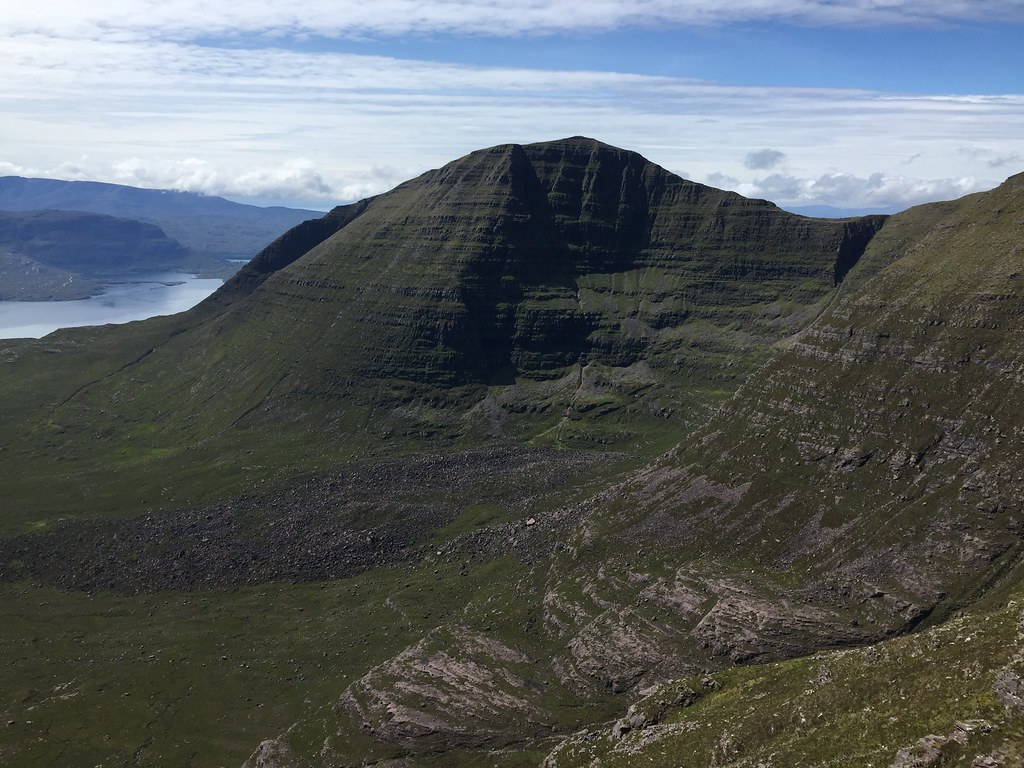 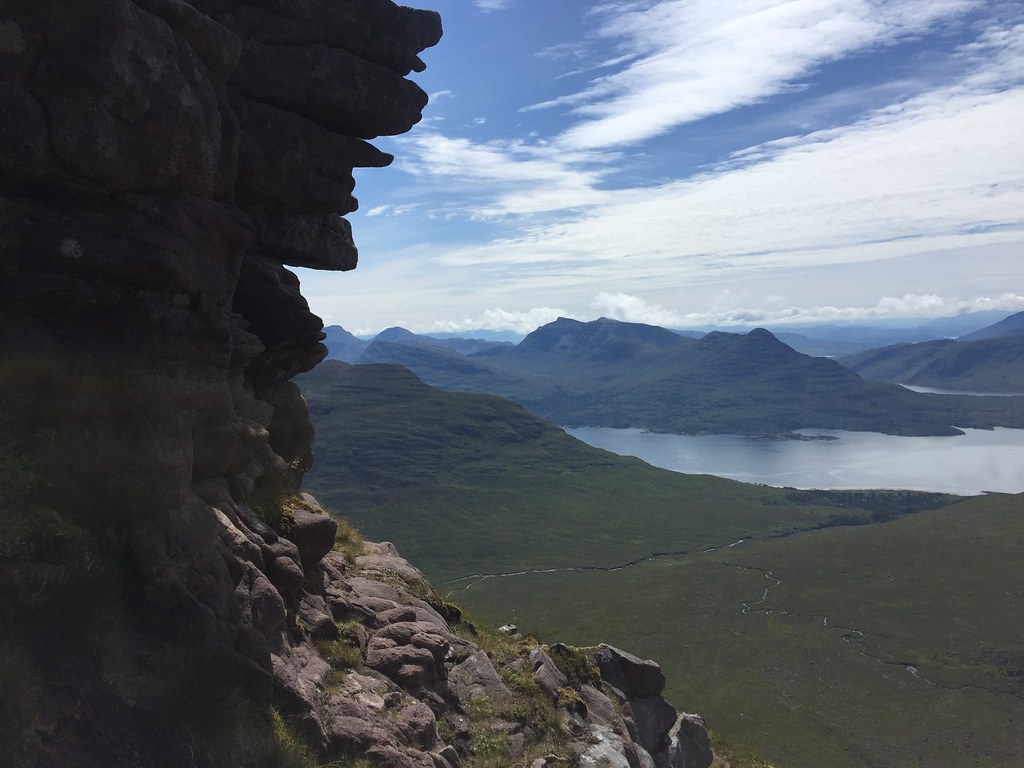 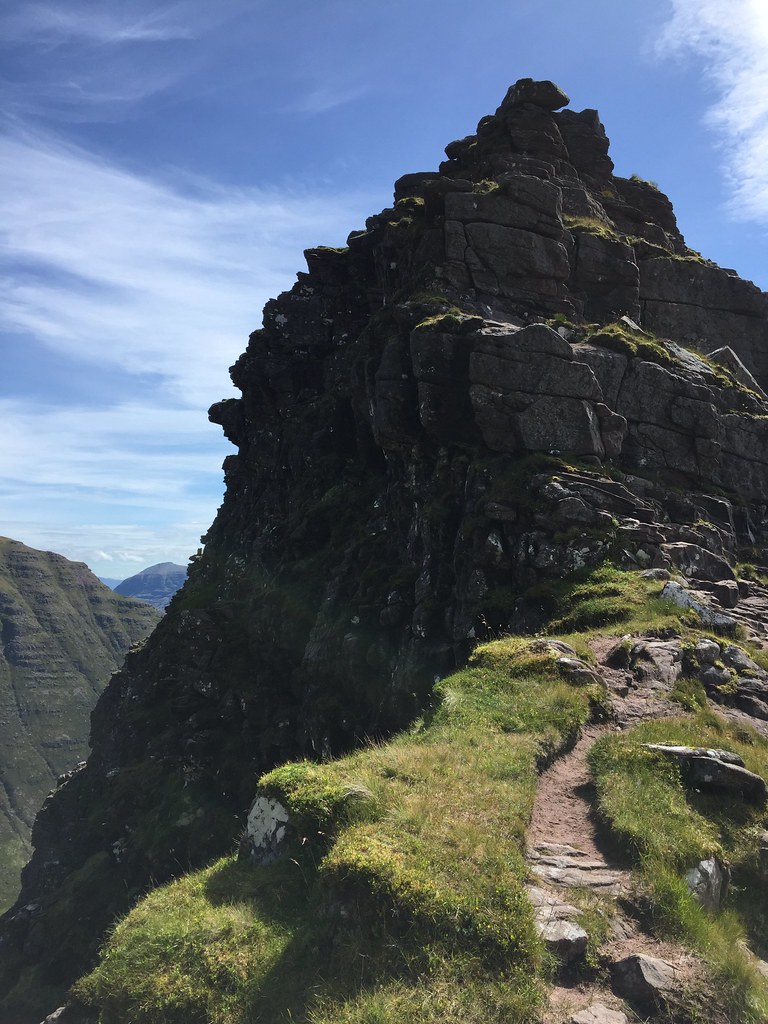 Back to the first horn 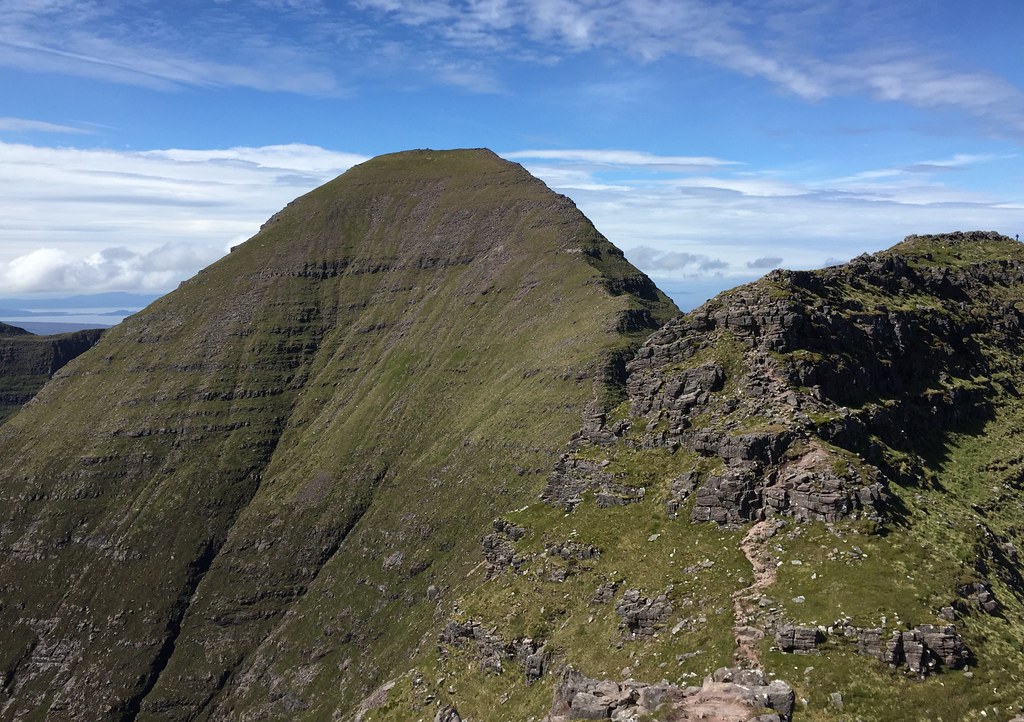 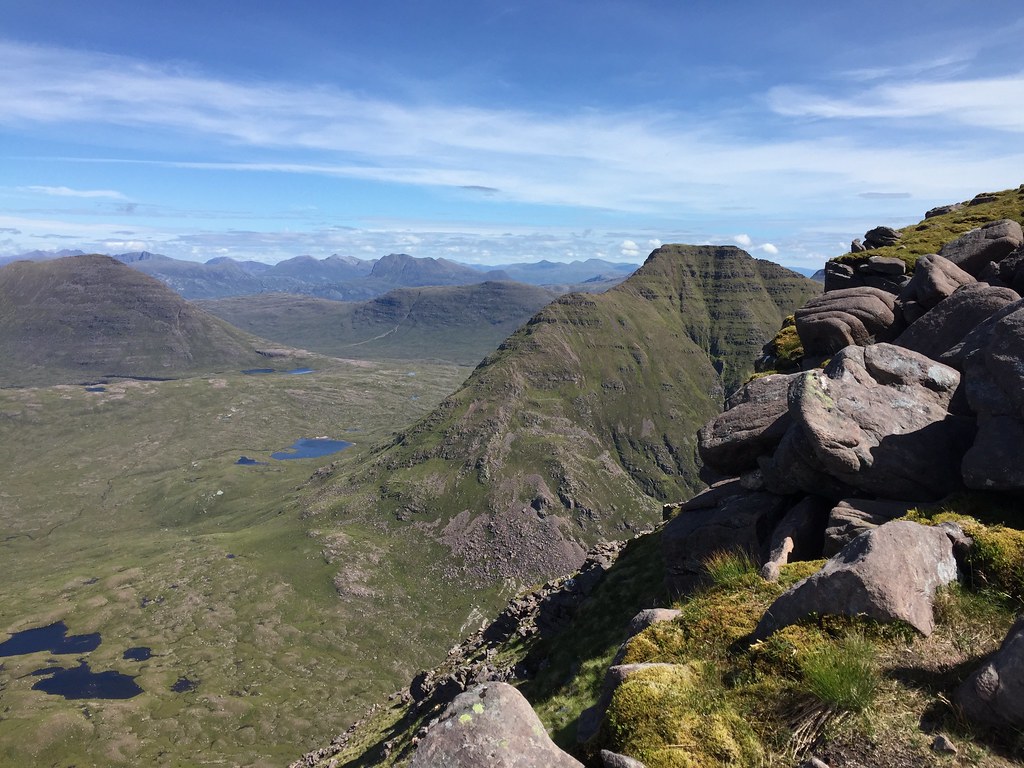 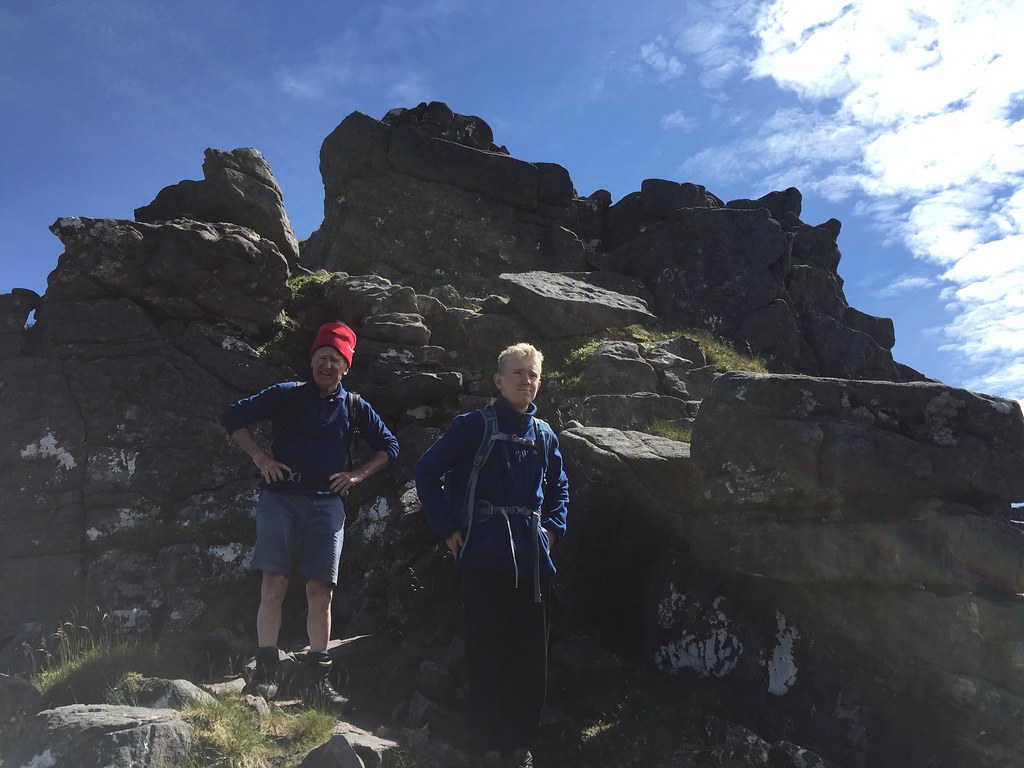 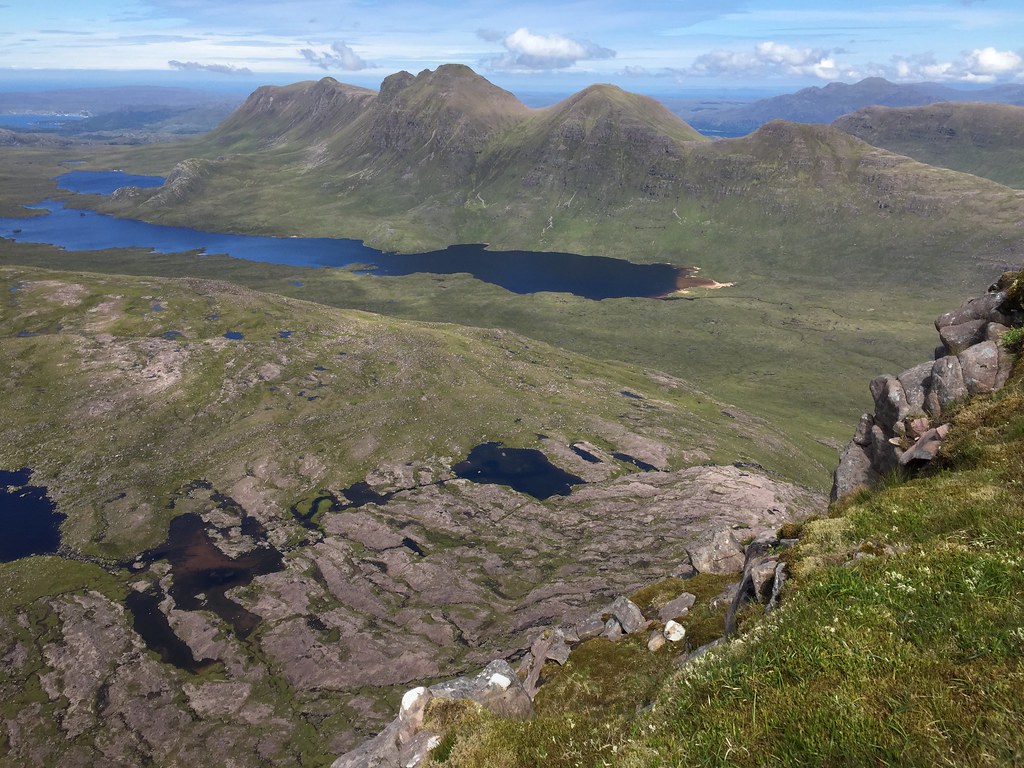 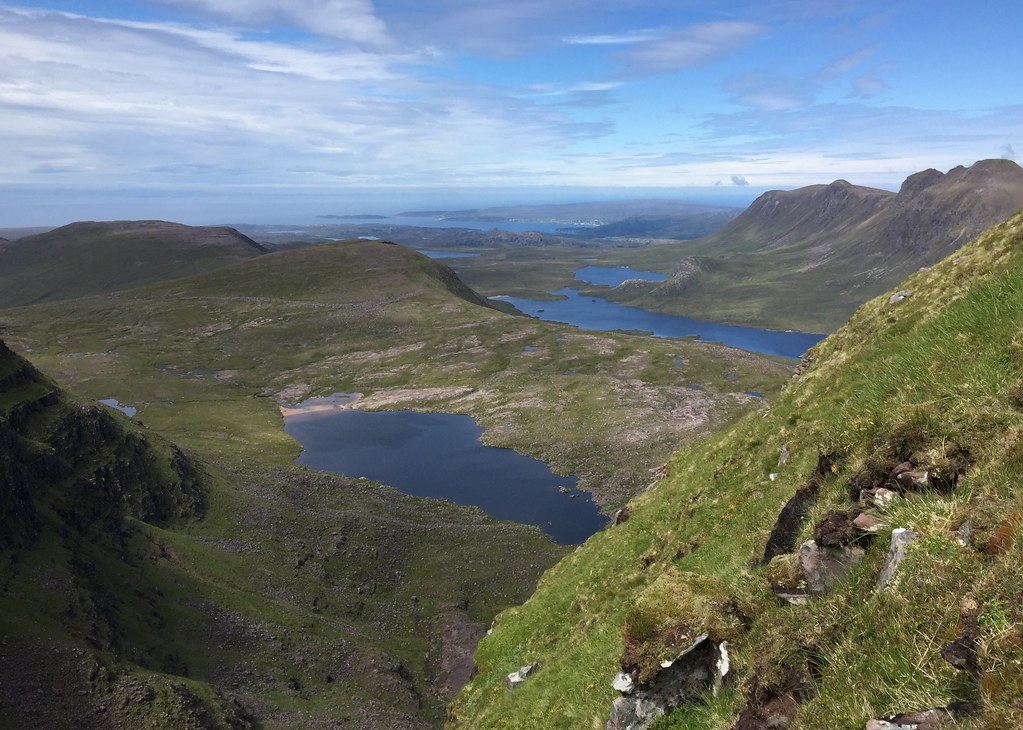 Out to Rua Reidh and Gairloch 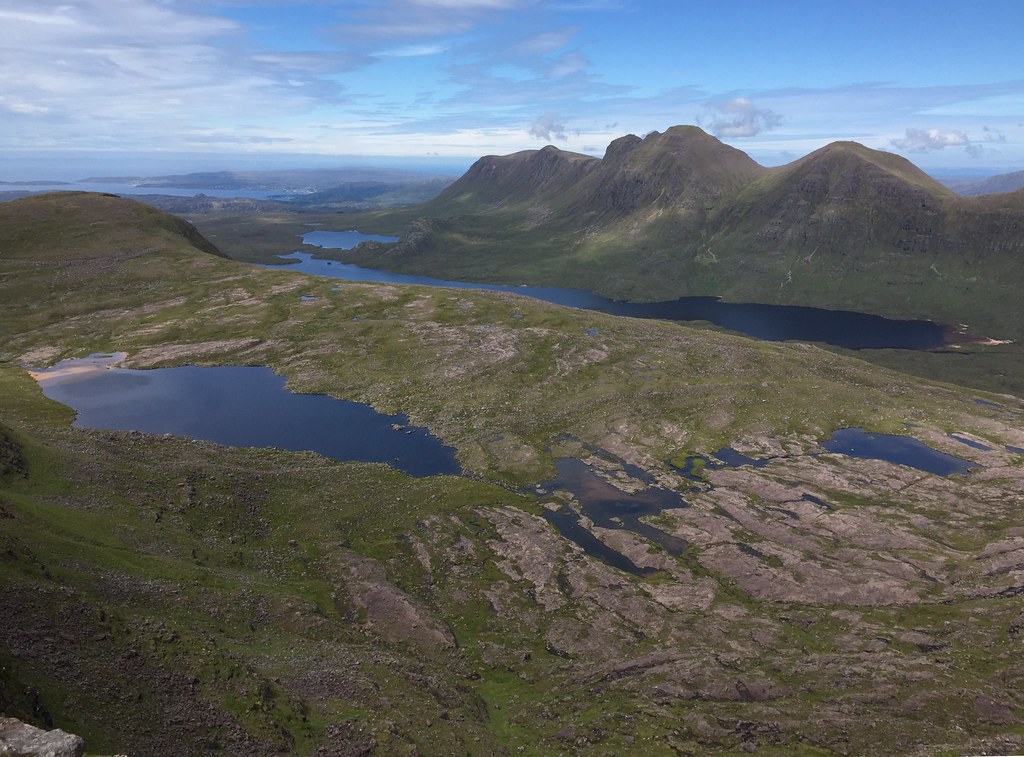 Impressive slabs in front of Baosbheinn 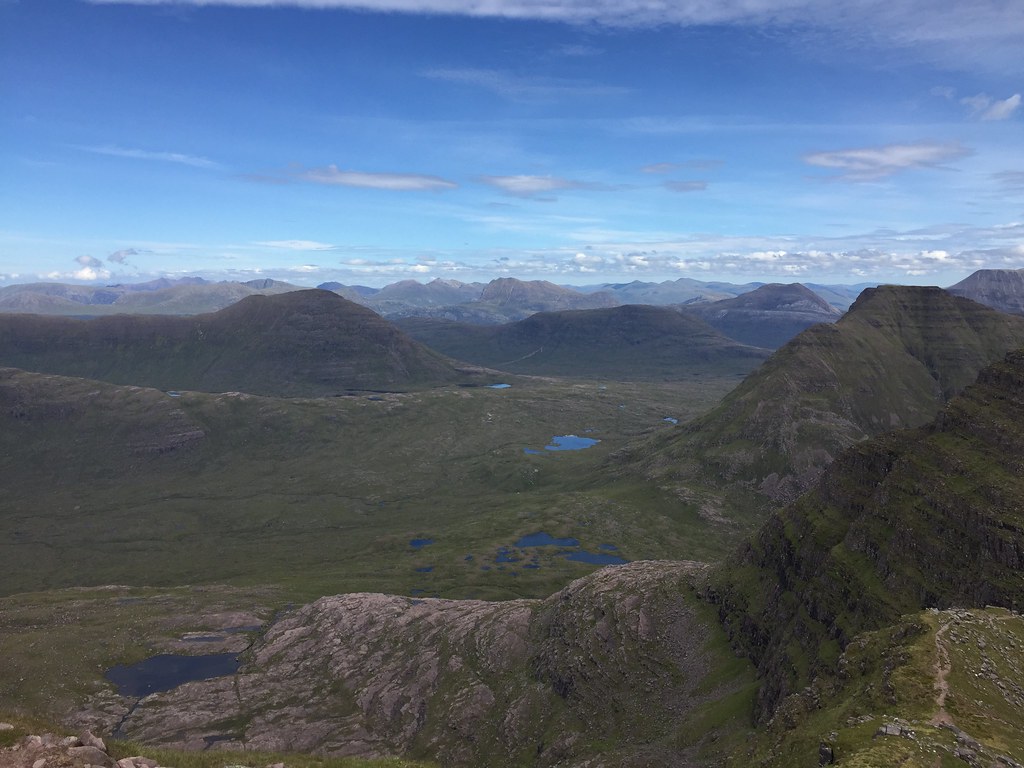 Fisherfield in the distance 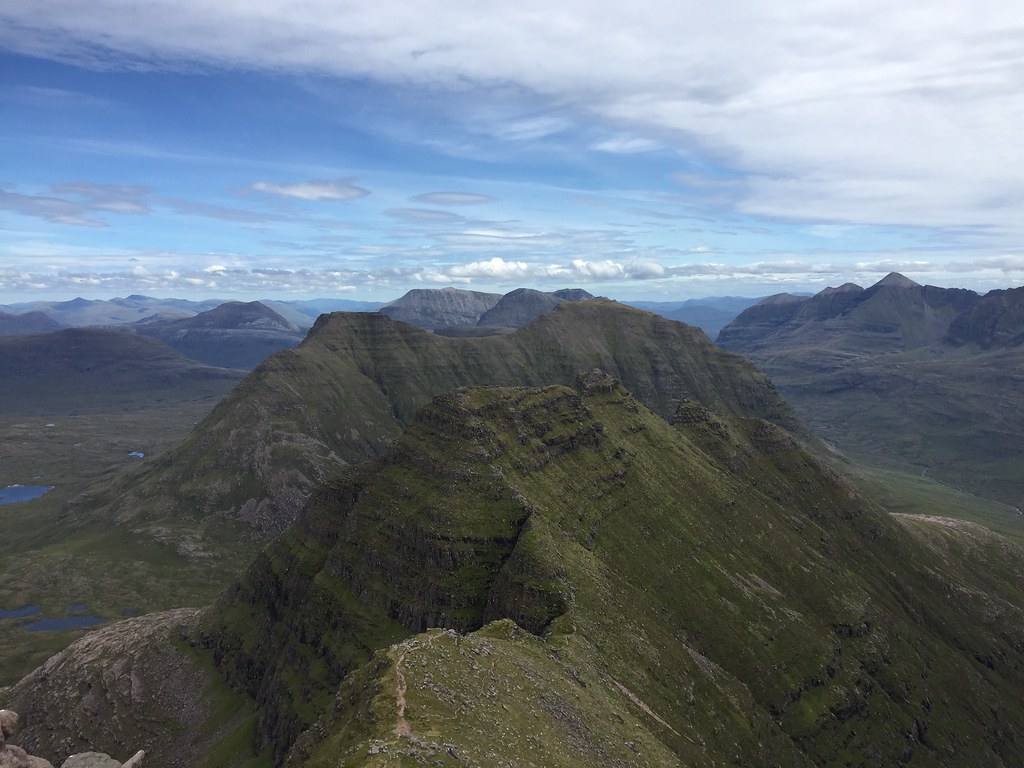 Back across the horns to Beinn Dearg 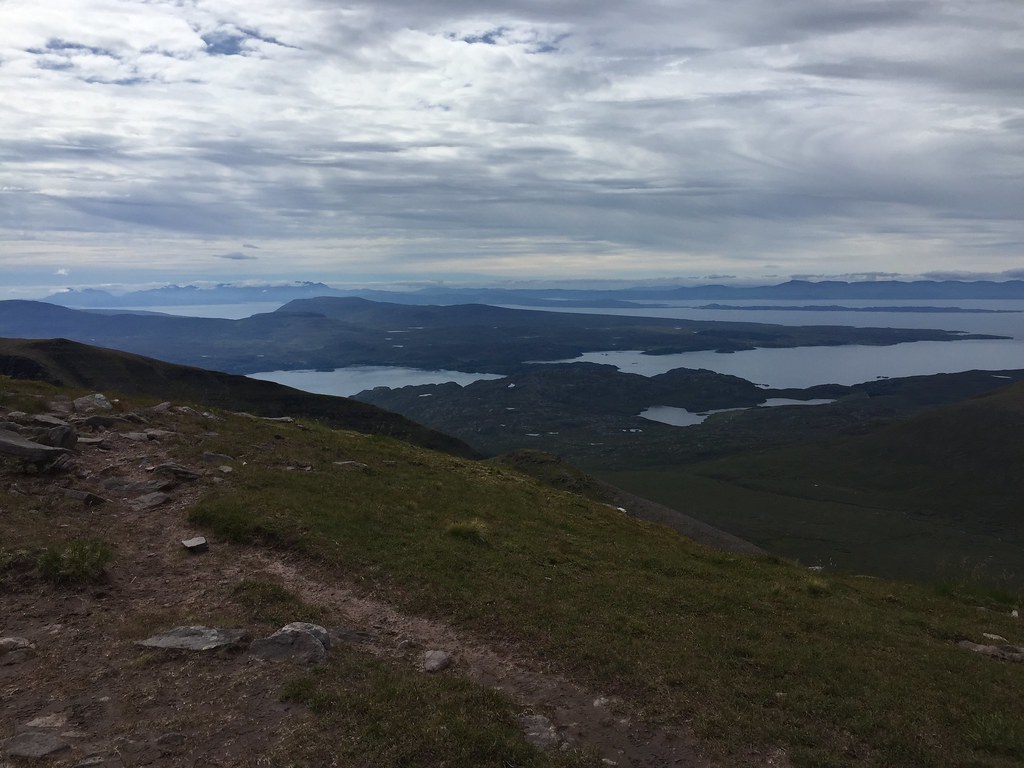 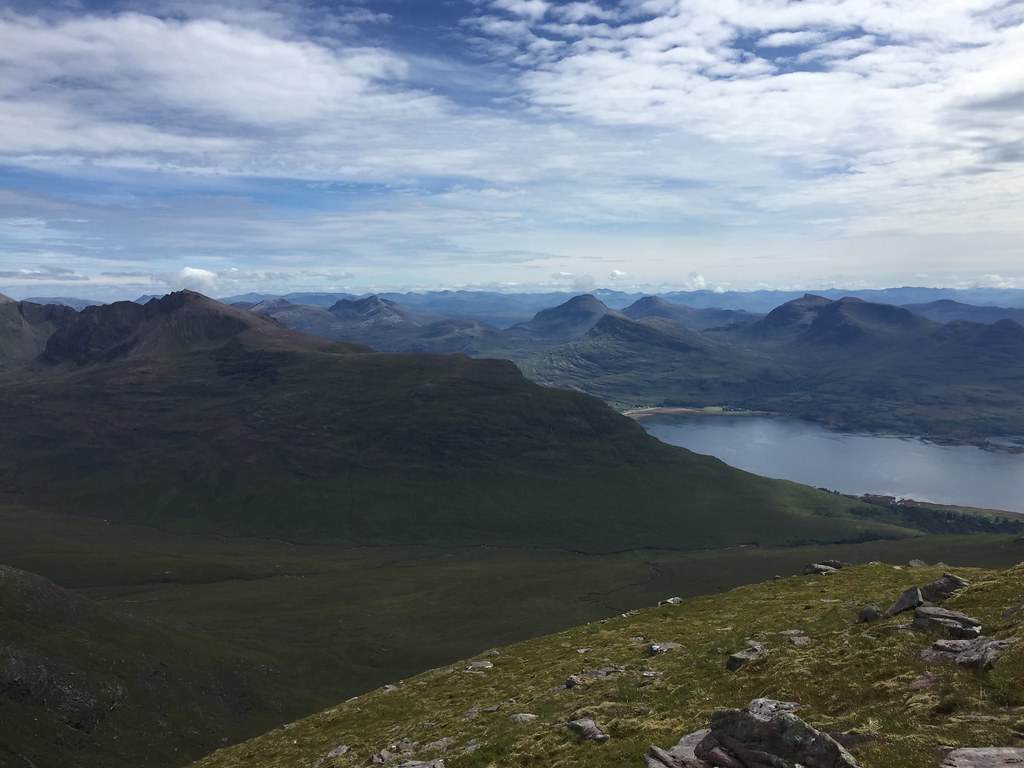 It's hard to contemplate that you are well over halfway through the walk at this point - it feels like Sgurr Mor is just the beginning of the main traverse - but the walking from here to Tom na Gruagaich is much easier and faster. After an hour of strolling, we were at the trig point, eyeing up the final descent into the corrie. It was great to remember last July's summit camp up here with Jackie - one of our best I think. 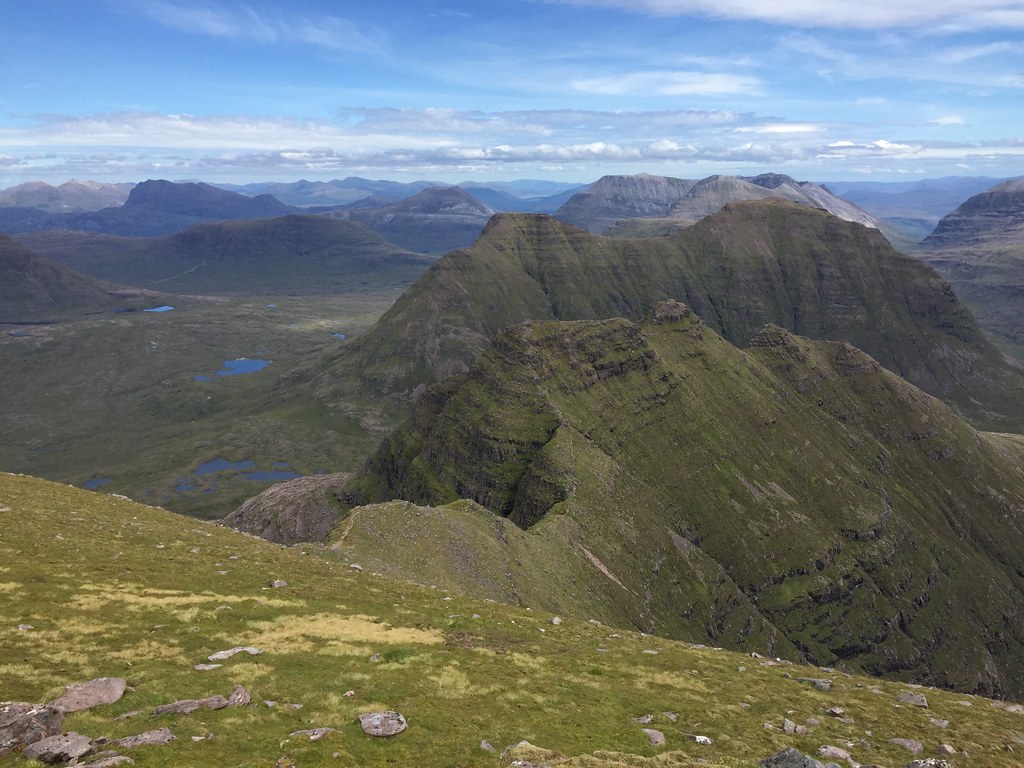 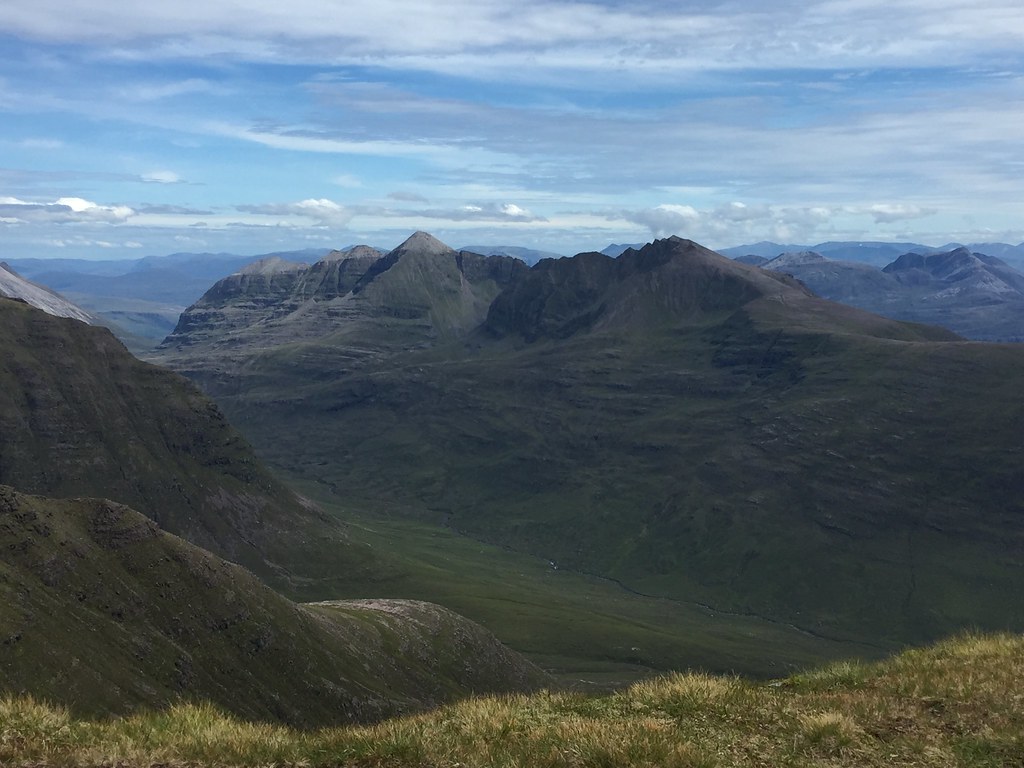 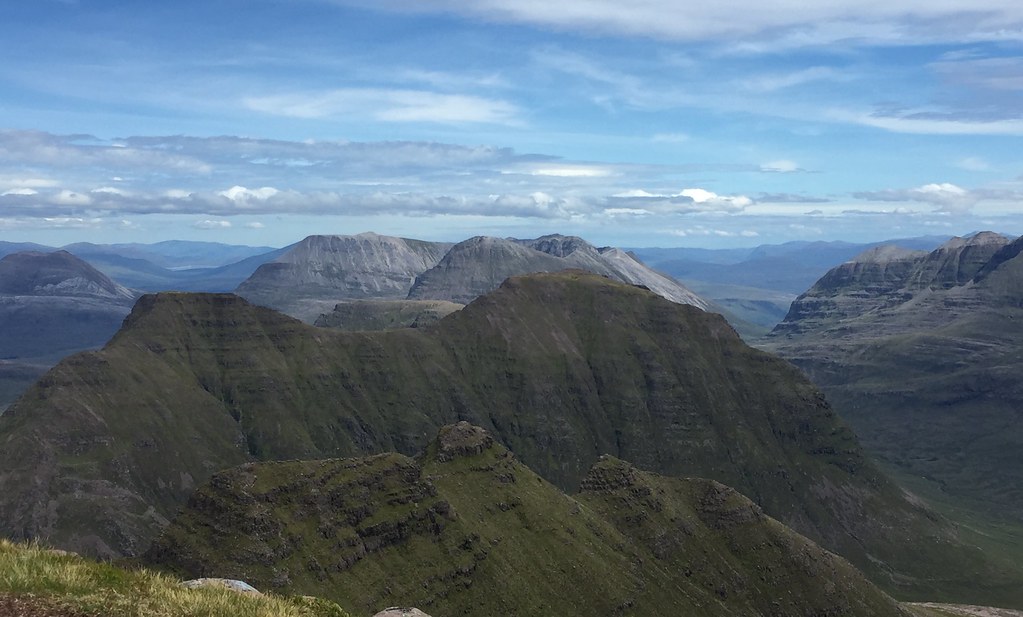 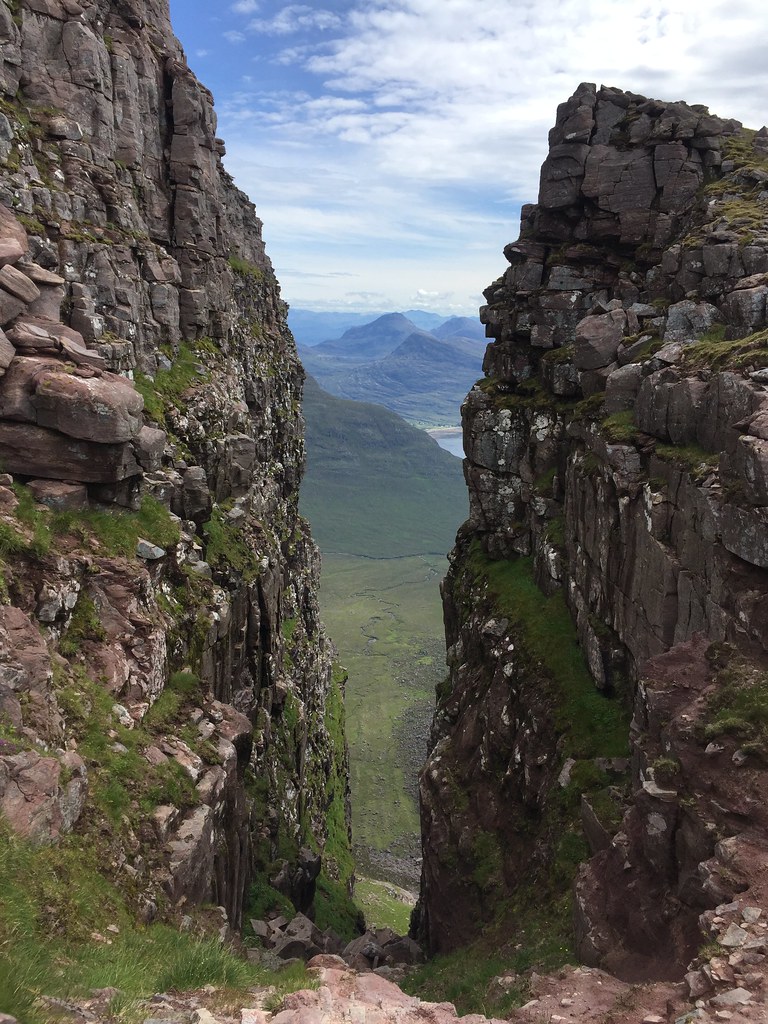 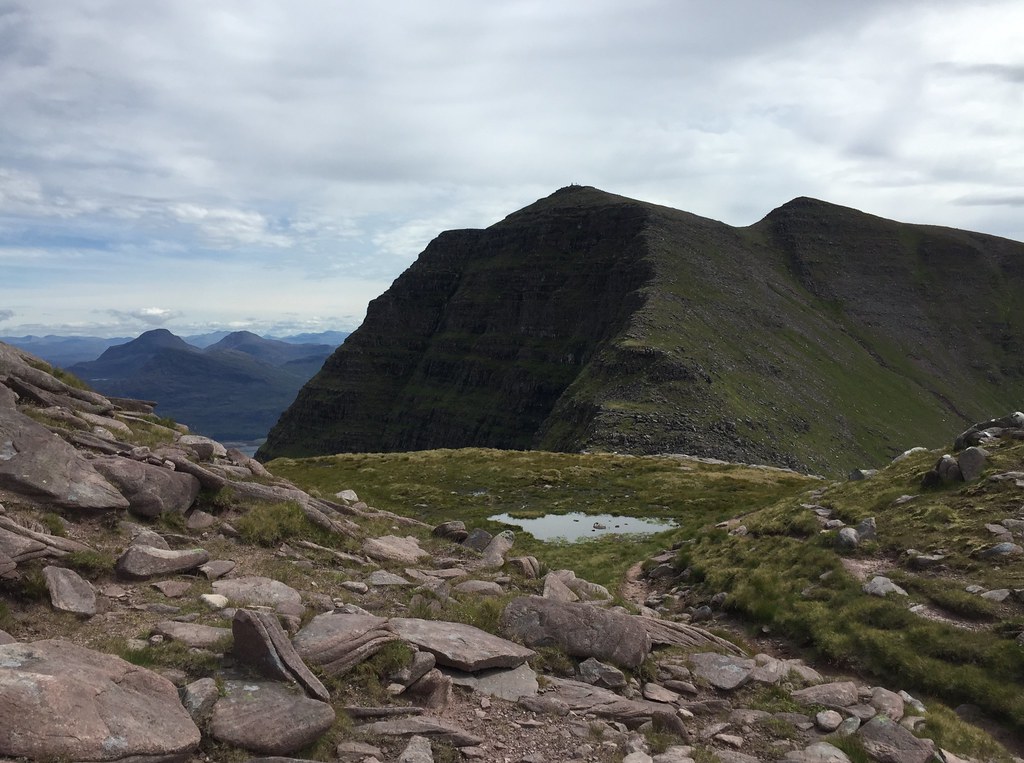 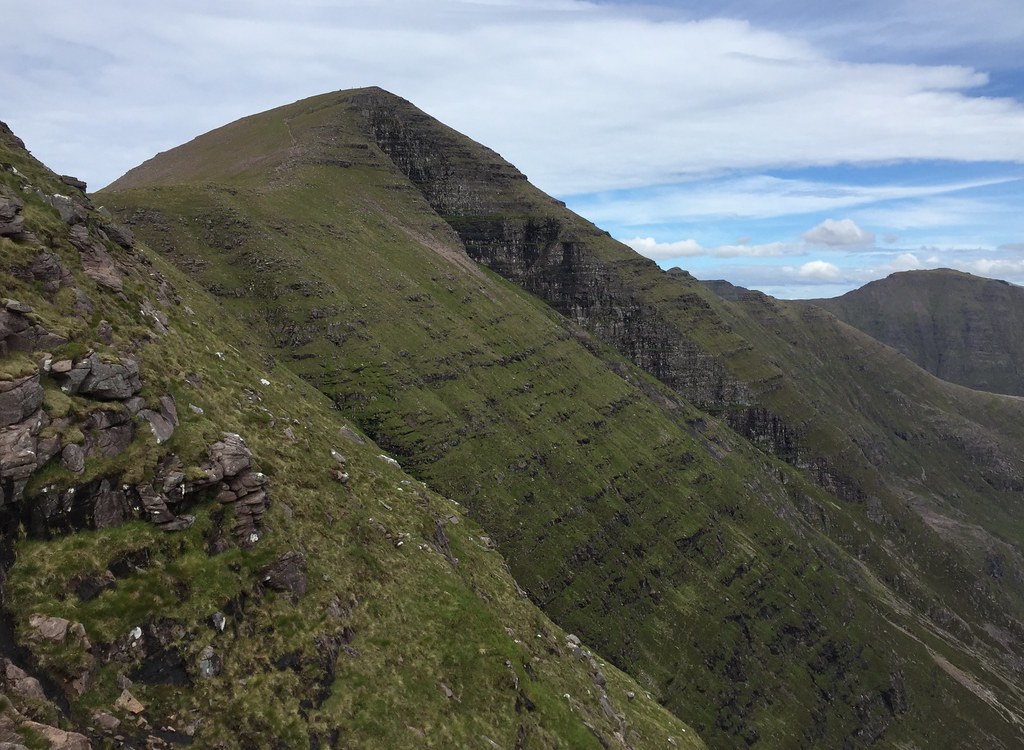 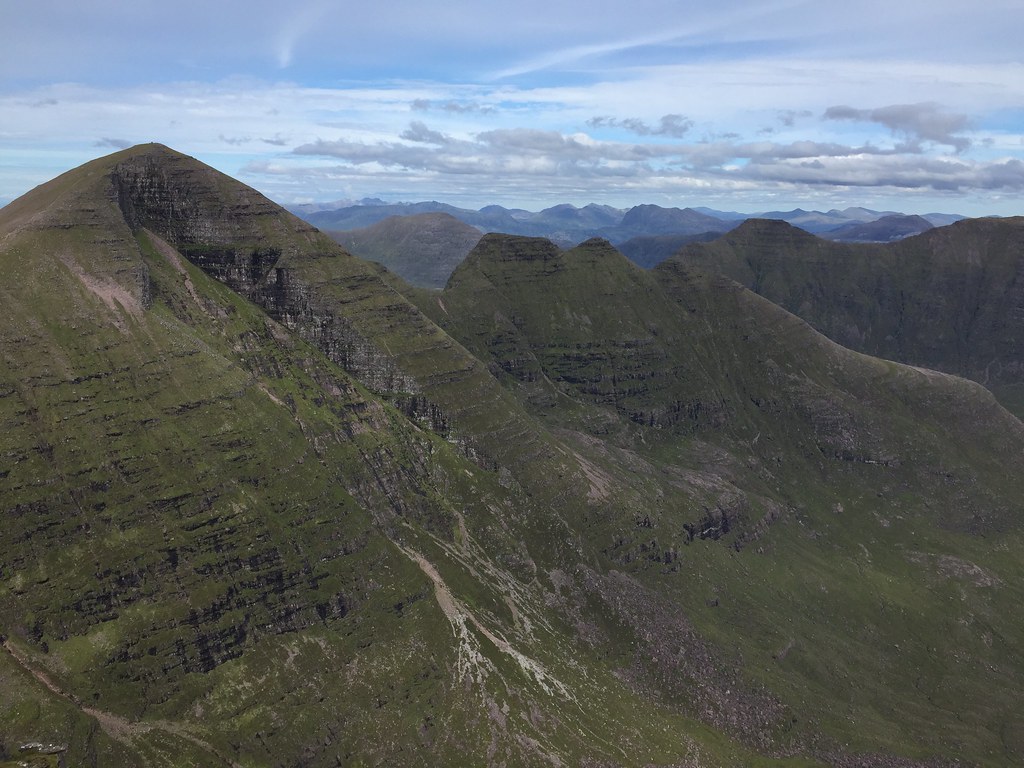 Back to the horns

The descent is steep (something our knees were now reminding us of), but the path down is pretty decent these days - much improved upon since my first visit in 2001 I think. Back at the car, we were pleased with a great day out - the sort of thing I had been dreaming about during lockdown in Glasgow. I was also quite tired - more so than I'd expect for a walk of this length. Although by this point I had been out on the hills for almost 50% of July, I hadn't actually done anything with a massive amount of ascent in it since about February, and it shpwed 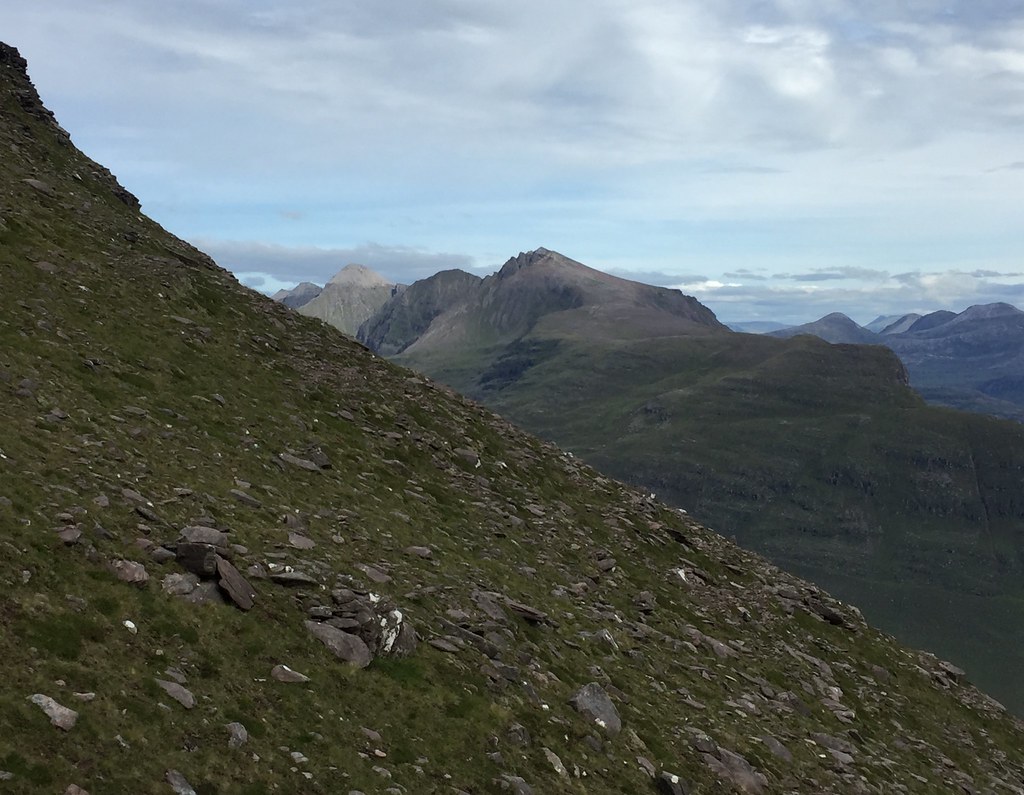 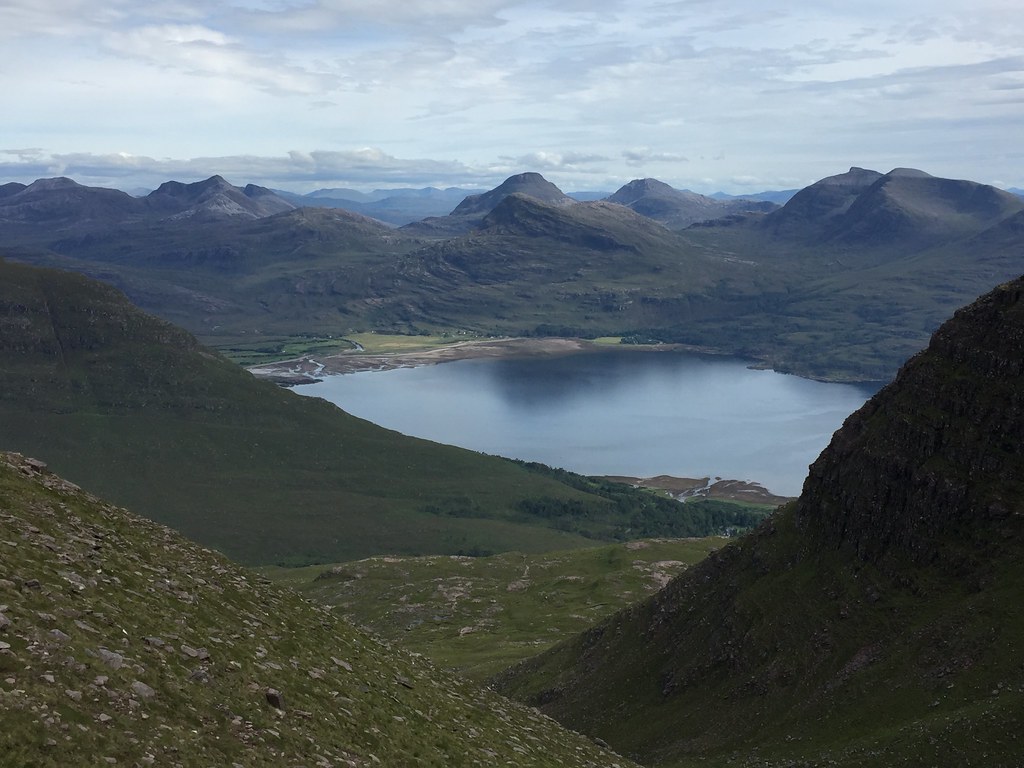 We drove back down to Torridon village just as Jackie and Pat also arrived back from Loch Clair, having had no problem filling out the 7 hours that we took on the hill (something that had concerned them slightly at first). We had time for a couple of beers outside the village shop before Jackie and I headed back to Inverness. There was little chance of the real weekend beating our mini-break for interest now!

Was clearly a fantabulous day. It's becoming ever clearer to me that one needs to walk the Torridons both in winter and summer conditions (and probably spring and autumn also) to get the maximum out of them.

Some absolutely wonderful pics there, notwithstanding the hair disadvantage you're working with..

Every time Kevin reads something about Beinn Alligin, he salivates like Pavlov's dog

We haven't been to Torridon since lockdown... Too much time spent chasing broken bits of WW2 planes. We should go back to serious stuff. My only concern is the popularity of the Torridon giants, parking problems, crowds on the Horns... The post-Covid reality

BTW my next TR will be about how we tried to follow your route on a local Sub (and failed!).

Always good to see Ben Alligin. Been there half a dozen times but don't know if I'll return. Don't think I'd get a better day than in 1995 but you never know.
Just on BP's point re social distancing I wonder what etquette might emerge for scrambly bottlenecks. Balaclavas on?