A tale of two migraines

A tale of two migraines


Met up with T for the first time since lockdown. We'd both been desperate to get up a hill. Me though not being as fit as him chose something I hoped I could cope with. Also T had never been to the Ochils so it seemed sensible. Been up Ben Cleuch a few times but had never come back down over Ben Ever. Unfortunately just after the scrambly bit coming out of Mill Glen I started getting an aura - uh-oh. Had a look in my rucksack for the paracetemol that I always keep there but of course they were not there. Arrgh. Decided to try and tough it out and did not tell T. The blind patches in my vision were interesting on the way up to the Law. By the time we got to the Law though the aura had gone, kept going all the time the expecting the headache to kick. Thankfully it was not a bad one. We got to the top had some lunch 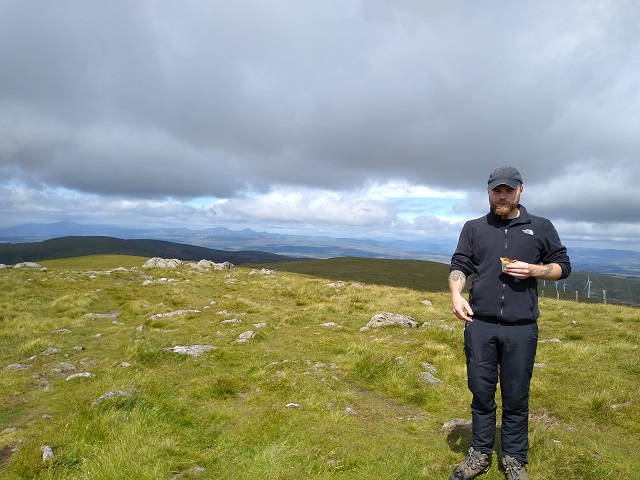 More lunch at the top

and headed over to Ben Ever. By now it was a dull ache. On the way to Ben Ever, looking back across. Looking back down towards the Forth

Got to the top of Ben Ever Looking East from top of Ben Ever towards the Law and started on the way down and then another aura started. I have never had two in the same day, never mind within an hour of each other. Still did not tell T. On the way down from top of Ben Ever

So headache, aura and blind spots for the next 15 mins was really fun. I put it down to painting the fence the day before. Thankfully blind spots were away by the time we got to the top of the quarry. Spent the rest of the walk in silence. T probably wondered what the heck was going on. Anyway got back to the car. Said bye to T. Had a look at the time, amazed we did it in 4.5 hours but we did. Headed to Costa at Tillicoultry and sat in the car park for a bit before heading home. Texted T later to explain about the migraines. Was probably stupid not to tell earlier but thankfully all ok.