g50.gpx Open full screen  NB: Walkhighlands is not responsible for the accuracy of gpx files in users posts
My friend Mark has joined me in Kintail for a few days, he'd travelled on the rail red-eye special 12 hours from Euston to Inverness where I picked him up at 8.30am. Not much sleep for him with, it appeared, hardly any heating and with types using their mobile phone at 2am. Can it really be that important? I'd enjoyed my early 90 minute drive to Inverness and guess what, it was clear - no rain or cloud!

Back in Glen Shiel our original plan given Mark's journey was to have had an easy day, maybe just a couple of hours walk somewhere. But with the great weather he'd brought (what a lucky **** when it's been lousy weather this past week!) and itching to get into the snow, he asked if there was a fast route to the peaks. . About 3km down the glen from the Cluanie Inn there's a stalker's path up the ridge to the Munro Maol Chinn-dearg. So we had some breakfast, Mark sorted his gear and we set off up the glen to park in the layby just opposite the start of the path.

We started out at midday and soon eased into the walk, taking it at an enjoyable leisurely pace. What a day and what a superb path! It seems to effortlessly lift you onto the ridge, what a difference from grass and heather bashing when you have to create your own route. At first we were in shade but were soon onto the first flatter grassy part and back into the sun. The views were staggeringly good in all directions with plenty of snow on the sheltered north slopes but fast disappearing from southern aspects. It was here that I found I'd left the camera in the car, what a fool again! So I had to use the phone camera instead. 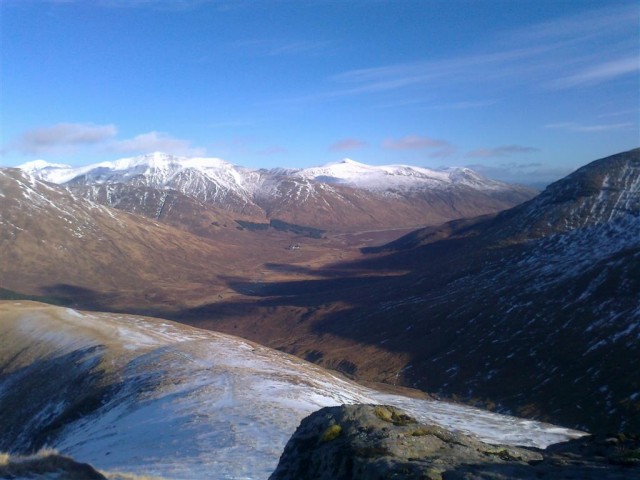 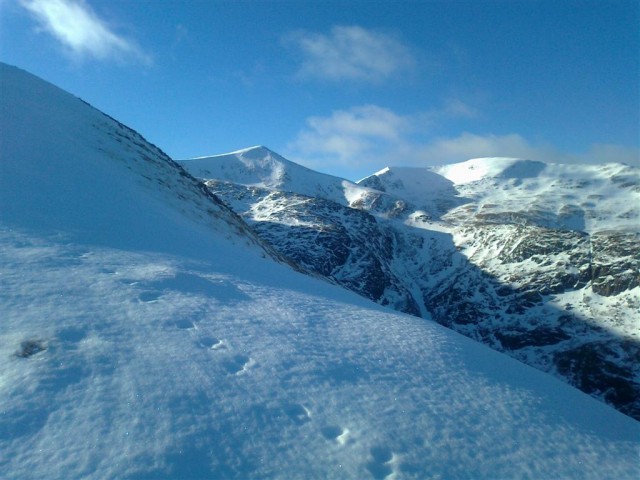 The ridge rises gently for about 1km and the snow cover increased from about halfway along. We aimed for the top of the first steeper section where we stopped to put on crampons and get out the axes, the snow having changed to a much firmer type in a short distance. The ridge narrows at this point and there was a good band of perfect neve up to a small rock tower ahead, out of the sun again here. 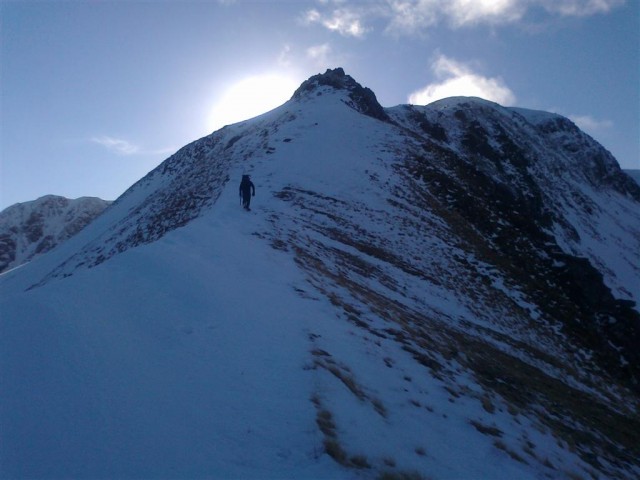 The route goes over the top of this, no problems, in fact trying to go around either side would lead to steep slopes. After this we were back in the sun again, although the air had quite a bite to it even with little wind. Ahead there were a series of short rises and small level patches, the snow continued to be perfect for cramponing and was a real joy to walk on. 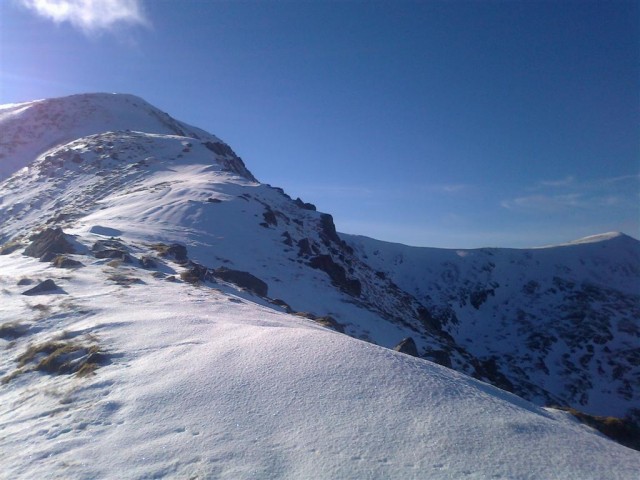 We could see more of the ridge to the east and west, corniced and dramatic in the corries. 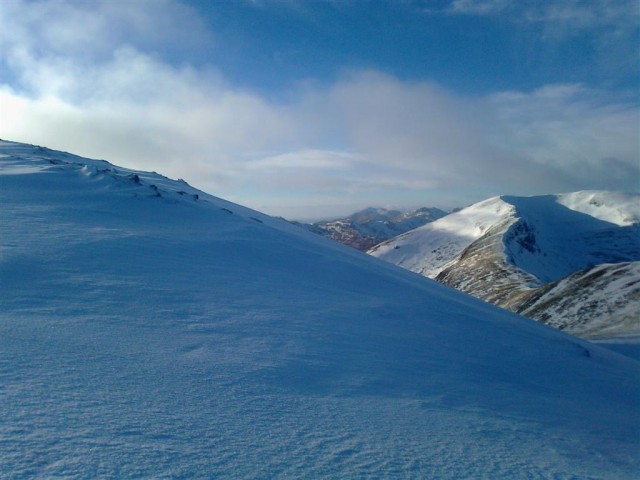 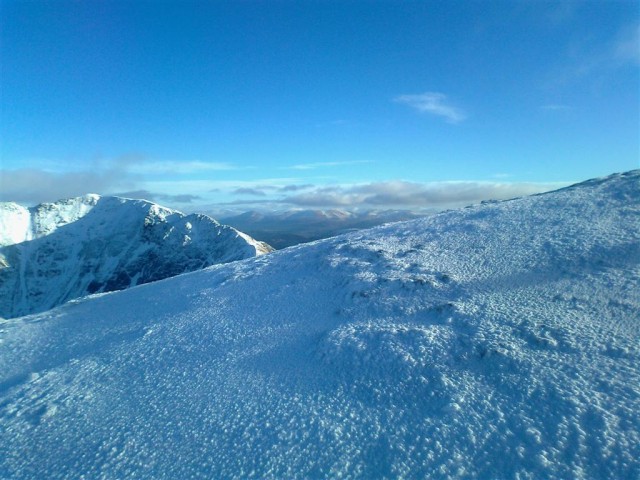 At the top of these rises there's a final slope to the summit of the Munro and the small cairn where the views beyond just took our breath away! Words aren't good enought to describe it. 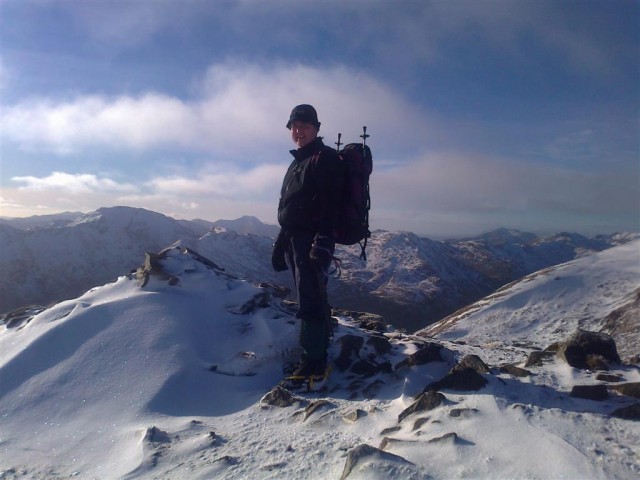 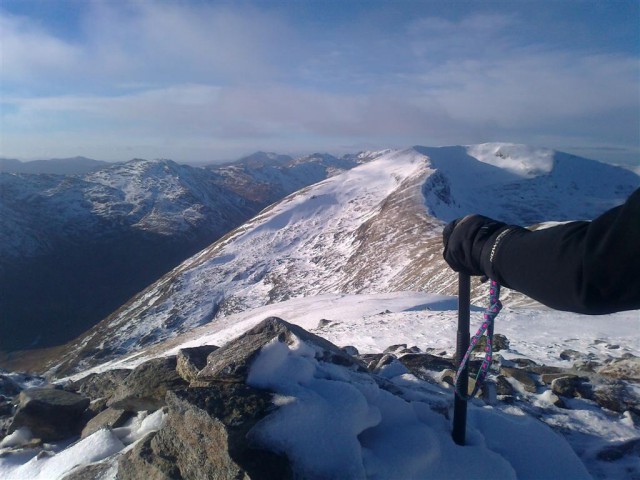 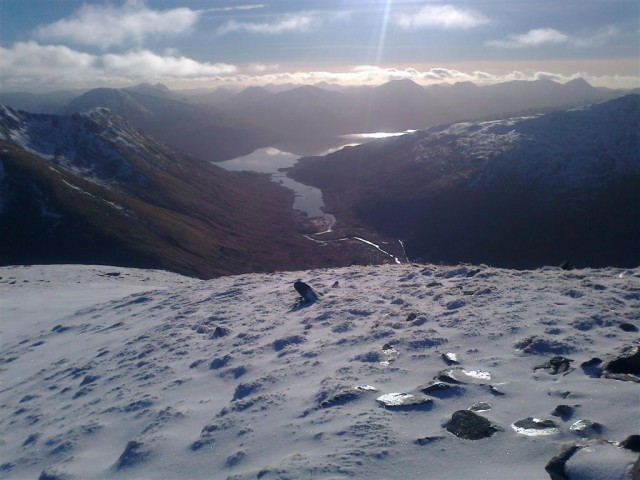 Eventually we headed down to the west, making use of the great snow again alongside the cornice although the south side was very wind-scoured with little snow remaining. 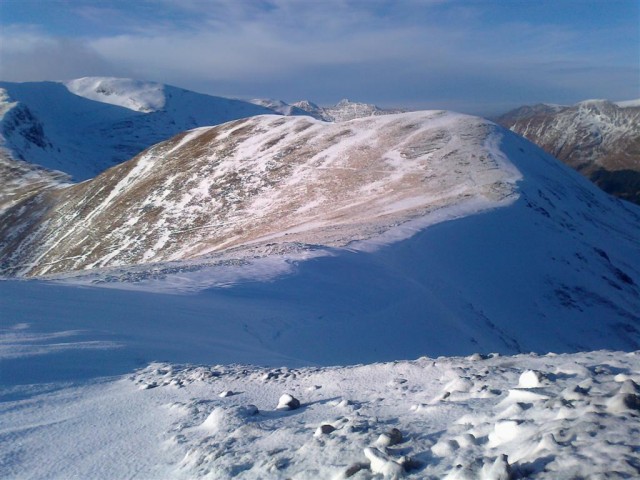 It was a simple case of following the ridge edge along to the top Sgurr Coire na Feinne and the start of the descent ridge. We stopped for some more photos before starting down. 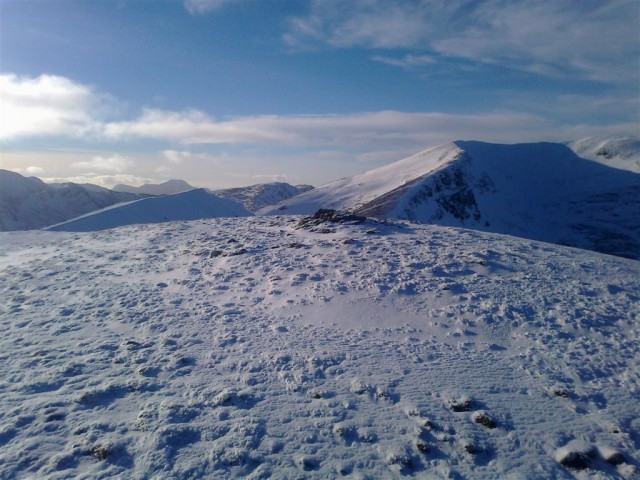 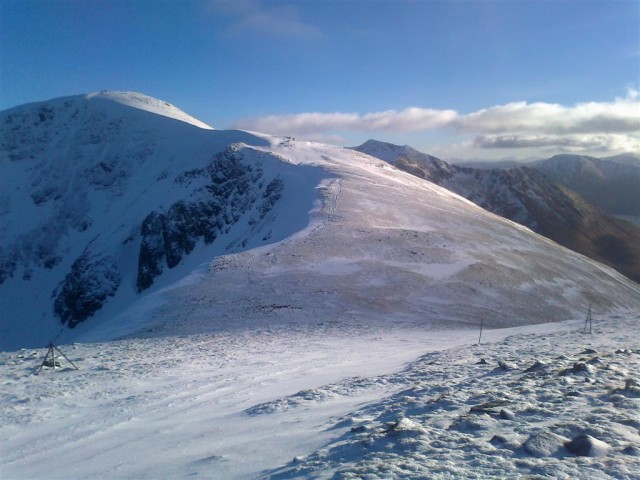 The first part of the ridge is steep and there is, I think, a path down the rocks on the right. But to the left of this there was more excellent snow to get us down to where the angle eased. This is another fun ridge, full of interest and with great views into the corries and cliff faces on either side. 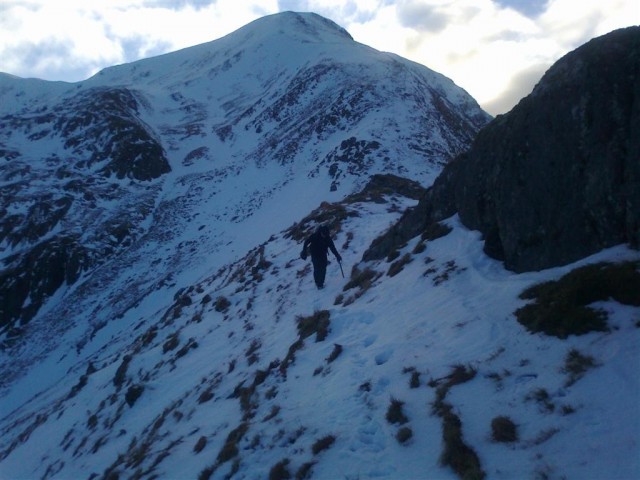 A final look at the ridge in the setting sun as we made our way back to the car. 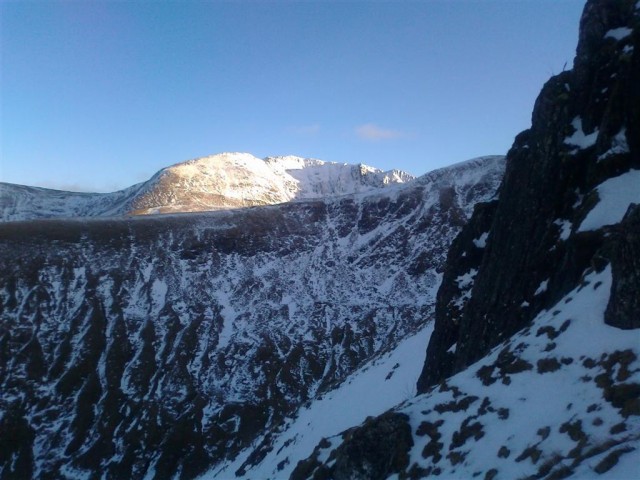 This is a great half day outing, highly recommended!

Fantastic - both the report and the photo's.... thank whoever for mobile phone cameras eh - loved this, thanks for posting

sun, you mean it still exists

. Anyhoo... great report and cracking pictures. Looks like you had a memorable day out

. As for the sleeper - I think it just depends on the individual. I've done it with the missus and I had 8 hours unbroken sleep and she had 1 hour sleep and 7 hours cursing me for booking it

Passed these hills many times on the way to Skye - on my to do list this year - hopefully wild camp on the tops of these gorgeous buggers!

Cheers for the report

Thursday weather strikes again! I vowed to take a thursday off to get into the hills but instead I was looking at this through the office window

I keep meaning to do more of these hills in twos and threes - there's so many nice ridges and stalker's paths that drop off into Glen Shiel and they make good short days out. Great report

Stunning set of pics there

Lovely pictures you have there