Something a bit different this week, George is away to find the sunshine in northern Italy to drink copious amounts of red wine and eat lots of pasta and pizza. So it was going to be me & Parminder for this 'little' outing. As George was unavailable I thought we could tackle a couple of hills he wouldn't fancy even if he was in a great mood, especially as bikes are essential. The obvious candidates were Sgarsoch & Fhidhleir.
It is 5 years since my last visit when I was accompanied by Hugh and I remember it being a real tough shift.
As bikes would be required Parminder volunteered to drive, I arranged to be picked up at our usual meeting spot at 6.30 and as usual we were both early. The road north to Braemar was lovely and quiet, however we did notice quite a few campers between Glenshee and Braemar - far more than usual, let's hope they ALL leave no trace.
On arrival at the Linn of Dee car park, that was also far busier than I have ever seen it and we arrived before 8.30am. We managed to get one of the few vacant slots and as soon as we opened the car doors we welcomed by the locals and they were desperate for their breakfast. Parminder was definitely on the menu and was getting eaten alive. We couldn't get on our bikes quick enough and in the rush Parminder left his phone in the car!!
Parminder's answer to getting rid of the midges at the car park is very simple - chop down all the trees, simples. We all know that isn't going to happen so we need a nice little breeze to blow the little pests away.

Parminder not very happy at being on the midge menu

The way ahead, it wouldn't be too long before the trees would be history

Parminder having a shot at the front

So we are on our bikes heading along the track towards the lovely named White Bridge, with the memory of midges fading quickly. The only problem was Parminder was coming out in lumps, so we stopped so he could take an 'anti histamine' tablet and within a short time the lumps had gone. Modern medicine at it's finest.

The Dee taken from the 'White Bridge'

Here he comes, saving his energy

Path getting a bit bumpier, for me at least

Luckily not a crossing point for us

That's the way we are going

Parminder not wanting to get his boots wet riding through puddles

First of a couple of gates

George knows where to come when he needs another trailer

Arty shot looking back, a lot of thought went into that photo

Still got a bit more cycling to do

Very slight incline so it is time to dismount

Another burn to cross

River crossing demonstration by an expert

Now it is going to get tricky

The cycle in was OK, but as usual I was wishing my bike had suspension or even better an electric motor. Parts of the track are excellent but the rough bits were to put it lightly very uncomfortable.
We dumped the bikes at the Geldie Burn and then crossed the burn after finding a suitable crossing spot.
Shortly after we crossed the burn I had noticed a cyclist coming down the hill towards the burn. The cyclist turned out to be Ross who Parminder and I both know from WH meets and we are friends on FB. So Ross obviously being a 'proper' biker crossed the burn on his bike and dumped his bike at the ruined lodge and joined us for the next 7 hours or so.

The ruins of Geldie Lodge

Looking back, good wee path to start until it splits and effectively disappears. Ross trying to hide behind Parminder

The way ahead, not very interesting

We followed the path a bit further than we should have, it was certainly easier going

Looking back, featureless or what?

We picked up the ATV track, going was much easier

Even the cairn on Fhidhleir wasn't very exciting 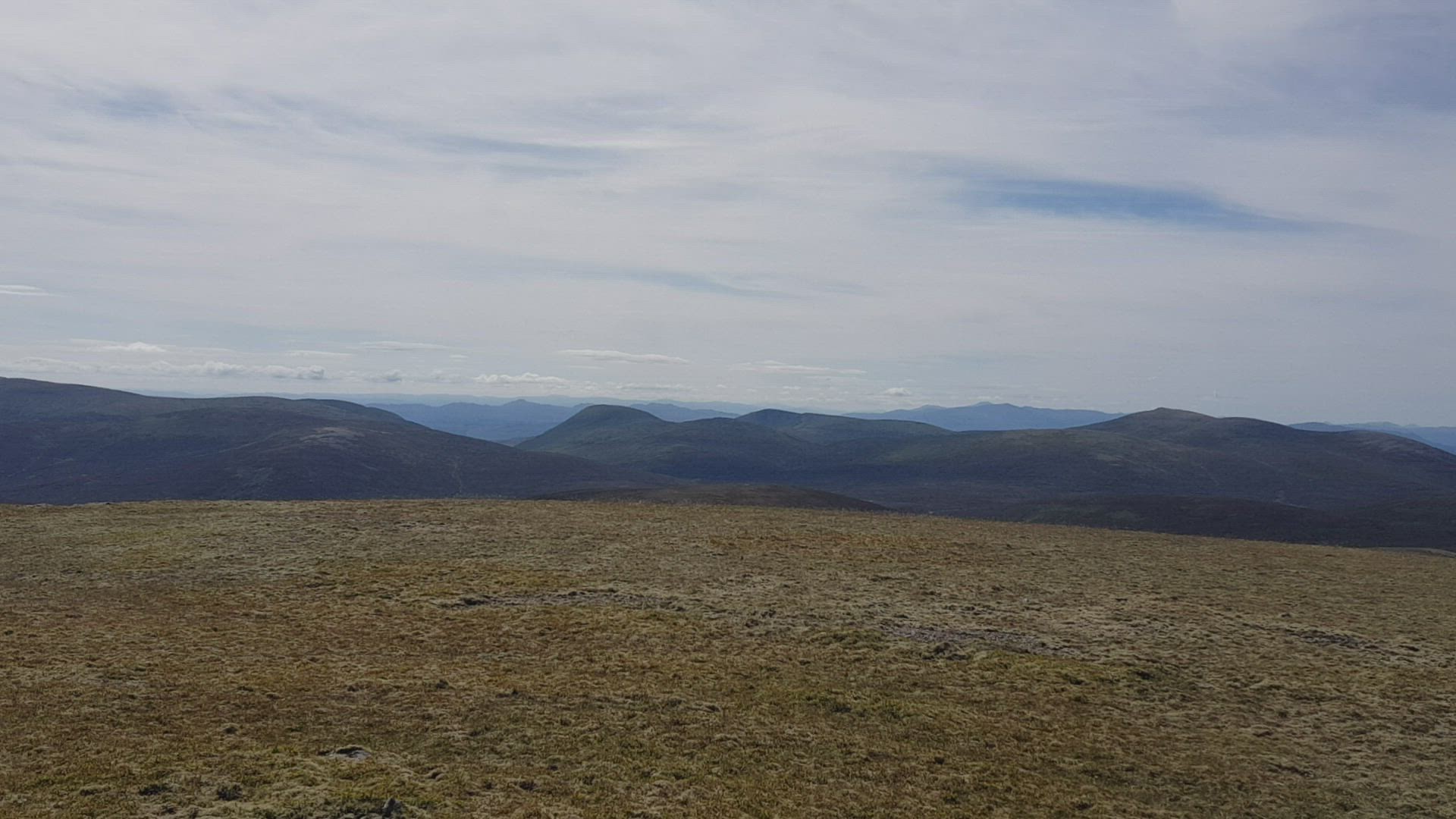 Looking across to the next lump otherwise known as An Sgarsoch

Path very obvious, it would disappear when we reached the peat hags

Path overgrown after 3 months of no boots trampling across

Descending now, we are aiming for the path to the left of the heathery lump ahead 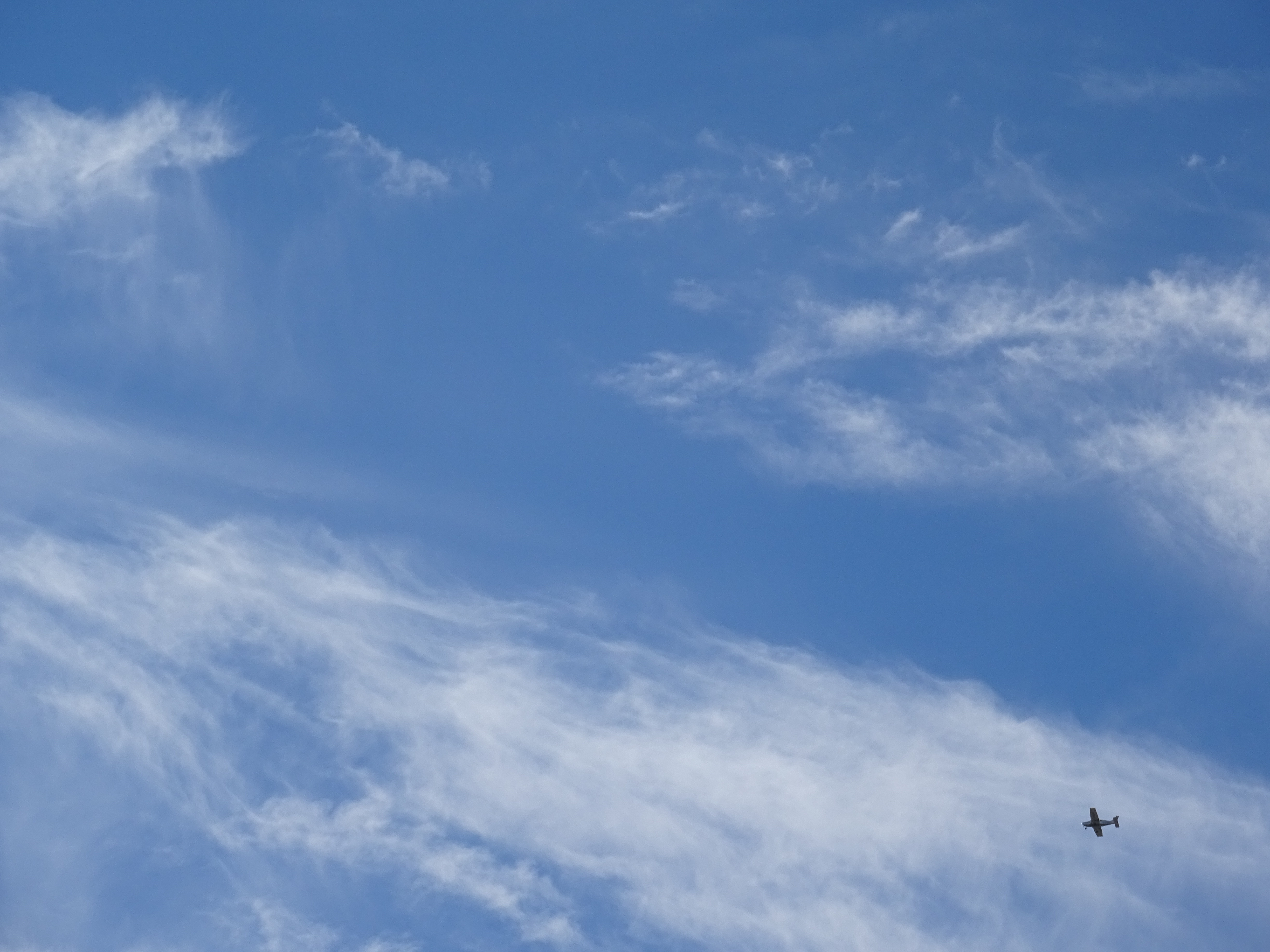 That was a lucky shot, pointed and hoped as it was quite bright 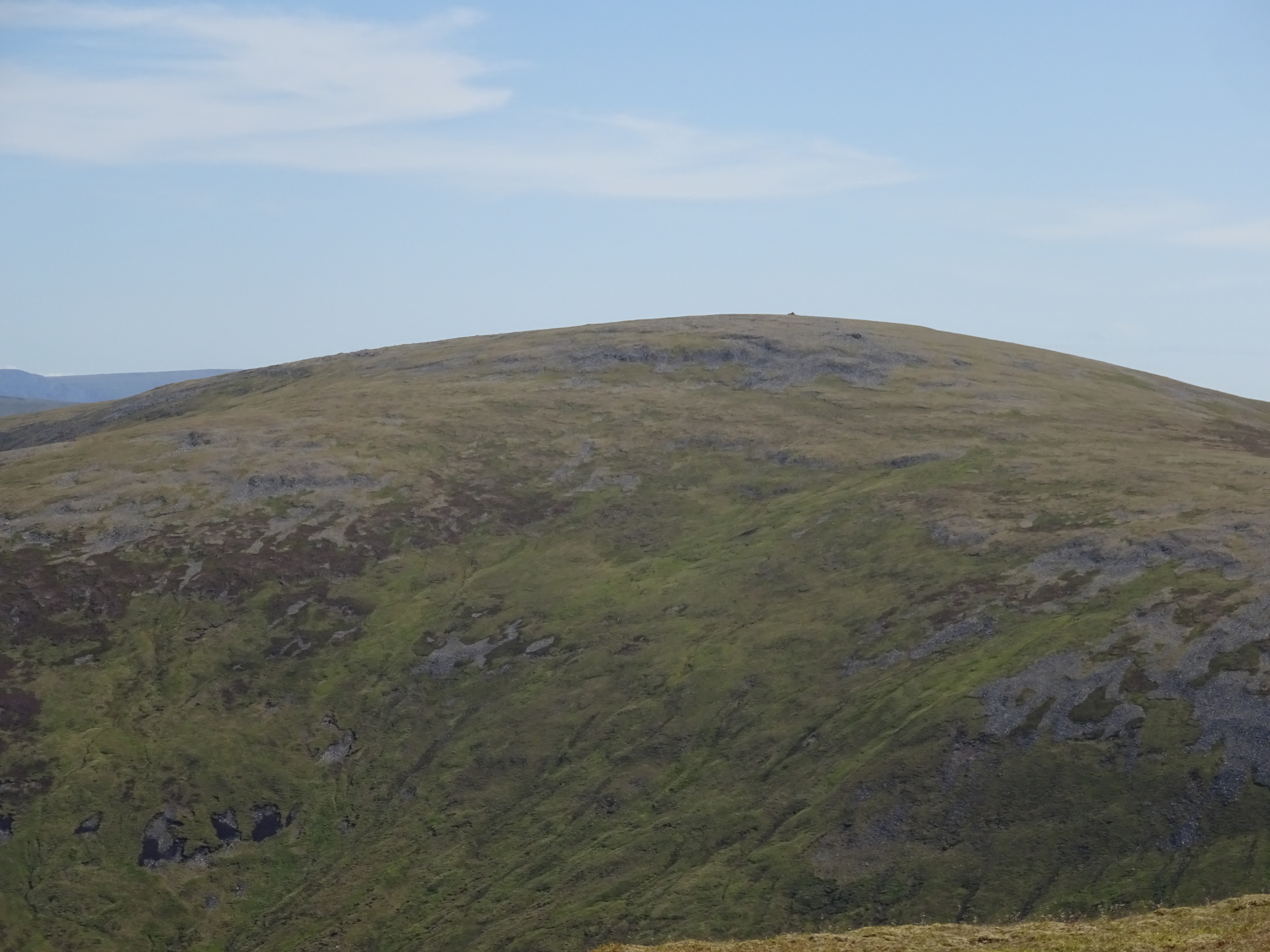 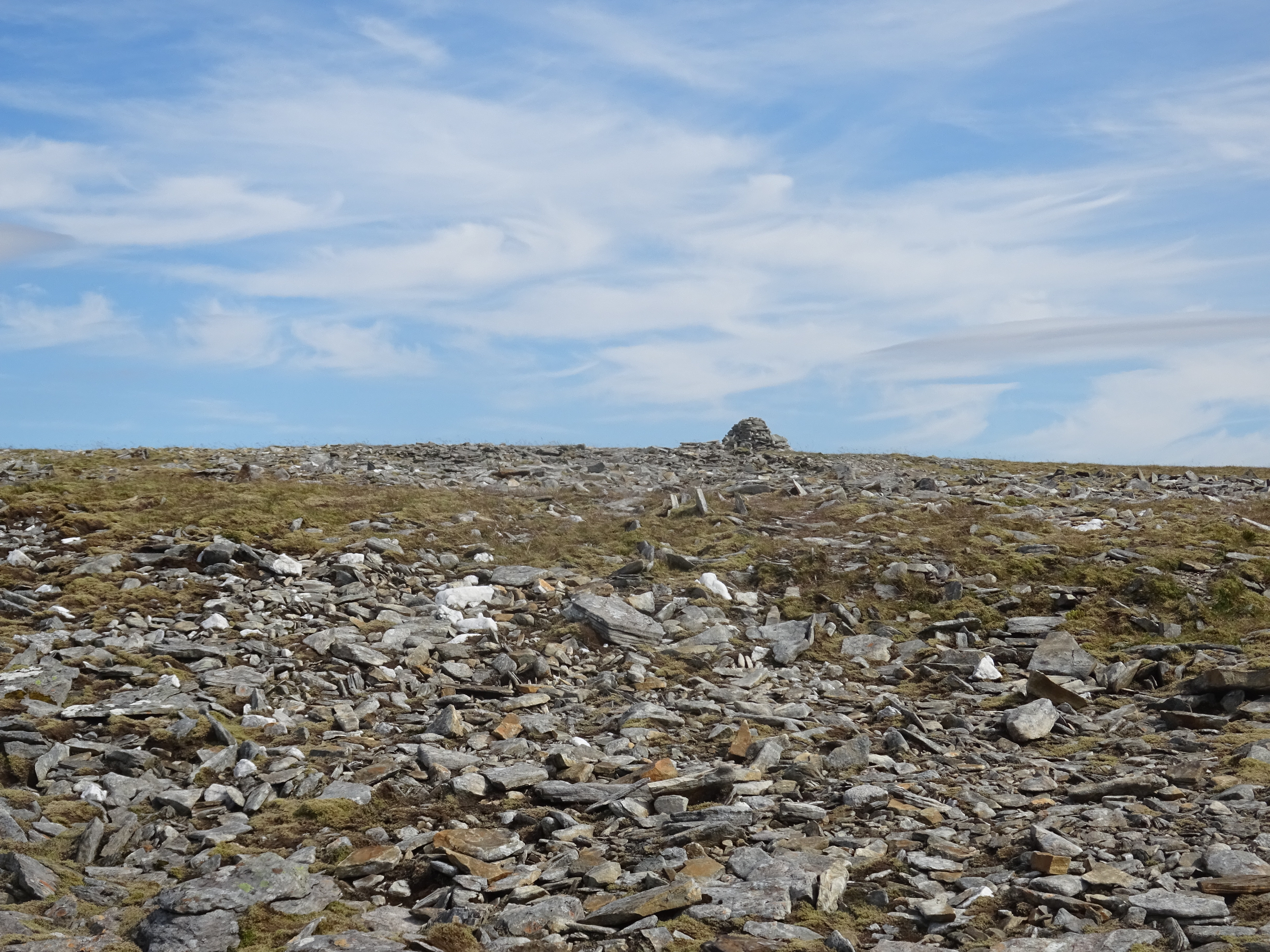 Camera shot of Sgarsoch cairn on the approach to the summit

One thing that is rather obvious is the number of photo's on the cycle in as opposed to the walking bit itself. The hills themselves are featureless round lumps and do not merit umpteen photo's.
The cycling in and out didn't seem to involve much pedalling, and even less on the way back, I am certainly not complaining. Even Ross commented on the fact about the lack of pedalling.
It was great walking with Ross and finding out a bit more about him, thanks for your company.

This turned out to be a cracking day and we were almost textbook on our route following. A huge thanks to Parminder for driving, the journey back was uneventful apart from a detour via Dundee as the slip road onto the M90 southbound was closed. We don't seem to be having much luck with road closures.
The plan is to return to the Gorms next Sunday and tackle Bhrotain and neighbour and at this time 5 days in advance the forecast is promising.

Thanks to you and Ross for your company. On another BRAW day out,,

A good weather day for a cycle and walk with 2 ticks to boot, well done the 3 of you.