Meall Chuaich.gpx Open full screen  NB: Walkhighlands is not responsible for the accuracy of gpx files in users posts

Sunday the forecast for the Dalwhinnie area was looking good so decided to knock off the last of the Drumochter Munroes on my to-do list - Meall Chuaich. The drive up from Glasgow was in persistent drizzle but as I pulled in to Lay-by 94 the sun appeared and never went away all day - it was a glorious day for hill walking.

The first part of the walk is a pleasant stroll along a track that runs alongside an aqueduct. After a couple of kms you arrive at Cuaich Power Station and shortly after this a fork in the road - take the left hand fork to continue following the track alongside the Alt Cuaich towards Loch Cuaich (for some reason the hill seems to have acquired an extra "h" in its name). 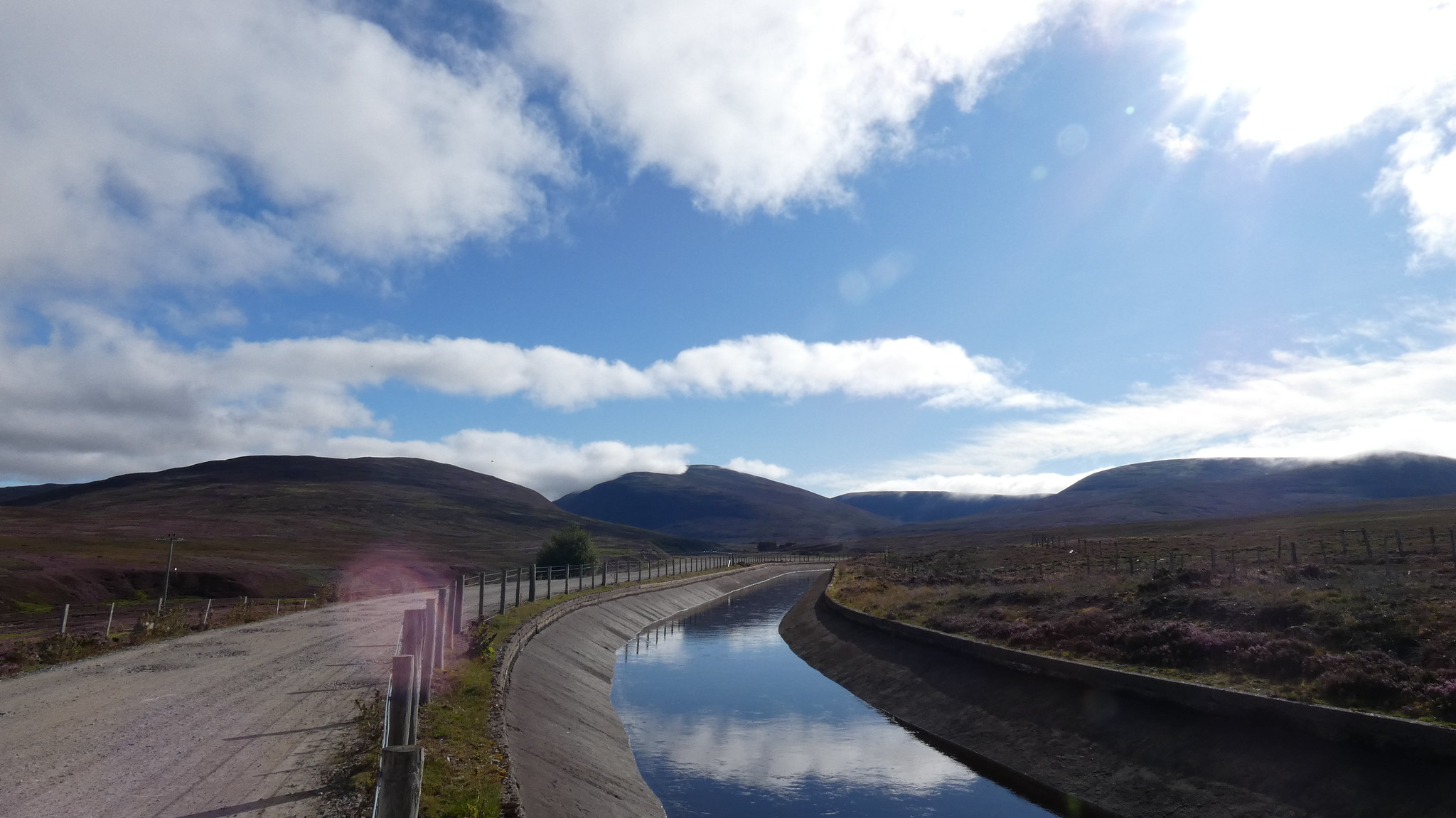 Track leading into the hills 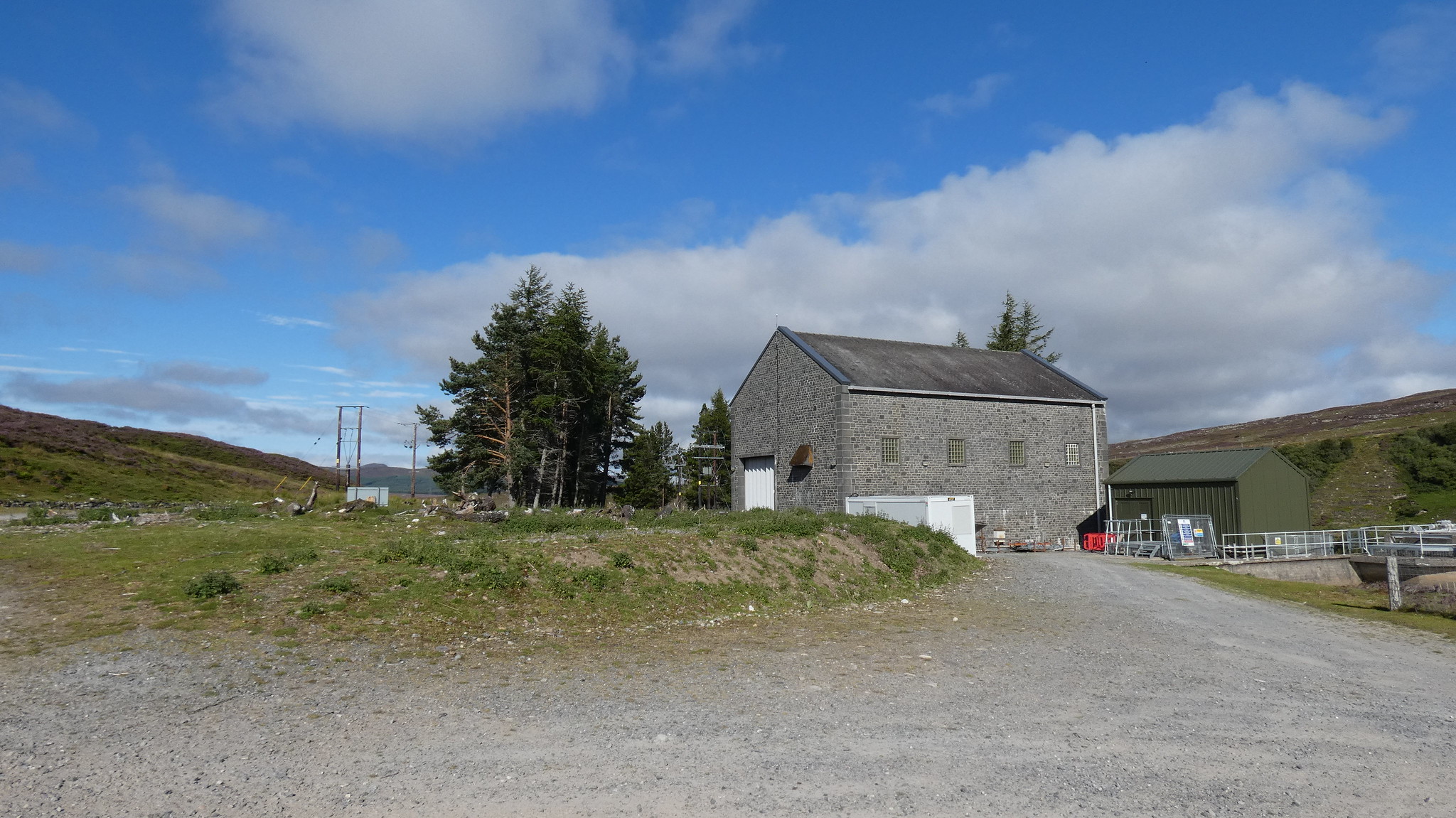 There's a handy wee sign planted among the heather that points you in the right direction at the fork in the road. 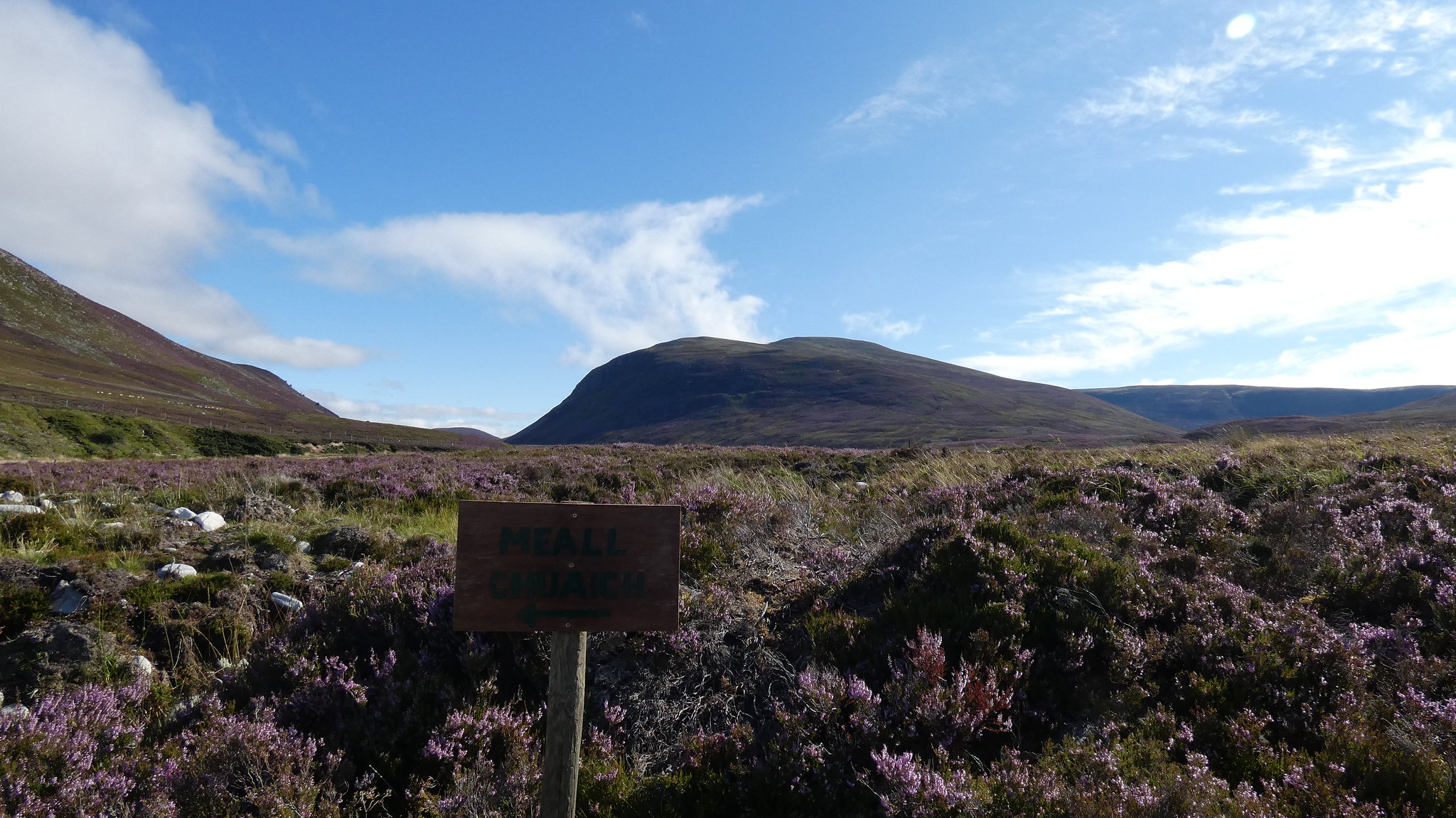 As you approach Loch Cuaich you'll notice some colourful boxes among the heather. Probably best not to do what I did and take a closer look - they are beehives and the place around here was buzzing with bees. Ignore the path leading down to the loch and instead follow the main track round to the right. Just round the corner is a bothy and shortly after a bridge - just after crossing the bridge the path to Meall Chuach branches off to the left and starts climbing up the hill. 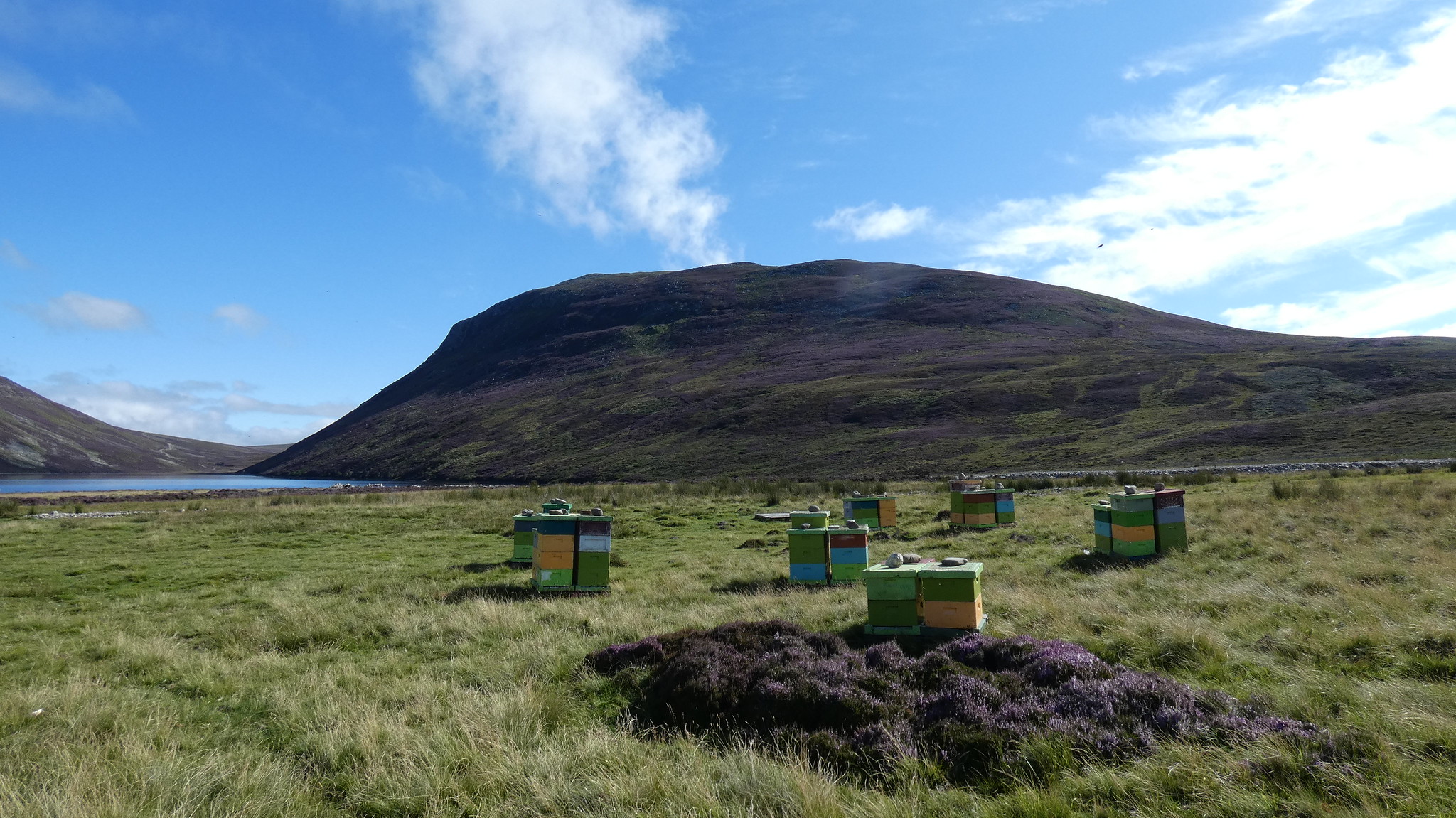 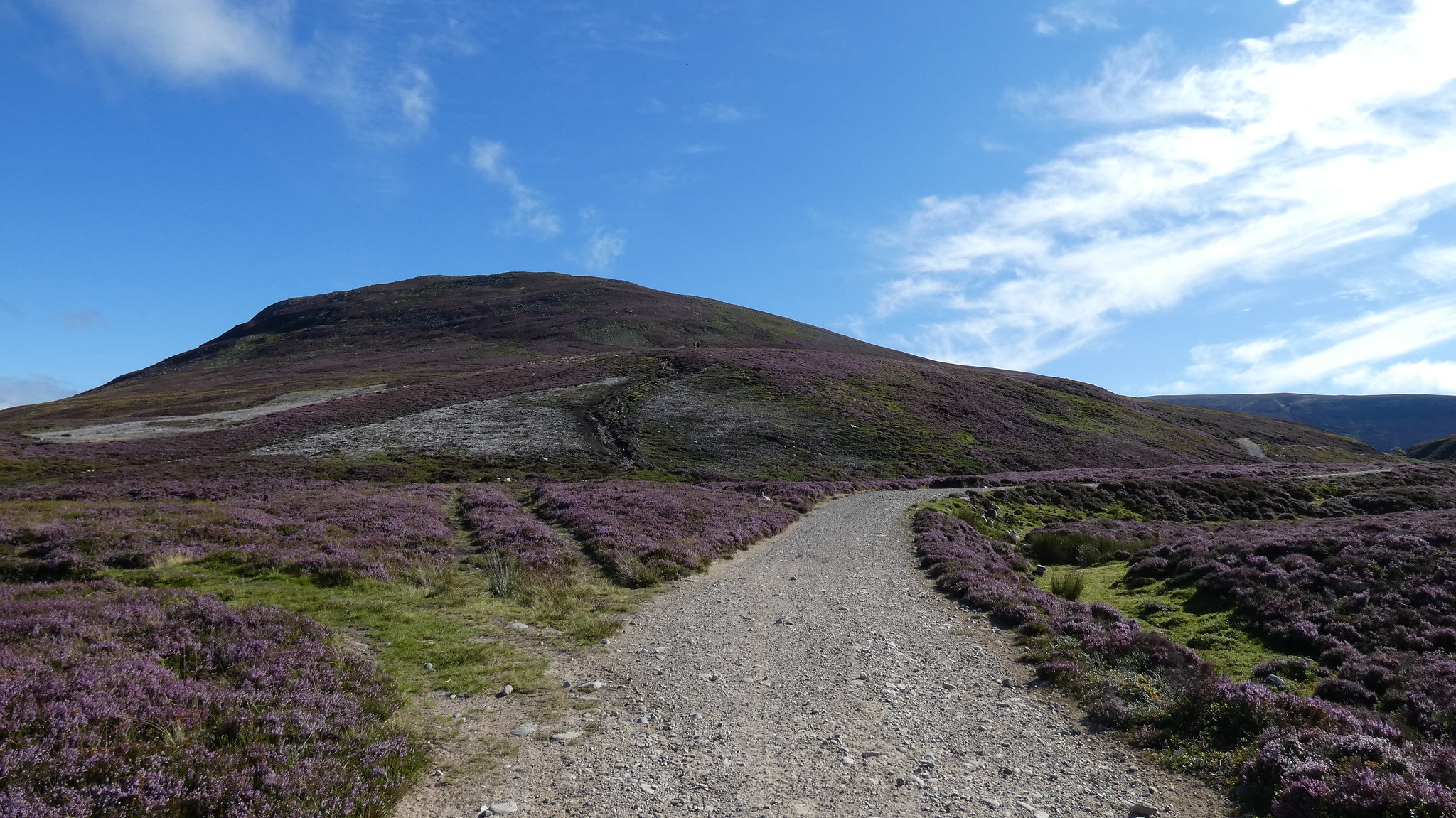 Start of the path up Meall Chuaich

The path up the hill is easy going mostly - a bit boggy in places and I'm sure it's a major pain in wetter conditions. There are some steep sections but they don't last long, and it's pretty eroded especially in the lower slopes. 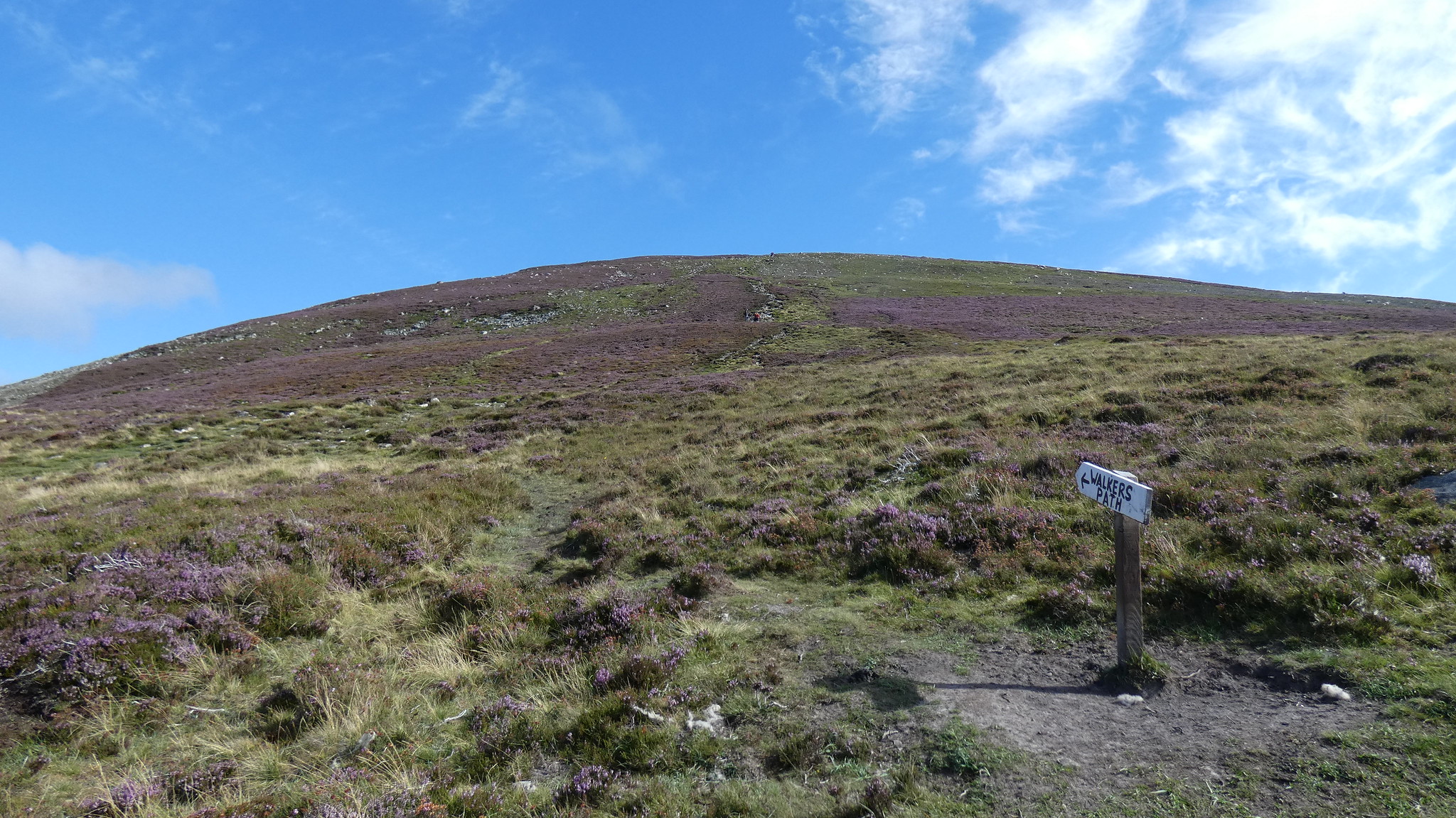 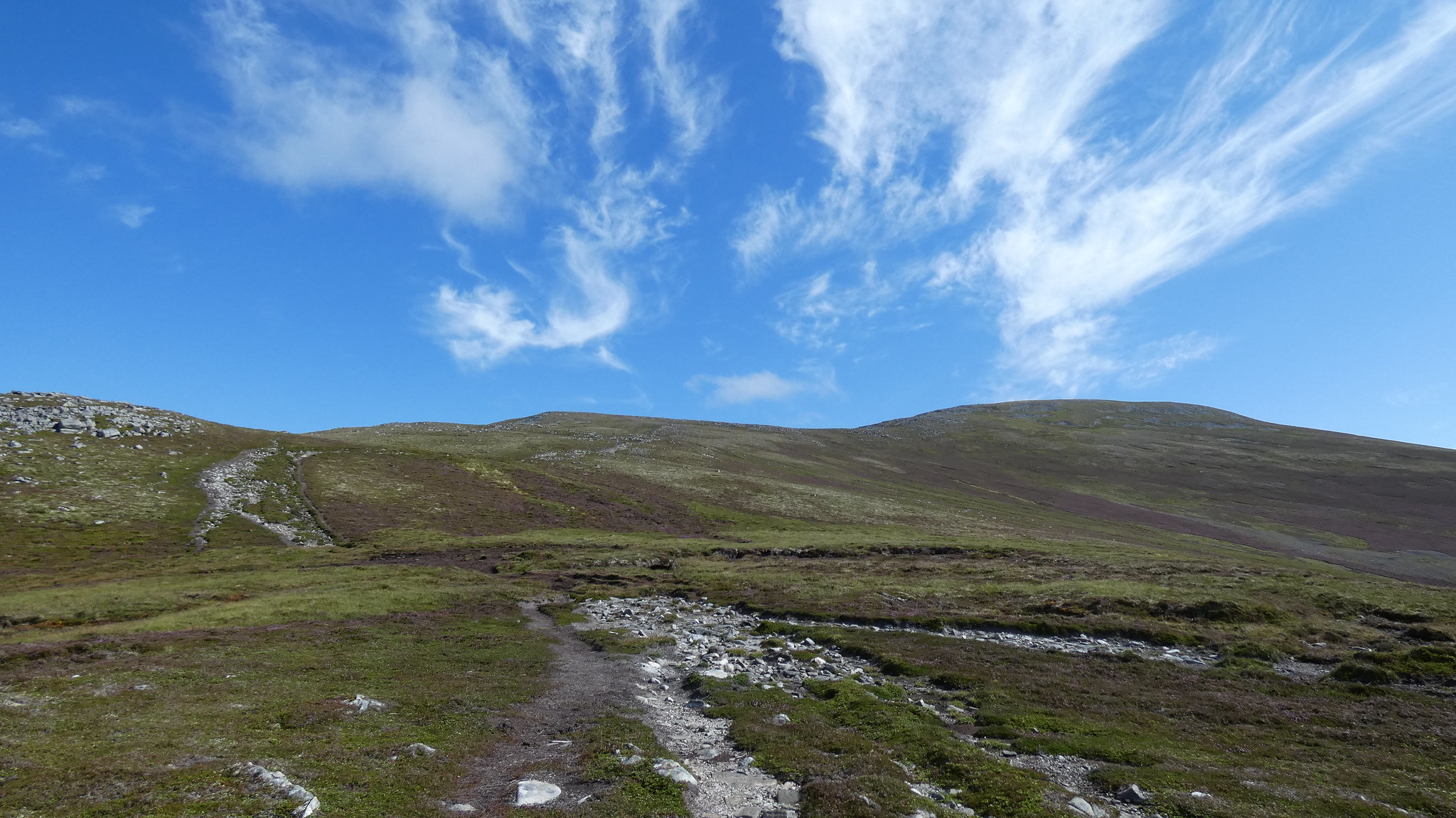 Eroded path on the final approach

As you gain height the views really open up - mostly behind you so a perfect excuse for plenty of breathers to take in the surroundings! 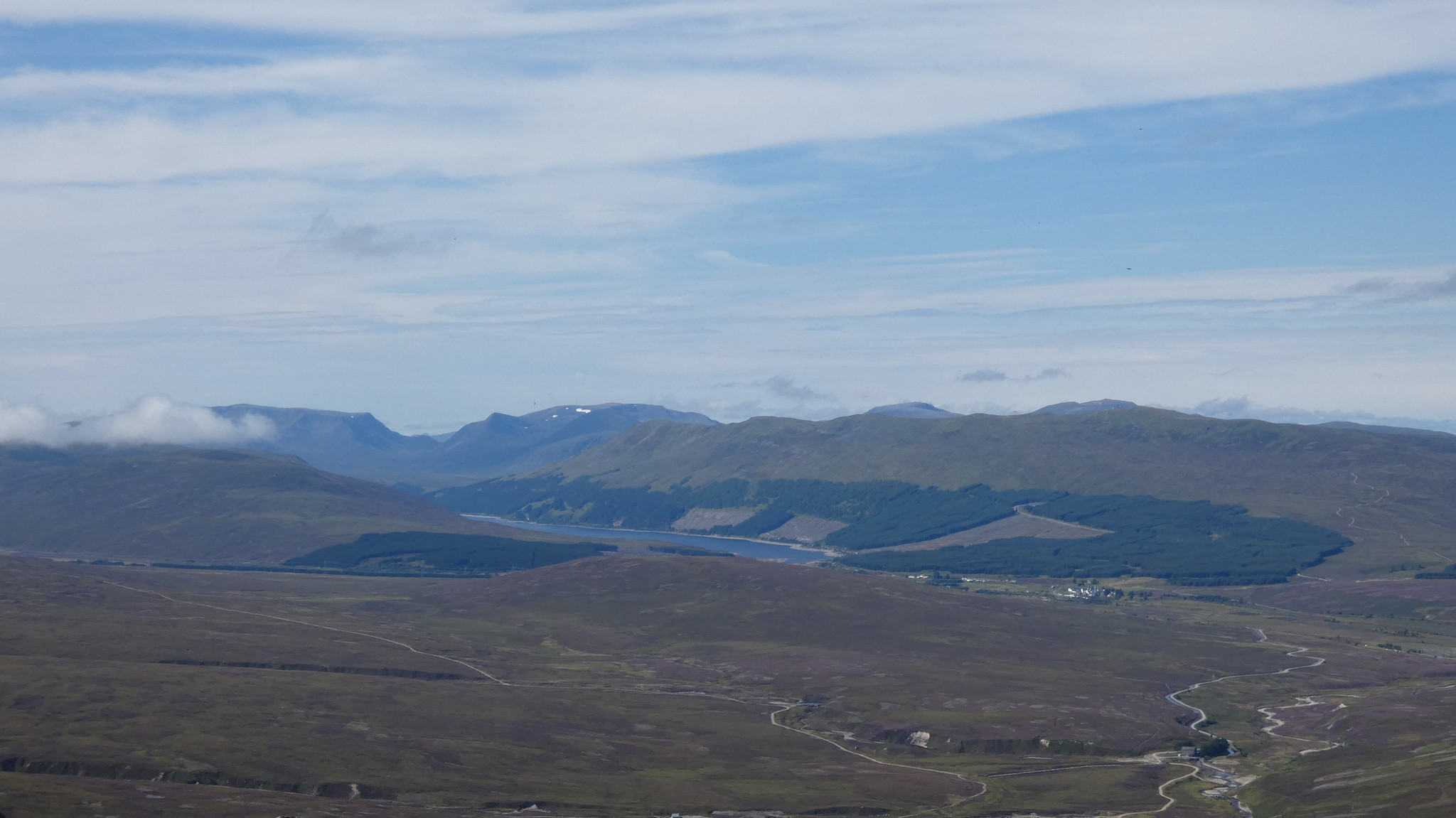 Looking back to Loch Ericht and Ben Alder

Only on the final few hundred metres of approach does the summit cairn come into view, which is surprising because it is enormous! 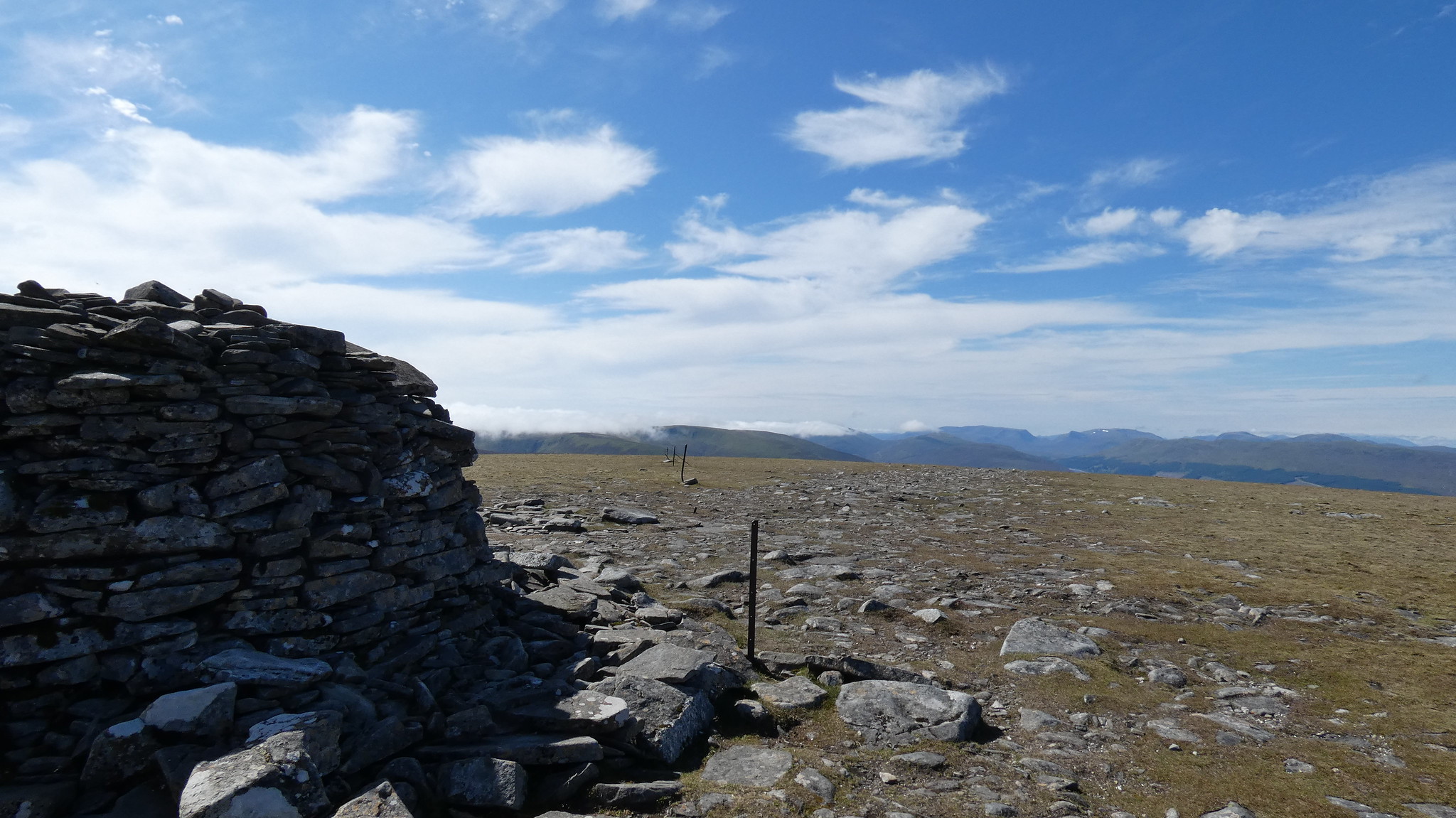 The best views from the summit are looking east into the heart of the Cairngorms - not sure what hills I could see but they looked pretty big and impressive. 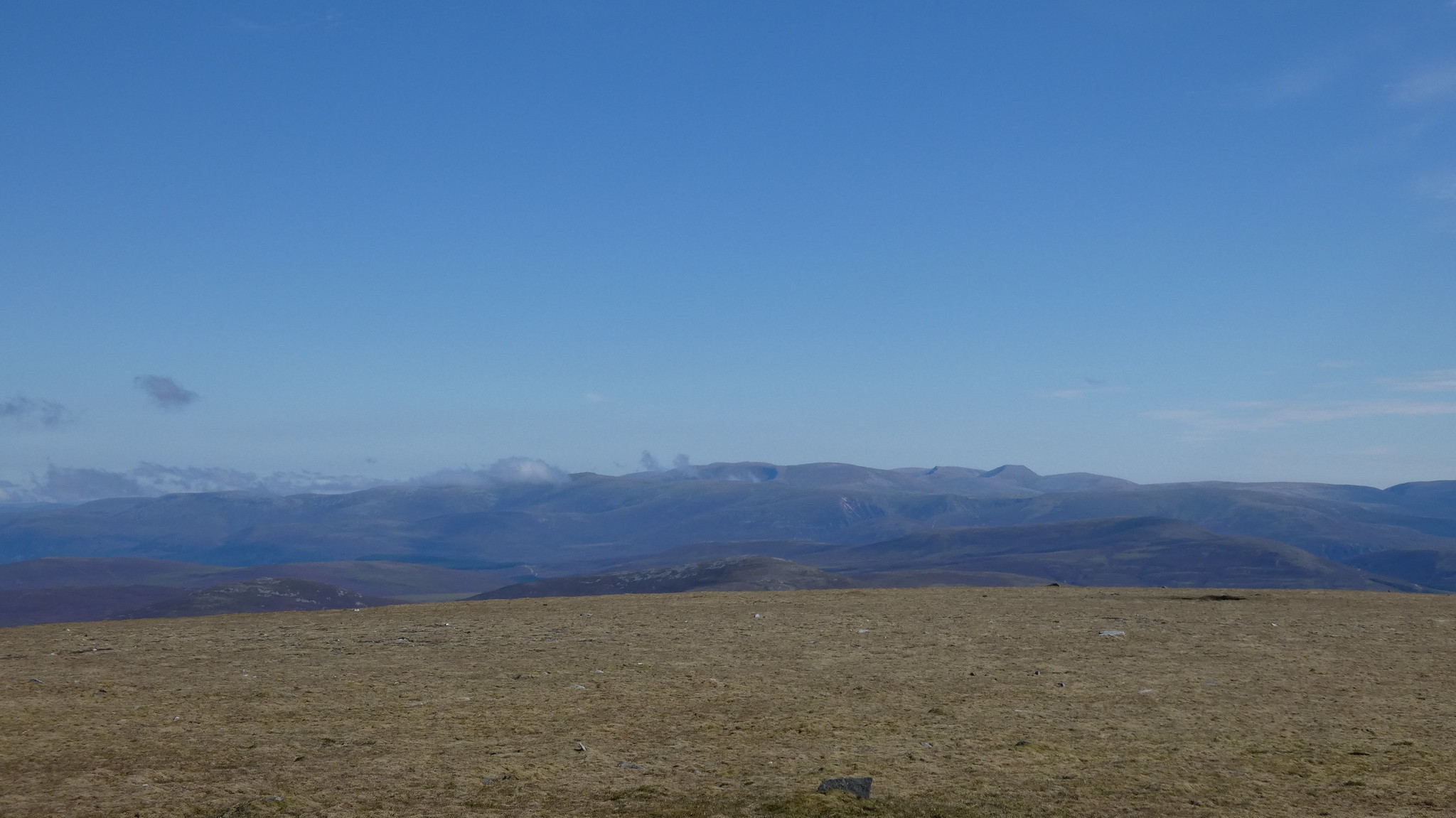 Looking east from the summit

There was only the gentlest of breezes even on the summit, so it was a perfect spot to have lunch and take in the glorious surroundings. Once refreshed I headed back but somehow managed to lose the path and started wandering off in the wrong direction. Luckily I quickly realised I was off course and just contoured round the hill through the heather to pick up the path again. Loch Cuaich was looking inviting and I was tempted to take a detour for a brief paddle but decided to just get the head down and head back to the car. 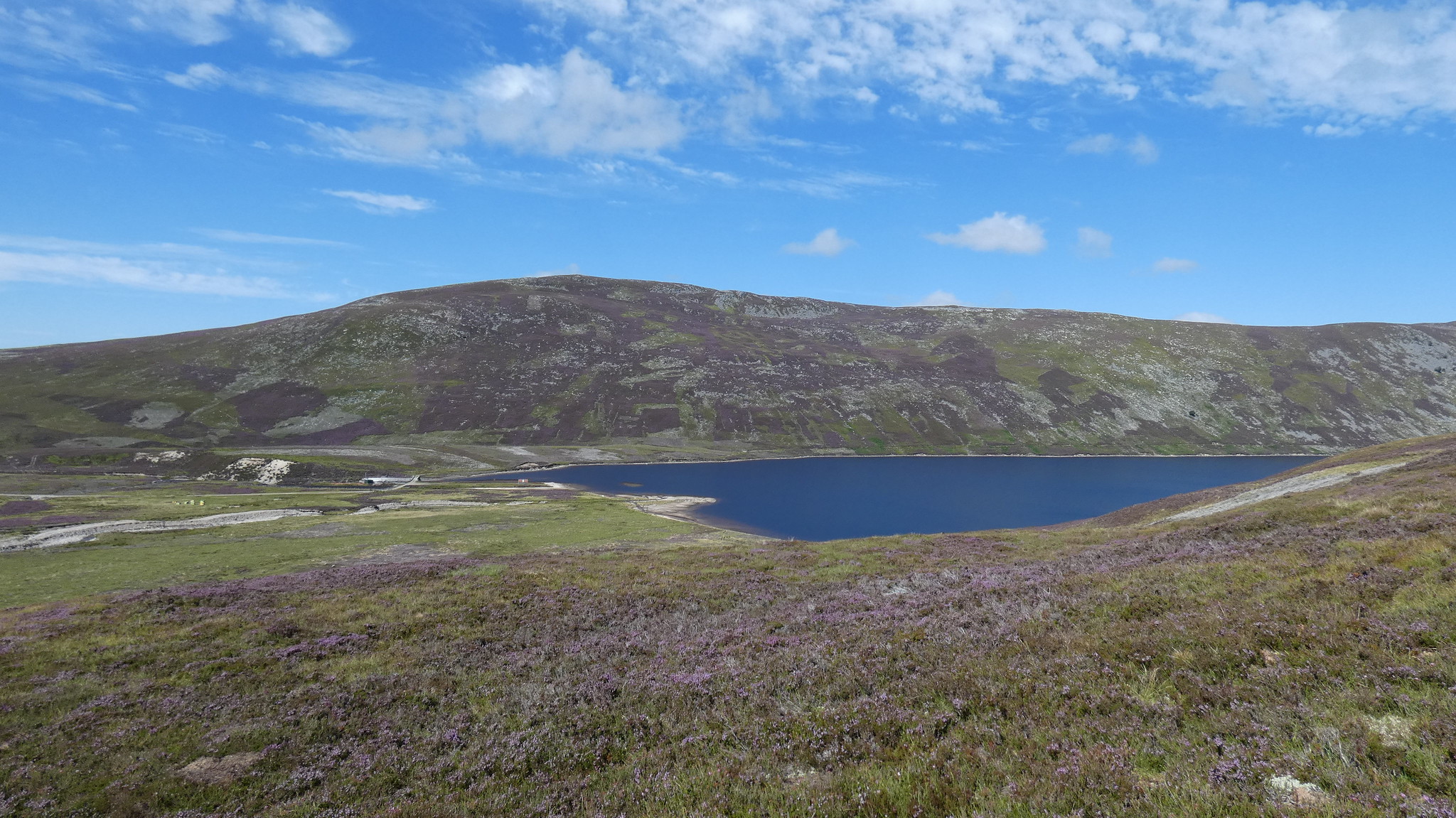 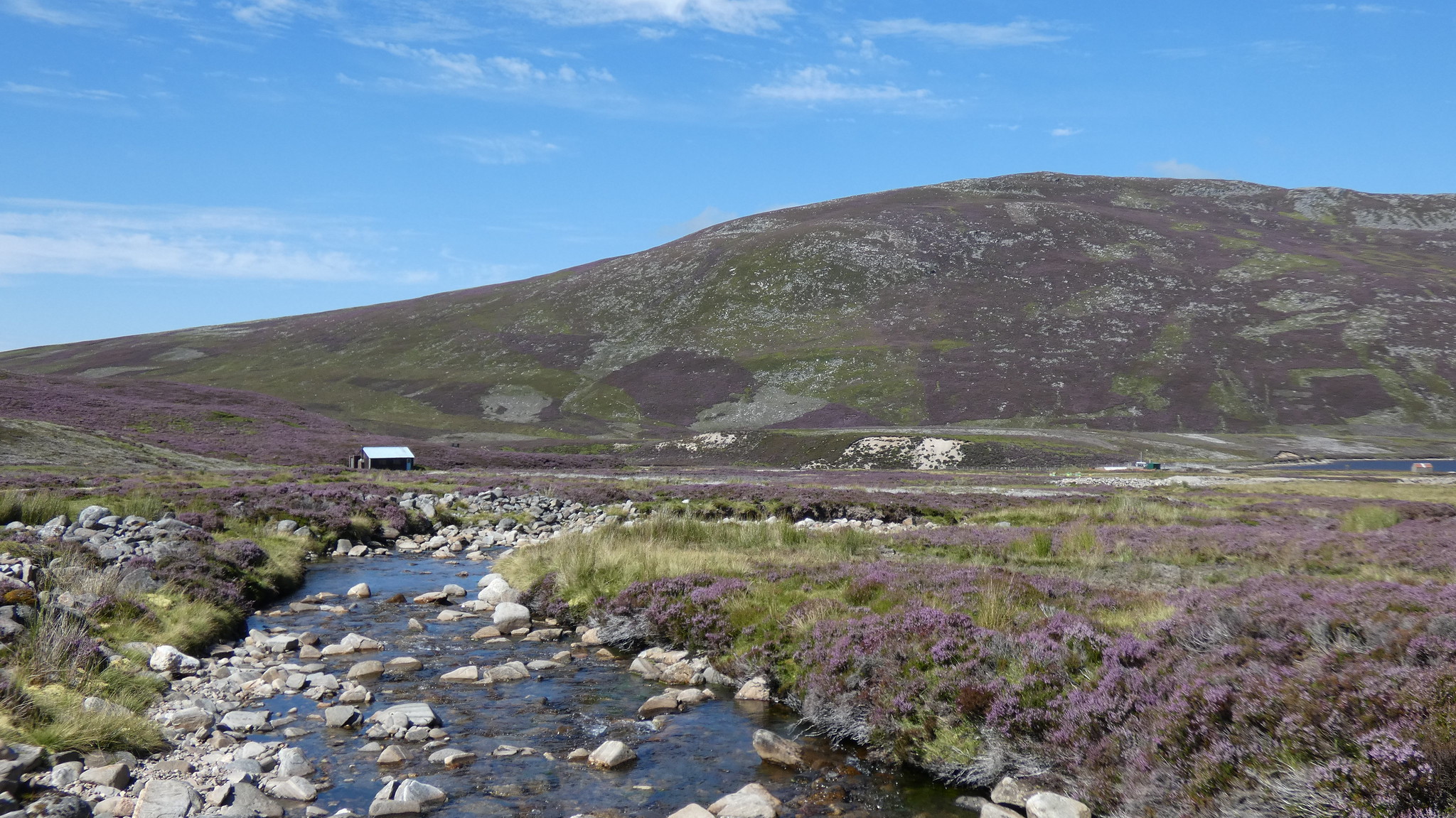 Crossing the Allt Coire Chuaich at the bothy

Once back on level ground it's about an hour's walk back to the lay-by. This hill has most of the things I don't like - hydro infrastructure, boring round lump, heavily eroded path - but I must say I did enjoy this walk. The weather helped obviously but I think I would have enjoyed it even if it didn't feel like Majorca rather than Drumochter. However if you are allergic to bees (or just scared of them) I would give this one a miss during the spring and summer months. They are everywhere around the bothy - and who can blame them with all that lovely heather to get stuck into!

Re: Meall Chuaich - buzzing on a sunny Sunday

Done this hill maybe 20 years ago .My recollection is you could have carried on a little north off the summit then down north west that takes you to the north side of Loch Chuaich and a nice walk back making it a circular walk. Must have another venture.

Re: Meall Chuaich - buzzing on a sunny Sunday

Ah I wish I'd thought of that! I much prefer a circular walk and a nice stroll along the side of the loch would have been just the job - I would definitely have gone in for a paddle!