Meall nan Subh.gpx Open full screen  NB: Walkhighlands is not responsible for the accuracy of gpx files in users posts

It was to be the first non solo walk of they year for me. The original plan had to be to park at Linn of Dee and cycle in to climb the Devil's Point, Later this was revised to Derry Cairngorm to allow for everyone's lack of hill fitness. After it became apparent that there was a good chance that half the country would be heading to those honey pot hills, the decision was made to seek out the most obscure hill possible, thus avoiding parking problems and any 'Chewing the fat' type scenario of being tormented through the countryside by neds.

Perthshire seemed like a good option, as a halfway point between myself and friends from Fife. I suggested Meall nan Subh. Who apart from the committed was going to be on one of the lesser know Corbetts? I recalled there was also a decent amount of parking at the start point as well.

Although not the Cairngorms by any stretch of the imagination, it is a nice wee hill and with the benefit of hindsight and ideal choice. It's ease of ascent and gentle nature allowed for a more leisurely day, with frequent sandwich stop and discussion around the largely lost summer an plans for grander excursions over the rest of the year.

Parking at the end of the public road in Glen Lochy, we cycled up the steep private road that cuts through to Loch Lyon. Ditching the bikes behind a fence, we cut up the hillside. After an initially steep couple of hundred metres, the gradient eases and progress became easy and enjoyable. I often find Corbetts to be deceptively hard work, due to lack of a well trodden path (nice in itself sometimes), but other than one false summit and a couple of easily negotiable peat bogs, this was a breeze.

The hill itself it unremarkable, but gives good views over Beinn Sheasgarnich and Sgiath Chuil when the cloud cleared.

We were a little surprised to meet 2 other walkers near the summit (the kind of numbers I can handle). They recanted their previous night wild camping above the cloud inversion, with the peaks of the surrounding hills poking through against a clear night sky (mental note: do more summit camps).

After an equally leisurely descent, this time avoiding the false summit, the bikes were relocated and a speedy return down the road was made, taking care not to slam into the closed gates, the first one of which is just round a corner.

I wouldn't want every hill to be like this, but was nice to get back to car and not feel like the sweat and dirt would need to be pressure washed off. Everyone needs an easy win sometimes. 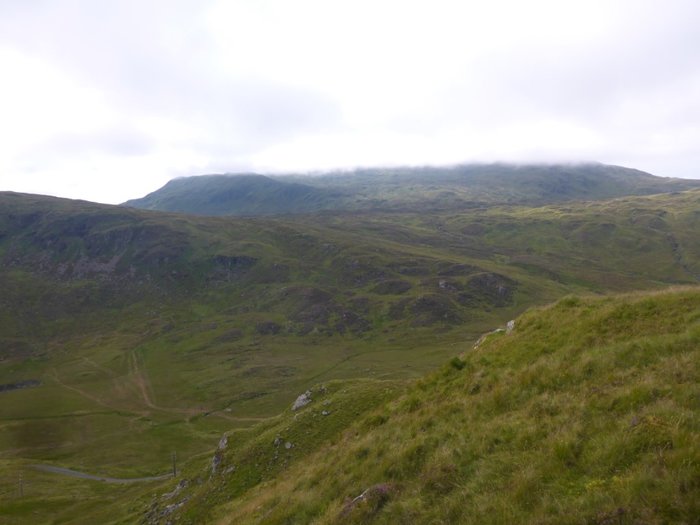 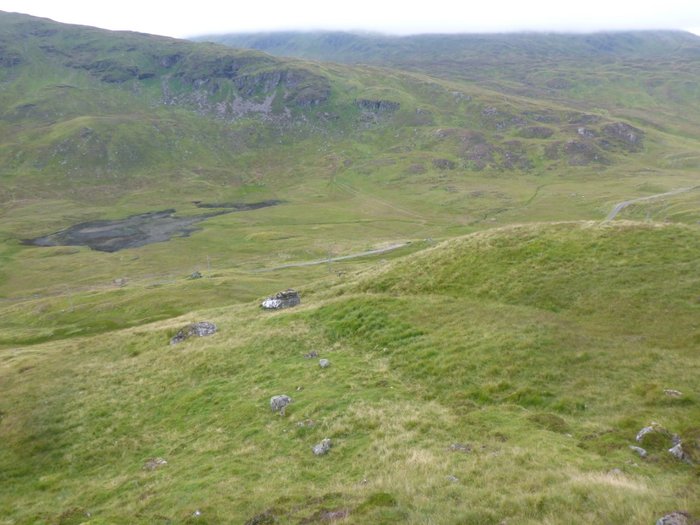