For my first 'new' Marilyn since February, Jaywizz invited me to join her at the telephone box in Trinafour to tackle Drumcroy Hill. A little research found two popular routes, one from said telephone box and the other from the minor road about 1km further south. That appeared on Streetview to have less parking and reports mentioned having to scale a 'new' deer fence on the way to the summit. Not a difficult choice.

At the appointed time - noon - I slotted into a generous parking space opposite the telephone box with Jaywizz arriving a few minutes later. Boots on, we walked about 120m south along the road to a track heading eastwards up Drumcroy Hill. There we found a new deer fence - it doesn't appear on Streetview. It was locked but had a pedestrian gate beside it. Looking back at the gates in the new(ish) deer fence

We didn't see it on the way in but on our return we had our first coronavirus sighting in the Scottish hills. Round, pink and with lots of protrusions just like the drawings!! One kilometre later we met another padlocked gate where the track enters the Big Wood. No pedestrian gate there, but a vertical ladder of slats to one side. Definitely an easier climb than the fence would have been. From there we navigated our way through the forest with help from an aerial view downloaded from Bing Maps. 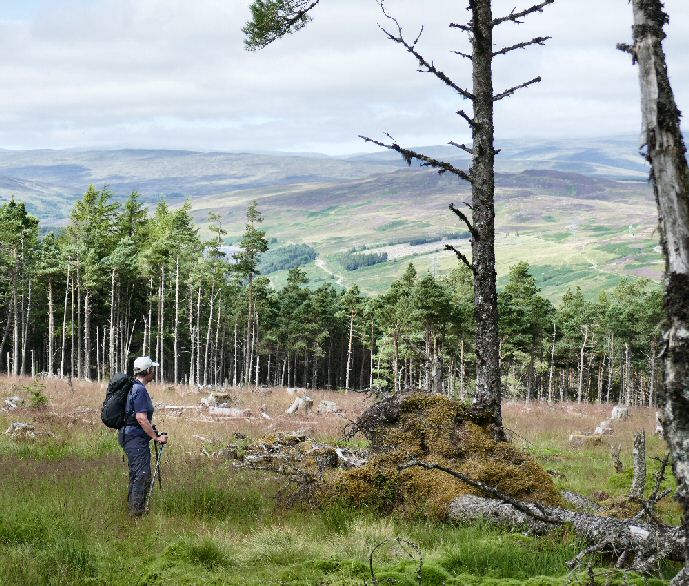 A felled area on the way up

This was accurate until, as we neared the wall running eastwards to the summit, we saw the dense forest to the south had disappeared. We passed through a gap in the wall, turned left and followed a narrow path between it and all the debris left by the clear felling. 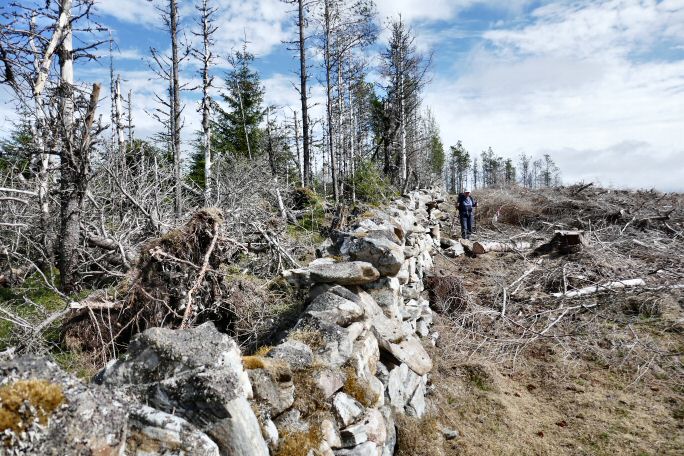 Looking east to the summit 80m away

Eighty metres later we reached the two cairns marking the summit - one on top of the wall and one beside it. By now the initial cloud cover had dissolved and the forecast sunny intervals had arrived. To the south, however, Schiehalllion still had its summit in the clouds, while Beinn a' Chuallich to the west was clear. 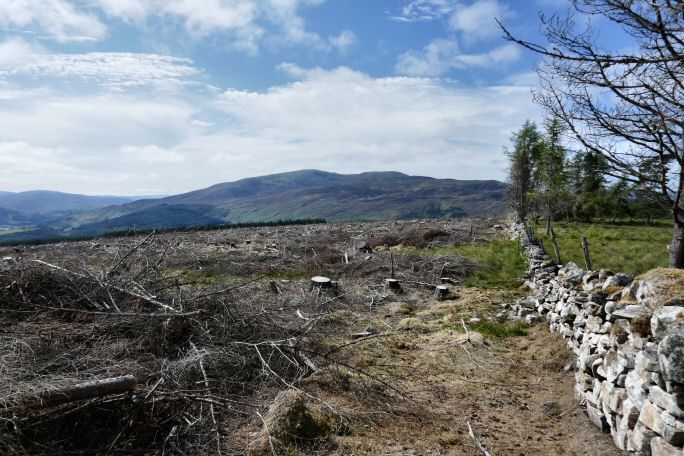 View east to Beinn a' Chuallich

After a leisurely lunch stop, for variety we took a different route back which confirmed that the deer fence didn't have any gates above the one we'd used. Anyone starting from the road to the west should keep the wall and fence on their left to avoid a climb over that fence. We walked back down to the track following a narrow deer path most of the way.The whole area near the summit and north of the wall is covered by well spaced old scots pines. 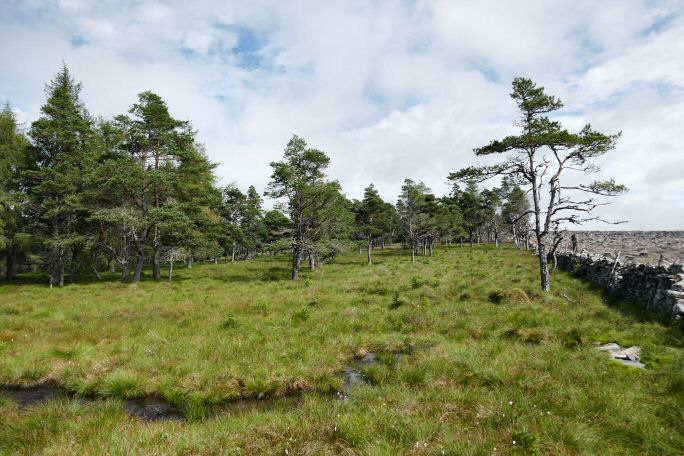 It appears to be a remnant of ancient forest, though with all trees appearing many decades old and no youngsters to take their place it must be dying out. The only saplings I saw appear to be self-sown migrants from adjacent conifer plantations.

Back at the cars we met a couple taking their dogs for a walk up the track we'd been on, and where they leave their pink ball between walks. So we won't need to self-isolate for a fortnight.