I had taken a couple of weeks annual leave with the hope of getting to the three Alladale/Vaich corbetts at the start of it but the poor weather put me off. Towards the end of week 1, we headed up to Coylumbridge for 10 days holiday. The weather improved and I was able to get away for a night up to Alladale.

First up was Carn Chuinneag and I set off mid afternoon down the track on the bike. 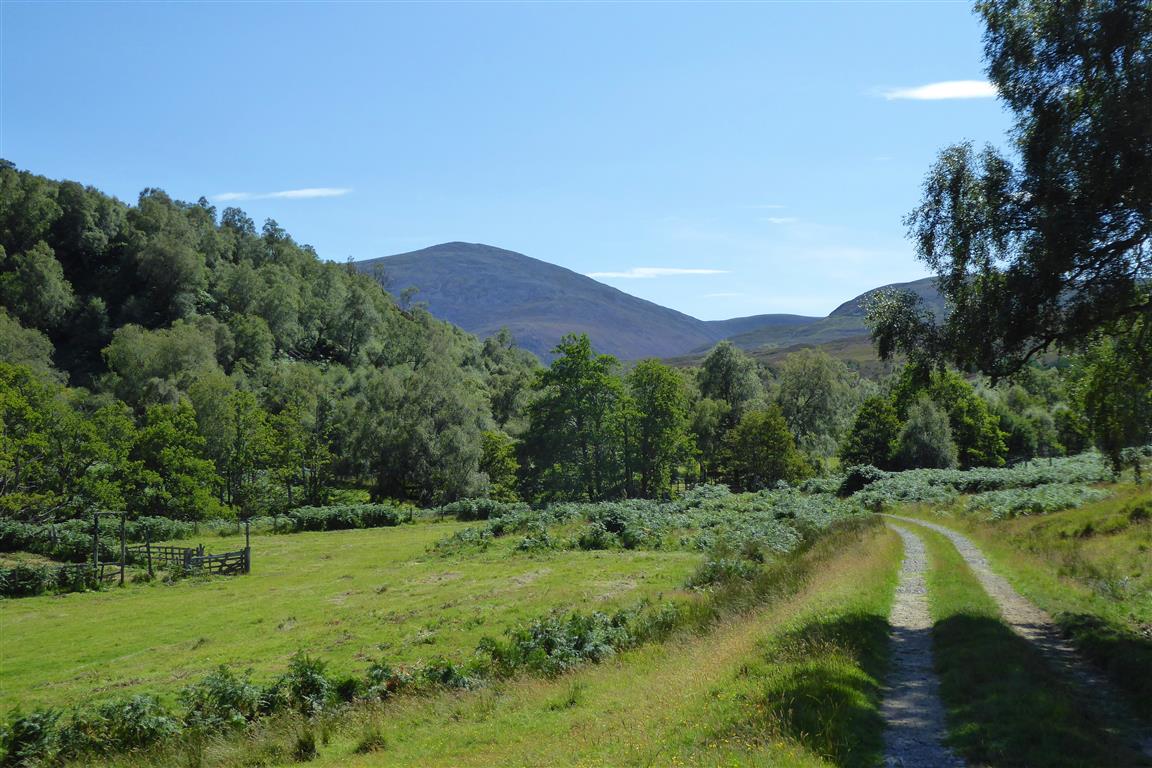 It was a decent track if a tad bumpy occasionally. Did feel hard going at times but that was probably more because of the strong southerly headwind.

Out of the trees and on to more open ground. I continued on the bike until the split off to the stalkers path which I cycled for a short way before stopping and locking up the bike behind a wee hillock. 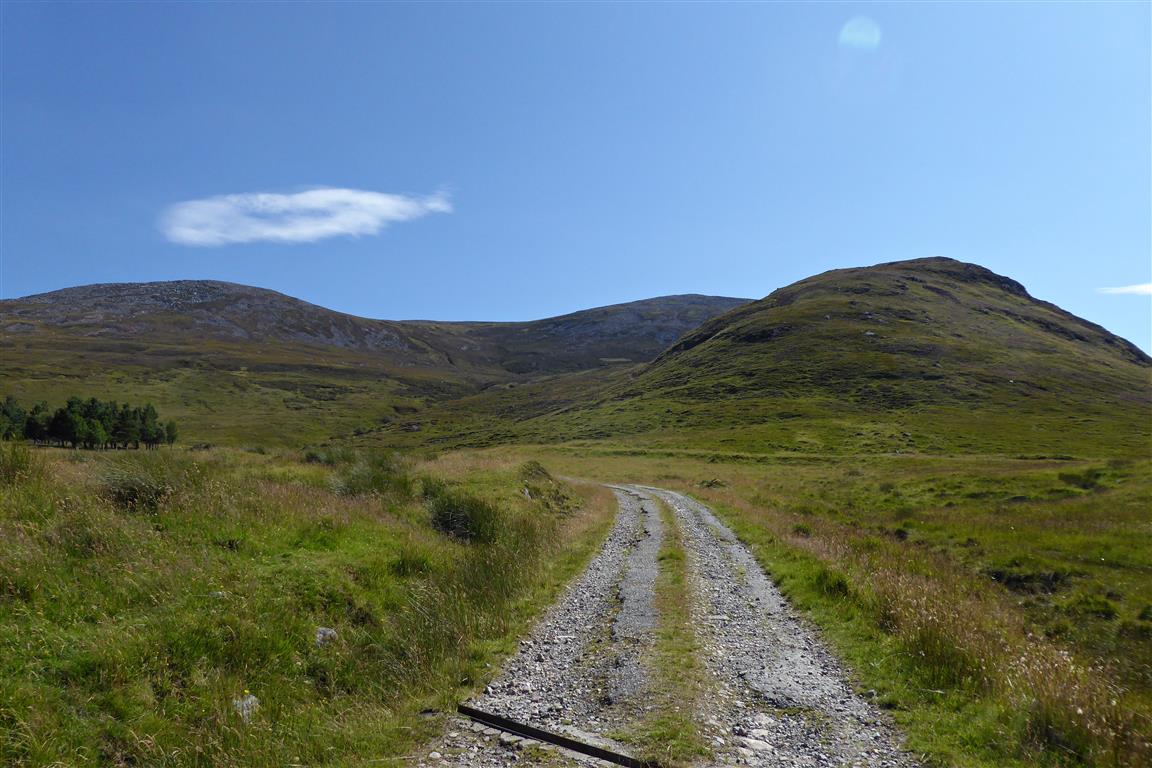 The excellent stalkers path leads almost all the way to the summit. 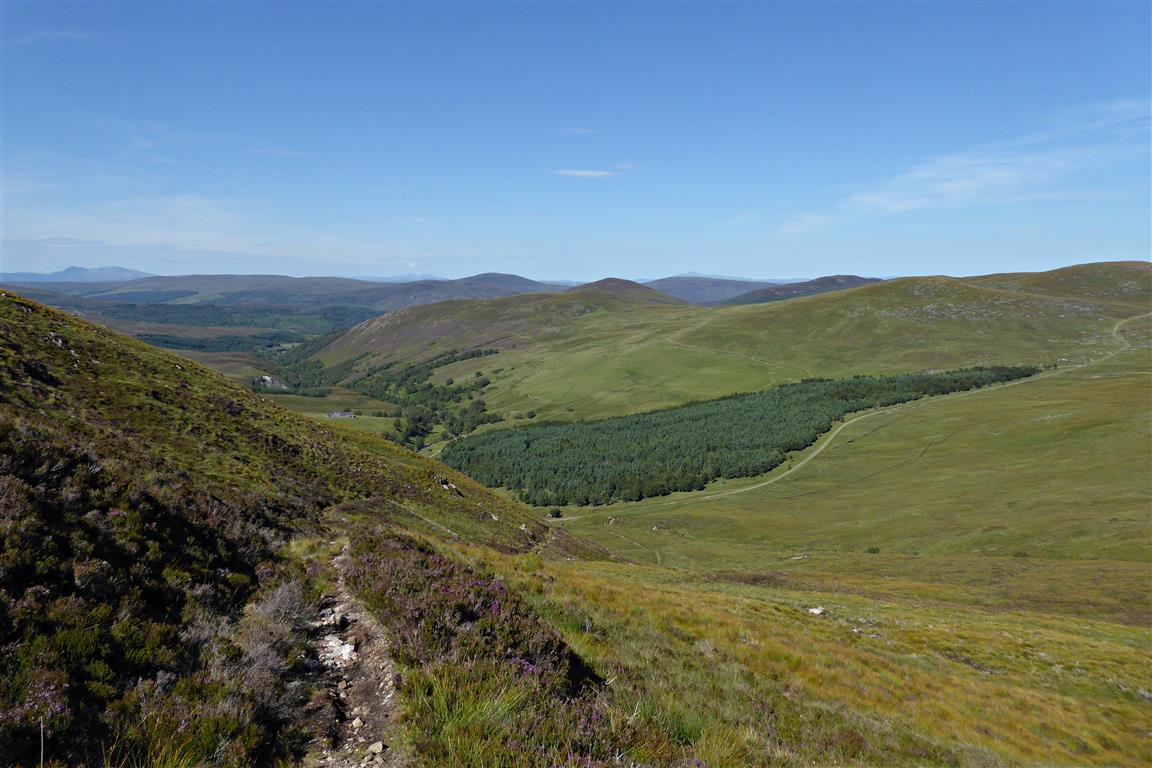 The path made for a quick ascent and I was at the summit 2 hours after leaving the car. Met another walker on his way down from the summit and we stopped for a (socially distanced) chat. 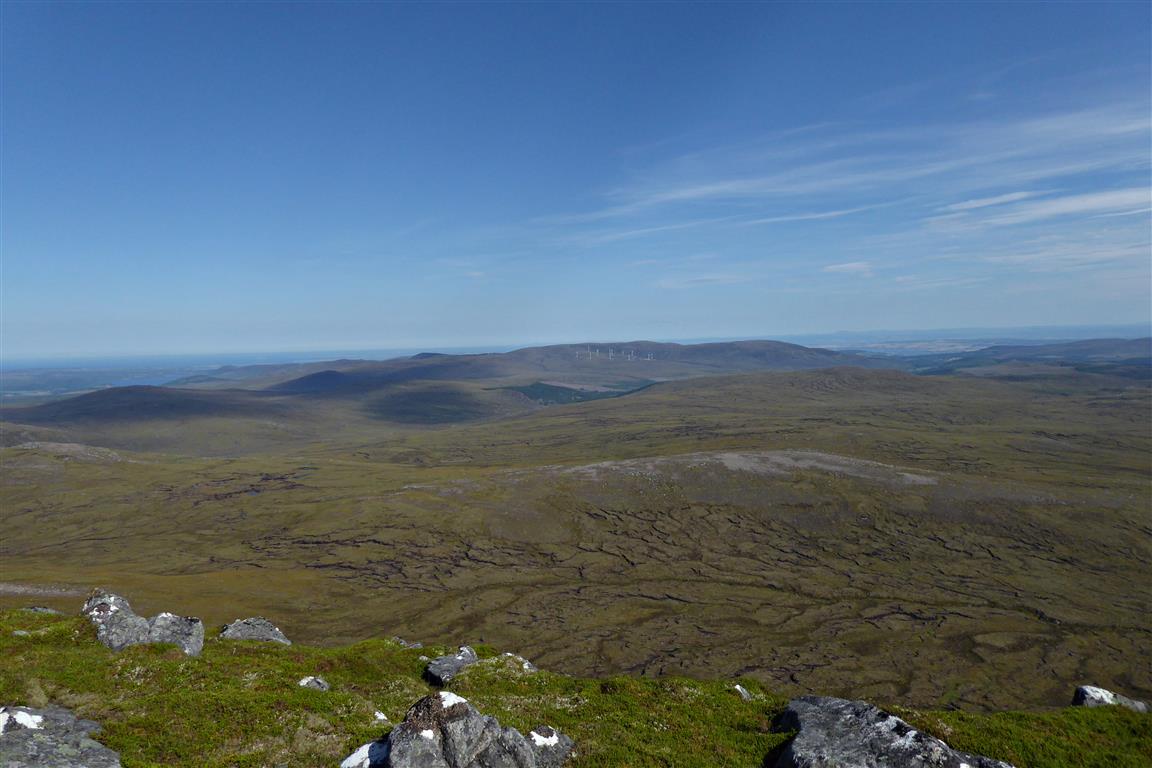 Decent views towards the Assynt hills which I was on at the start of this week. 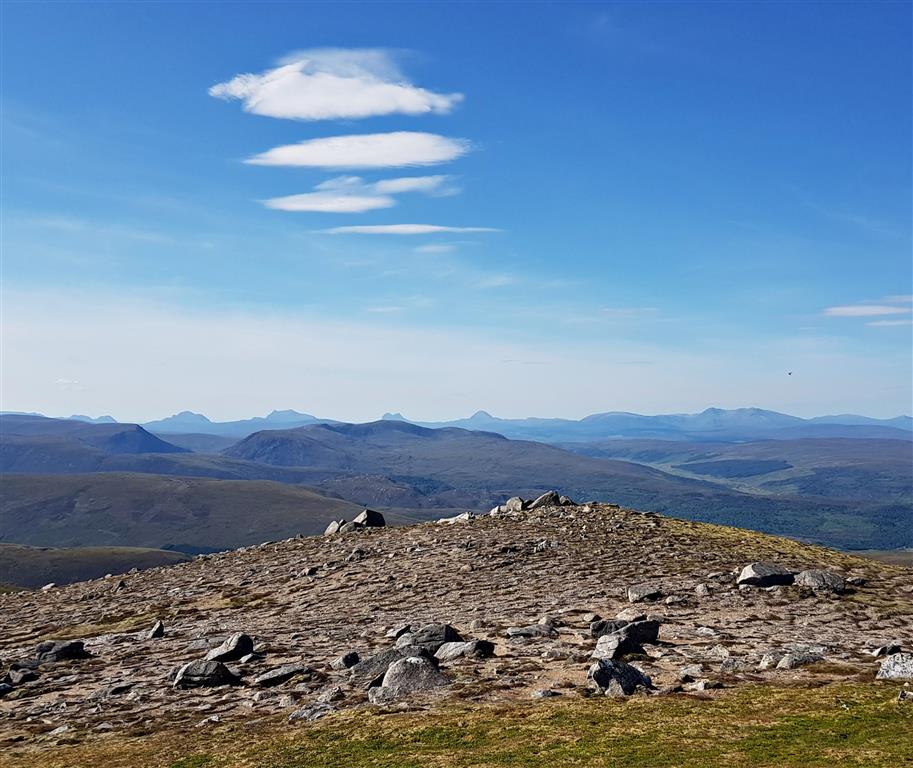 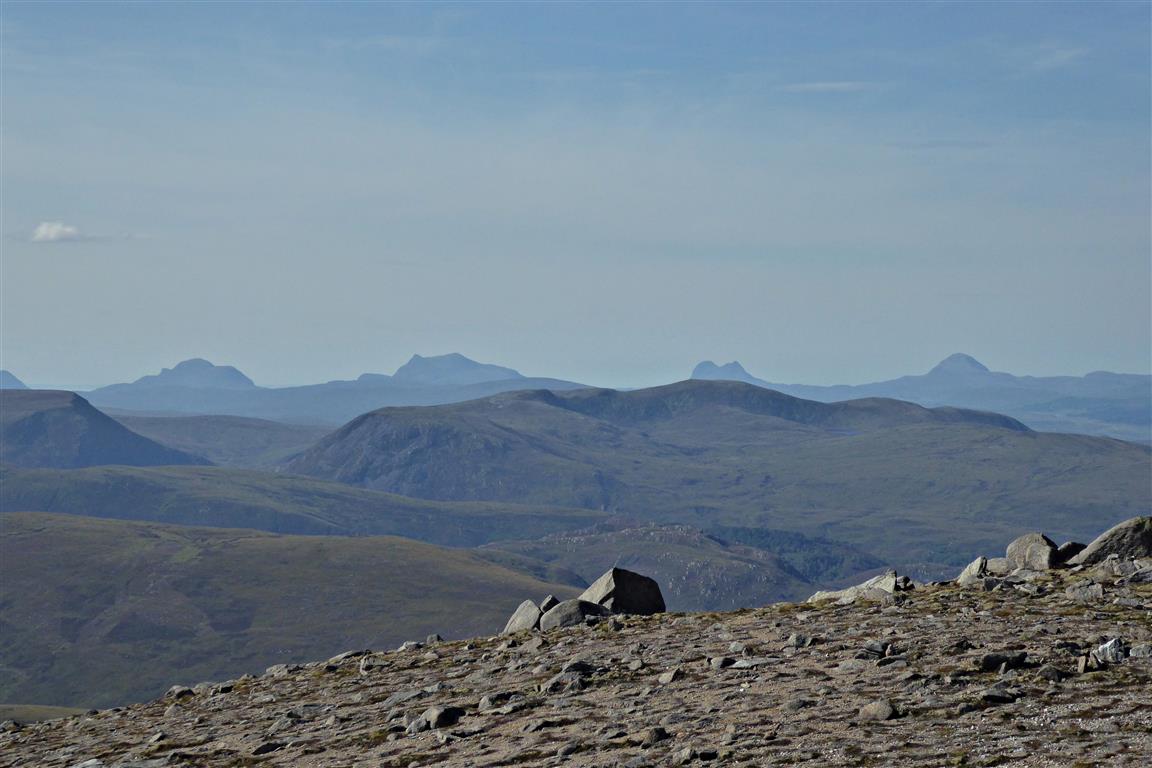 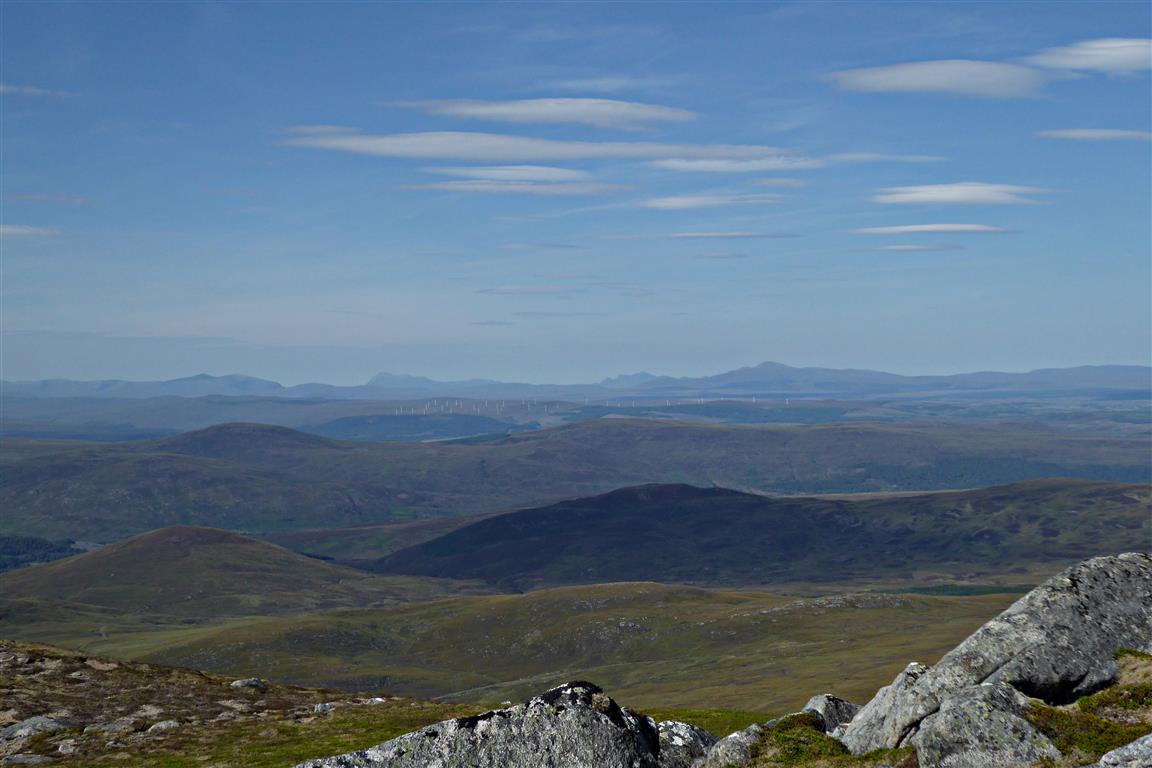 I then walked down and up to the 830m point to see if the view was any clearer. 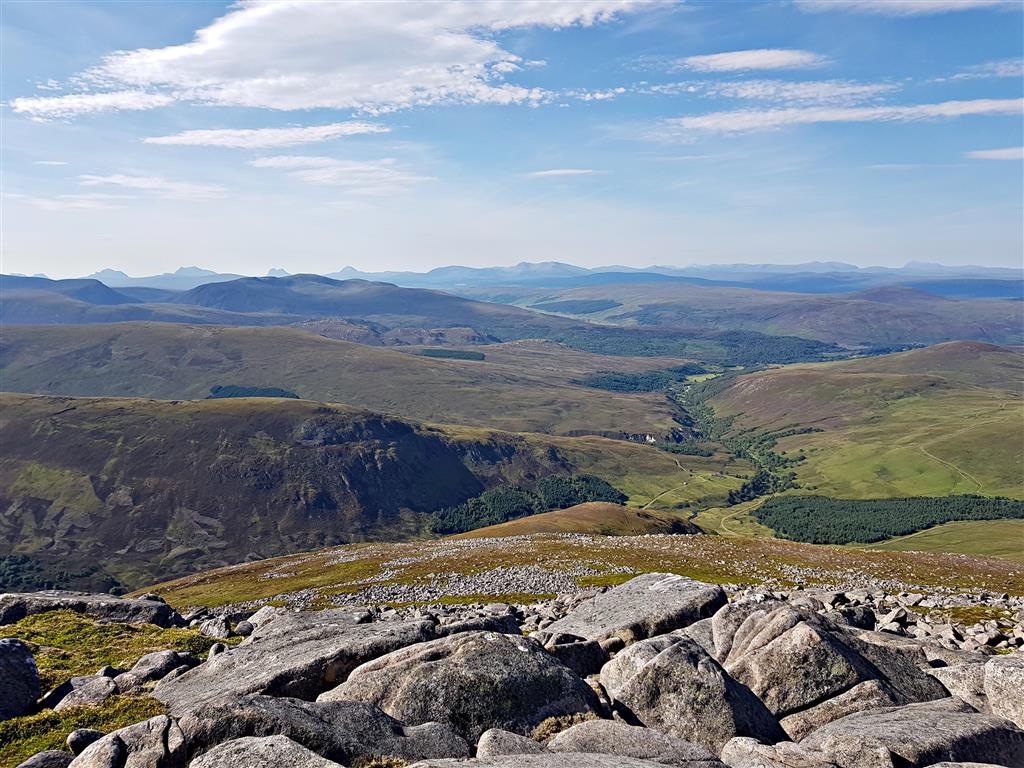 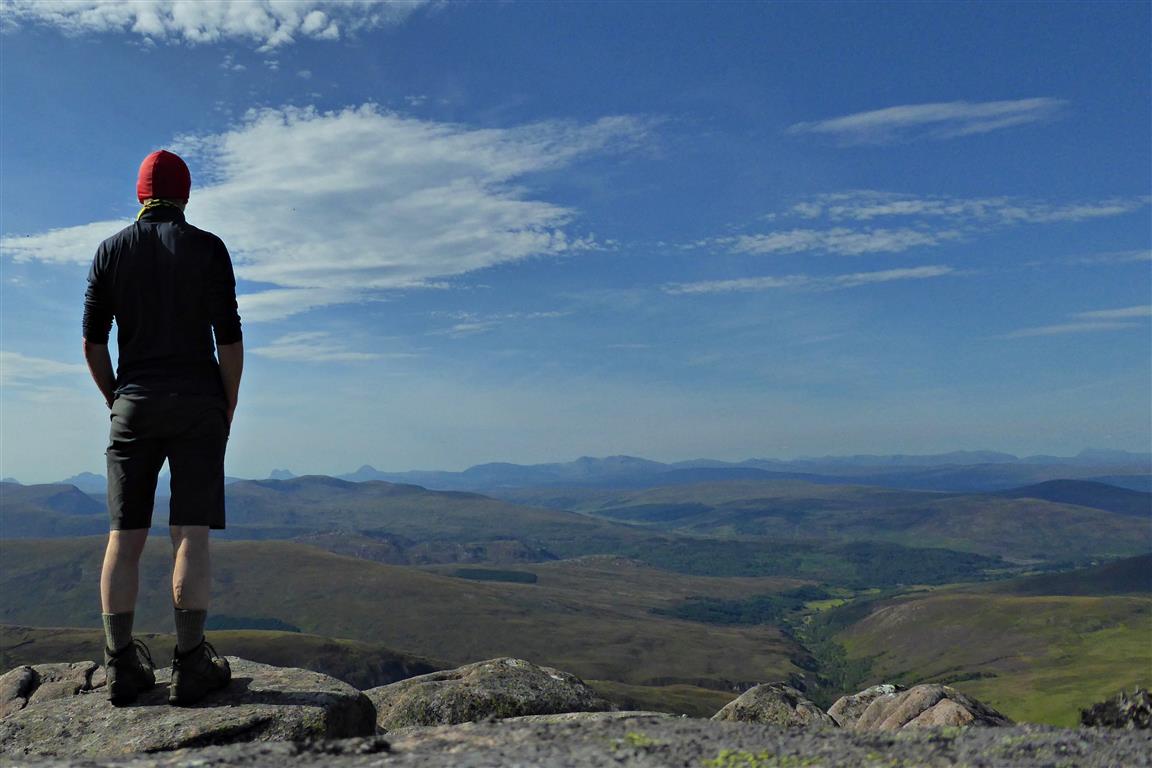 Summit from the 830m point 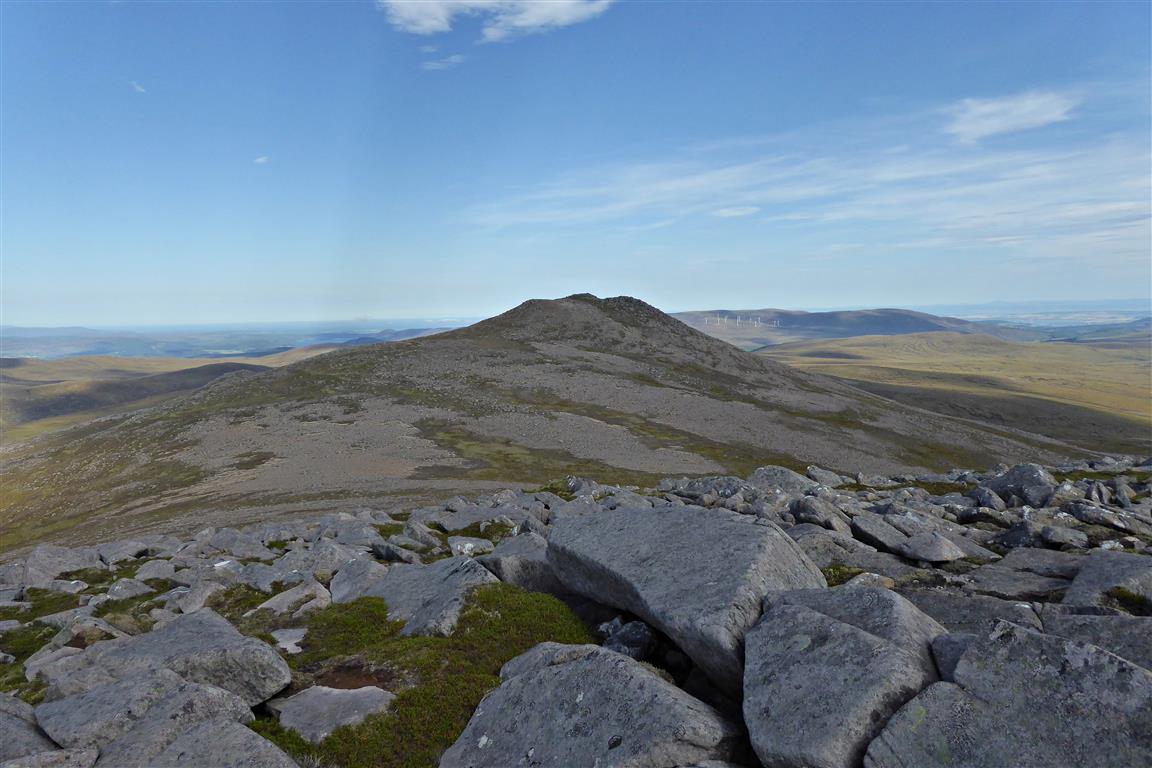 Time then to return more or less the same way. Stopped to get a photo of the old bridge. 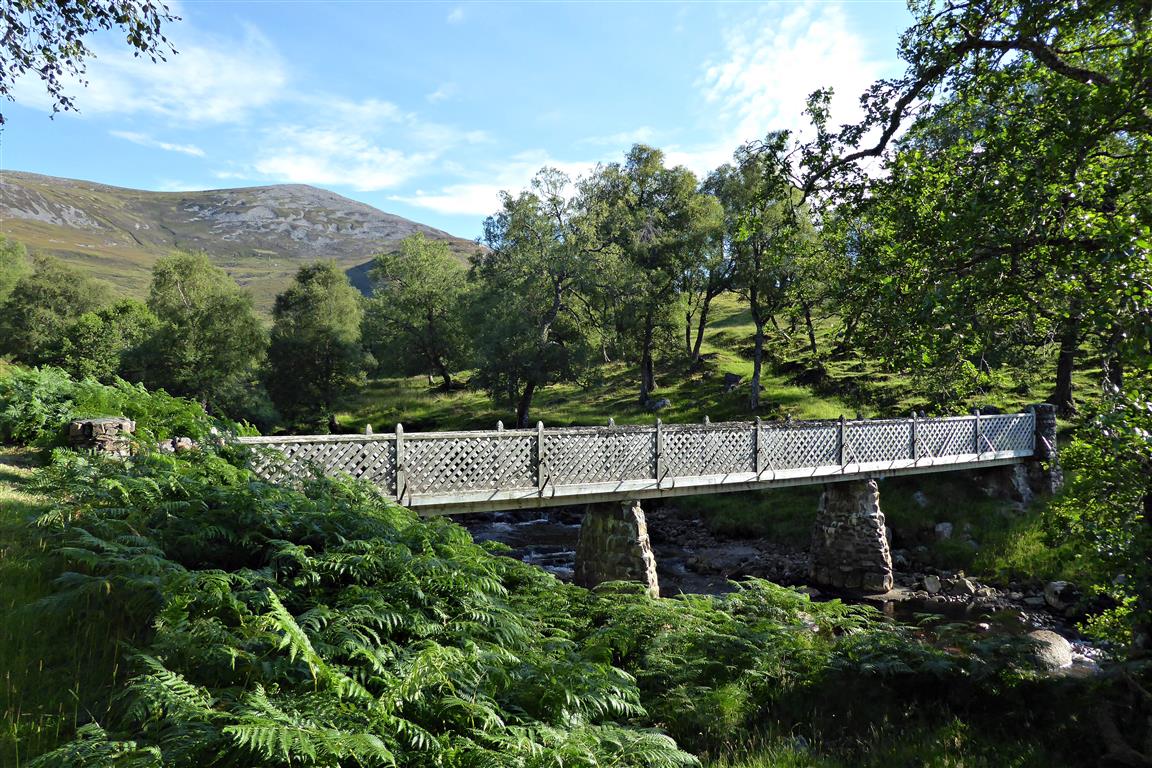 
Carn Chuinneag 6.8.2020.gpx Open full screen  NB: Walkhighlands is not responsible for the accuracy of gpx files in users posts

Got this on my "to-do" list. Would like to order weather like you had RH.....less any midges of course. Was on Beinn a Chaisteil recently, which gives a great view of this one.

Lovely write up. My good lady and I did this last May. We walked all the way. The walk in/out was a real pleasure. Clear and easy route to the top. Our weather, too, was good but not as hot. I don't take many photos, so your pictures bring back good memories. Thank-you for reminding me.

PeteR wrote:Got this on my "to-do" list...... Was on Beinn a Chaisteil recently, which gives a great view of this one.

Cheers Pete - guess where I was the next day

Kinshusrst Kid wrote:My good lady and I did this last May. We walked all the way. Thank-you for reminding me.

Cheers KK - glad you enjoyed it

. I think I'll go up this from Alladale sometime - bit more of a drive but it's really attractive around the glens there.

Good views from the middle of nowhere.
I think I walked from The Craigs to Bonar Bridge as part of an ill-advised coast to coast walk. Still, a different part of the world and covid securely quiet no doubt.

Nice; look forward to doing this.