We drove to Achfary from near Dingwall and started to walk about 10ish. The forecast had been a little unclear for the far north of Scotland, but we knew that it wouldn't rain, and we had cleared access with the stalker, so we were sort of committed. There was low cloud on the hills but we hoped that it would lift. I cycled to Lone and a little further, whereas the Hare walked and caught me up on the long walk in along the track to the bealach. It was sunny along the first part of the track. 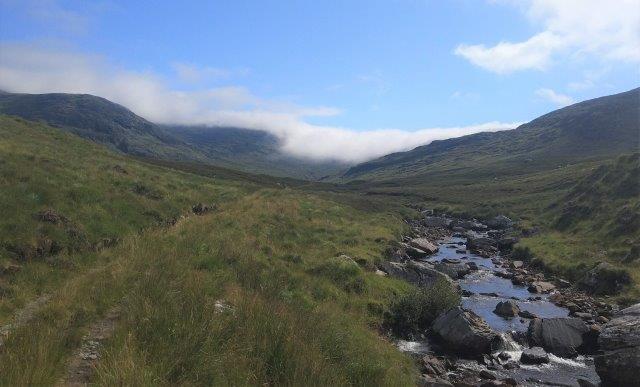 Looking towards the hill

We ate lunch by a bridge before the final section of track, because we had a feeling (correct) that we might be in cloud for the rest of the journey. 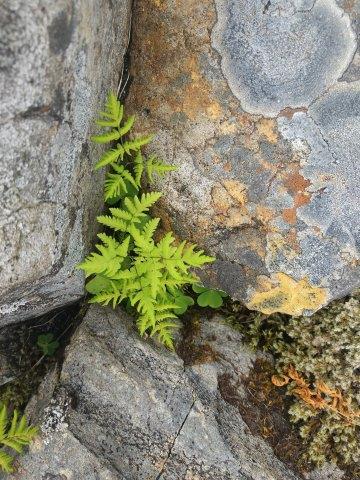 From the bealach it was up grassy slopes then barer ground with lots of flattish grey white stones. Sometimes the sun shone through the cloud and i saw my shadow once or twice. There was a very welcome cool breeze which kept the flies away. The summit cairn is very short! 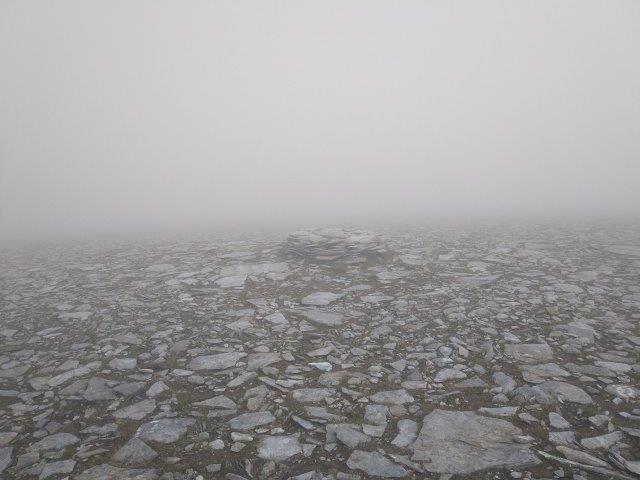 Then we returned the same way. By the time we were back at the car, Ben Stack was just clear and there were good views of Arkle too (but we have enough better pictures of Arkle from other years). 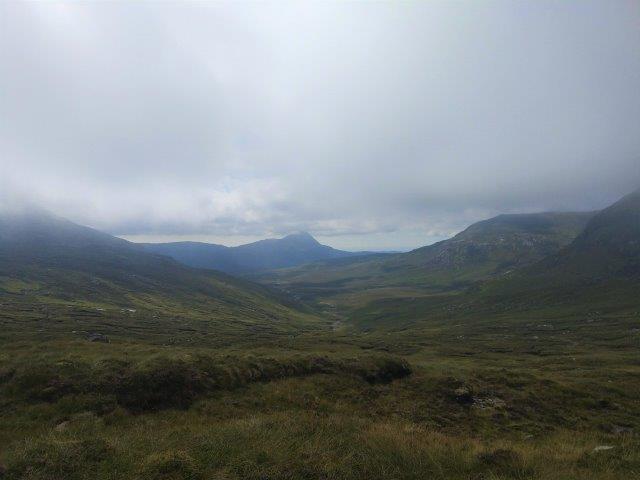 We stayed in the car park at Achfary overnight, but it was horribly midgy in the morning - they were dancing in clouds outside in anticipation of a feast. Because the van is new (to us), we still haven't worked out where they are getting in - though we did discover that one of the doors wasn't properly shut, so maybe that was the problem. If you have a tent, once you pack it up, the midges inside won't be alive later in the day. But with a van, there are numerous little crevices that they can disappear into, then come out later!
Here is our approximate route.