This was my first trip south from Orkney in five months - in fact my first trip away from the 11x4-mile island of Westray - so it seemed best to keep it simple on my first new hill since the start of March.

Tinto seemed just the job. Not fantastically exciting, but a straightforward, fairly short climb and - with luck - good views from the top.

Thick fog greeted us in Edinburgh that morning, but my son and I decided to go for it anyway. We drove past the Pentlands without catching a glimpse of a hill, but by the time we reached Biggar the sun was managing to sneak through the clouds. Sure enough, by the time we reached the Tinto car park there was sunshine with the minimum of cloud higher up.

On the other hand, with thunderstorms forecast for the evening, the air was thick as mushroom soup as we set off on the main path. A map is hardly necessary, but here's one anyway. 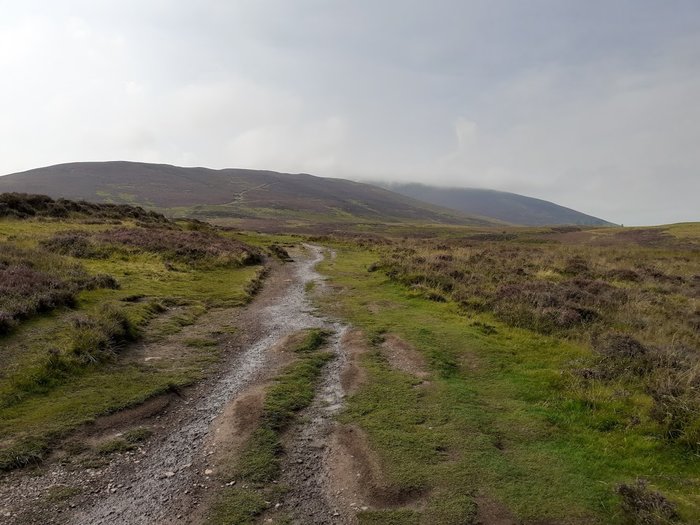 Setting off where many have gone before

Very little description is needed. The track takes you all the way to the top. With the Scottish schools due to reopen the next day, there was only a handful of people out. In the heat I was struggling a bit, a long way short of fitness. Views were also limited in the haze and wispy cloud. 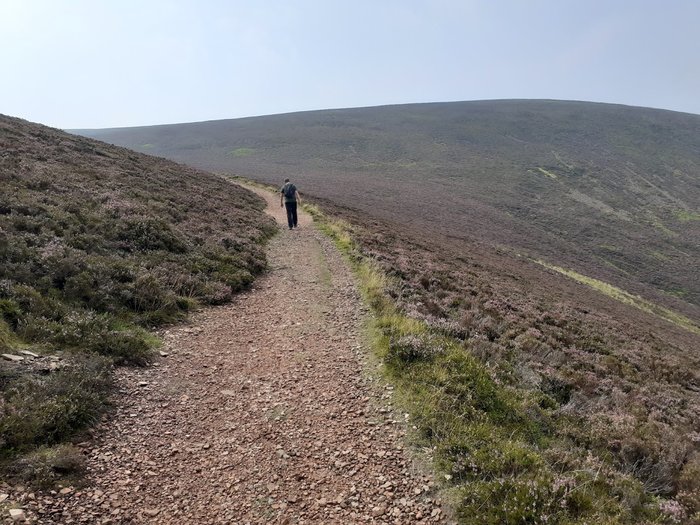 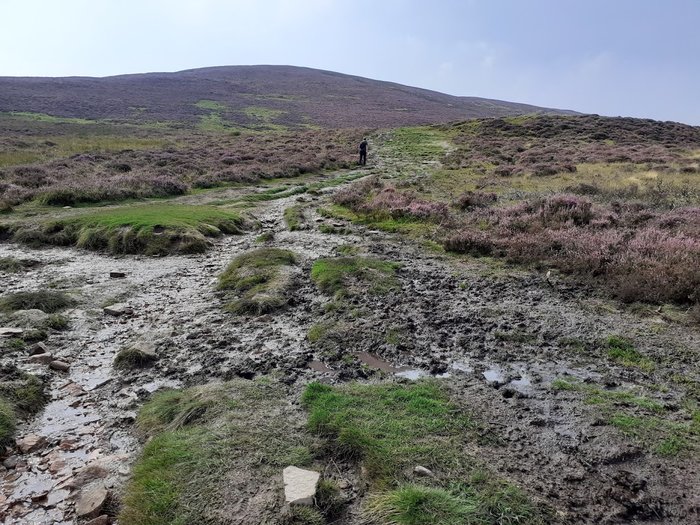 One or two damp patches on the track 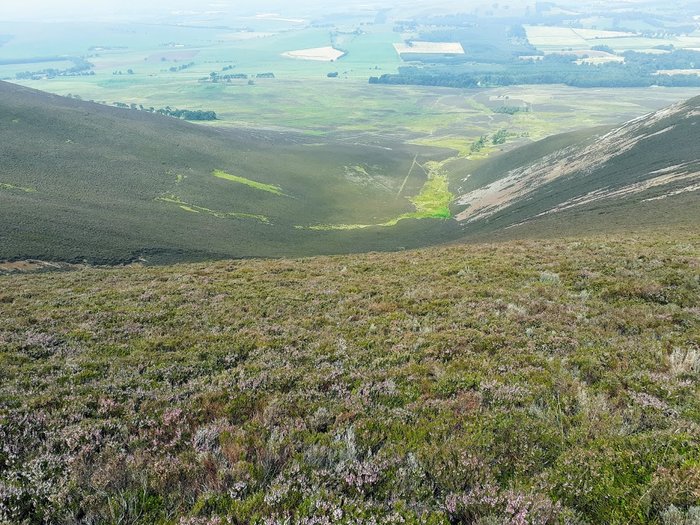 Looking down into the haze 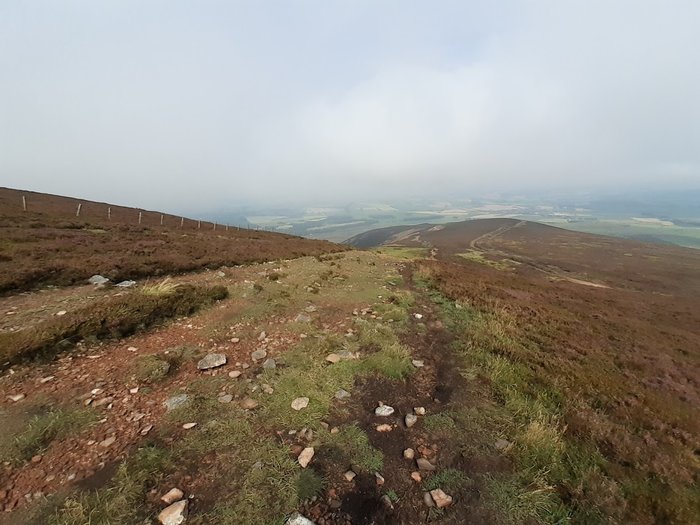 The last section up to top has been well-worn

My son got to the top nearly ten minutes before me and my legs were feeling it by the the time I got to the cairn and we spent a while sipping tea and trying to identify the shapes in the haze - the Lowthers, Culter Fell and maybe Broad Law. 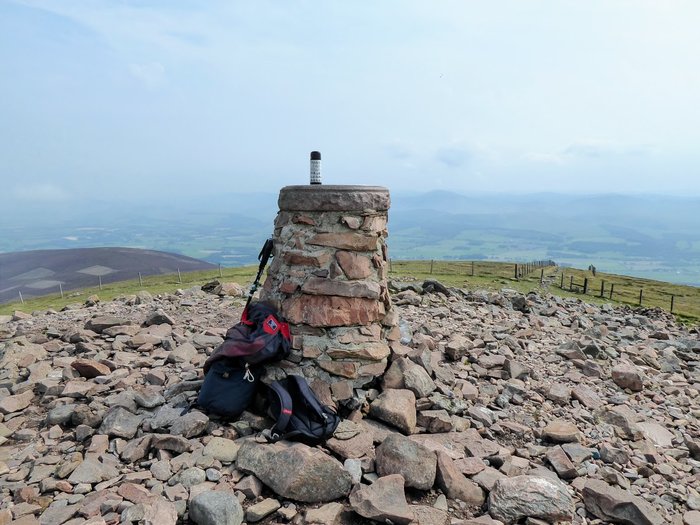 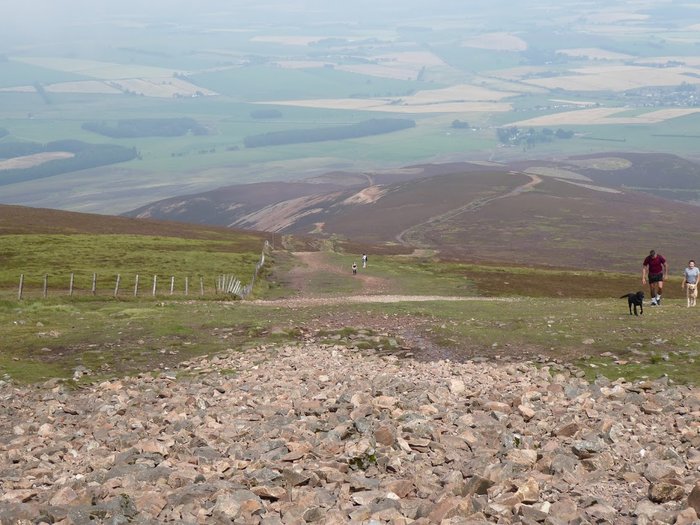 Other folk heading towards the top 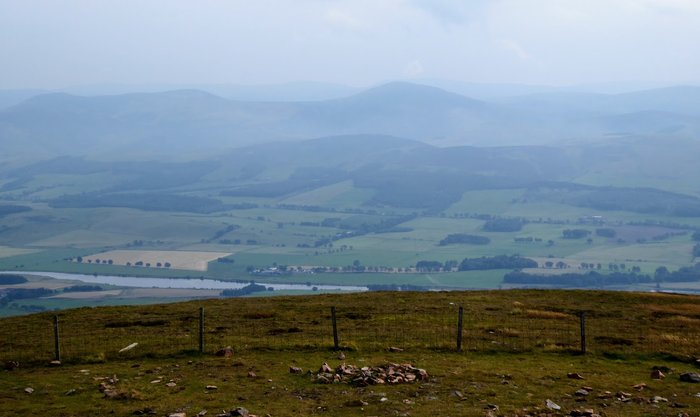 East towards Culter Fell - the target for later in the week 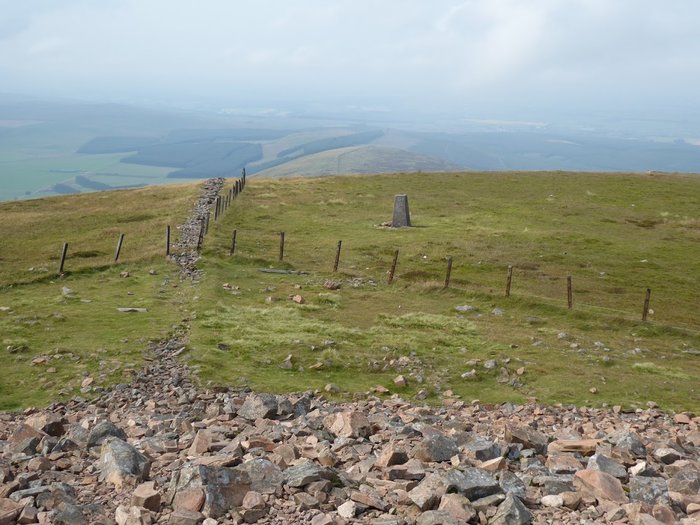 West from Tinto's summit - on a cooler, fitter day this looks like a possible alternative approach 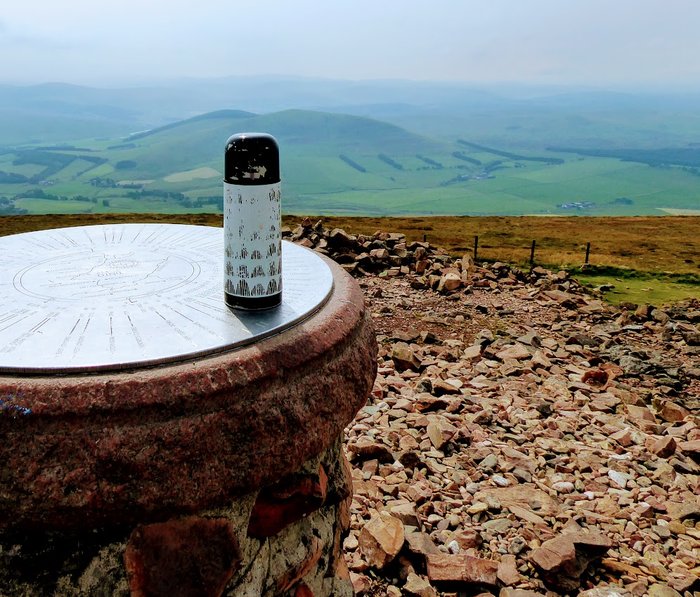 After about half-an-hour we set off back down and followed a slightly different path which gave us decent views to the East. We got back to the car park three hours after setting off which I was fairly pleased with as I'm not quick at the best of times.

On another day with better conditions and fitter legs, I suspect the west might be a more interesting approach or descent, with a walk around lanes and minor roads completing a circuit. Has anyone tried that?