It wasn't my intention to take the kids (Josh 6 and Georgia 9) up a Munro on our recent walking holiday. However they'd done well on some long and steep walks during the week as well as making short work of Ben A'an on the Tuesday. This, along with the fact that we arose that morning to glorious sunshine and no wind, persuaded me that this would be a good chance to introduce them to the world of Munros. I chose Ben Chonzie as it was the closest to our lodge and also posed the least danger in terms of ridges, drops etc.

We set off from the Invergelide car park at 09:30 past the farmhouse, small pond and over the burn. The path began to gently climb at this point and snow and ice started to appear. Once over the ford by the dam the snow became deeper and this along with the steepness of the path made heavy going. It was at this point that we started to notice lots of strange tracks in the snow shaped like a tripod with a fourth track in the middle. With stories abound of the fabled "lesser spotted haggis" the kids soldiered on up the ever steepening track until we eventually reached the cairn at the tracks ends.

The path across the moorland to the fence posts had completely iced over so we trudged (skated!) across this and then up the incline to the false summit, scaring a mountain hare on the way (the source of the footprints!). Bizzarely the ice had mostly melted away on the summit ridge (very broad) giving way to a beautiful meadow glimmering in the sunshine. A short walk followed up to the summit cairn. The kids had conquered their first Munro and we were all rewarded with spectacular views of the Southern Mountains.

The trip back down was swift and easier with more mountain hares in view. The ice and snow had started to melt somewhat yet this didn't stop Josh falling into his first gully (we've all done it!). We headed back to the car and back to the lodge and straight into the hot tub with a cold glass of wine.

Great day out and proud as punch that my kids (and wife incidentally!) had bagged their first Munro. 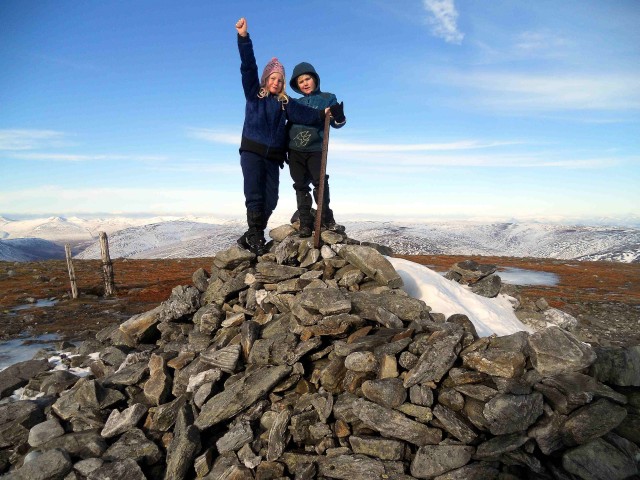 kids at the summit 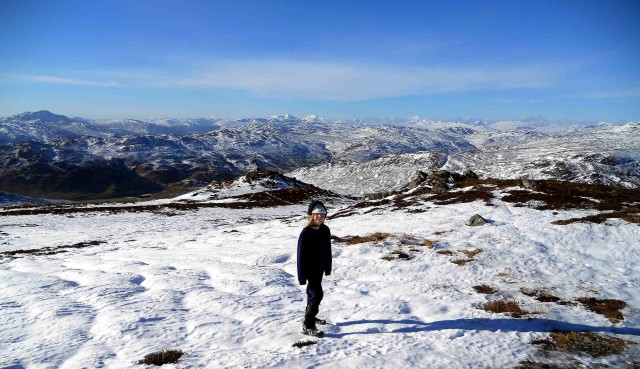 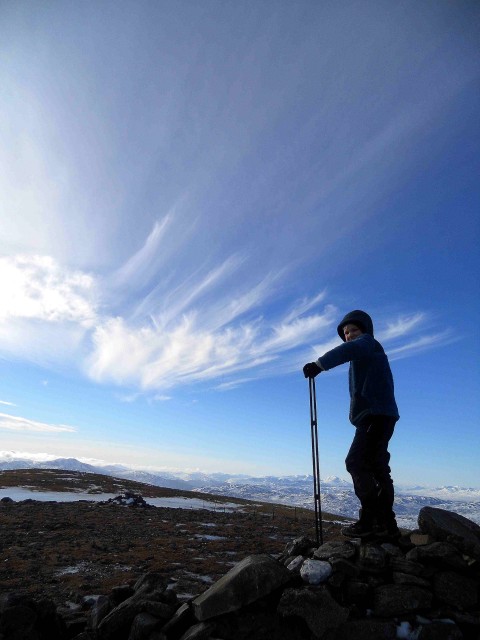 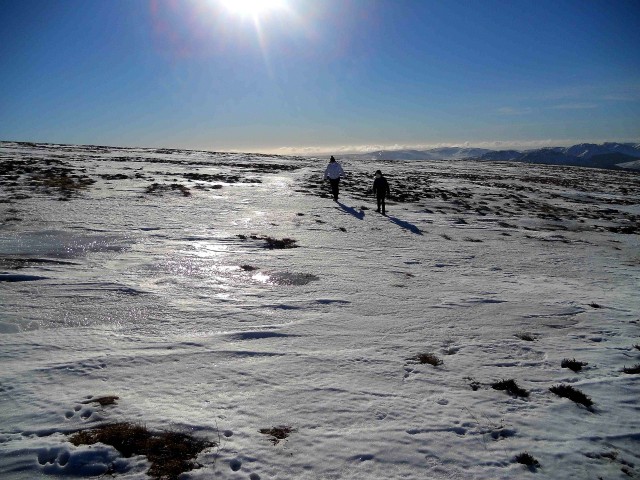 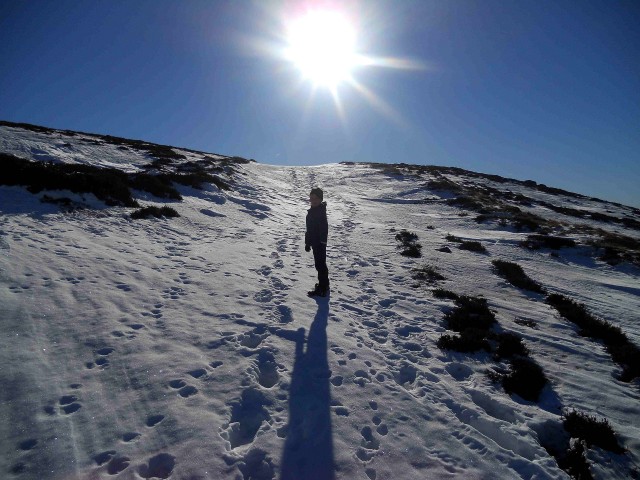 steep path up to first cairn

stoyks wrote: my kids (and wife incidentally!) had bagged their first Munro

cant wait to get my two kids up with me, looks like you all had a good day
Nice pics

Brilliant! What a result for you all, bet the kids loved their great adventure - a bit different to playing around in the snow at home.

Congrats on the start of their Munro career, maybe?

Very nice first report,and some fine pics to back your report up.You must be very proud of your kids climbing their first munro(not forgetting your mrs too)

Great report and cracking good photo's - congrats to the Mrs & kids on their first munro. That second pic is fantastic with the views away in the distance. That is the epitome of 'spending time with the family'