Knee recovery still slow, so just managing 1 smaller hill every week or so just now. Was hoping to try a bigger hill as a stop off on the Inverness to Edinburgh journey, but I didn't leave home until early afternoon, so realising I'd left it a bit late to do the one I'd been intending near Amulree, I took the Dalwhinnie turn off and parked by the entrance to the quarry to do Meall nan Eagan; it's one I'd intended to do for a while having read walk reports, but had thought I'd probably leave it for winter.

our_route.gpx Open full screen  NB: Walkhighlands is not responsible for the accuracy of gpx files in users posts
Nothing unusual to the route I took - I went down the private road towards the lodge, then took the left branch just before the buildings. I then just followed the river/burn all the way to near the base of Meall na Eagan (staying on the north side of the burn, ignoring all the bits of track which appeared and then promptly forded across to the south side). It was a flat walk in, then a steep-ish ascent straight up the heathery / grassy slopes of Meall nan Eagan, any bits of crag easy to go around. Being a hill done from Dalwhinnie, there's not a huge amount of actual ascent to be done, around 320m total from the car to get to the 658m summit. Big fence post and tiny cairn on a rock at the summit, nice to see The Fara from this side as well as the other hills around, the Drumochter munros with their summits in and out of cloud. Weather stayed more or less dry for me, just a couple of light showers.

Headed back the same way. Nice straightforward walk just a few minutes from the A9. Route in alongside the Allt an't Sluic, Meall nan Eagan ahead 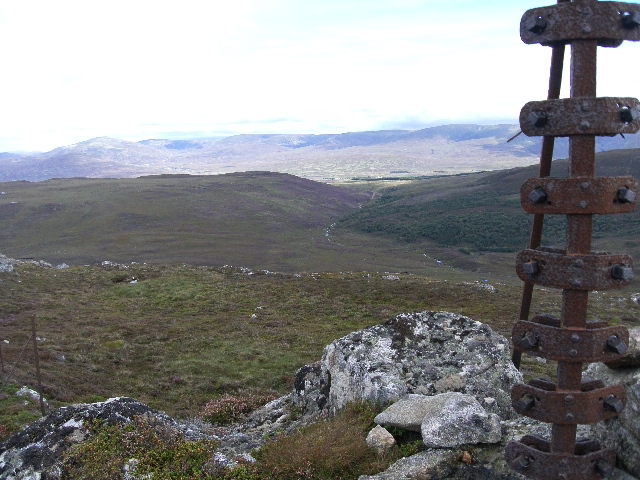 View from the summit looking back east to the route in 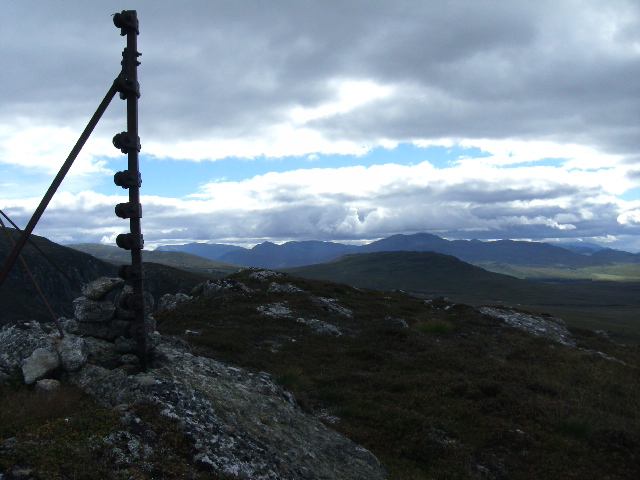 I tried to do this walk today but failed! Really annoying. I’d read your report, when you did the walk, were the bridges across the burn down? I couldn’t cross the burn at all. I stayed to the north side of it as you suggested but at one point I had to cross to avoid having to climb up to the 20 metre or so high bank. It was probably the snow melt in the burn that pushed up the water level.

Oh that's a shame that you couldn't get through. And now I feel bad, because coincidentally it was your walk report I used for my route up Carn a Choire Gairbh yesterday and conditions were fab (sorry!!)

I didn't cross the burn at all, managed to stay on the north side all the way even if the ground was boggy near the burn or I had to head up a bit. Burns and rivers have been running surprisingly high in the area these last few days though (the Gynack Burn through Kingussie was a raging white water torrent last week and the Spey had burst its banks), so conditions would certainly have been worse for you than when I did it in August.

Thanks for the reply. I’ll probably try again in the middle of the week and persevere and head up when I can’t keep close to the burn. The annoying thing was that I’d covered nearly half the distance to the top. I HATE having to turn back.

Glad you had a good walk in glen Affric. It’s so nice to be there before the tourists arrive.