Pillar Rock is the only Nuttall top in England that I haven't climbed, and although I probably won't be climbing it anytime soon, I felt that I ought to at least go and have a good look at it.
Approaching it from the Ennerdale side meant I had a long drive to Bowness Knott car park and a long walk in along the vehicle track which goes up the valley.
The ascent is quite steep,firstly on a path which goes up through the forest which seems to go on forever,and then it's a steep, mostly pathless slog up a grassy slope.You go towards the bottom of Pillar Rock, and then bear left towards a large cairn which becomes visible in the distance. 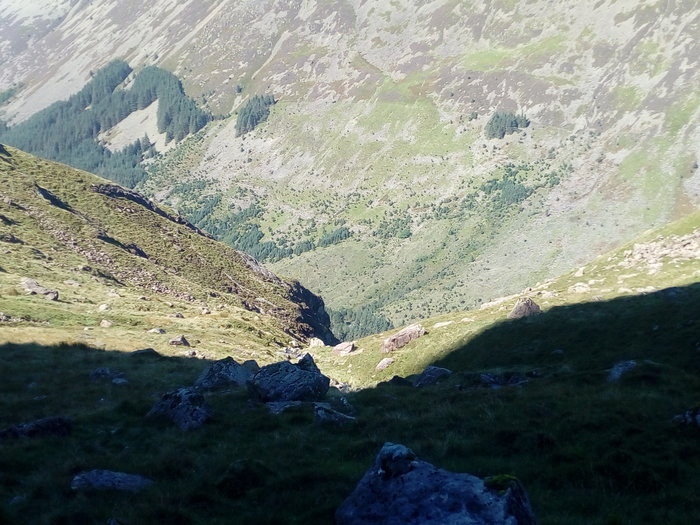 Looking back at the ascent route 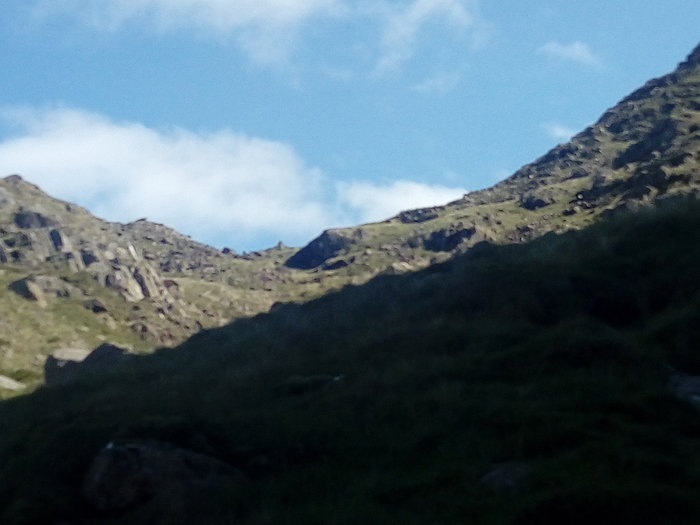 Up towards Robinson's Cairn 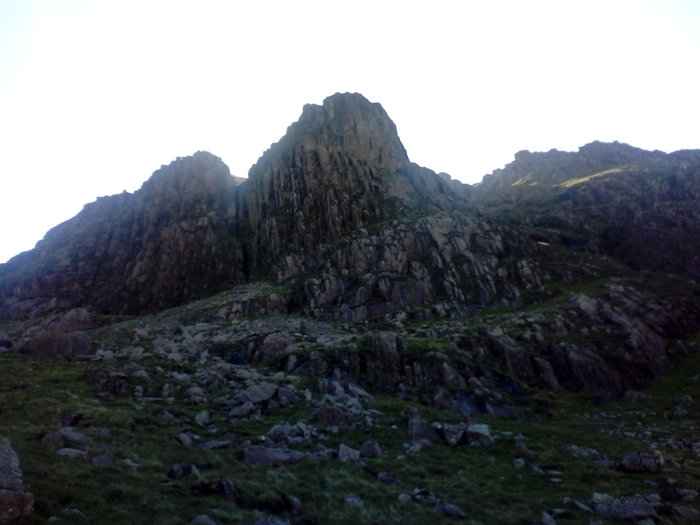 Pillar Rock from below 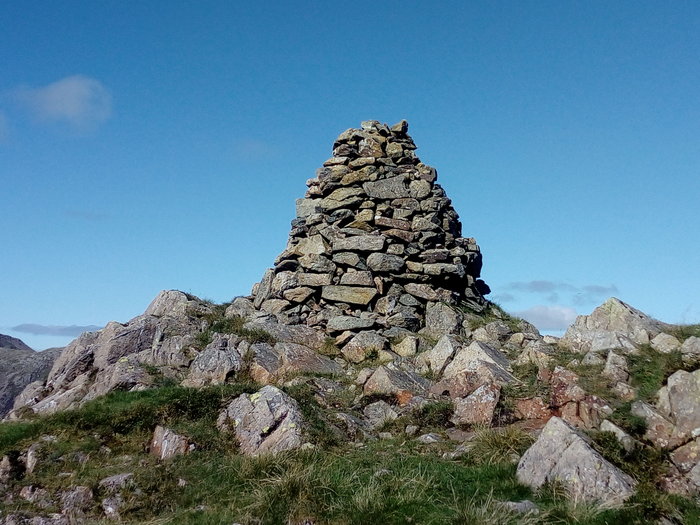 At Robinson's Cairn, where I stopped to have something to eat and admire the view, you join the High Level Traverse path, which goes around to the base of Pillar Rock and then up to the top of Pillar. 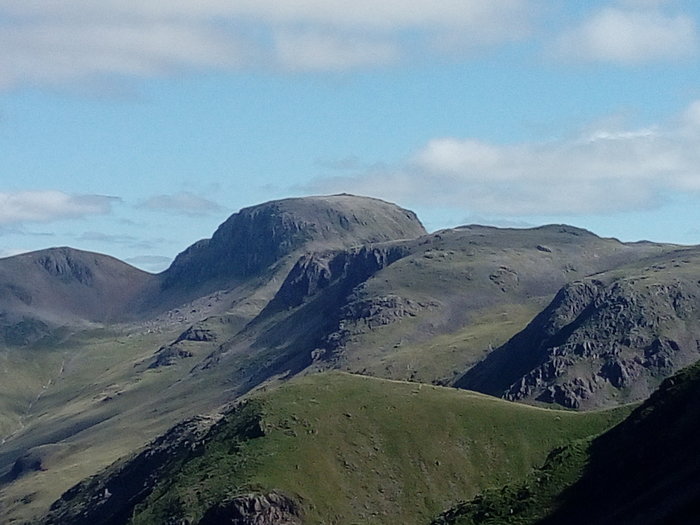 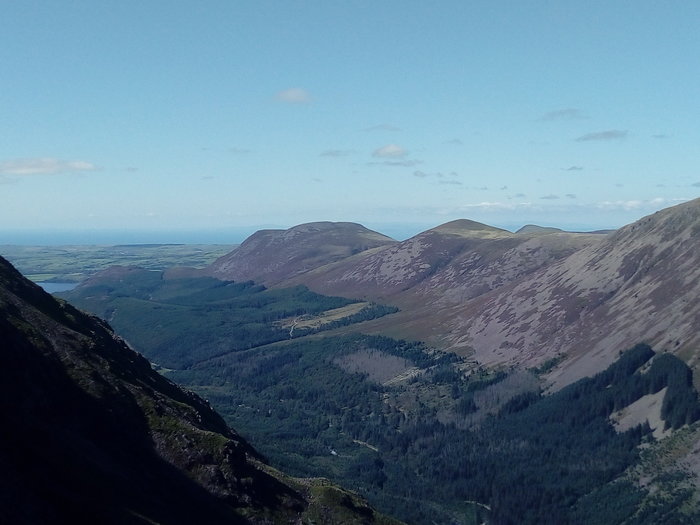 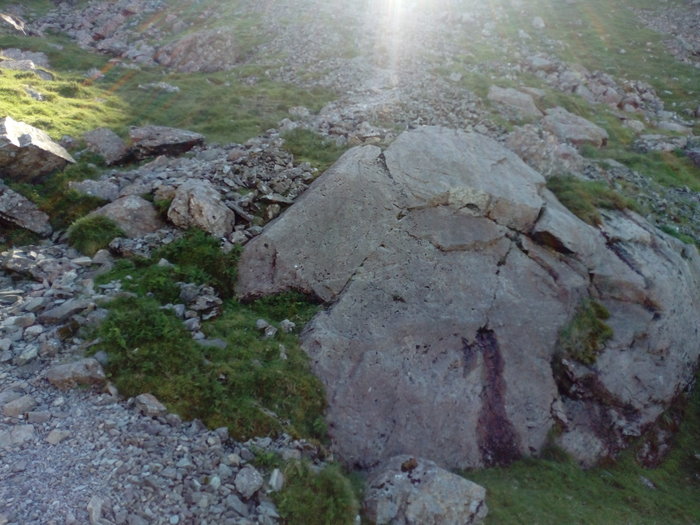 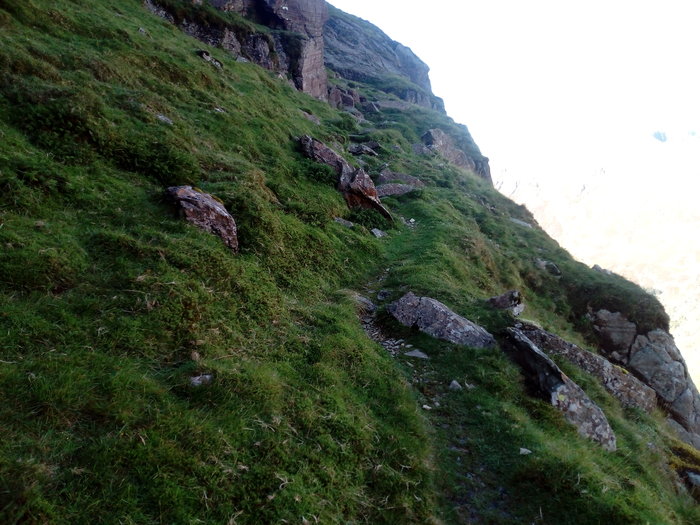 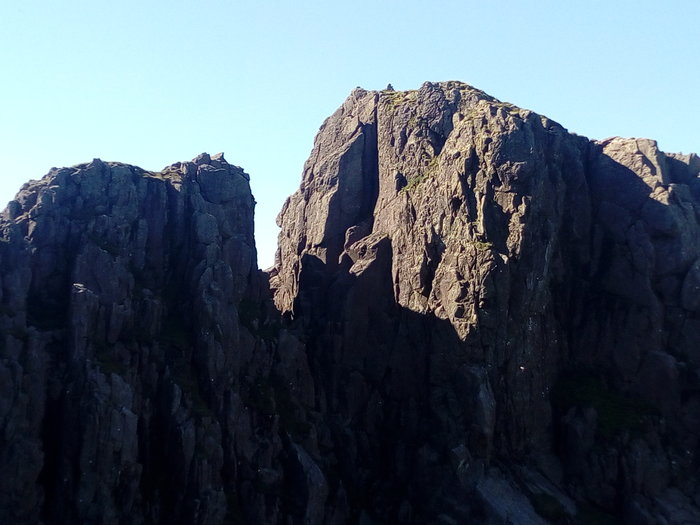 Having seen Pillar Rock with my own eyes I can now confirm that I'm not going to bother climbing it. 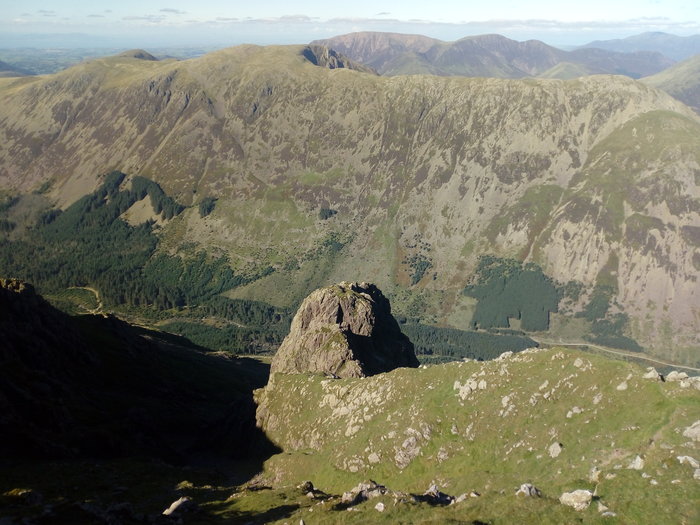 Pillar Rock from above 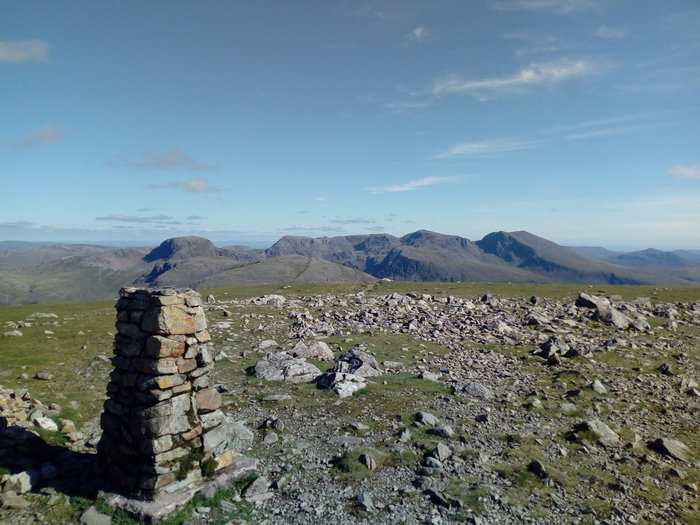 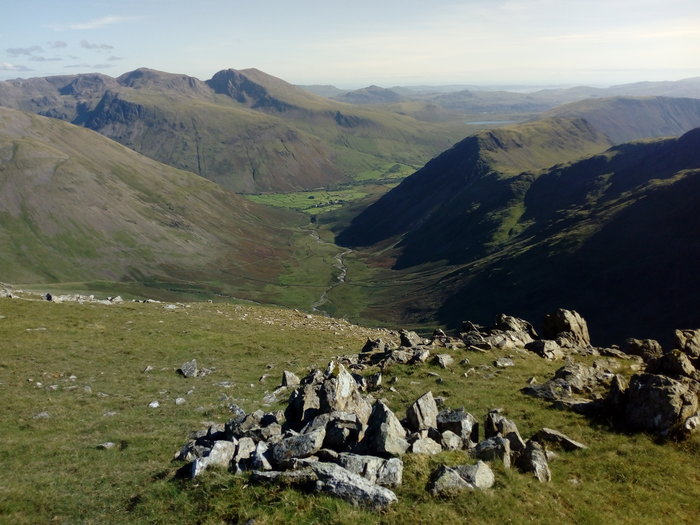 From the top of Pillar I followed the ridge over Black Crag and Scoat Fell and on to Steeple. 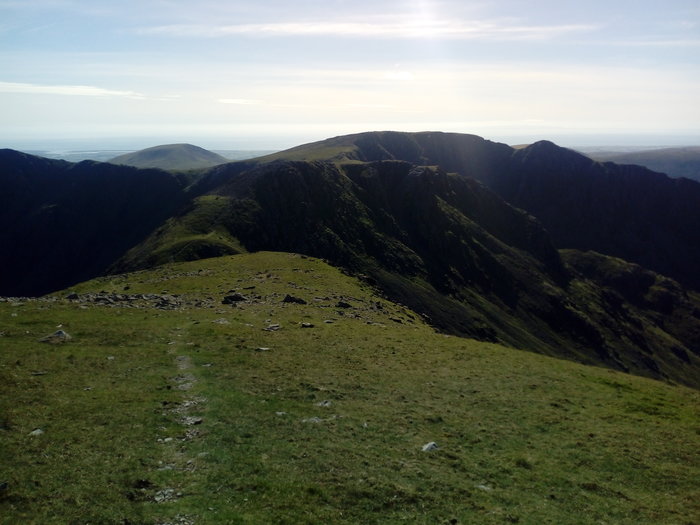 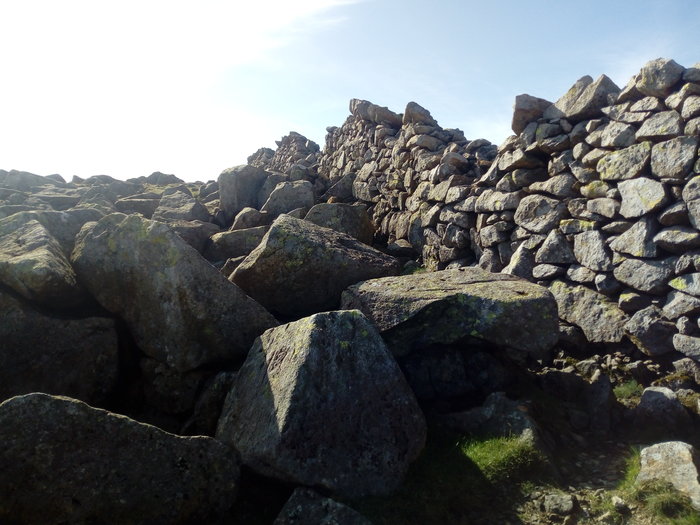 I'd been to Steeple before but only as a short out-and-back from Scoat Fell during a long ridge walk.This time I continued over the top and followed a path which goes down over Long Crag and is a nice way to get back down into Ennerdale.
I was going to go down over the top of Lingmell, but the stream I would have had to cross was in spate and I couldn't see an easy way over, so instead I went down the other path which goes down through the forest and past a waterfall.And then it was another 2 1/2 miles along a vehicle track around Ennerdale Water to finish off a long walk.