It was a first time in a long time, that it had taken me until the end of August to get a Munro done, but since it was already late in the year I thought it had better be an interesting tick on the list.

After a foray to Corbett country in Perthshire, these 4000 footers seemed like a good combination of low hanging fruit but being big names. The only down side being a 3 hour drive from home.

After rising at 4am, I was on the road half an hour later heading to Aviemore. After a quick bowl of cold oats in the car park, I rendezvoused with Dave, my walking partner for the day and we started the ascent up Windy Ridge.

It was a dry, but fresh day and as we quickly gained elevation, the wind started to feel considerably cooler as forecasted. I was soon glad of my last minute decision to opt for my thicker winter fleece.

I have always feel that the rolling hills of the Central and East Highlands are a bit of holiday compared to more rugged hills of the west coast. Having said that I have usually visited them in descent weather, and can see how the good paths and easy walking could lull someone into a false sense of security, landing them in trouble when the weather closes in if not prepared (I am also aware that starting from 600m at the ski centre car park could be considered a 'soft option').

Having said that we seemed to reach the summit of Cairn Gorm, with almost ridiculously little effort. After observing a very determined looking individual march on with a pair of skis, we trucked on towards the mighty Macdui.

The boulder field ascending to Macdui, was probably the most demanding part of the walk, but still relatively straightforward in the good conditions. On the summit, I took a few seconds to enjoy being the second highest person in the UK, before enjoying a sandwich and starting the descent.

Once through the boulder field the descend was easy and on good paths with a steady gradient, probably a lot more pleasant than the alternative of descending vial the steep routes via the ski tows. As the sun broke through we were treated to views over Braeriach and the Lairig Ghru. The path is well maintained all the way to the car park, with some very considerately place boulders to traverse what must have been very boggy ground at one point. 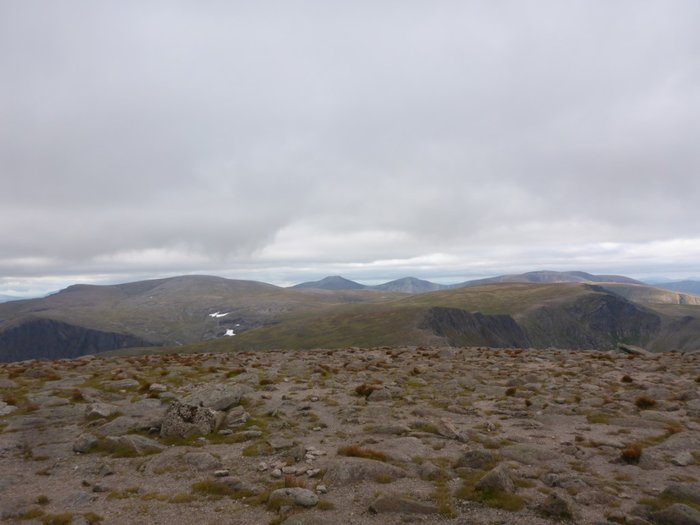 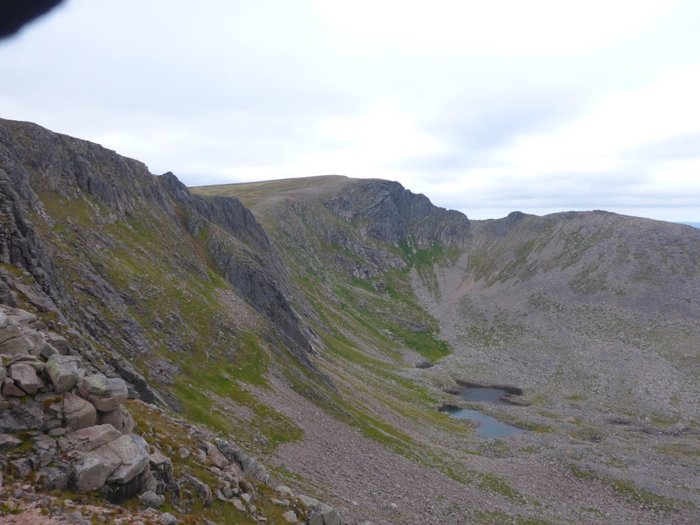 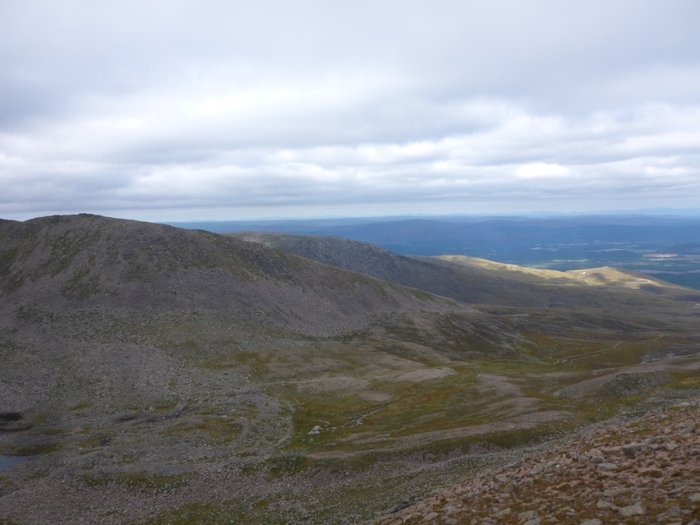 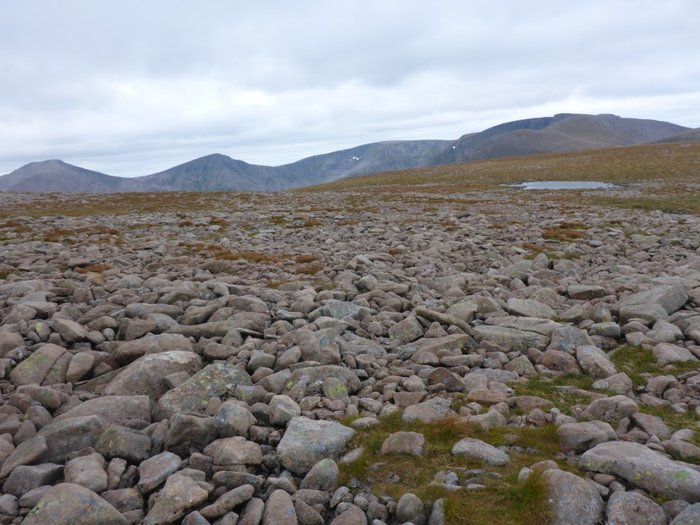 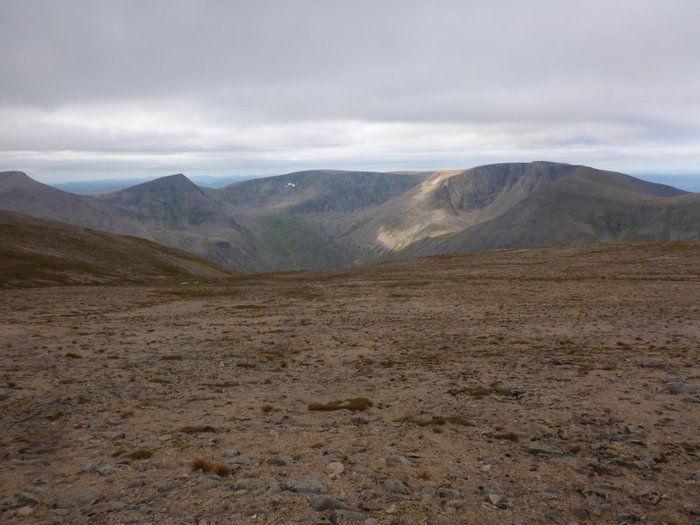 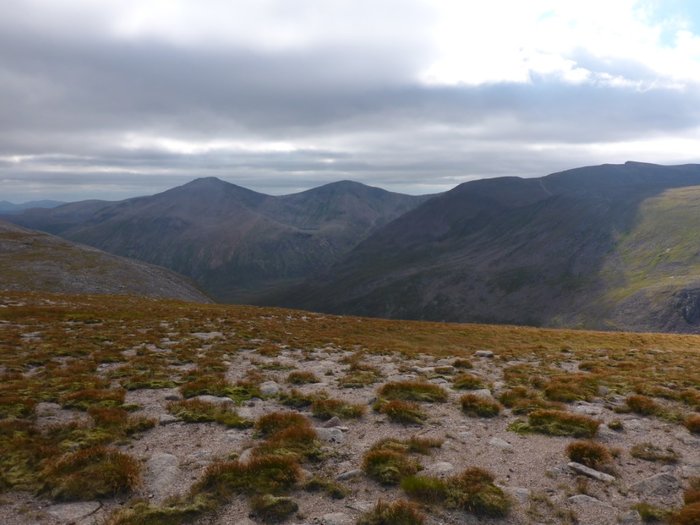