After a few Satnav detours we arrived at the Todholes carpark at just before 9am to begin our walk. Only to discover it was already completely full. I probably underestimated how popular this wee hill is! Luckily, we had passed a lay-by, slightly before the carpark which we were able to park in.

The walk along the road from the car was about 2 minutes then we set off through the gate at Todholes up at gentle forest path. 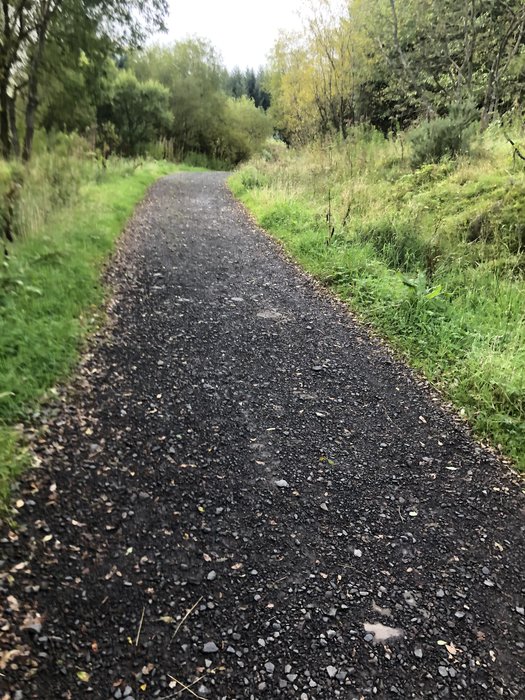 The route given by Walk Highlands was pretty spot on. You just follow the forestry path until it ends and begin your ascent up the hill. Helpfully theres lots of wooden signposts dotted around pointing you in the right direction to Meikle Bin and back to the carparks. 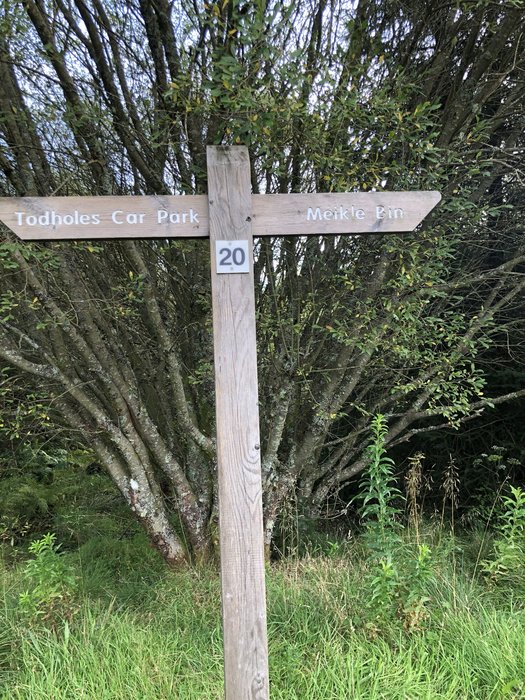 Even Better one of the signposts has been damaged but someone has added in marker pen, the directions to Meikle Bin and back to the carpark. We were sure it was the opposite way as it looked like it was starting to climb upwards! Thanks to the helpful person and their sharpie for keeping us on track! 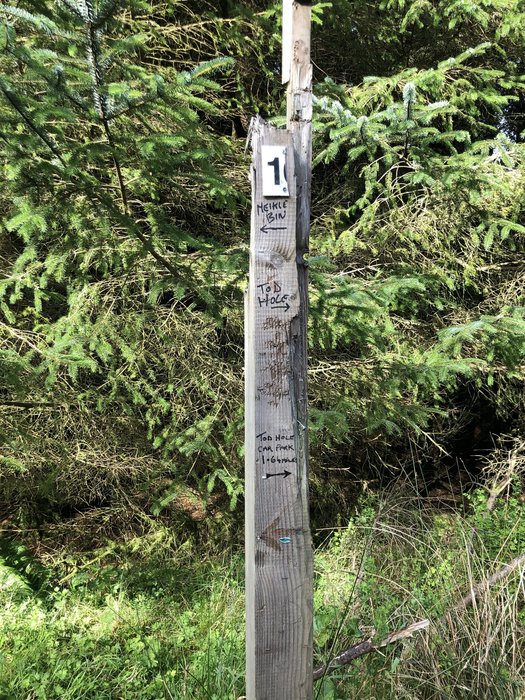 At one of the signposts, it looks like there is another route from the main carpark but this was blocked off and looked like it possibly could be unsafe.

Once we started climbing the grassy part of the hill, it definitely got a bit steeper. It was also quite boggy in places but not as bad as I expected from the torrential rain the night before! We Stopped for drink at a flatter area and noticed what looked like the remains of the old firefly plane which I'd read about. It was strange to think that people had actually died in this wreckage in the 1950s. 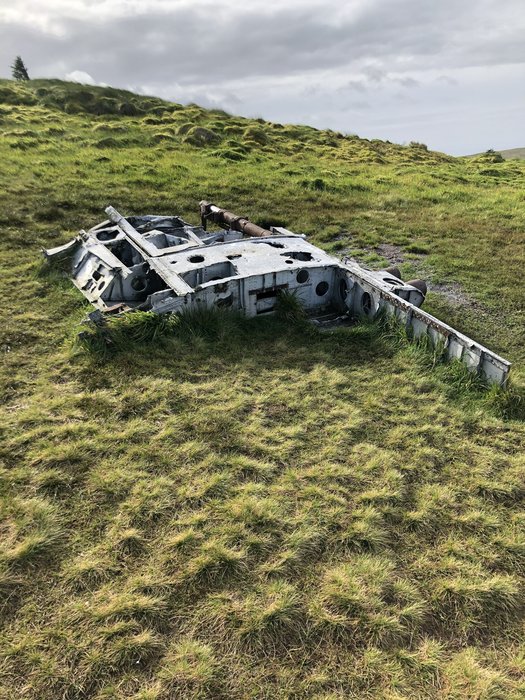 Remains of the plane

From here we could see the Trig point so we knew the top was close. It was quite a steep final push but worth it for the panoramic views from the top. I'm not great at picking out which hills which but I definitely spotted Ben Lomond and I know from reading other reports you can see a lot of interesting hills. 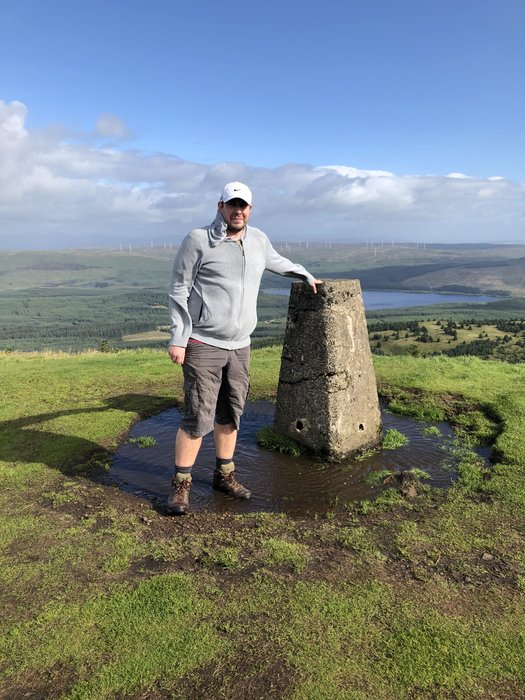 Jamie at the top 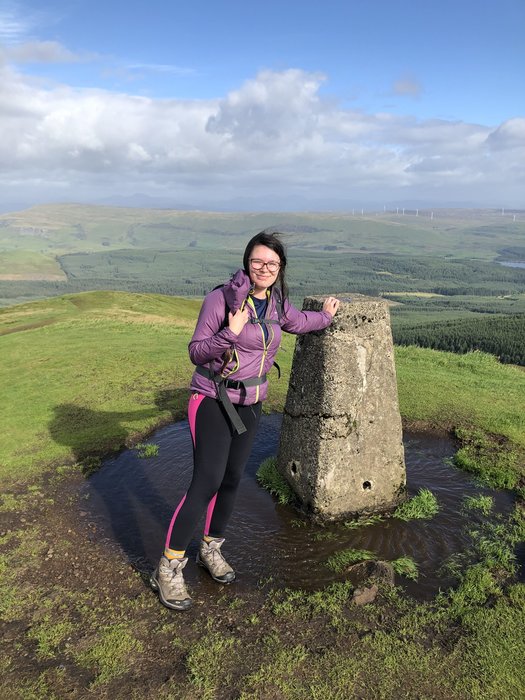 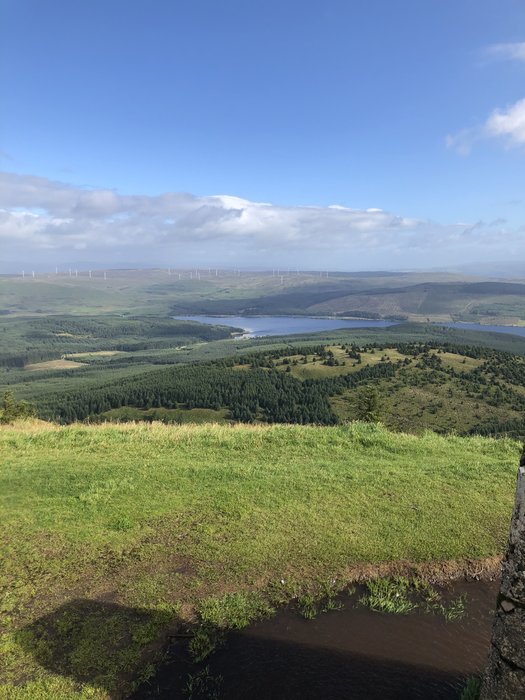 We stayed at the top taking in the views for about 5 minutes but it was starting get pretty windy so we headed back down to have a spot of lunch. On the way up we'd noticed a few gents enjoying some lunch on a handy picnic bench which was placed roughly just at the start of the steep climb. It was free on our way back down so we sat down for a well earned break. 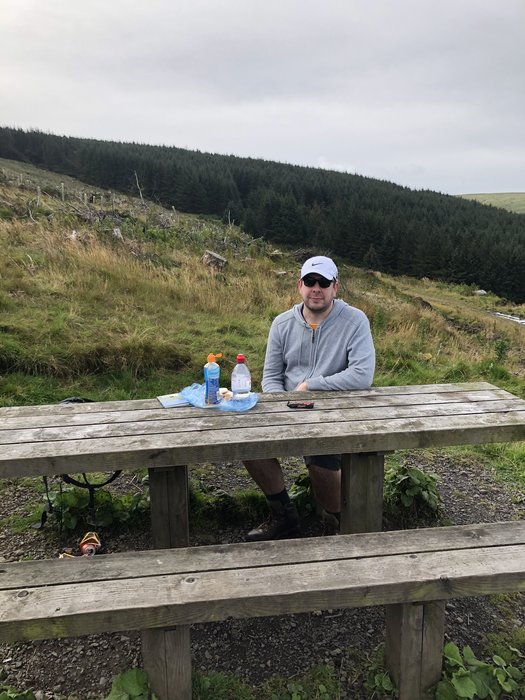 Our lunch was slightly distracted by a friendly retriever called Leo hoping to get a bit of sandwich! He never got any food but he did a pat and was soon on his way. 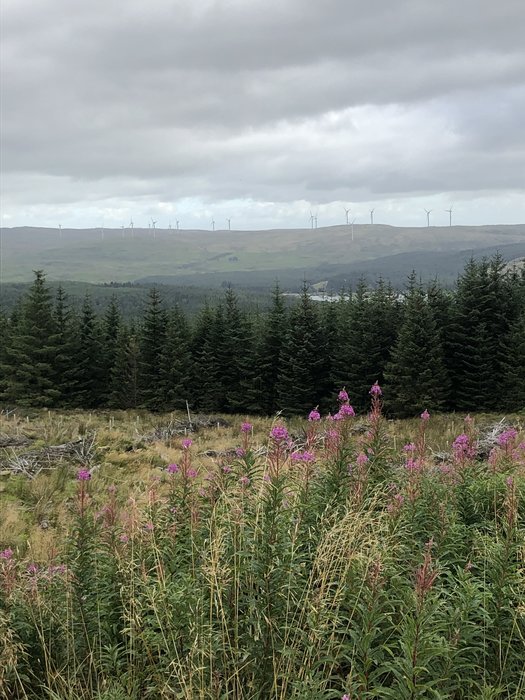 View from the bench or near it

From here, the journey back to the car was fairly straightforward. As we were getting lower the wind died down and it made for an enjoyable stroll. We saw a lot of people and dogs passing us to go up the hill. We stepped off the path a little so I could get a better look at the reservoir which was beautiful. 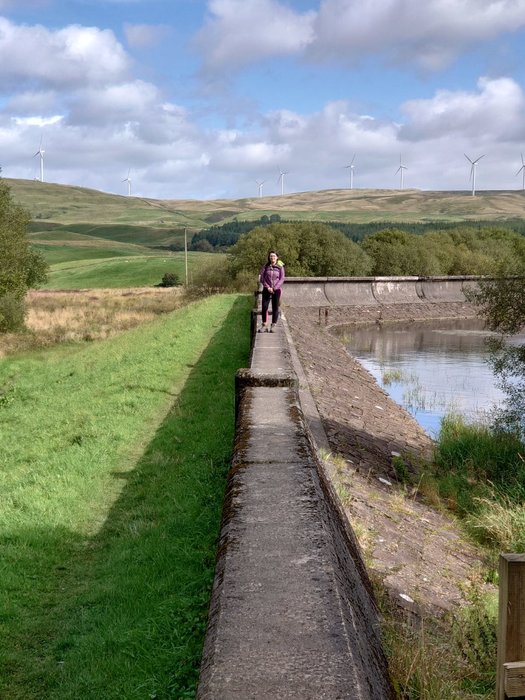 Me at the reservoir

We made it back to the car to find that 6 cars had joined us at the empty lay-by which we had found in the morning! Even more cars had squeezed into the Todholes carpark since then too. So I'd recommend getting up early if you are tackling Meikle Bin on a sunny day!

This was only Jamie's second adventure out on the hills and Meikle Bin is definitely a good starter hill if you are not used this kind of walk. Hopefully next week we can face an even bigger challenge!

P.S This is my first walk report, hopefully its comes across well