The forgotten hill - in Glencoe

The forgotten hill - in Glencoe


This little outing was plan B, the original plan was to drive down to Girvan and meet up with Pete R and jump on a wee boat to Ailsa Craig. Unfortunately on Friday evening Pete got in touch with me to tell me the visit to Ailsa had been cancelled due to the forecast. Pete told me that was his 3rd cancellation so it looks like we will need to be patient to get across the Clyde. So I had to come up with something just as interesting and exciting and the Munros that Parminder still needs to visit are becoming further away, not ideal as the days are getting shorter. I suggested a visit to Glencoe to my chums and they seemed fairly happy with the selection. George bagged Ulaidh in the very early days of his walking career and remembers absolutely nothing about it, my previous visit was 24 years ago and I remembered even less. So Friday evening was spent researching on what we could expect, I was surprised to find there are no walk reports since 2018 and only 48 reports in total. The research also revealed that the majority of walkers don't bother with the Corbett Meall Lighiche. Two reports stood out and were very useful so thanks to Blackpanther & gman.
George had offered to drive and we agreed to meet at our usual place at 6.30am which was much earlier than our original plan of 9.15am.
To give us a wee boost we called in at the Green Welly for our bacon roll and coffee and then it was a matter of finding the parking area. We arrived in Glencoe area just before 8am and the parking areas were starting to fill up, however the opposite was happening in our small layby, there were a couple of campervans and that was it.

George making sure Parminder has his camera

Roadside walk for about 100m, wasn't like this on our return

The way ahead, good track - initially

Looking down Glencoe, AE on the left coming into view

The burn we would struggle to cross further up

Our improvised route round the fenced off house

Now the fun begins, where is a suitable crossing spot

ML from a bit closer, just the Allt na Muidhe to get across

Path on the right, we still haven't crossed yet

At about this point I noticed a couple of figures in the distance and presumed they were tackling Ulaidh on it's own, however when we got back to the car park at 4pm ish there were a couple enjoying a coffee at the rear of their campervan. A brief chat with them confirmed they were ahead of us and had planned to tackle Meall Lighiche after Ulaidh but the descent off the latter was a proper struggle and deterred them from tackling the Corbett. The Walk Highlands advice of if you plan on tackling the pair of hills the 'safest' way is to them anti clockwise. 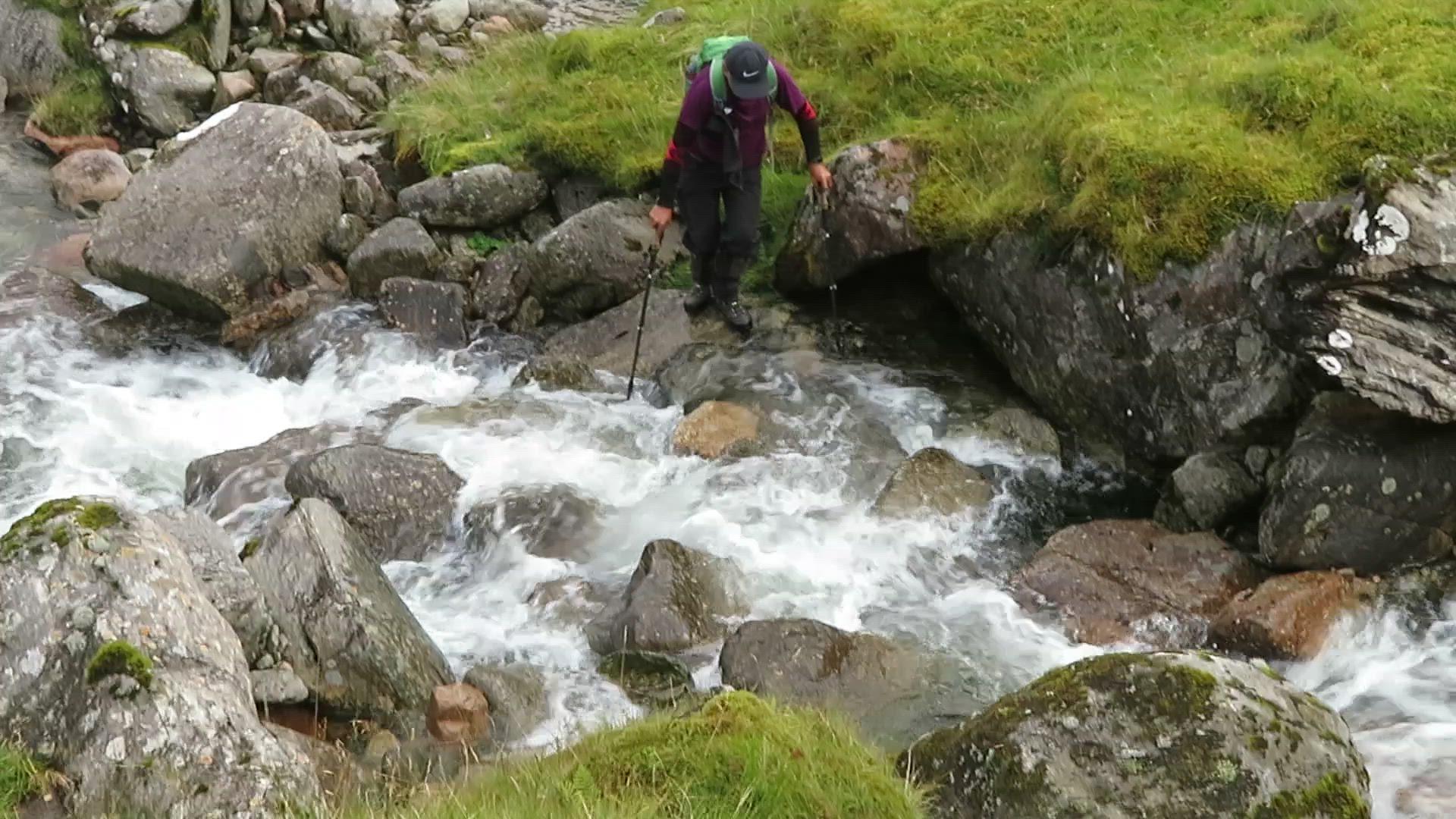 George was in charge of the 'action' shots 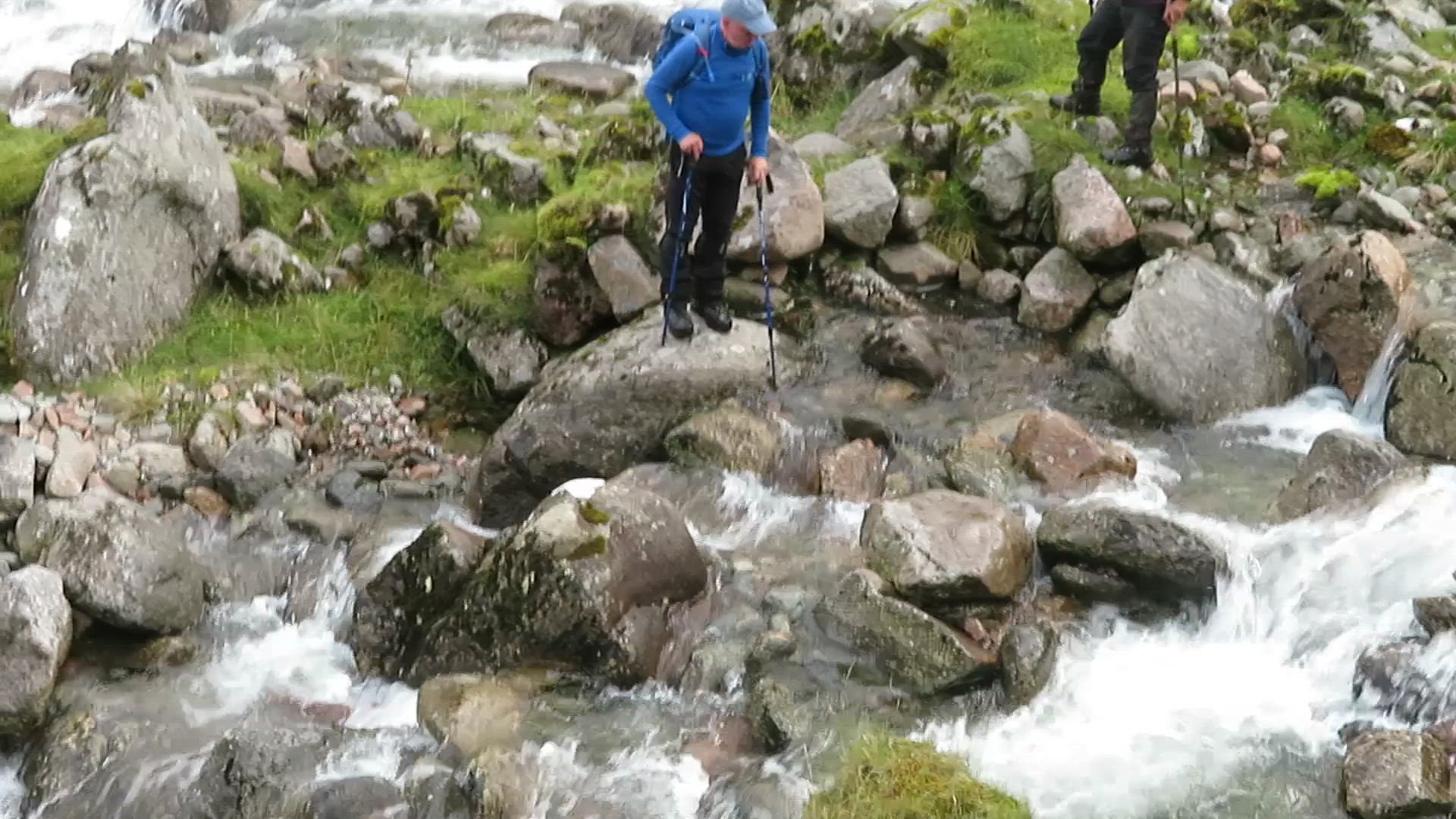 Hope you don't mind me borrowing your video's George? 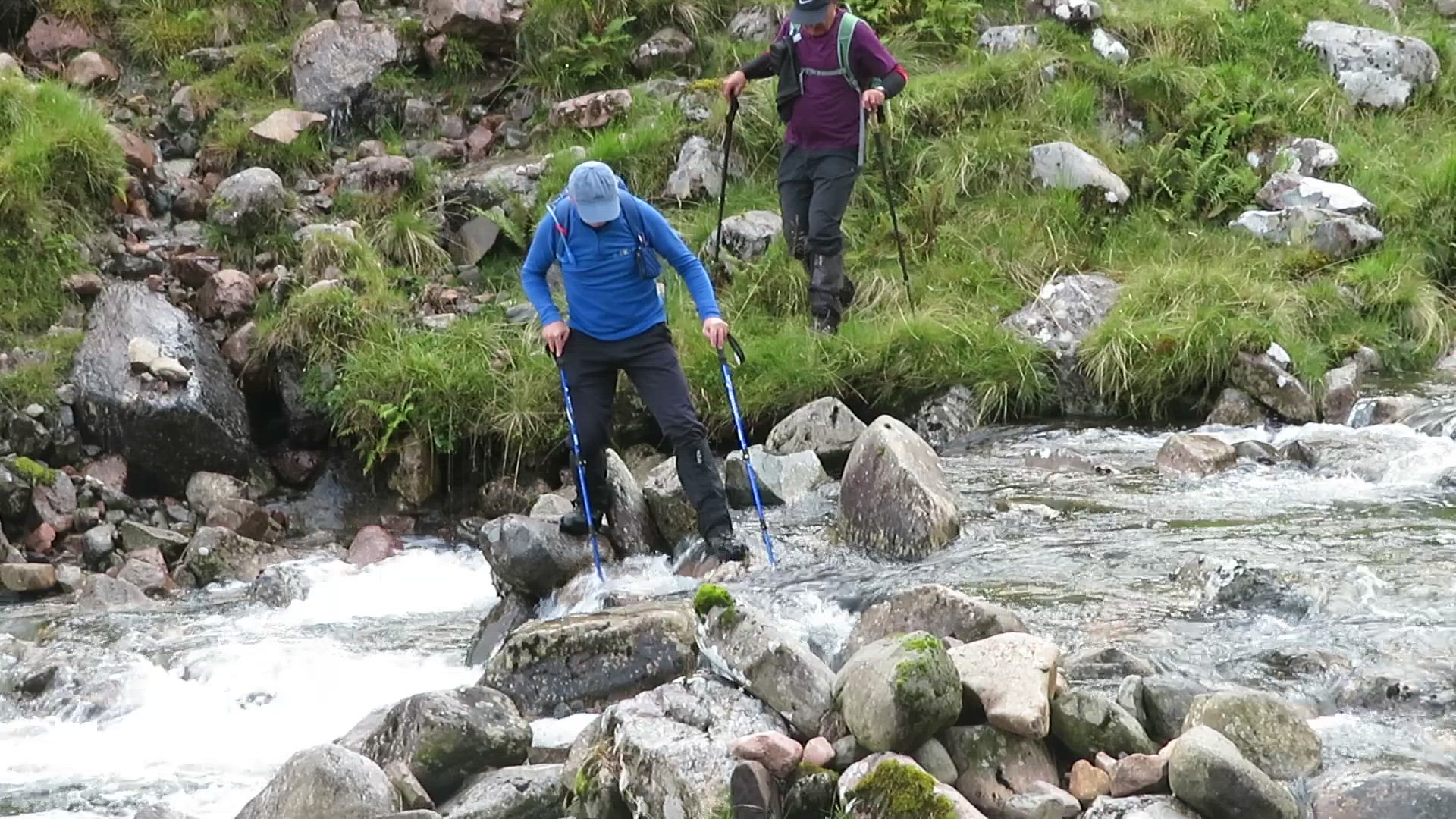 We made it, this shot is looking back down the river - doesn't look like a problem at all to cross 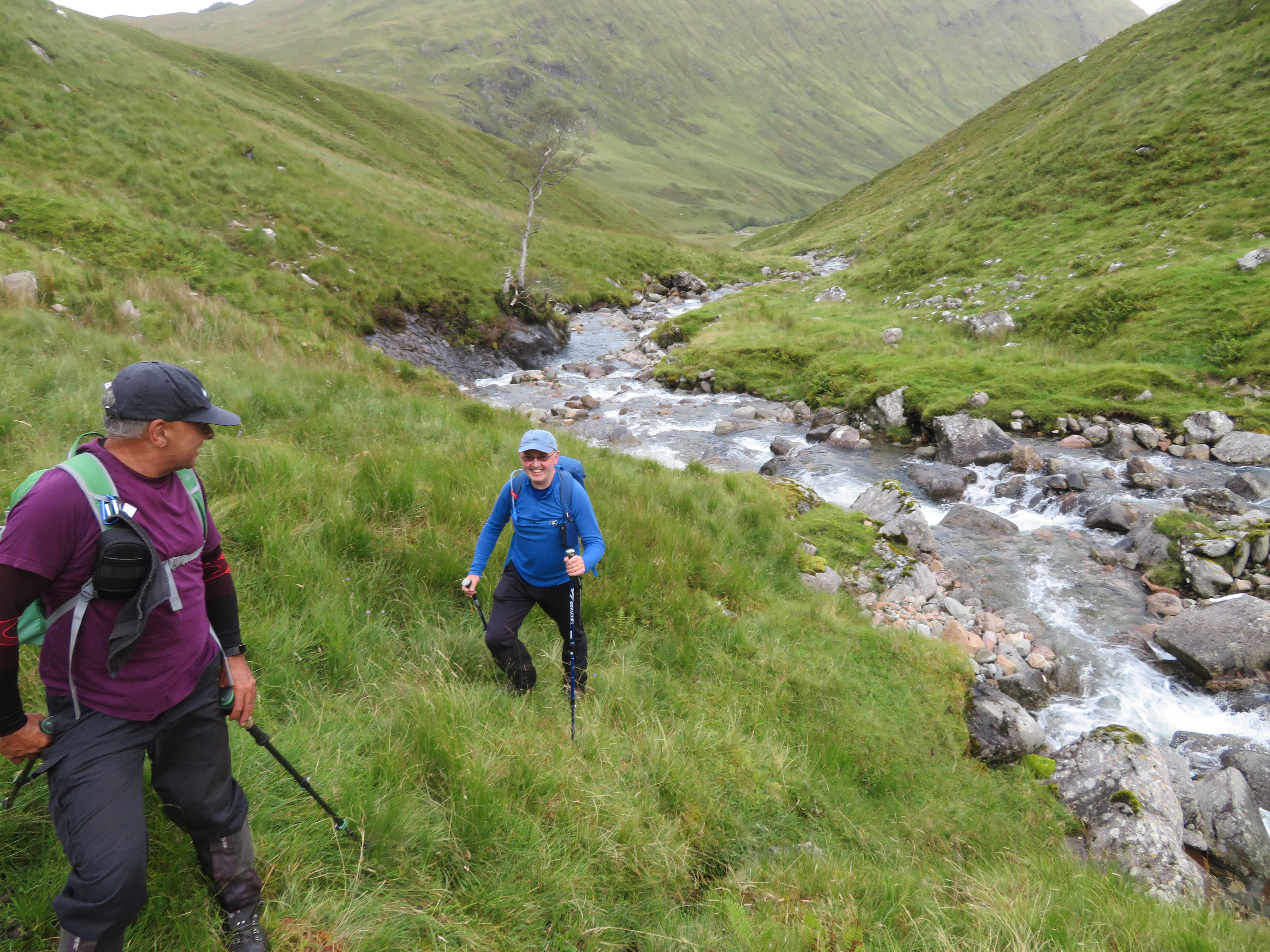 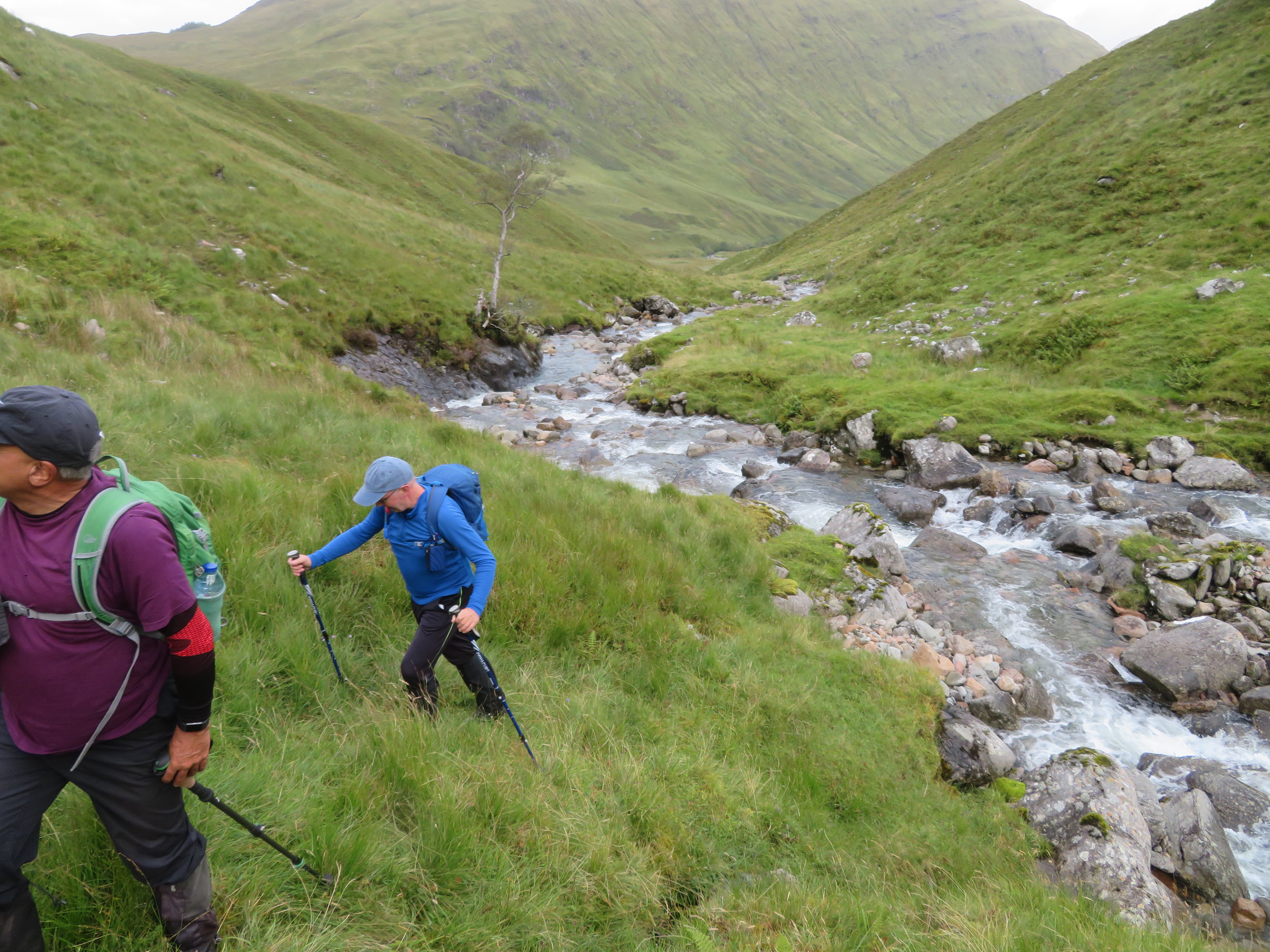 Right off we go uphill

Now the trudge uphill begins, after our struggles we were about 1km further upstream than we had intended, so we had to traverse round a crag to our planned route

Kind of demonstrates the terrain

Looking back down the glen, AE again

Big lump in the way, we opted to go right rather than up and over

Looking back from a bit higher up

Loch Leven in the distance

Similar shot this time with my two chums in the photo

Not far now, the summit of Meall Lighiche is the high point on the ridge

The descent route down the shoulder off Meall Lighiche

Descending down to the bealach between the two hills, wet grass and rocks not a good combination, both George & I slipped on our backsides

Sgor na h-Ulaidh, no obvious path so we tried to follow our planned route, that was easier said than done

The fence posts were a good guide for the descent route, only trouble is they stop at the bottom of the other side

As we got nearer Ulaidh looked a bit more doable

Looking back across to Meall Lighiche

Looking north towards the Pap of Glencoe, also shows the angle of ascent

George taking in the views whilst Parminder soldiers on

Looking across to the Corbett with the Blethers in the background

This kind of shows how steep it is, not sure what Parminder is doing

The final lump to negotiate before we reached the summit

Beinn Fhionnlaidh with Loch Etive behind

Summit of Ulaidh looking across to Meall Mor and Loch Leven

The shoulder that would be the descent route and a path 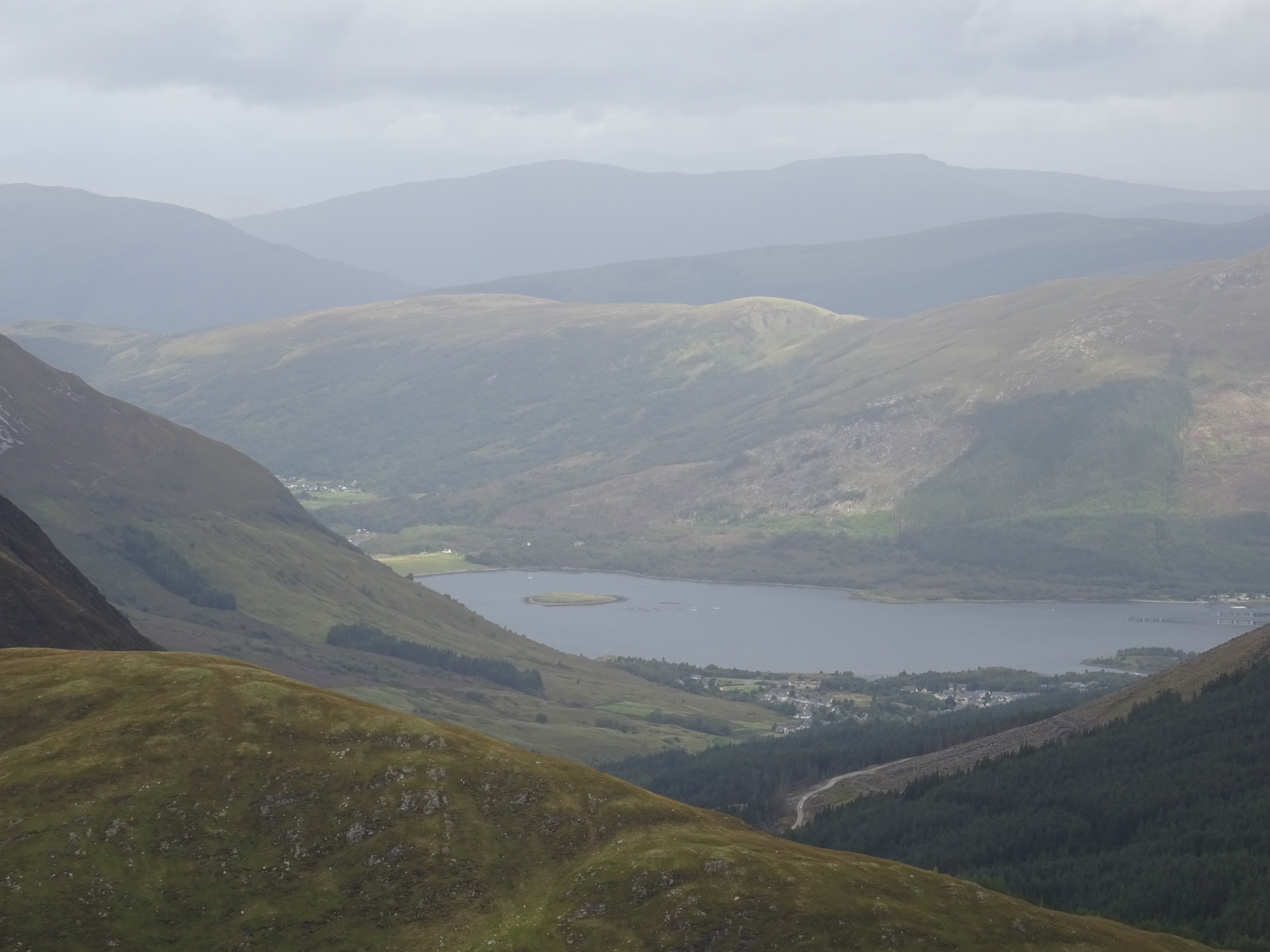 Loch Leven zoomed on my camera 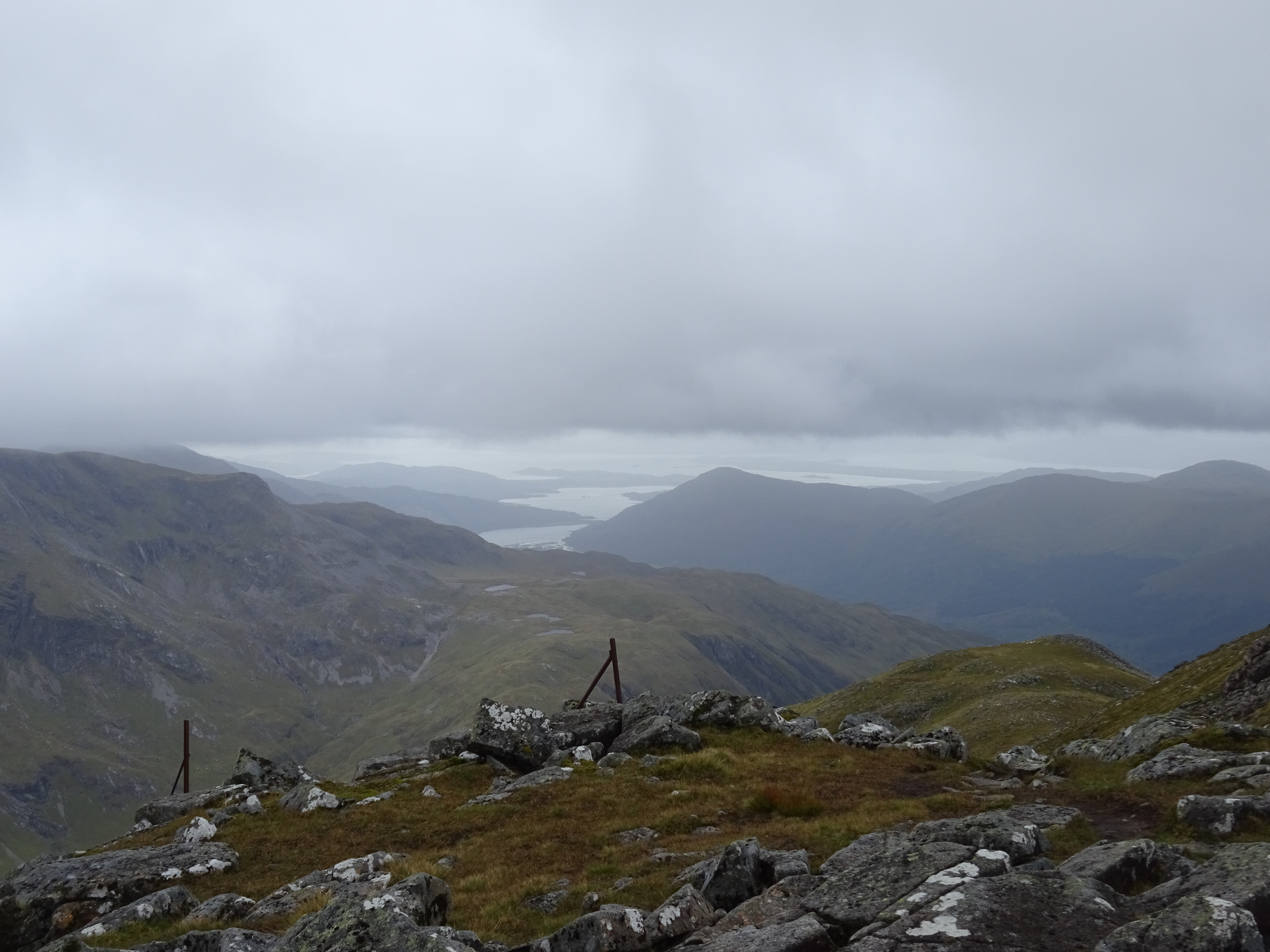 Looking west out to sea, zoomed 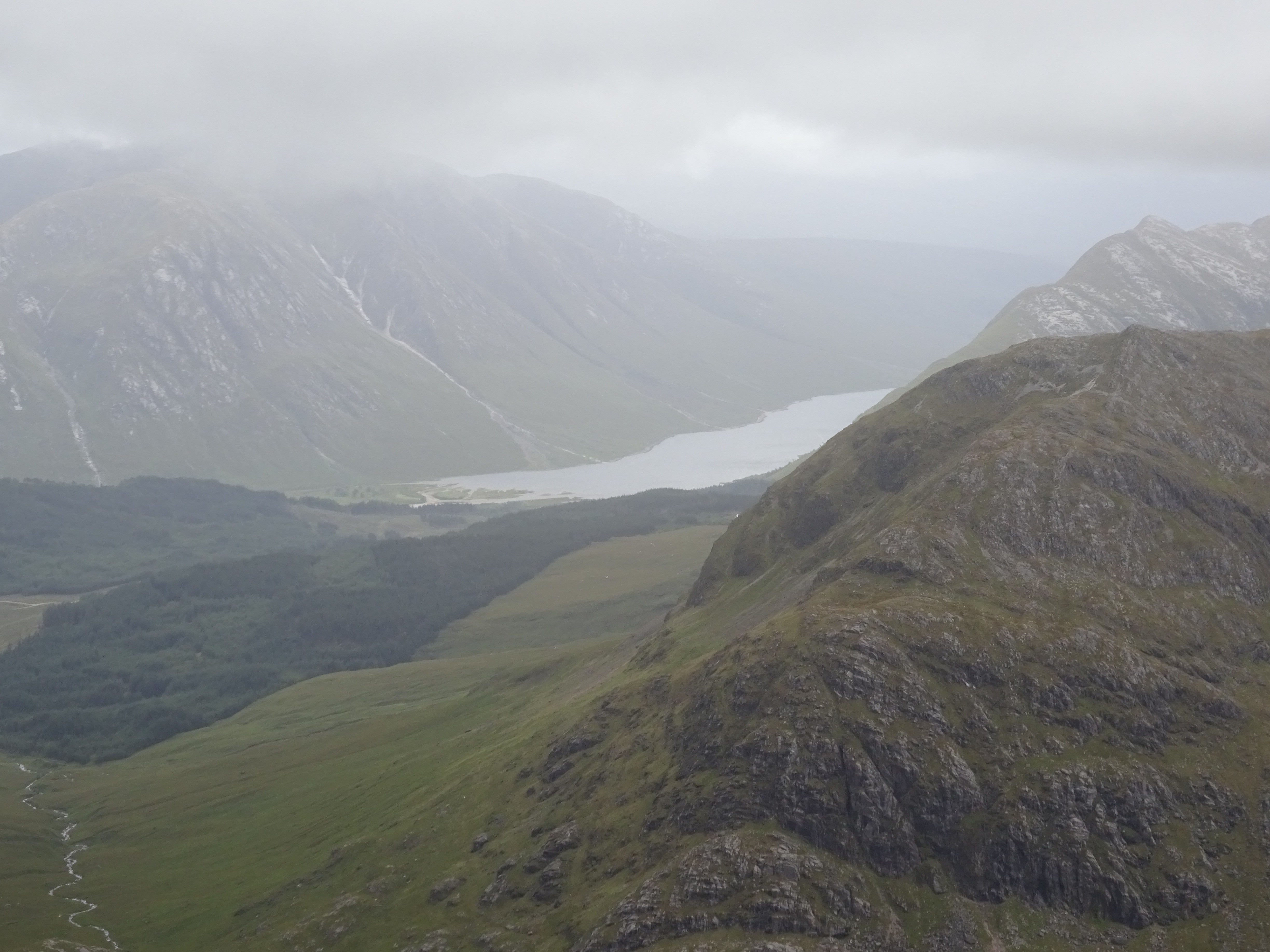 Shortly after starting our descent we came across a couple who were planning Ulaidh only and shortly after a lone female who was doing the same. On the approach towards Stob an Fhuarain I came across an OS map in a plastic folder lying next to the path, as it was breezy I picked it up and hung it by the cord round a metal fence post, in the hope that one of the aforementioned walkers would be reunited with their map.

Just when you think all the going up bits are done and dusted, there is a wee sting ahead

Weather changing, low cloud and a bit of wet stuff but we weren't caring as we had our views

Descending the long grassy slope down to the river

Looking back up to Ulaidh now the cloud is away

Another cracking day out which turned out to be much tougher than we were expecting. If anyone is thinking of tackling the pair of hills they have to be done anti clockwise, that will ensure you can see the crags on Ulaidh above you rather than below. Another thing to bear in mind is the river crossing, if like us you tackle them after a spell of rain be prepared to be patient and find a safe crossing point unless you fancy a paddle.

Ah the memories! That pretty steep gully looks like it might be the one that myself and a couple of mates tried to descend in winter conditions a few years back before aborting that particular idea and retreating!

Guys, another tough shift and thanks for another BRAW day out

2 great hills. Did them separately. A tad windy on Sgor na h - Ualidh Stayed well away from that gulley. Meall lighichte not to be sniffed at. Think I crossed at that same grassy island thinking " I'm getting across here!!!"