This was certainly a return trip for me, many moons ago I'd climbed Beinn a'Chuirn with friends who had the outlying Corbett Beinn nan Fuaran to climb, it was duly bagged but being such a wet and windy day we descended back to glen without a thought for climbing Beinn a' Chasteill. Many more moons passed and again a friend and I were out playing on these hills , this time with skis and perhaps over ambitiously thought we could traverse the five Corbetts and be back in time for tea. That time we started in Corrie Thoin of Beinn Odhar and were soundly educated as to the steep and tiring nature of these hills, arriving at the first summit spent and to find only patches of snow for our descent. 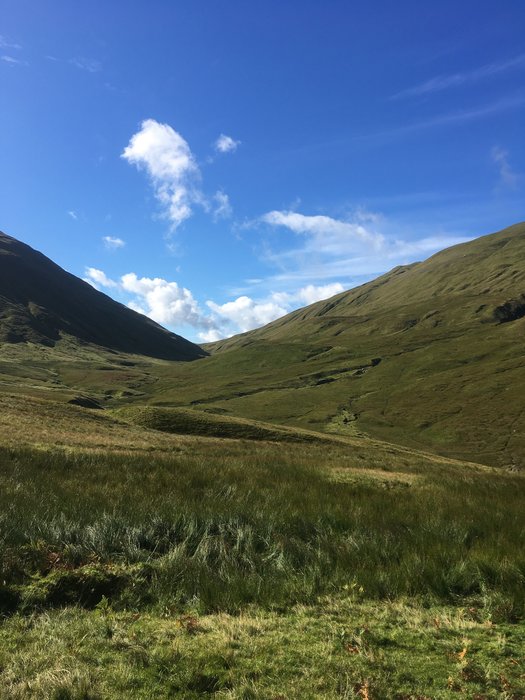 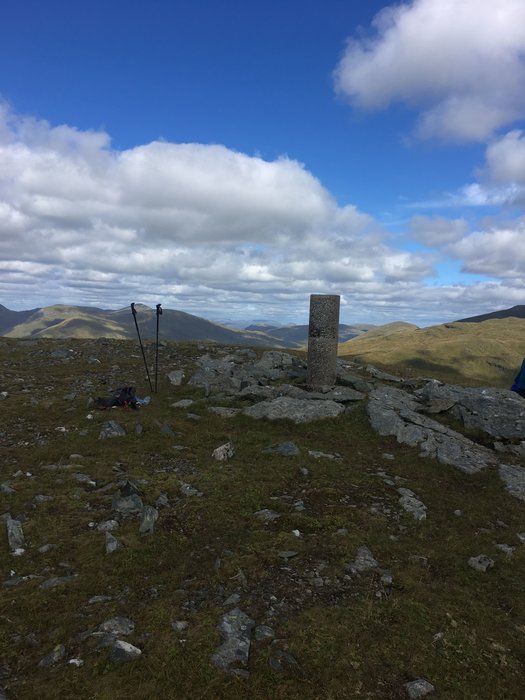 Re: Auch, just the three

The short-cut to Beinn a' Chaisteil is an interesting way up: instead of going along the glen track as you did, about a mile further back just head straight up the grassy slope on the right-hand side of the corrie beneath the summit. It's just grass all the way, but remarkably steady in angle (with not many comfortable resting-points eg boulders or slight ledges) and also steep enough to feel quite exposed. When I did it I remember thinking (a) I'm glad I'm in newish footwear with good grip, and (b) I hope it doesn't come on to rain halfway up, as I wouldn't much fancy going back down this. I've only done it in summer, but in winter it could well be Grade I territory. A very good direct way up, but not likely to be to everyone's taste.