Another straightforward hill done as a detour on a journey up the A9. Recovering from a knee injury, so not at full fitness by any means, and not wanting to do anything on tough terrain - Meall Dearg seemed like a good hill to get a decent walk without anything too knee jarring or twisting.

Parked at Amulree by the old hotel and set off at 1.30pm. 4 other cars in the layby or beside the hotel, but I didn't see anyone on Meall Dearg, so maybe they were off at the other 2 grahams. I'd had a look at walk reports for Meall Dearg and there seemed to be some variations on routes to take given the tracks on/around the hill, not all shown on my old-ish OS map, so I had a rough idea where I thought I might go, but nothing too prescriptive. At Amulree, taking the track between the farm and the water tank 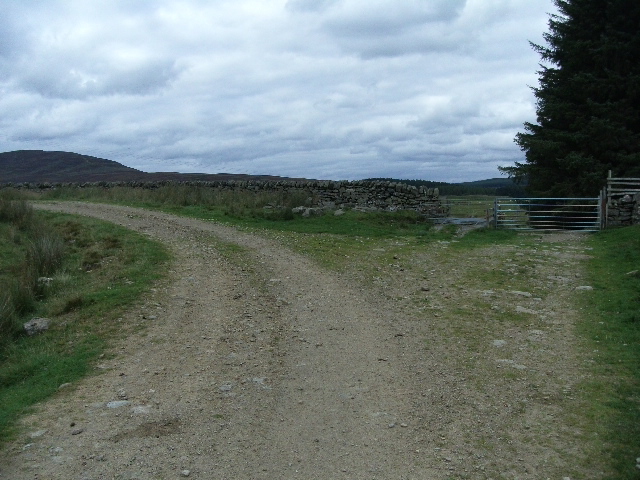 Track bends to the left (this where I came back down later) - for the outward route, I continued on here, through the gate next to the trees

From the hotel, it was back over the road bridge then up the track between the keeper's cottage and farm building. Past some static caravans and along to where the main track went up to the left (this is where I came back on my descent), but for now, I went straight ahead on the grassy track past the small copse of trees. This led down to the Glen Fender burn, crossed on a footbridge, then over a stile and past sheep up to the estate track. Quite a bit of buzzing audible on this section; discovered why when I came across the bee hives a little further along! Didn't loiter for too long taking photos, got through the bees without any stings and continued up the track. 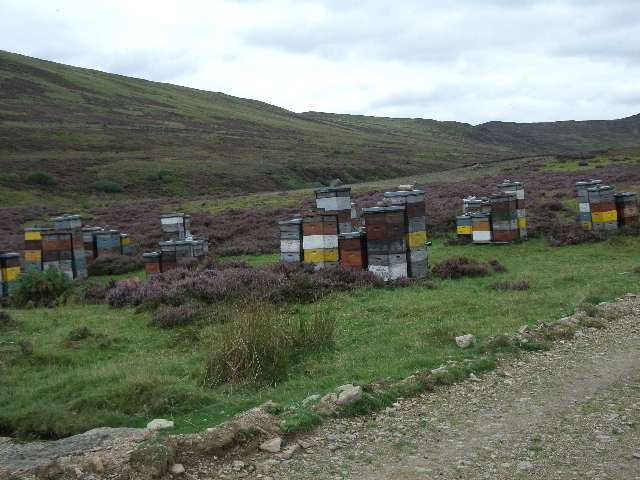 Lots of beehives (and bees!) right beside the track An audio file probably would have been more descriptive than a photo here ....the buzzing was pretty impressive...

My intention had been to take the track which I'd read branches off the main track going up the glen and going pretty much up to the top of Beinn Liath. With it not being shown on my map though, I took a vehicle track going off to the right too early (this one went at right angles to the main track, straight up the slope next to a stone wall). This track goes past some grouse butts then just stops. Ah well. The heather on this side of Beinn Liath is only ankle deep, so was easy to walk through and made it feel like a bit more of a hill walk than if I'd stuck to the track! Easy ascent to Beinn Liath, then as I continued a few metres further in the direction of Meall Dearg, I hit the estate track which had come up all the way to the top (from the other side of the glen on my descent route it was easy to see where I should have taken this track on my way up!). I followed the track over to just below Meall Dearg, then as it dropped down, I headed over some easy peat hags and up the steep heather slope to Meall Dearg's summit, marked by a trig point. Heading up Beinn Liath on the short heather terrain once the track had finished, this was the view looking back towards Amulree. Craig Hulich, my descent route is the nearby dark hill, the other Amulree grahams (Meall nan Caorach and Meall Reamhar) are beyond to the south. Large windfarm to the north east

Fastest descent route would have been back down that track, but the clouds were above the hills, visibility was good, and I was wanting to build up my fitness, so continued on a circular route. Headed down to the outflow burn of Loch Fender, crossed over and went up more steep heather, knee deep this time, over Creag an Loch and continuing towards Creag nan Gabhar. I contoured round the west side of Creag nan Gabhar then saw I wasn't far from another estate track, so joined that. I could have continued on that track all the way down towards Wester Kinloch, but I took a branch off to the left which goes round the north side of Craig Hulich and then down to rejoin my original route in. From there, I retraced my steps back past the farm to the car. 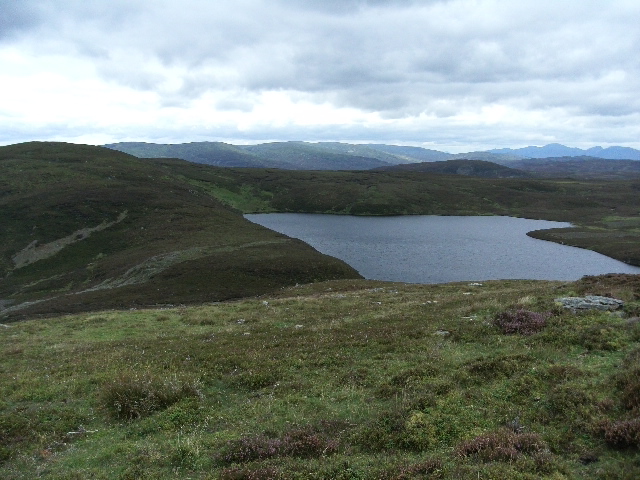 Heading down towards Loch Fender 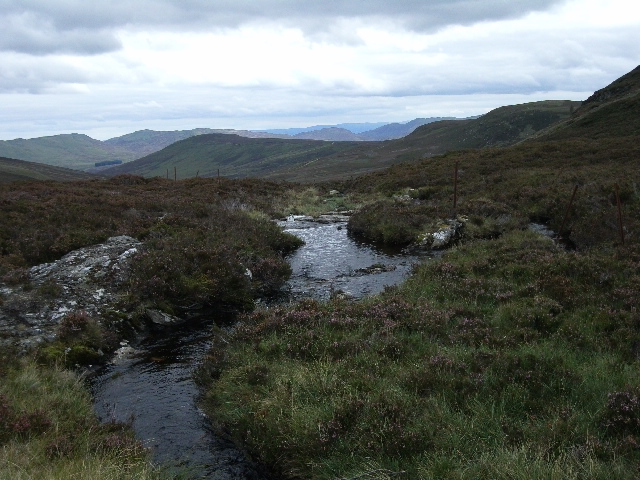 Outlet burn from the loch is easy to cross Top of Creag an Loch, view back to Meall Dearg A lonely gate below Creag an Loch ....no fence around, and no remnants of an old fence anywhere in sight ...just a random gate on it's own...! From the south side of the glen, I could see where I'd gone 'wrong' on my ascent - I'd taken the first track up Beinn Liath (on the right in this photo) which stops part way up. The next one further along the glen (on the left) is the one which goes all the way to the top of Beinn Liath and on towards Meall Dearg 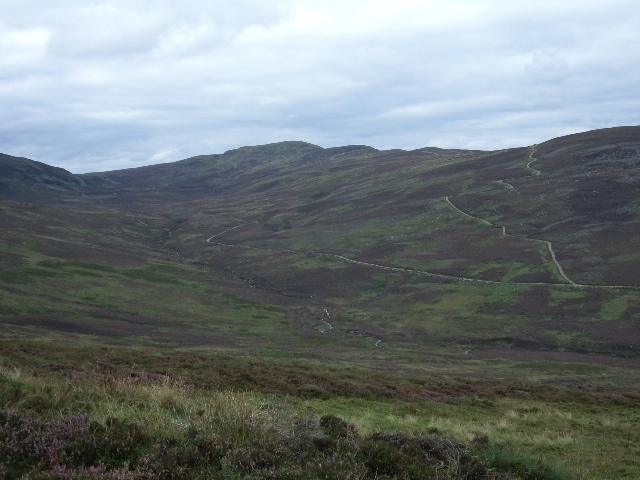 Looking back up Glen Fender; Meall Dearg is the peak in the centre of shot

An enjoyable walk, particularly as I haven't been able to get out in the hills much, so any hill walk feels good! A good option for wet weather days too, as most of the route can be done on good tracks.