Perhaps when almost everything you read says that a route is boggy, riddled with heather, tough and mainly pathless, you should draw the obvious conclusion from this? But somehow optimism always takes over and you think that it can't be quite that bad... maybe this one was.

our_route.gpx Open full screen  NB: Walkhighlands is not responsible for the accuracy of gpx files in users posts
The way up Carnedd y Filiast is fine really, a long and gradual climb on a decent track all the way. Not the most varied, and you wouldn't want to do it as a there-and-back, but nothing difficult (apart from the river fording, which - probably only after a wet spell - needed either a pretty testing daredevil leap or a knee-deep wade to get over; the photo below makes it look a lot easier than it was!) and some pleasant wide views - although especially to the east you might need to be a lover of endless acres of brown heather to really enjoy them... 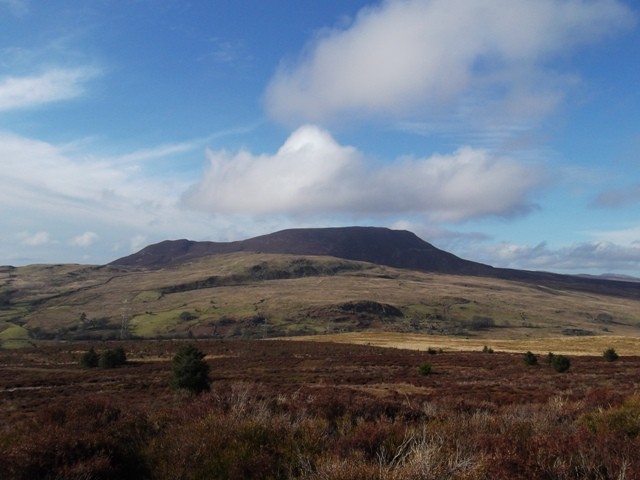 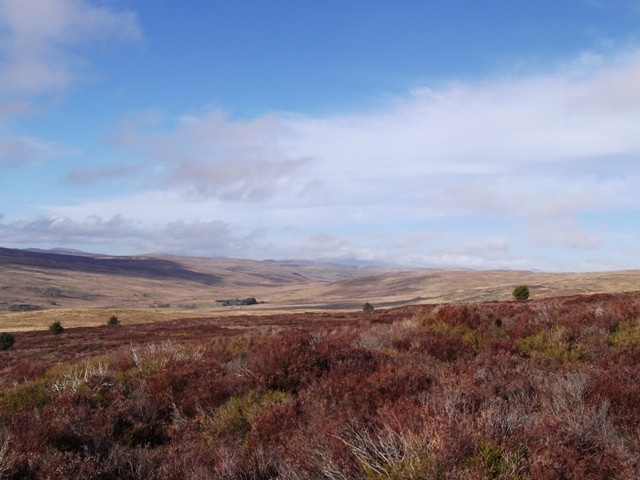 The miles between Carnedd y Filiast and Arenig Fach are something of a marshy struggle. It isn't the really frightening leg-swallowing sort of sticky bog, and at least the route is always clear, but there's barely a step that isn't wet and you spend almost all of this long, long stretch watching your next footfall. 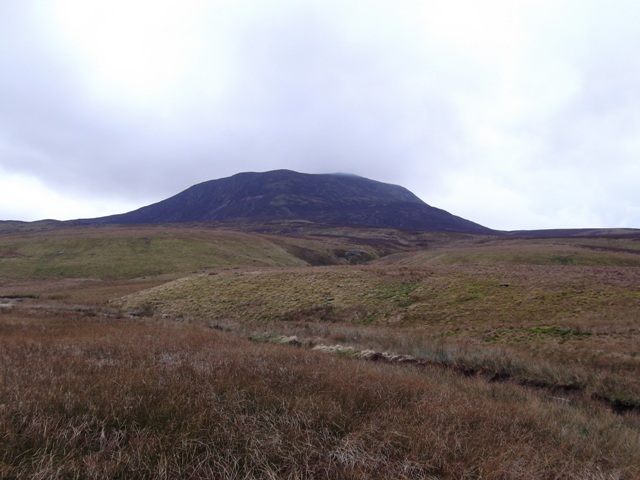 Arenig Fach itself looks an interesting rocky climb from the approach, and - in the upper stages, where you can pick up a nice zigzagging narrow path right up to the summit - it is, even through what was now a thick and claggy mist. The problem is getting there - there may be a secret to this, but if so it is a pretty well hidden one. From the Afon Gelyn, you have a stretch of ankle-deep marsh, followed by - and sometimes combined with - an hour or more of thrashing through pathless thick heather. Head for the vertical fence next to the lake and from the top of that you can follow the path, with the worst over, but it takes a very long while to get there! 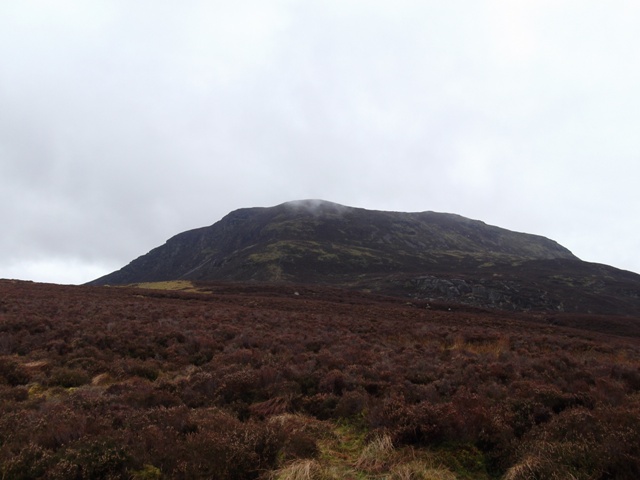 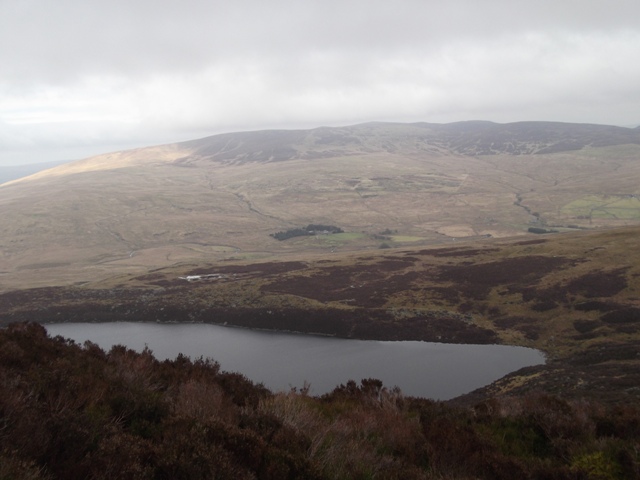 The descent straight east to the road is a challenge too at the end of a tiring walk, a steep drop through tangly heather, another long patch of marsh interspersed with surprisingly vertiginous little rocky descents, and then a confusing and still-steep route through some unpathed and possibly rather-too-private farmland. (Staying with the fence ESE all the way down to the rights of way might be a better choice).

Not the most inspiring of walks, perhaps, but it might have been a bit easier after a dry spell, or if you can uncover a better way to start the climb up Arenig Fach. And if you object to the crowds on Snowdon or the Pennine Way, then this might be just your thing - you could probably go round here fifty times on a February Wednesday and never see anyone else! There's still a great feeling of satisfaction from getting up these things, and it always beats a day at work, and a few days later you start to think that you perhaps just could do it all again...

Interesting report - never did get round to doing Carnedd y Ffiliast. I think the bog you have described so well probably put me off in the past. Since I've started Graham bashing I've come to appreciate this kind of stuff more, so I may get there eventually.

Enjoyed your report, thanks for posting. The solitude really appeals to me but

you have a stretch of ankle-deep marsh, followed by - and sometimes combined with - an hour or more of thrashing through pathless thick heather

kind of reduces my interest.....a lot

One of my favourites walk. Best done after a dry spell. Which of cause is very tricky to get with 3 reservoirs in the area. There not there for no good reason.

Great report, poppiesrara. As I said after one of your other reports, it's great to see photos and read an account of a walk that's on the 'to do' list - it gives you a great feel of what's to come. Althought having just read this report, I might try and leave these two peaks for a dry day ...