on Thursday the the 5th, with both myself and my mucker home from offshore, id decided i had to get out and up the hills to some degree. we both fancied a bit of winter wilderness, but being inexperienced, we decided not to venture too far from safety. the cairnwell munros seemed perfect, the weather forecast was good, apart from the high winds on the summits. we set out from aberdoom at 6;30 and arrived at glenshee for around 8. the snow was dinging down and we simply had to wait until it calmed. at around 9am it did just that. we followed the walk by the walkhighlands walkthrough, as i always do, except there were no paths, and any resembling paths were actually deep areas of powder snow ready to suck you in and humiliate you infront of the smug skiers and snowboarders who glided past us up aided by the lifts. at this point we convinced ourselves we were of supreme stock and ski lifts are for the lazy.pfft. an hour and a half of cursing ,skiers, powder snow ,wind, thatcher and what ever else we saw fit to moan about, we reached the peak of carn Aosda, with amazing views and equally amazing winds. we didnt spend long up top for fear of having our clothing blown off , so we headed off towards Carn a'Gheoidh, it soon became apparent that we wouldnt be bagging this munro, the wind and visibility were poor and we wernt confident enough to venture into it, instead we slugged on to the summit of the cairnwell, not the best summit, but with snow capped hills for as far as i could see, the cold war era radar outcrop didnt spoil the views.ish. we headed down as the crow flies and home safely. great day in all. me trying to look the part at the top looking towards the cairnwell 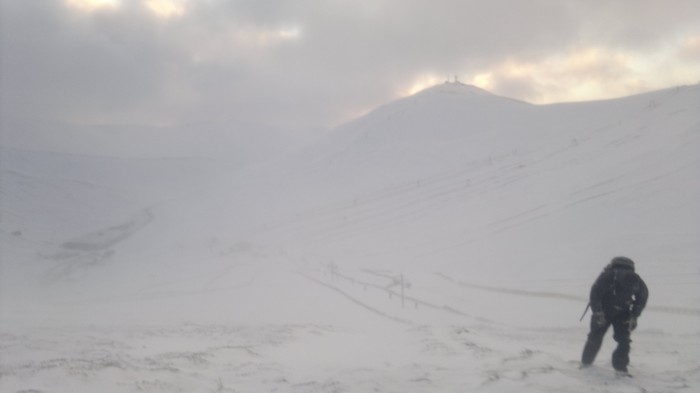 the outlook was grim to begin with Seems as if that was a great choice to get your hand in given those conditions - very well done in persevering. It looks great!

Yeah you do look the part!

Photos do justice to the weather, love the battle shown in 'clearing up'(!) and the amount of rime ice on the fenceposts.

. I'm not sure if the photo with crampons attached is how you wore them, if so i think they may be strapped wrongly. I think the crampon strap should come across the front of the boot at the bottom of the tongue, i'd check the diagram that came with the crampons to make sure.

cheers folks, just figured out how to upload pics, so no doubt il be reporting on trips to the shops and all now.

.
as for the crampons, il look again at how to put them on, i merely threw them on as best as i thought for photo purposes. cant wait to actually use them. two brilliant days on the hills, im itching to get out again, the weather says rain on sunday tho.

I'll put a photo up of mine tomorrow to give you an idea if you like, i just mine are on the right way

that would be more helpful than the instructions iv got. cheers.

Winter Cairnwell reports always make me wish we'd hadn't bagged these in the summer - they look so much better covered in the white stuff.

SMRussell wrote:Winter Cairnwell reports always make me wish we'd hadn't bagged these in the summer - they look so much better covered in the white stuff.

you'll just have to go back

Here is my crampons attached to the boots, i hope this helps and secondly i hope mine are on the correct way

I have worn them on a few occasions and never had any problems. Good effort Tony. Looks challenging - but its good to have a nice challenge ever now & then

Johnny Corbett wrote:Here is my crampons attached to the boots, i hope this helps

Yes i see that Alastair, i notice the New Matic has the higher heel section to stop the boot slipping out hence no requirement for strap to go round the front. Cheers 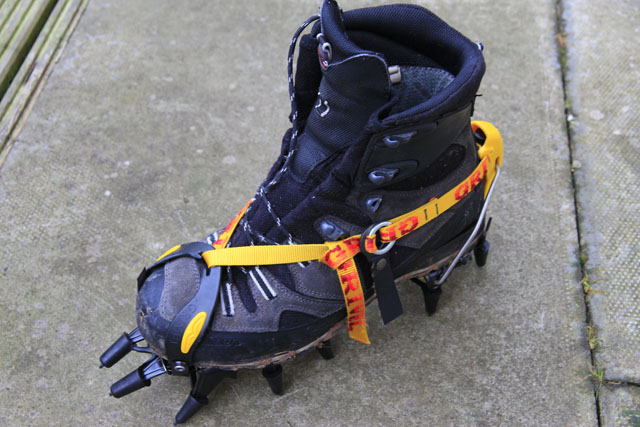 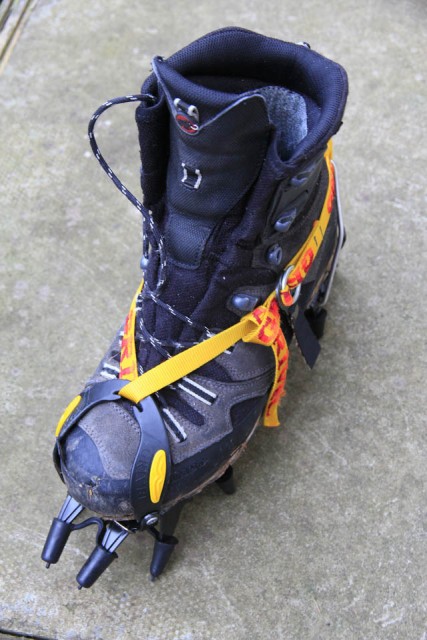 Looks like Tony has got it right - the half hitch is just to keep the end of the strap out off the way. I took a few inches off my strap when I got them.

cheers anyway folks, appreciate the time taken to go and take pics and load them etc. the one thing about the crampons is there abit much excess strap, could do with a trim.
anyway, uploading some other pics from the other day off my mates camera phone, some absolute belters. 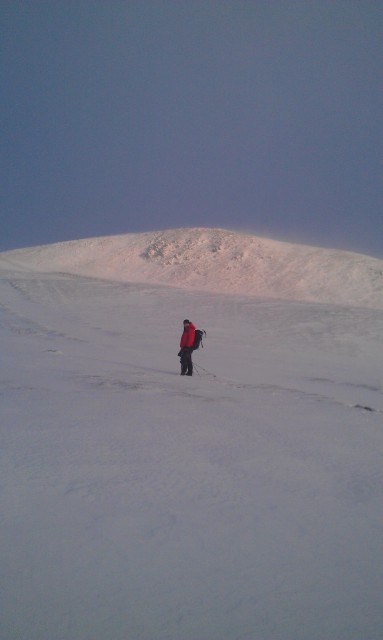 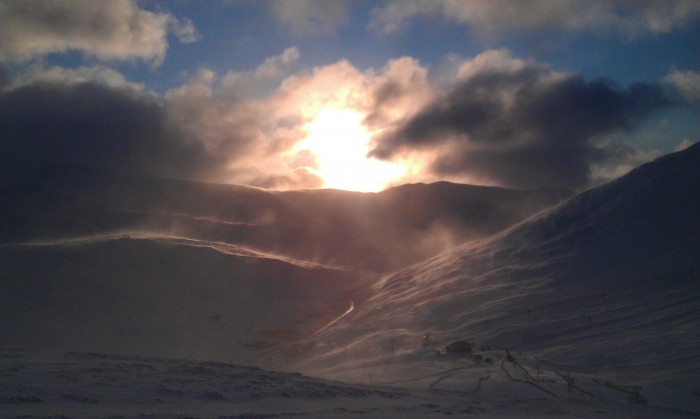 I've got same crampons and boots and you were right first time, the New matic simply has one strap which goes through the front bale and into the locking clip, nothing goes over the tongue area.

It can be worth cutting the spare strap a little, making sure you have enough to be able to loop it in when first doing up, as it does need tucking out the way. That said I havn't cut mine yet !

having used mine in anger I can confirm they are a great fit and feel secure and easy to do up with one hand !

That last picture is a belter