First walk on the hills of the year, and the weather report was giving good news for a wee change. Fine and dry with plenty of sunshine.

I was on this hill two years ago with the wife and daughter who were not equipped for winter, so I never got to top. This time there was nothing to stop me.

My two brothers and I set off at around 9:30 at an easy pace (Both Delberto and myself recently recovered from colds.)
The fact that there are many paths and possible wrong turns at the beginning did confuse us to be honest but we sorted that out after a quick glance at the map (I was the only one with a map) 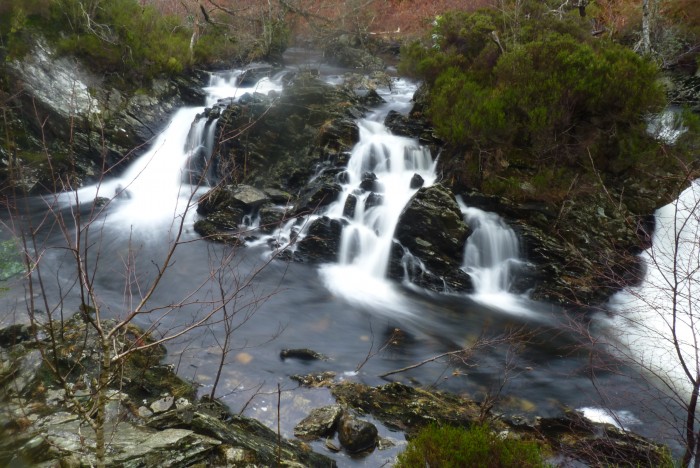 The waterfall that the bridge goes over.

Anyway after crossing the wee bridge over the waterfall we made good progress but the fallen trees were sometimes a hindrance to progress. I don't know who's responsible for clearing fallen trees, but they sure have a lot of work to do after the recent storms. There are many trees down blocking the path and minor detours were needed. Good luck with that. 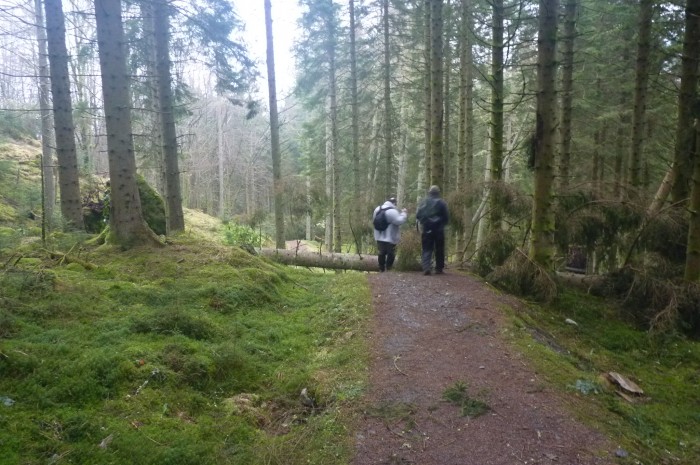 Trees in the way

Once out of the woods the boggy section was just as boggy as I remembered. Delberto had a slip on the mud and fell smashing his arm onto a large rock. Lickily is was just badly bruised and we could carry on but he did think he'd broken it at first. Both del and I slipped at this same point on the way down, just after I asked " have we passed slippy rock yet?" talk about kiss of death

At the top of the glen there is a wee waterfall and eventually a massive pile of rocks gathered into what could loosely be called a cairn. 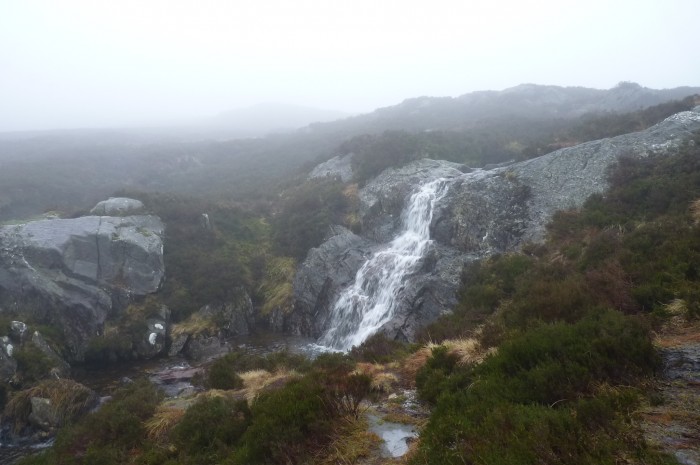 Small waterfall at top of glen.

Taking a right here heads to the summit, and the path was starting to get progressively icier and small pockets of lying snow had to be crossed. I decided to try out my new "snow trax" microspike thingies. These turned out to be very useful and gave excellent traction on the ice. They simply slip over the soles of the boot and Rubber bands keep them on. I wouldn't want to trust my life to these things but they did exactly what it says on the tin. Even when walking on bare rock or earth they offer good grip and you hardly notice you are wearing them. In fact I failed to notice when one came off. Luckily Del was behind me and spotted it.

We reached the summit at about quarter to 1 and then moved off to the true summit and got there about 15 minutes later. I get the impression that most people don't go to the other summit - Why is that? 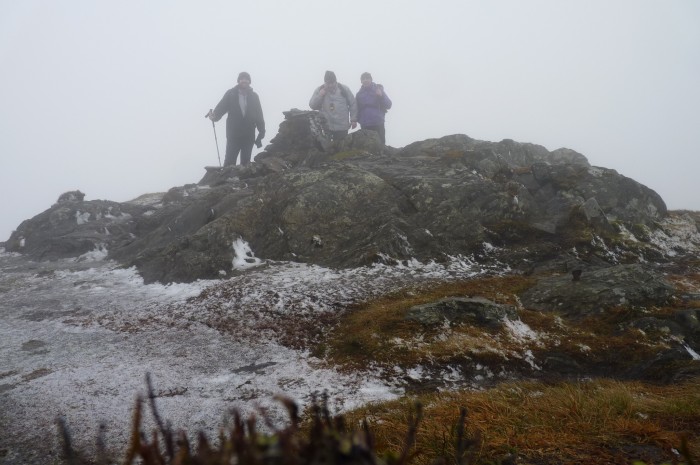 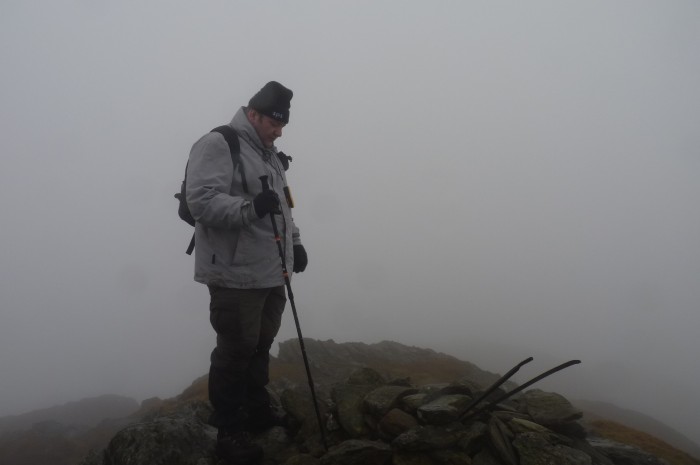 Del at Summit 2 - the true summit

We got back to the car at about quarter to 4 and we had a great day out in the hills.

Shame the weather forecasters got it so wrong - not one second of blue sky until I returned home to sunny East Kilbride.

see you in 2 weeks for another wander up the grey rainy mountains....