Unfinished Business -Beinn nan Oighreag (and Meall Ghaordie)
[youtube]http://www.youtube.com/watch?v=ZLqtrlr8C2w&context=C35d43ecADOEgsToPDskJPg72bywFFvSfApUFpms_r[/youtube]
A couple of months ago we headed up these hills hoping to bag a Corbett and a munro, however time was not on our side and we did not make the summit of the Corbett.

So here I was a morning spare and a Corbett to bag. The weather report was great – sunshine above the inversion with the top of the cloud being between 500-900 metres. The height of Beinn nan Oighreag was 909m so I was confident of getting spectacular views. I was also hoping for a nice sunrise as I had been up very early and left the car in Glen Lochy by 6.30 am in the dark. There was a little fog but it was hard to tell how much in the dark.

As I reached the sheilings dawn was well underway and it was not looking good – no pink sunrises or pretty pictures. There was a layer of fog in Glen Lochay but also a layer of cloud which started about 650m. I had my doubts as to whether the Corbett summit would puncture this. 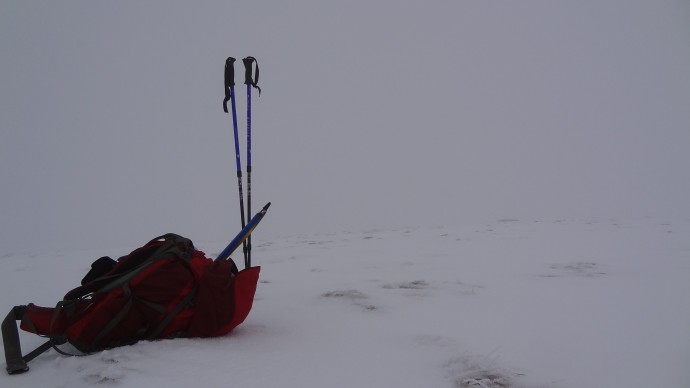 I trudged up and reach the summit ridge where thing looked promising. A few pockets of blue skie were coming into view not too far above my head as the cloud whisped past. At this point I was hoping that the summit was still a few hundred metres up as that would definetly puncture the cloud. However it was not to be and the summit was in the cloud. Reached there at 9ish. I hung around hoping for the cloud to drop however it didn’t and I set back down.

As I descended out of the cloud things were looking brighter and more bright spots appearing so I made the decision to traverse round to Meall Ghaordies SE ridge and hopefully hit the tourist path. 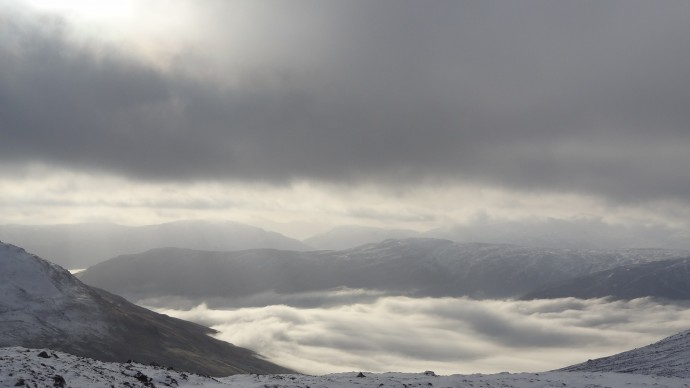 promising signs on way down

It was a bit of a trudge put I was eventually on the tracks on the snow made by the weekend walkers. On reaching the top of the Munro there was still cloud whisping over the top and I was disappointed. However 5 mins later the views opened up and I got some great footage including some brocken spectres. Great feeling. I hung around for about 45mins. 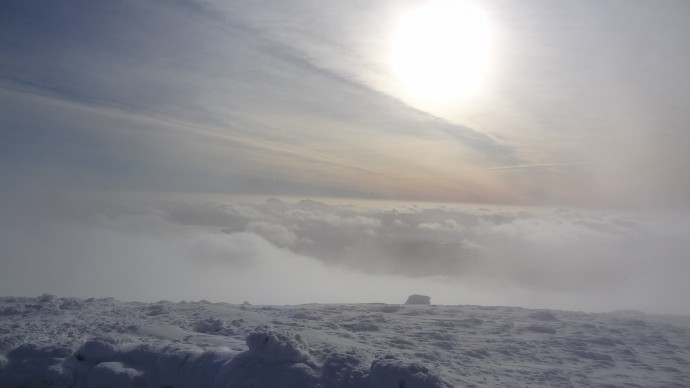 finally above the cloud looking south toward Ben Vorlich 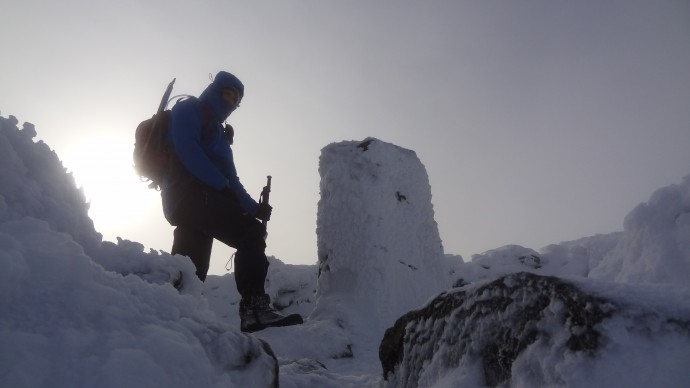 On the way down I met one party of three heading for the summit., By the time they got there the cloud was lifting off all surrounding summits…… Was back at car for 13.30. 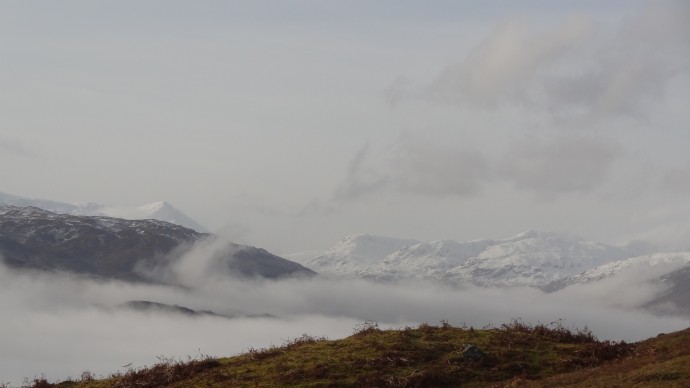 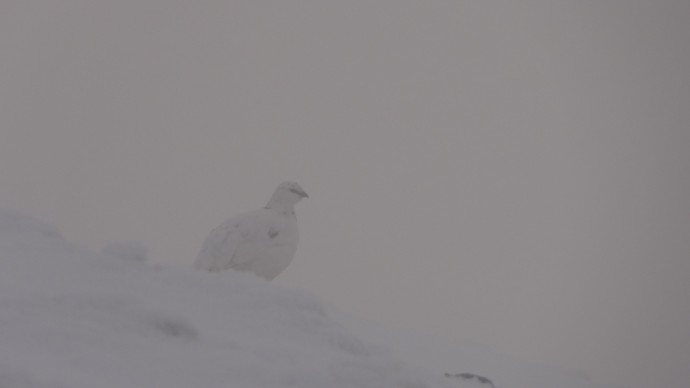 There should be a way to submit these sort of reports to one of main tv channels, they could have an hourly programme once a week made up pf the photos and vids with no idiot talking over the top, just the recorded sound.
Fantastic report

My friend that is a superbly edited bit of footage which a) makes me need to up my postings game and b) allows me to see what the heck Meall Ghaordie looks like. I did a boring straight up and down in near white out last year. You win some, you lose some. You have certainly won with this day out.