Beinn an Dothaidh - A Return to West Gully

Beinn an Dothaidh - A Return to West Gully


A great day on Beinn An Dothaidh with outstanding views on top:)
[youtube]http://www.youtube.com/watch?v=OKxZZTHhK6w&feature=plcp&context=C3cf89c8UDOEgsToPDskL4M7uA6sZPX-jYNc3qA6zK[/youtube]

Had planned on another technical route going for Taxus, however on closer insepection the ice had not formed properly and was mainly ice from the previous day. So we headed for West Gully. lower down in gully

Initially the gully did not look in however the snow and Neve turned out to be fantastic and we soloed up the gully having a great time. 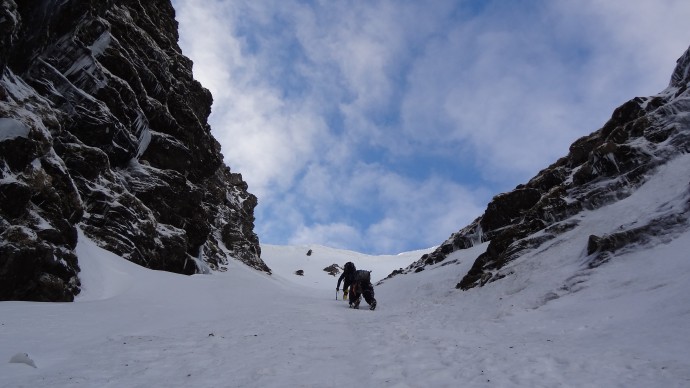 The weather was good as well and once we had finished the route the views of central and southern highlands were excellent. Could even see the distant cairngorms in the sun throug and beyond Loch Ericht. Cracking visibility today. you guys are mental

One word, WOW!! Stunning, magic, brilliant! OK, that's more than one word but that's top stuff. You are mental, by the way, but loved watching that

Was doing a bit of exploration here with Sandy Trees not long after he did the Taxus route....we descended west gully but in different conditions from what you guys found at the exit....good solid looking neve there

Sandy, a very fine gentlemanly academic type of person, explained why they named their route as Taxus. Combination of the two names Trees and Ewing.....giving the Yew tree latin name for such a combination. I fairly sure that Sandy became a vet after studying.

nice report and video, you seemed to be having a great time playing about in the gully, managed glovers chimney on the ben yesterday, started bright enough but the clag came in and couldnt see nothing from the summit, feeling a bit leg weary now.

What a great video!!!

I wish i had the guts to try that, Maybe if there was someone at the top steadying me with a rope

Well done for making it look easy, and fun 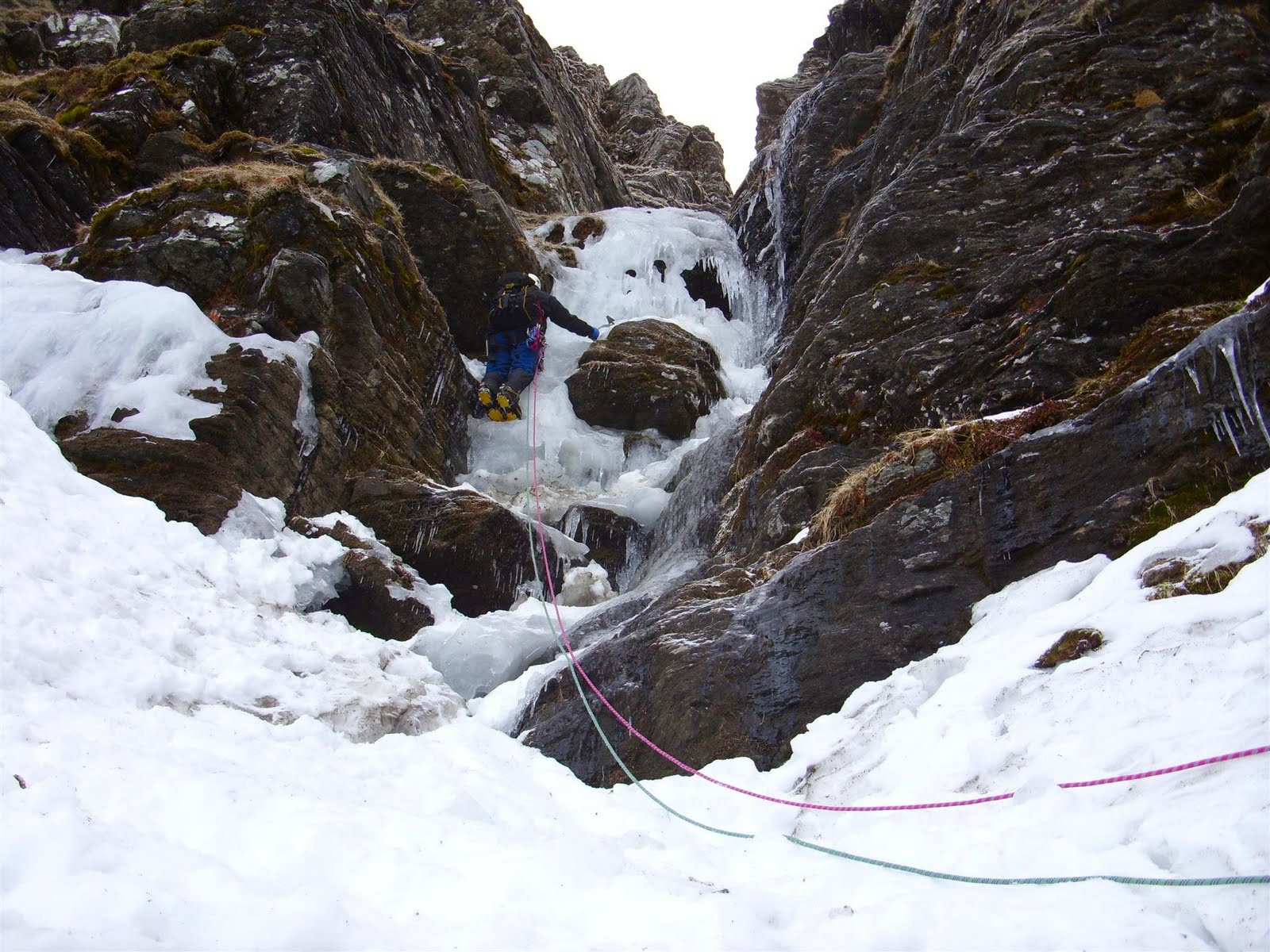 Everywhere was pretty lean though including West Gully. 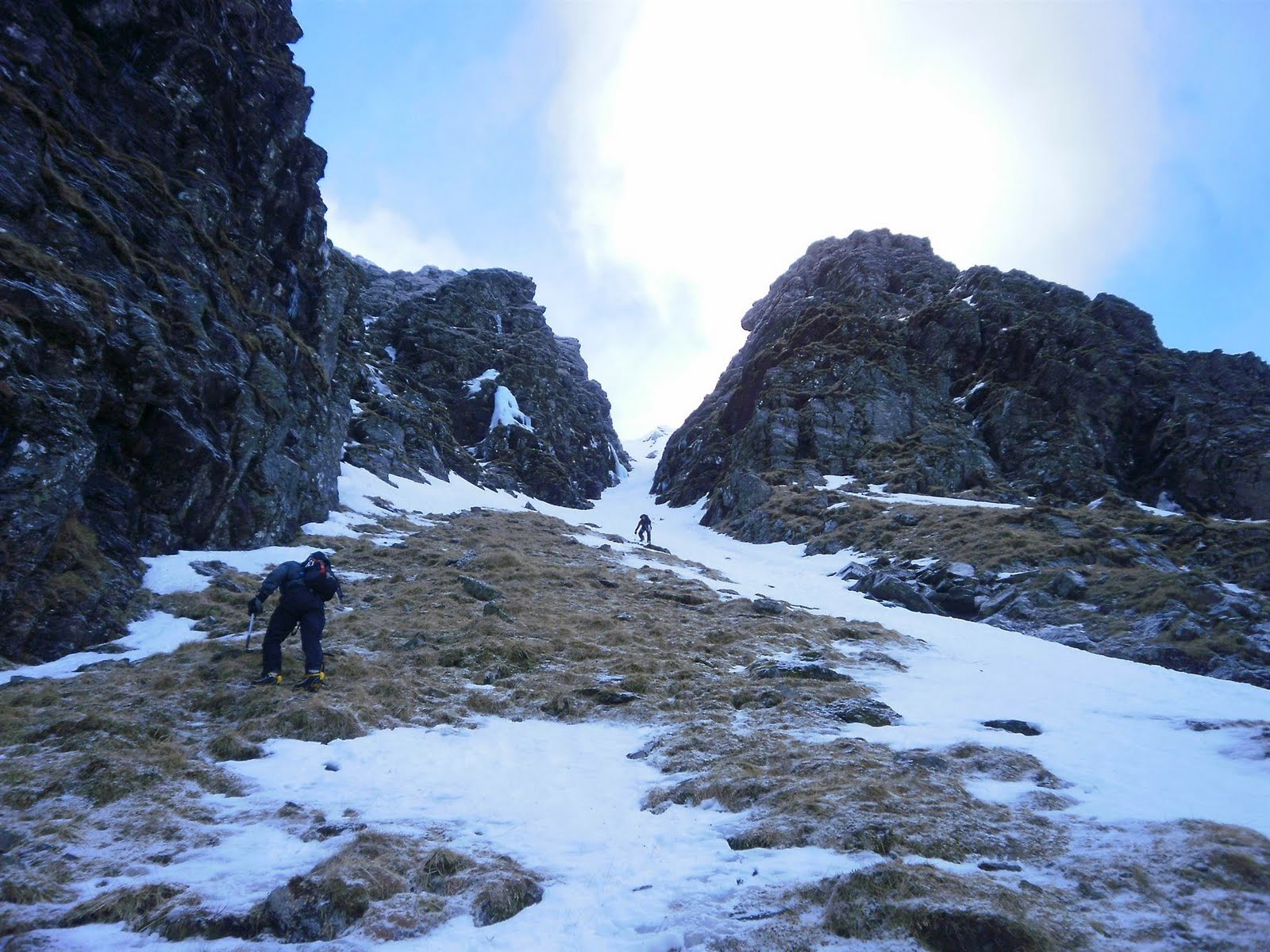 Brilliant, loved the video, you guys made it look easy

What a brilliant report and video! This video has given me a real idea of how exciting but knee disintegratingly scary I would find this - petrified just watching.. but I want to DO IT! Well done guys, absolutely flamin AWESOME!

Thanks for all the comments, I really enjoy doing the videos as an addition to the photos and report- will try and do some more if I can get out anytime soon!!

(Even better with the sound muted!)