A fortnight since the last outing and its off to the Lakes again, I'd considered going to Wasdale to get Haycock and others, but the thought of a three hour car journey both ways put me off, so it was 'The Northern Fells' that beckoned, only Jim and Lassie the faithful hound, this time. I'd been twice, late last year and on both occasions Skiddaw via Bakestall (very windy) and Carrock Fell to Great Calva via others(very windy and very WET!!) The weather wasn't great. MWIS looked ok ish but still low cloud. So this was the route.

our_route.gpx Open full screen  NB: Walkhighlands is not responsible for the accuracy of gpx files in users posts
We arrived in Mungrisdale about 9ish and to our surprise encountered the RAF Mountain Rescue Team on exercise using the village hall as a base. We parked '£2 in the box in the end of the Hall wall' and kitted up. 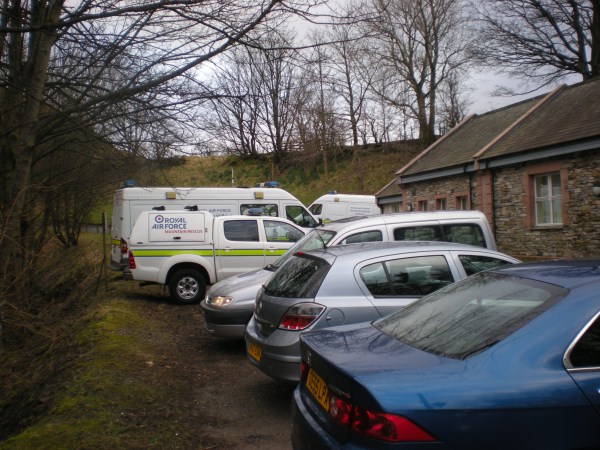 As we got ready chatted to two of the team off up Blencathra and then set off for the path to the left of The Tongue to take us on to Bowscale Fell. 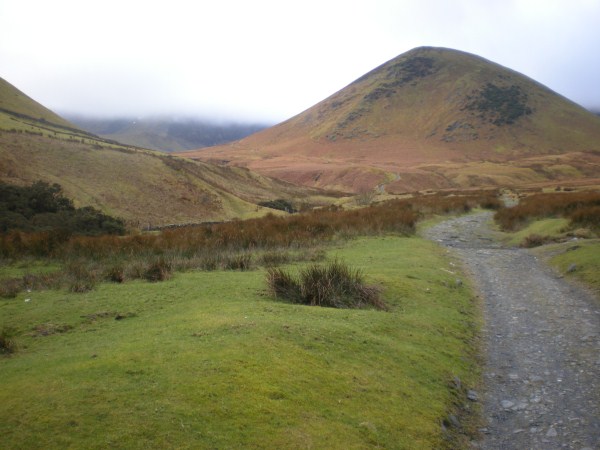 The Tongue with path to the left

We met a local at the gate walking his dog who was complaining about the rubbish he had found (empty beer tin on the path!) then asked us where we were going, a brief outline given and he said the forecast was not too good, when I replied that 'its not bad' he said 'you should live here!' and wished us a good day. I'd love to live there but the house prices are way out of my league!! 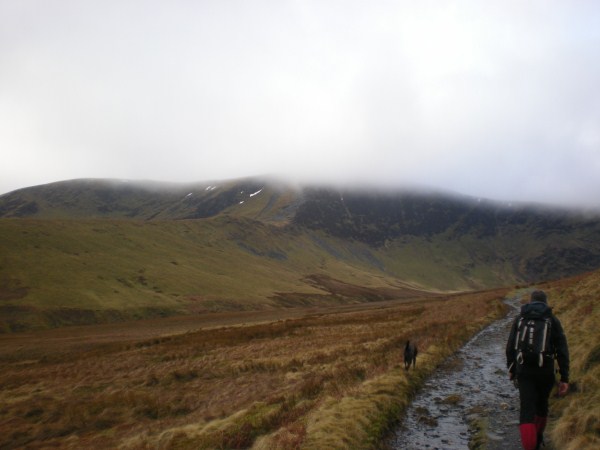 The Path with Jim and Lassie

As you can see the path was very good indeed and we made quick time to the top of Bowscale Fell I'd chosen this route because AW says it is 'the easiest route to any summit over 2000' in Lakeland' (Northern Fells 1962) he's not wrong and I loved it! 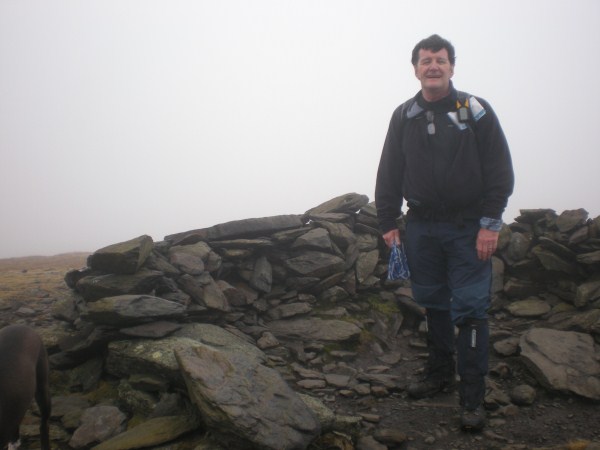 me, happy on Bowscale Fell

We didn't hang around and headed off for the next hill, Mungrisdale Common. We saw two female fell runners and decided to follow them for a bit as I thought I recognised the way, Jim on the other hand checked his GPS and we promptly turned 90 degrees right and headed in the right direction, with Jim remarking that my compass seemed to be unduly influenced by the magnetic effect of women!
Jim was right and we ascended slowly and splashingly up towards the summit. AW describes this hill's natural attractions
'of a type that appeals only to sheep' (Northern Fells 1962) and fifty years later even the sheep seem to have given up as they were noticeable by their absence. 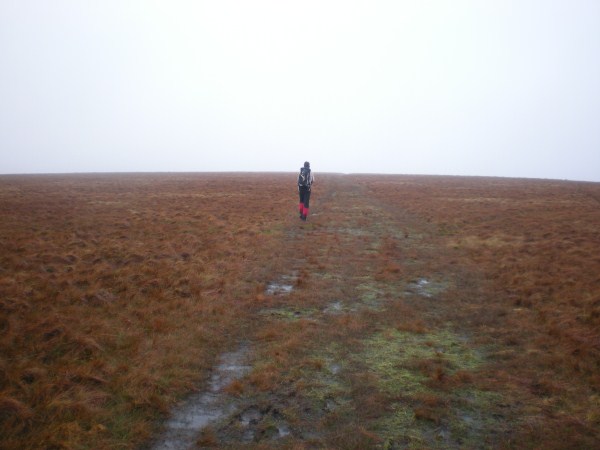 The summit was a) totally underwhelming, b) misty & c) very wet! 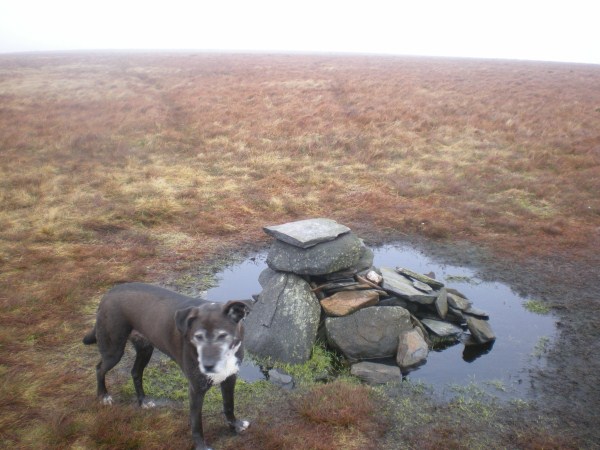 Summit of Mungrisdale Common and Lassie


We met another couple who were bagging it to complete the Northern Fells and Lassie met their very bedraggled and cold Yorkshire Terrier. Pleasantries exchanged we headed back to the col between Blencathra and Bannerdale Crags. On route Lassie contrived to cross a boggy bit and went up to her neck in a pond, destroying our faith in her ability to remain dry whilst we waded and giving us a good laugh at her expense. Well, we had to laugh at something as we could see b****r all!
On to Bannerdale Crags and a stop for lunch, the cairn despite being very small was very comfortable being made of biggish bits of Skiddaw Slate which made good seats. 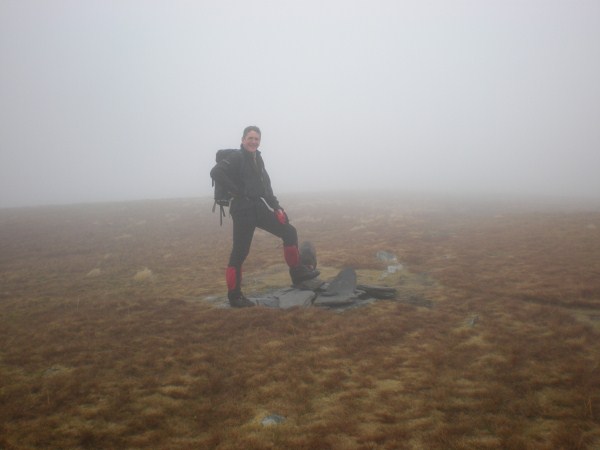 Jim trying to be an intrepid explorer on Bannerdale Crags

After lunch and consulting the map we headed for the footbridge over the Glenderamackin and as we descended out of the clag had a clear view of the path to Souther Fell and the Fell itself. 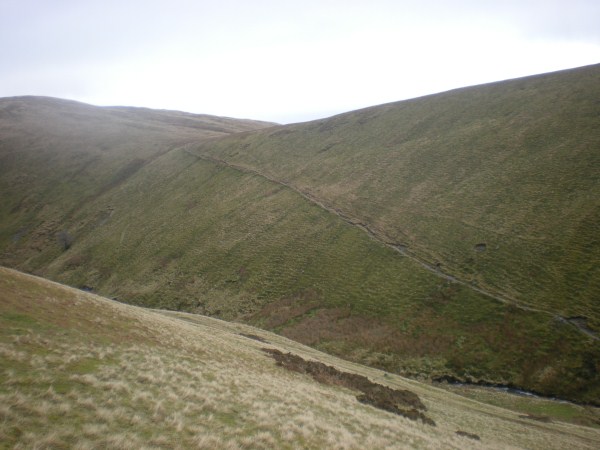 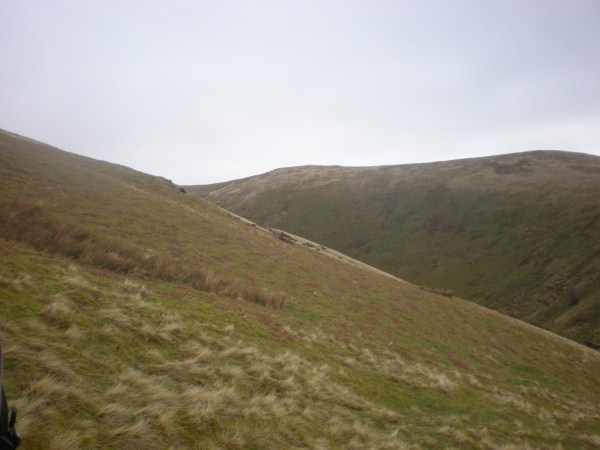 We made our way down to the footbridge and off up the clear path to a big cairn with an excellent seat before reaching the summit without any difficulty. We examined the 'Hang Gliding Point' on the OS map and decided it was a good one, but not for us. Then followed the ridge, surprisingly steep in parts down to a wall with a sign informing us that the obvious way ahead was 'private land'. So like the good law abiding citizens we were, turned right and followed the wall till we reached a road turned left and made our way into the Mill Inn. 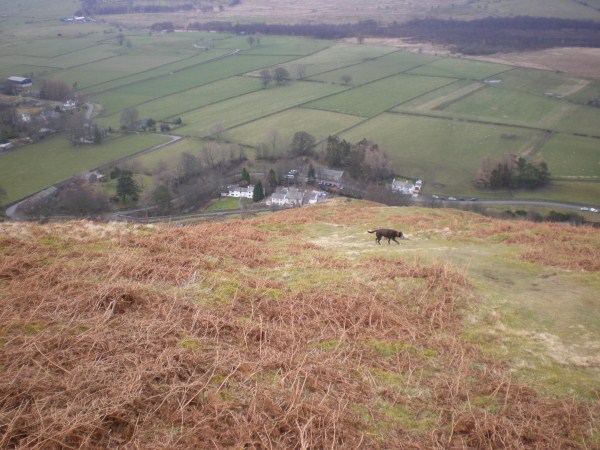 The way down: 'I can see my car from here its the red one'.

The landlady told us that the owner of the fields refuses to allow any access and has been known to confront trespassers, even following them to their cars to point out the error of their ways. YOU HAVE BEEN WARNED!
The beer in the Mill Inn is excellent, but watch the doors as you leave, my head is still aching.

Re: Appeals only to Sheep!

Great report Dave, you may not have had the best weather condition but you did have a day in the lakes