Meall Ghaordaidh and some bluebells

Meall Ghaordaidh and some bluebells


Meall Ghaordaidh had been my Munro No.24 back on a driech day in 1999, whilst staying with the clan in Fortingall.

Now I was looking for a relatively friendly hill to reintroduce Mrs. Ranger back to the mountains after a couple of years off during which 10 month old Ranger junior had entered the world. He was in the care of my family whilst we had a leisurely day on the hill.

Heading off from Newburgh (fife) after 9am, starting the walk late in the morning, and ambling up and down taking our time, it was a refreshing change from the long, demanding days I'd been accustomed to whilst tackling West Highlands Munros from distant Aberdeen. Relaxing Munros..... Bluebell woods near Comrie on the drive through 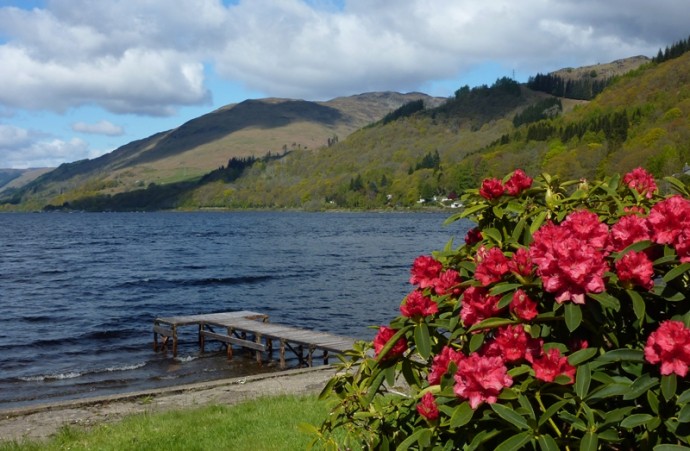 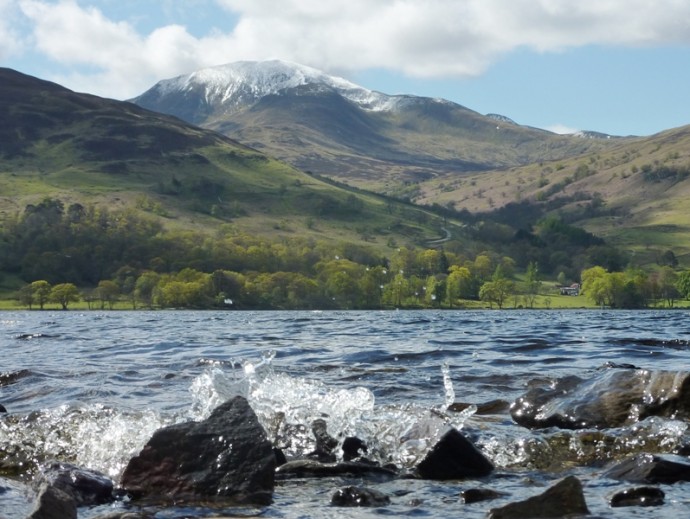 Was on my stomach to get this 'waves crashing' shot!

The weather started fine, with the fluffy white clouds getting plumper and eventually squally showers blowing in from the west. Two ice axes were taken, for ballast as much as anything else

, but the snow was wet and mushy by the time we got up there. 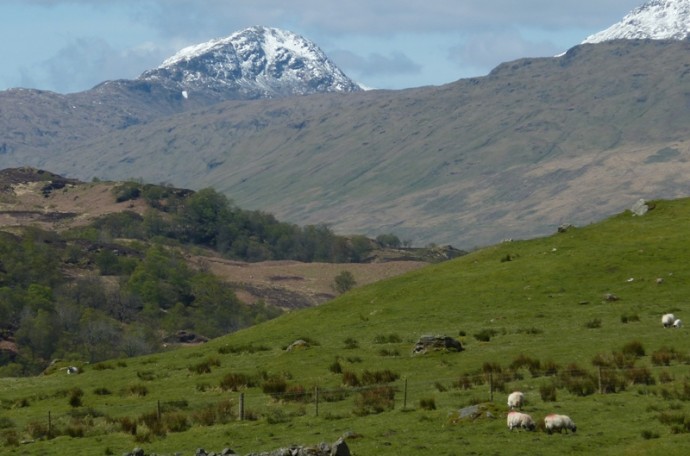 Creag Mhor seen along Glen Lochay from the path 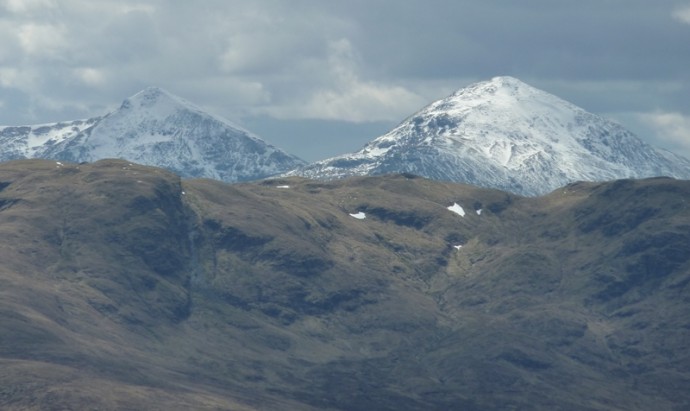 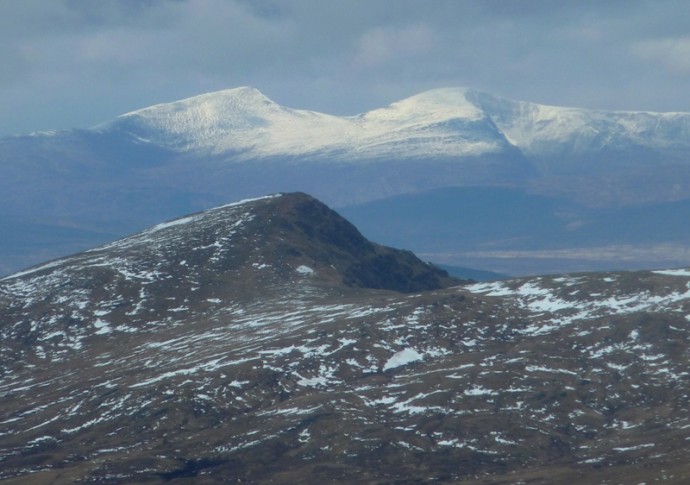 We followed a path up but found it was taking us to far to the right, and I recalled getting a bit lost back in '99, climbing into the mists and traversing too far to the east of the summit, becoming disoriented before heading up the east ridge to the top. No excuse for the same mistake again, we cut across to the left at the rocky steepening to find a more well defined route through the small crags. Views to the Ben Alder, Cairngorms fantastic, the Nevis range concealed in shower clouds this time - maybe one for a third visit 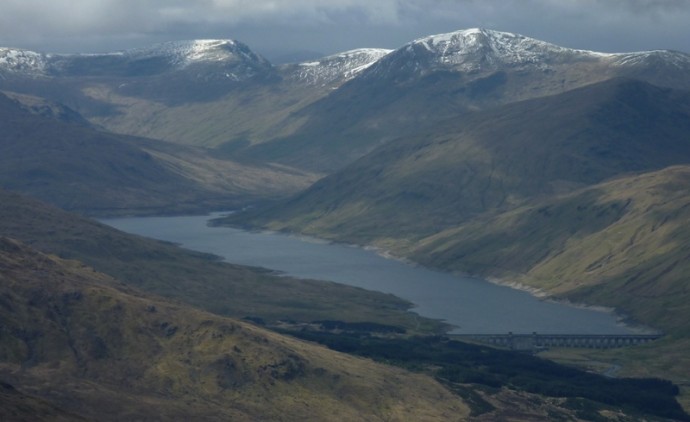 Loch Lyon to Bridge of Orchy Munros from the summit Shower in front of Ben Challum Good to read this report. Was up doing hills to the west, then to the east of here on separate occasions last week. Have got this one earmarked for an evening hike maybe in the next week or so.

Love the pic of the water on the rocks, well worth the discomfort to get.

electricfly wrote:Good to read this report. Was up doing hills to the west, then to the east of here on separate occasions last week. Have got this one earmarked for an evening hike maybe in the next week or so.

Love the pic of the water on the rocks, well worth the discomfort to get.

Cheers, maybe I shouldnt have given away the secret, I suppose if you think it was taken at chest height the perspective would suggest the wave was 3 foot high

Save this one for a clear day, as the views are phenomenal

Thanks, for some reason decent bluebell pics have escaped me - I think i've managed one or two in 10 years or so

Slammed on the breaks when I saw them from the road and u-turned to nip back and take a few. Glad I did

Saturday really was a great day to be on the hills (unlike this saturday, according to early MWIS predictions). Some really fantastic photos, you'll have to enter that "waves crashing" shot in next months photo competition - bound to be up there

So different from the absaling of big scary rocks in Skye on your recent reports.