Parked up beside Loch Eigheach at 10.15, it was a late start as Jimmy wanted a long lie, probably too much lager the night before

Joining myself and Jimmy on this walk was Kim and Jimmys 3rd wife Mo. Kim calls it bootcamp when she walks with us as she feels the pace is too quick, though i feel Kim copes with it quite well as her fitness is good for the amount of times she gets out

. The pace is all down to Jimmy though as he sets it with the prize of 10 cans of lager waiting in his fridge his inspiration.
Now to the walk, we took the track as far as the bridge, crossing it and following the track to where another one branched off to the right. We took this one but it soon ended, then we started to climb up to Sron Leachd a' Chaorainn. Once up and on the ridge we reached a path that we followed all the way to Carn Dearg. We reached the summit in just under 3 hours, took some photos then descende slighlty to a sheltered spot for some lunch. After lunch we carried on to Sgor Gaibhre over Mam Ban, this part taking about 1 hour. From the Munro to the Corbett it was straight forward enough as we headed along the ridge to the Corbett Meall na Meoig, taking around 1 hour to the summit. It was on this section of the walk that Mo found a crampon, which thanks to this site i am in the process of returning it to it's grateful owner. Once we reached the Corbett we decided to add on the Sub 2k Sron Smeur and made our way through the 2 tops of Beinn Pharlagain towards Sron Smeur, taking 1hr 30 mins to get there. There is no summit cairn on Sron Smeur, just three boulders around the summit. From the Sub we contoured round the south of Meall na Mucarach to pick up the track back to the car. We arrived back at the car 8hrs 15mins after setting off, allowing Jimmy to be back in Killin for half 7 with his beloved cans of Tenants 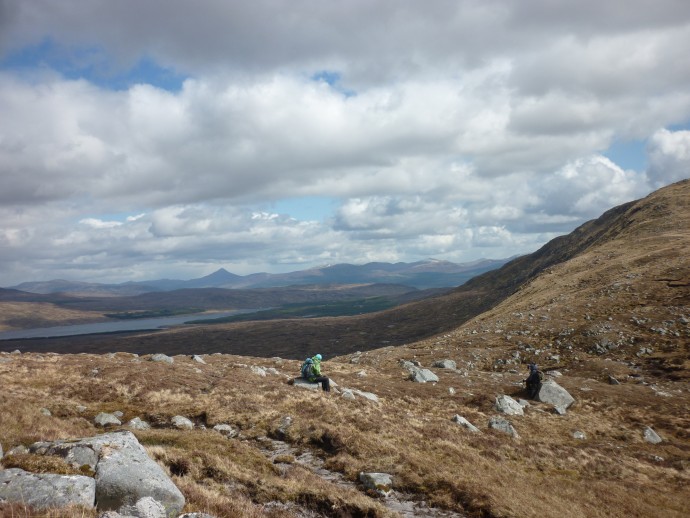 Having a break before the Corbett 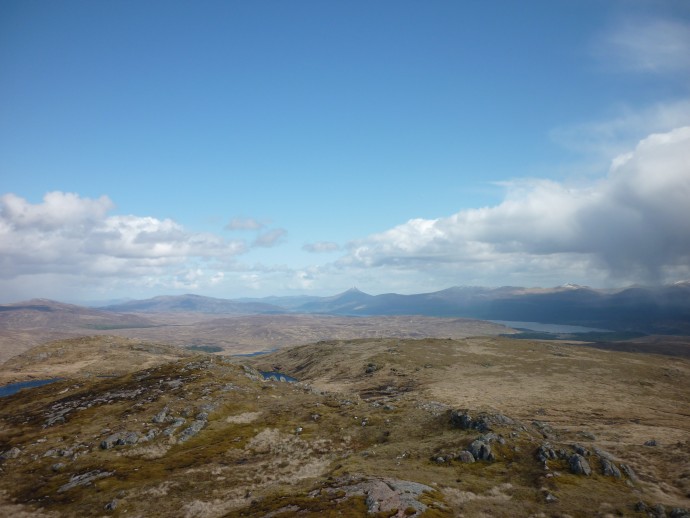 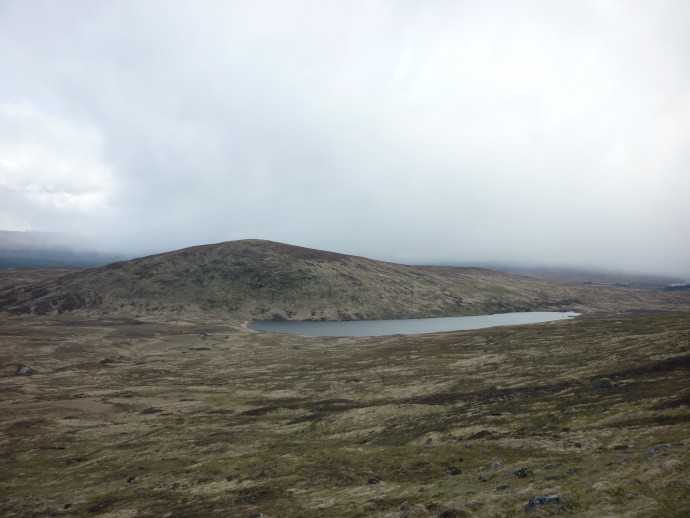 Very similar to my route from last year. But something is different! What could it be??? Hmmm, can't quite put my finger on it ........

well done. Im surprised you managed all those hills without the real expedition leader to lead the way! Does Jimmy drink?

A great wander JC with lovely photos along the way, nice to see a dusting of snow on the distant hills. Took me a minute to realise you didn't climb Marilyn Munros Corbett....in fact I didn't even know she had one