This trip very nearly went down the pan; flushed away in a flurry of sanitary uncertainty.

The plumber was due at nine. An easy job, straightforward; old cistern out, new cistern in. I could even be away by ten. “Less than an hour” soon became two, then approached two and a half. Is it going to be worth getting away? Yes; light nights and all that.

Then I failed to factor in midday traffic on the A82. So, it was 2.15pm when I finally left the car park at the Lawers Hotel. Still, light nights and all that, and the tent’s in the back of the car.

With plenty of prompts on the path to avoid Machuim, the trail up through the mixed woodland could be enjoyed, apart from one ungainly limbo to negotiate something that could loosely be described as a gate. “That’ll be fun on the way back” I thought. 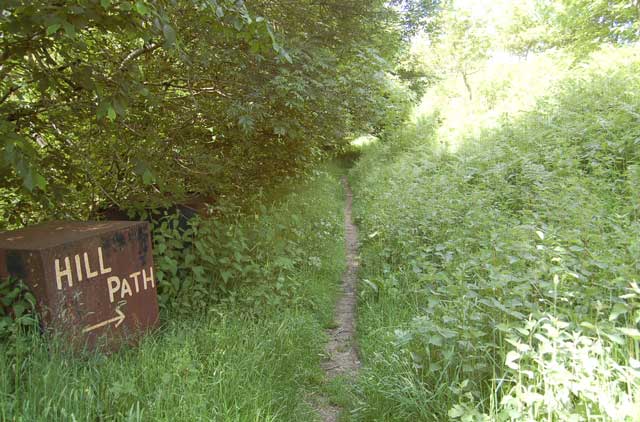 Meall Greigh from exit of woodlands

The Lawers Burn accompanied the next part of the walk as height was gained and the top of Meall Greigh increasingly dominated the prospect ahead. Once leaving the comfort of the burn, the open hillside above was soon crossed. Well, I’d like to say that was true, but it patently obviously wasn’t.

A veil can be drawn over what could briefly be described as a brutal trudge upwards. The vestige of a track here and the vague line of a path there were laced together and finally the shoulder of the south east ridge was reached and the expansive views beyond enjoyed as the final slopes eased. If there is a clear track up from the Lawers Burn that might have made life easier, then I missed it by striking upwards too soon.

Still, two hours from the car (quicker than it takes to swap the innards of a new toilet cistern with the clapped out innards of the old one because the new carcase didn’t fit) was a surprising reduction in the “book time” and, from the views ahead, the enjoyment of the afternoon was about to begin. 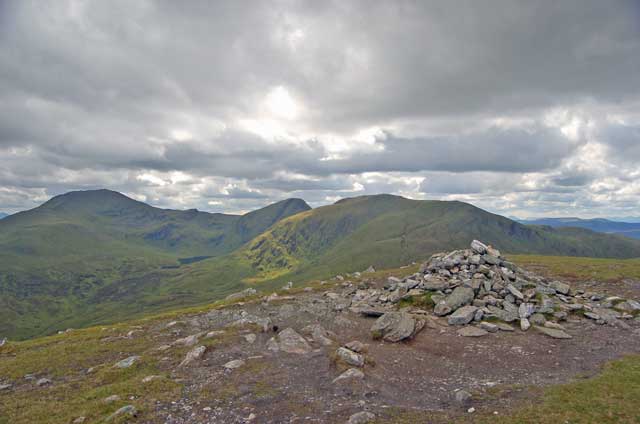 From Meall Greigh legs were stretched and relaxed while crossing to the Lairig Innein on a pleasant high level walk. A quick short pull up the immediate slopes above meant that the ridge of Meall Garbh was soon gained and another relaxing high level wander to the pair of tops enjoyed. MWIS had predicted a 70% chance of cloud-free Munros when I’d last checked: from this spectacular vantage point there can have been very few tops across the whole country that didn’t share such a view. Seventy minutes from top to top kept me inside the “book time” so I was confident that it wouldn’t be too late an evening to cope with the descent.

Meall Garbh tops looking over to An Stuc 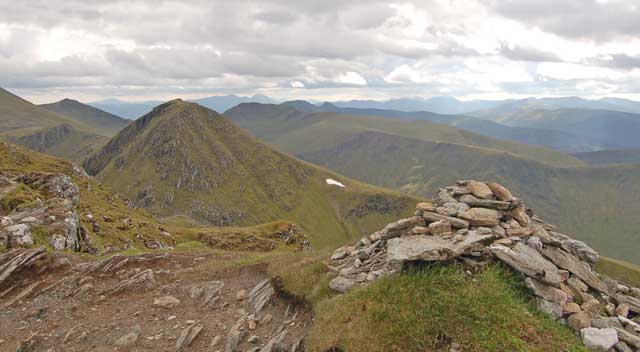 A tight and twisting descent from Meall Garbh had to be negotiated carefully to the back drop of the craggily cluttered cone of An Stuc. The scramble back upwards to gain the final Munro of the day was, let’s say, “involving.” Steep and not always solid, the summit was reached with a certain degree of relief after half an hour of very hands-on scrambling. When you need to focus and concentrate to such a degree, at least it blots out how tired you’re feeling. 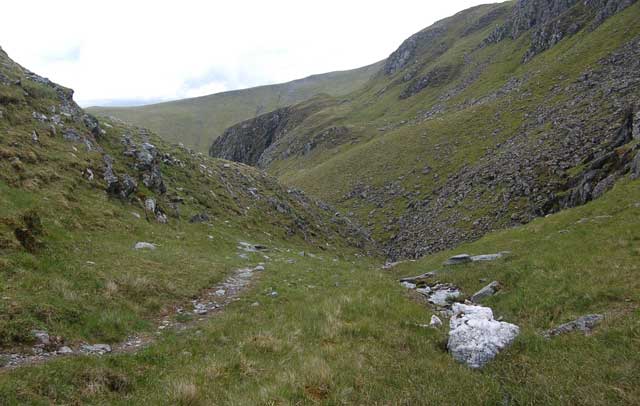 White quartz marks the way down from Bealach Dubh

It was now gone six and Ben Lawers beyond still bristled with visitors. The descent to Bealach Duhb was equally tight and twisting as the drop from Meall Garbh but thankfully was not as precipitous as the ascent of An Stuc. A large quartz boulder in the burn below the bealach marked the route round to the drop down to Lochan nan Cat. One guide recommends passing this on its north side; maybe my wet feet at the end of the next stage of the walk resulted from taking a series of vague lines along its southern shore before reaching the dam further downstream. 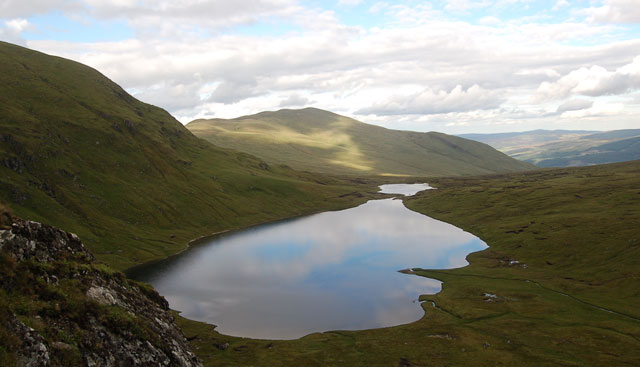 Once on the firmer track below the dam the remaining difficulty should have been the limbo under the gate on the woodland path. However, on reaching the footbridge over the Lawers Burn, another staggeringly steep ascent was required. Tired legs saw the single step up to the bridge as being worse than any found on An Stuc. Fortunately the burn was low enough to expose stepping stones that meant I didn’t need to check the GPS reading to measure the additional height that would have been added to the day’s gain by clambering up.

Track down to Lawers Burn below dam A step too far at the Lawers Burn footbridge

The car was reached at eight, by which time I’d also decided to succumb to the temptation of buying a meal at the hotel rather than cooking something up when my tent was pitched. It would be a more fitting and leisurely end to what had, in the end, turned out to be a successful day.

Nice one OD, bit of a late start but bet you're glad you went. Great views you got.
I'm looking forward to these in about two weeks

I managed to do two of these in clag and abandoned An Stuc, cos I couldt see it