After last months highlights on Skye, we returned further south this month and decided to tackle the three at the Grey Corries. Andrew had these to do (as did I!) but JC, who is now onto his second round had hoped to take in all 4 (Andrew and I did Sgurr Choinnich Mor last January from teh Glen Nevis side).

I stayed at the caravan near Killin and met up with the boys on the A85 at Ben More Farm and jumped into their car for the trip up. We had Andrew, myself, JC and his lad Scott who at 13 has now done 33 hills. Not bad going!

We took the road up past Corriechoille farm and parked up at a layby next to a locked gate. The walk in to the Lairig Leacach was very pleasant and upon reaching the bothy we stopped for a brew and a quick refuel before climbing the straightforward enough Stob Ban. Had to laugh when my missus said "why is Andrew dressed as a minister"! To be fair she was looking at the picture on the camera which was small 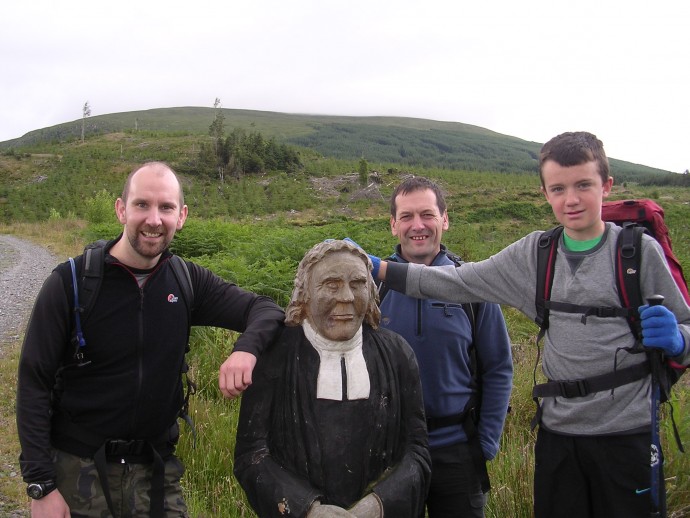 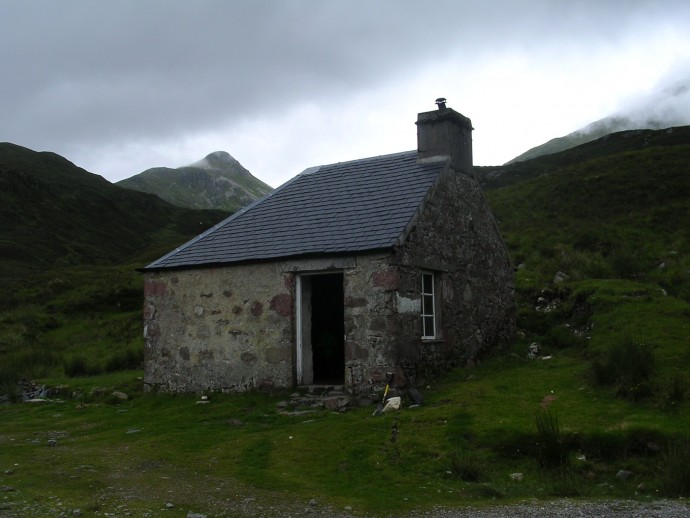 The Bothy with Stob Ban lurking behind At the top of Stob Ban It was still warm enough for short sleeves although the wind was starting to pick up a bit by now.

A careful descent is required down to the bealach between Stob Ban and Stob Choire Claurigh as there is lots of loose scree on the path down. The troops marching on..... At the top of Stob Choire Claurigh After continuing our walk it was a very pleasant ridge walk between Claurigh and Stob Coire an Laoigh although visability was down at this point which was very unfortunate as I would guess the views would be spectacular! Taking a breather between SCC and SCaL At Stob Coire an Laoigh and getting a bit colder now. After completing our third of the day our intention now was to head for Stob Coire Easain for our descent back to the car but we must have missed the path and descended too far on very loose scree (headed for Sgur Choinnich Mor) so as time was against us and a little bit of fatigue, we decided to head back up and find the path, which we did and headed back to the car. Long walk out through a very wet sheep trail but this took us straight back to the car so that was a bonus!

what a shame no views. where is andrew doing his last munro?

mrssanta wrote:what a shame no views. where is andrew doing his last munro?

Andrew's last hill will also be his arch nemisis - Am Basteir on Skye. He has 2 on Skye which we have scheduled in for October so weather permitting!