In honour of the new Angus section I thought I would post my first walk report about my trip up Mt Keen on Sunday. Photos aren't great as I had to use the phone but hopefully will give you a flavour

Drove up from Dundee with clear blue skies all around Angus until I hit Edzell and the clouds began to gather around Glen Esk but still pleasant enough when I got to the car park at Auchronie for a 9am start. Although the walk to Mount Keen from Glen Tanar in the North is the more scenic route, Glen Mark is not without its charms. Despite the first mile or two being a very gentle walk over a well kept path I did feel like I was walking into very remote, dark glen although this may have been the aforementioned clouds. As I began the easy ascent I managed to convince myself the relatively short and undemanding route would make a great Munro for beginners or those with young families, and probably in the summer it would but I was soon to get a reminder that the hills in winter can change in character so quickly. As I admired the view back down Glen Mark to Glen Esk I had no idea that in the space of 30 minutes and around 200m in height that this would turn to this !! 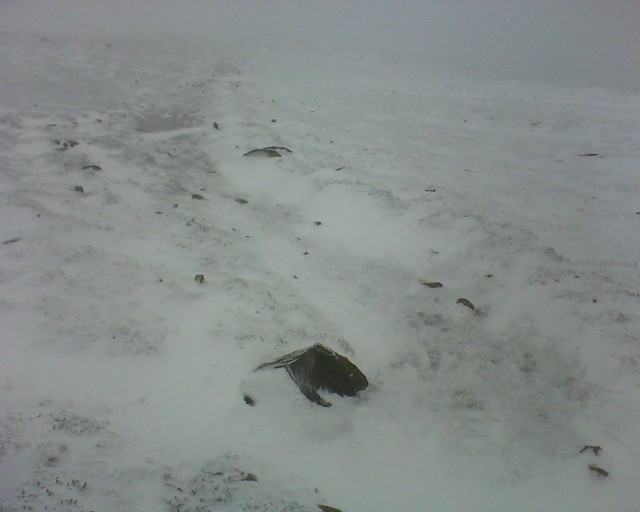 Up on the path to the summit the wind an snow really began to kick in and the wind chill was something else. However it was still a relatively easy walk up to the summit even if I did have to stop now and again to make sure I was still on the path, although I do not think losing the path up here would be a disaster.

Reached the summit around 2 hours after leaving the car in truly freezing wind now and struggling to stand still to take a photo by the trig point, although it was a welcome bit of excitement after an otherwise sedate walk. 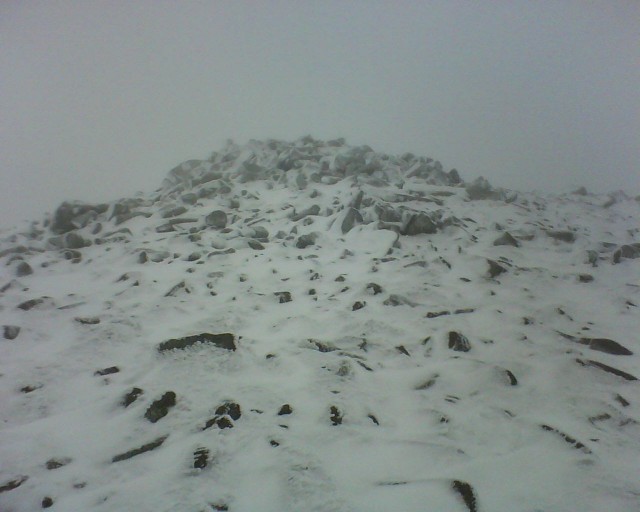 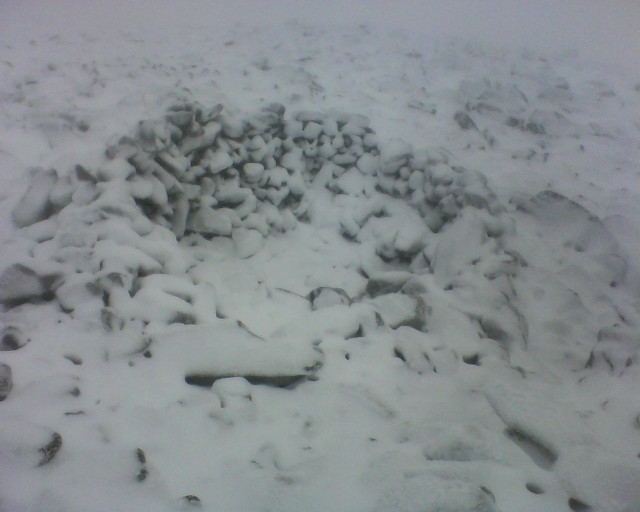 Snow sheltering from the wind on trig

Descended the same way, due to the fact this walk is a lot more about distance than height it is pretty much the same time taken for the return journey. Without the excitement of a hill to climb the walk back through Glen Mark is a little tedious compared to the journey in but you are soon back at the start.

All in all a really enjoyable little walk for a winters day with daylight at a premium and I will definitely go back again to try and get some views from the summit (remember them?).

Great report on an underrated route to a much underrated Munro! A fairly benign hill, but the walk up to Glenmark is excellent.

Amazing what difference the snow makes up there... Nice first report there.This was my 1st munro last year. i have done it twice now in reasonable weather. But the third time i tried it, i think march 09 got only nearly halfway up ( deep snow drifts ) i was also ill prepared and had no option but to turn back as the going was far to tough for me back then. i would like to think i have a wee bit more experience now. Hopefully!!

(Brings back a few memories from years back when I did Mount Keen myself. )

Yes, good first report. I like the snow crystals on the trig point

You mean Balnamoon's Cave, the one round the Glen from Mount Keen? Yeah that cave, i tried but failed to find it . It's what you would call well hidden.

Any clues where this cave might be then, must admit i had never heard anything about it

there is a rough guide on the o/s map, no clear directions tho.

There's a pic of the entrance to the cave on wikipedia: