My plan for the day was to walk down Glen Ey from Inveray and climb Carn Bhac & Beinn Lutharn Mhor however the MWIS forecast for the day put me off as the prediction was for 50mph winds later in the day along with snow showers and taking into account wind chill, temperatures dropping to -20.

So, a hill with a short walk in and off the hill by midday was the new plan and Ben Gulabin seemed to fit the bill. This is a hill I've driven past so many times, it is just to the north of Spittal of Glenshee and when travelling from the south it looks like it should have good views.

I arrived at the starting point, a layby just to the north of the Spittal just as dawn broke and as I got myself ready there was the eerie sound of rutting deer somewhere in the distance. 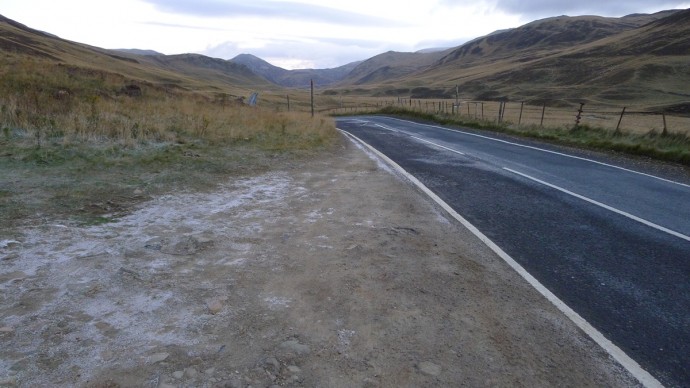 Looking towards The Cairnwell at dawn

From the parking area you immediately start the climb, quickly leaving the roadside behind and the track affords good views north following the road up through Glenshee.

Heading round the north east side of Ben Gulabin and to the south of Creagan Bheithe my OS map shows the track coming to an abrupt end so it was a surprise to see this ugly bulldozed track heading straight up Ben Gulabin. 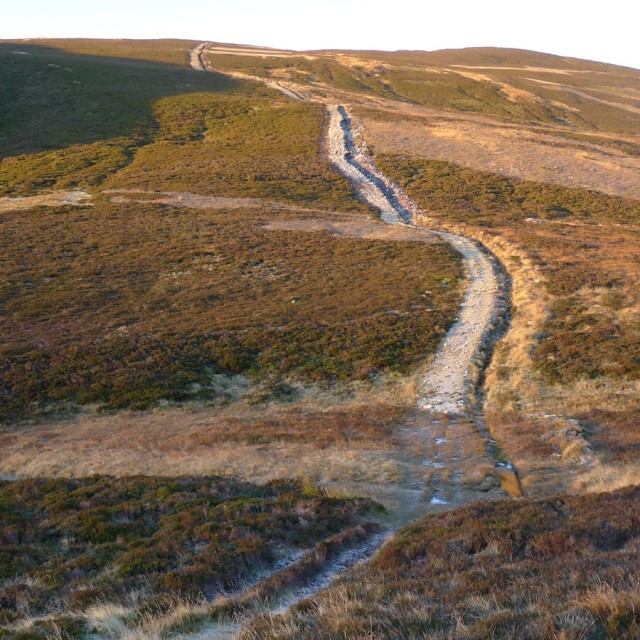 As the photo shows, the climb is steep but it's a fairly quick climb and in about 55 minutes I'm on the summit. A few metres below the summit and about 200 metres to the south east there seemed to be a good view point so I headed down to see what was what.

This is the view looking up towards The Cairnwell with the sun still to rise high enough to hit the glen floor. Looking towards The Cairnwell and Glas Maol The view to the South West Ben Gulabin is only 806 metres high but even at this height the top felt really exposed with a strong wind blowing the odd snow flake past at a fair old speed. It wasn't a day for hanging about so after a few minutes I headed back down the track. 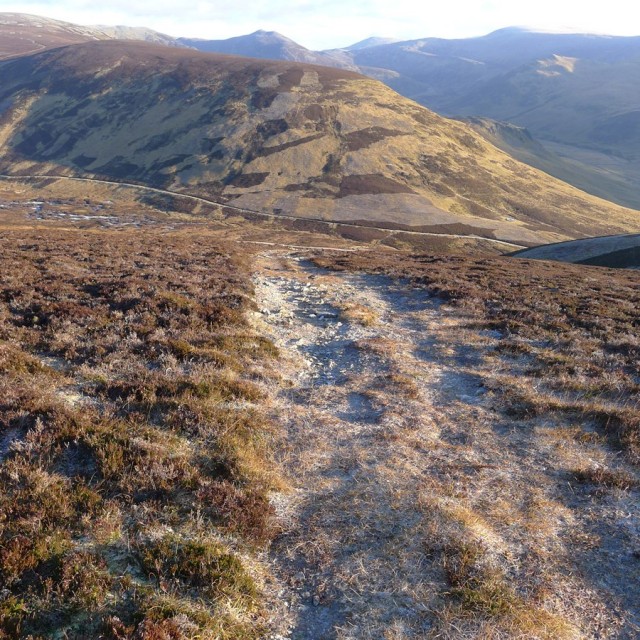 Once back down at the junction of tracks at around 600 metres it seemed a bit soon to be heading back for the car so I took the track heading north to see where it went. I'm glad I did as a mile further up the track I was treated to the sight of a large herd of red deer sunning themselves on the sheltered south facing slope of Creag Lamhaich.

A further wander still sticking to the non existent track on my OS I finished up at the top of Carn Mor and again there were really good views in all directions. From Carn Mor it's a straight forward walk back down the track to the roadside starting point. This is a view of the track looking back between Ben Gulabin and Creagan Bheithe. 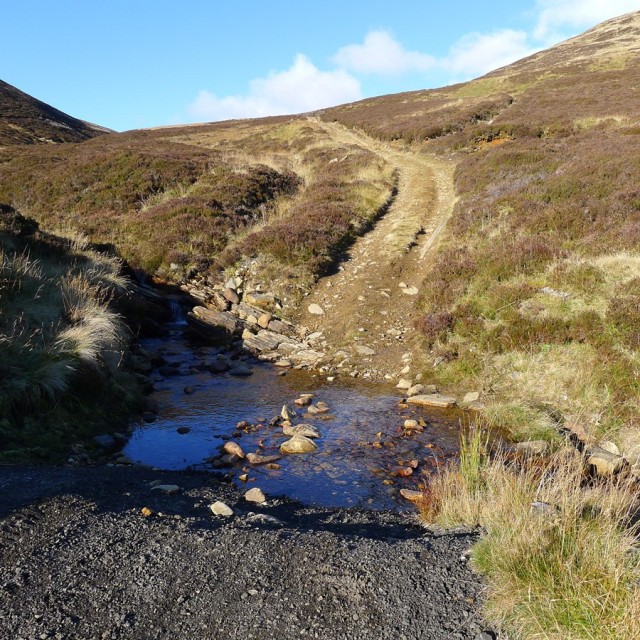 Nearly back at the car - one last shot looking up the glen towards The Cairnwell. 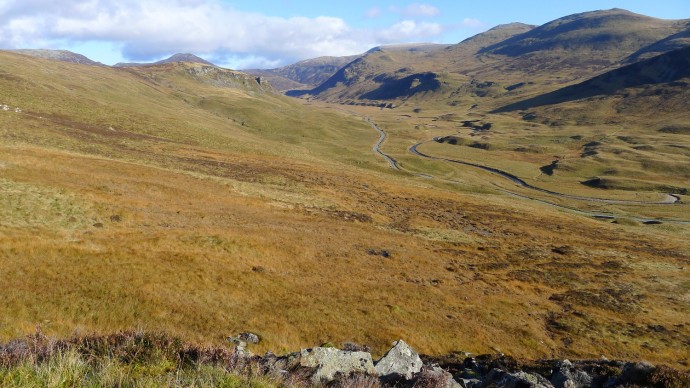 To do Ben Gulabin in isolation would probably only take a couple of hours so this is a nice easy hill to do if time is short. The views are good and this is definitely one I will go back to. It's also time to get my Corbetts book out and have a look at doing some more over the winter if some of the Munros are covered in snow (this was only my 3rd Corbett!).

This is a nice wee wander and you certainly picked a good day for it. There are a few more Corbetts in this area all doable within 4hrs which make them good options for the winter months as long as the A93 stays open

Mount Blair is another one I seem to have passed loads of times and never climbed..........think this one could be next!!