I`m sure the views are wonderous from the summit but all we saw was white. But the way up and the way down weren`t without their moments and it was a fine walk at the end of the day. looking good as we set off We made our way up through the snow and the wind was picking up a fair bit, how could we not miss that ? 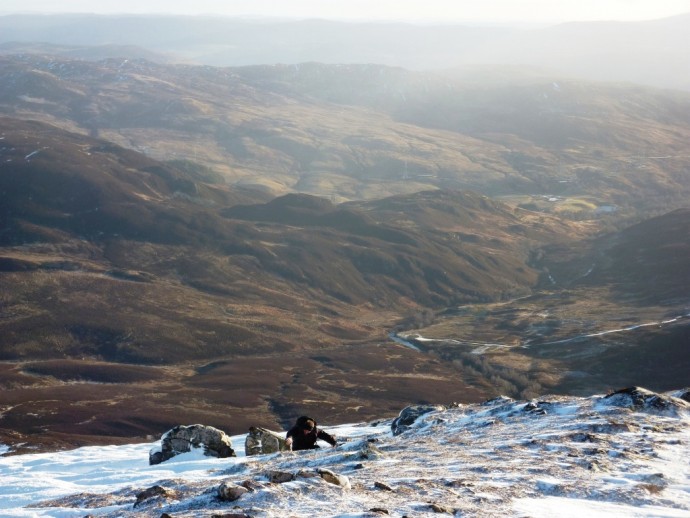 We stopped about 3000ft were there is some kinda cairn which had a big build up of snow on one side of it and as the wind was blowing into the back of it we decided to stop here for a brew and something to eat. We dug out some snow so that we could shelter behind it and got the kettle on. We were soon to be joined by a creature of the snow.

Imagine my horror, sitting in the snow, when a huge big husky appears and starts bounding towards us, there`s nowhere to go, we`re in it`s territory , my only hope is Jim, who, if you`ve read some of my past reports, seems to bring out the worst in dogs on mountains. It goes for him first, phew, and begins to lick him to death He was soon joined by his friend, a lovely rhodesian ridgeback, and their masters. After a chat they were on their way and we were left with the serious business of making hot chocolate. I did say to Jim as we sat there that if the clouds were the other way round it would be perfect conditions for a broken spectre, something he`d never seen yet. More people stopped and went as we sat there. Then all of a sudden it happened , "Jim, Jim, Jim get up , broken spectre, broken spectre" The clouds had indeed changed. The sun popped out behind us and a fine mist passed in front of us. he got his camera out and snapped away like a madman. By the time i joined him it was gone, but i was just happy that he got one to himself.

It was very faint but at least he caught it. As Jim warmed up his frozen camera hand I packed up our stuff and we headed for the summit.It was a bit hard going as we walked into the wind and the snow being whipped up by it.Our clothes were covered in frost when we reached the summit and we got a couple of pictures in and then headed back down. 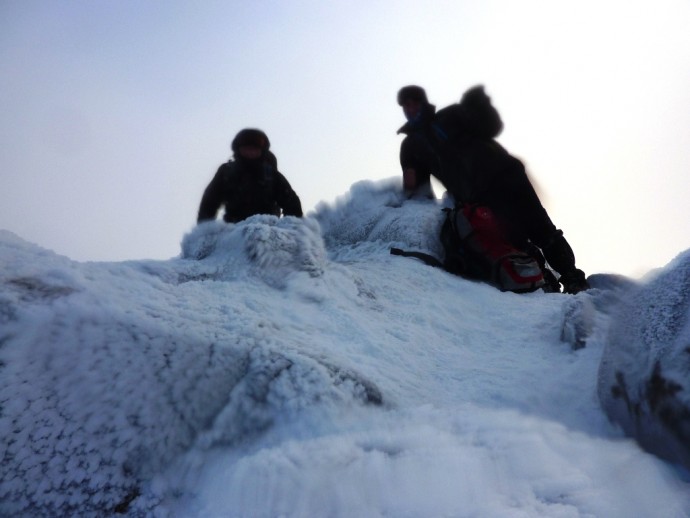 I couldn`t wait to head back down, i even put on my super slidy waterproof trousers. 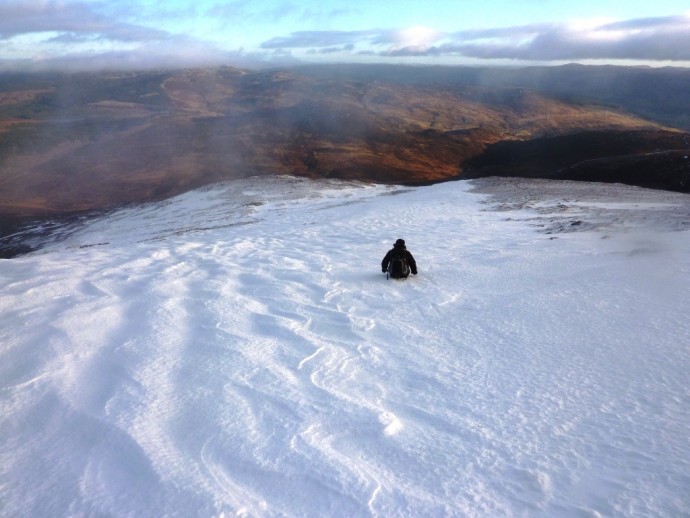 big bum slide down the slope

We even bumped into a couple of ptarmigan. 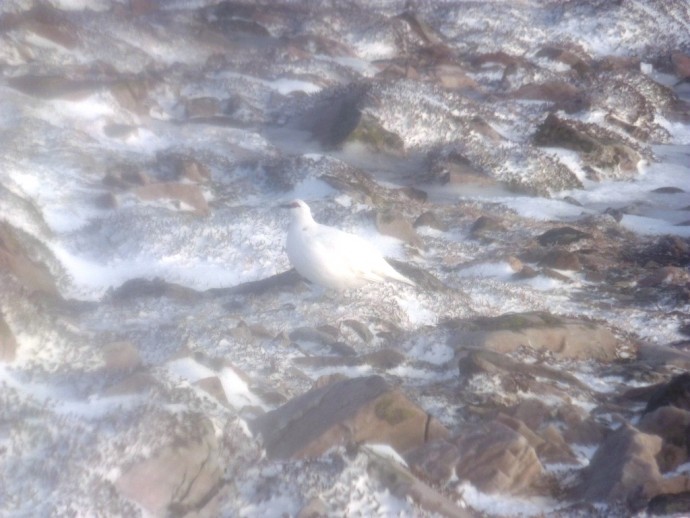 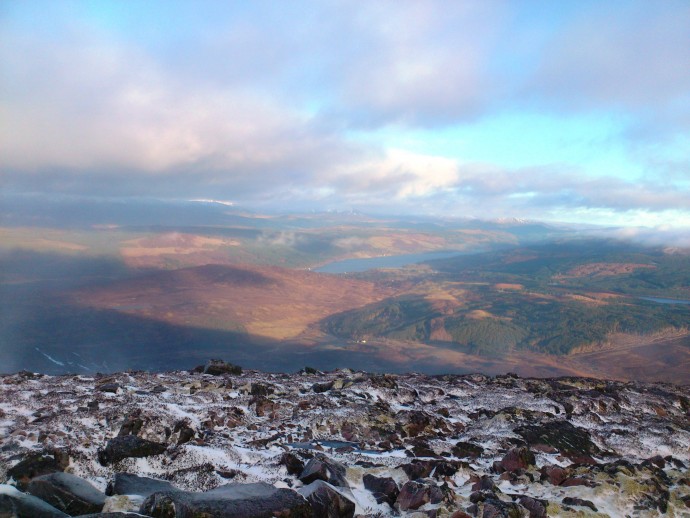 We were soon down off the hill and back at the car to look back up and see.... Nice report- looked like u would get a cloud free summit from your first picture! Could see Schiehallion from where I was yesterday and there seemed to be cloud floating about the summit:(
Great pictures too:)

great report tommy,,dogs are my new best pals now,,,the word is out in the dog world.

Need to arrange a walk soon.

looks like a grand day. Shame about your summit timing.

wilkiemurray wrote:Nice report- looked like u would get a cloud free summit from your first picture! Could see Schiehallion from where I was yesterday and there seemed to be cloud floating about the summit:(
Great pictures too:)

jonny616 wrote:looks like a grand day. Shame about your summit timing.

yeah, i know just goes to show you can never be sure whats gonna happen with the bloody weather

Need to arrange a walk soon.

yeah, we`ll need to , soon as your fit

ha ha , don`t even think about gettin one though !