I decided at last minute (11pm on the previous night as I walked home after a few beers, and seeing a stary sky) to go up Crib Goch & Snowdon yesterday, up bleary eyed at 6am....but it was worth it in the end, when I got to the penypass carpark at around 8am, I was now shocked to find the parking fee charged now for the day is now £6, (still you pay this for a white knuckle roller coaster ride in a fair, and although similar, this was far superior) so after asking various others arriving for some extra change, i finally got some and set of at 8.15am with dawn breaking to the SE.

I walked along the icy path in the shadows until I came to Bwlch y moch and burst into the orange glow of the sun. 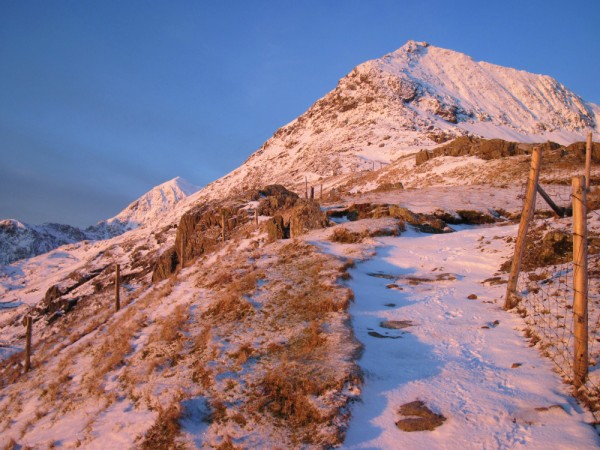 Here the path splits, the lower one is the PYG track, today I was heading up to Crib Goch, only 4 others were ahead of me, about halfway up on the way up I caught up with the 2 of them, one of them commented to me "I am the only one without crampons today doing this!?" soon after this he wished that he had some at a very tricky steep snow and ice covered rock face, some how he managed it, no way would I have done it without crampons, it was hard enough with them on, strange thing was his mate had a rope in his rucksack but never got it out! After this section I passed the other 2 to break trail now on lovely virgin snow, not even any signs of old tracks from previous days.The view from Crib goch towards Snowdon was stunning. 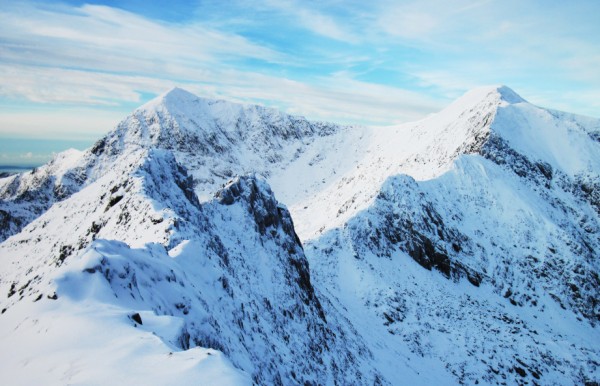 Now along the snowy roller coaster, It was good to be first, and having done it several times before, I found the right "path" with no problems. 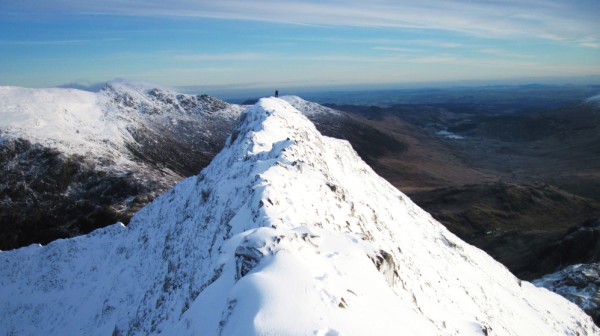 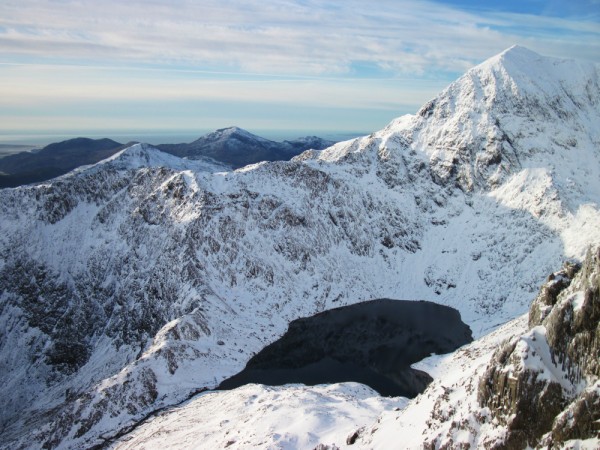 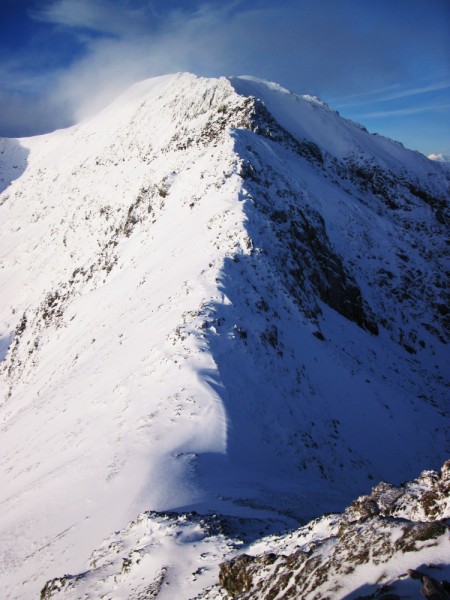 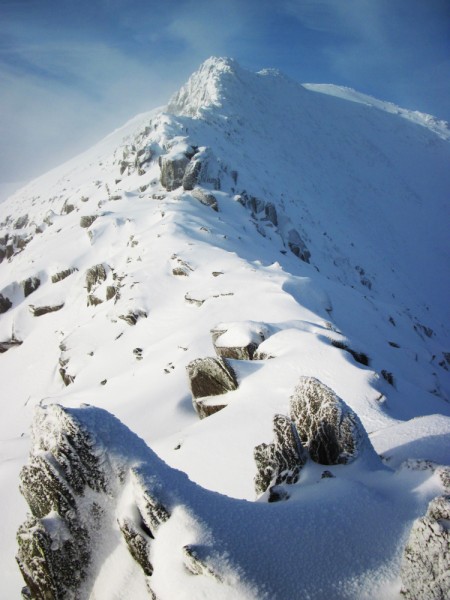 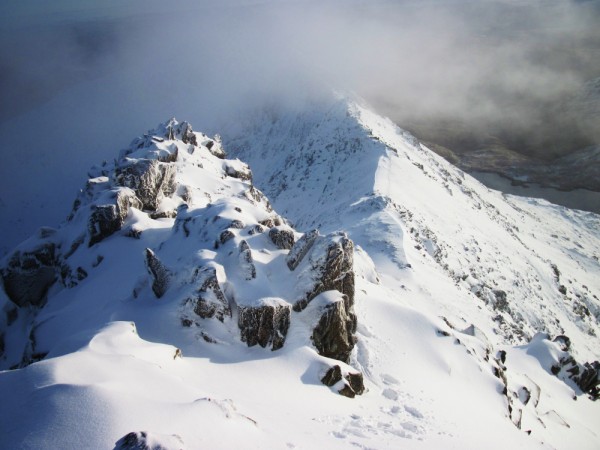 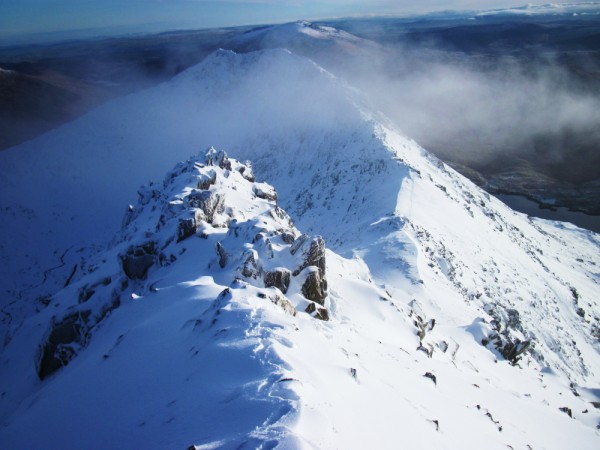 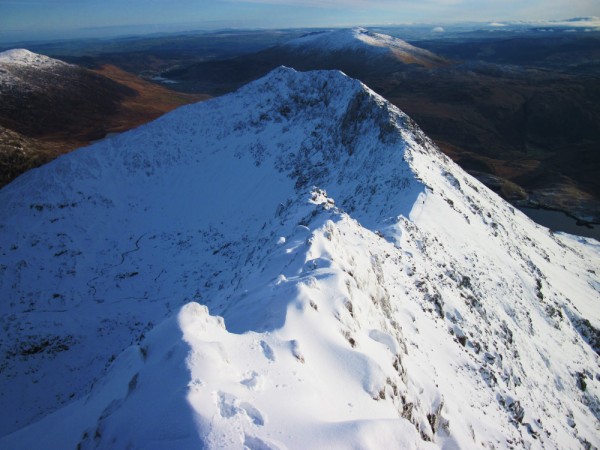 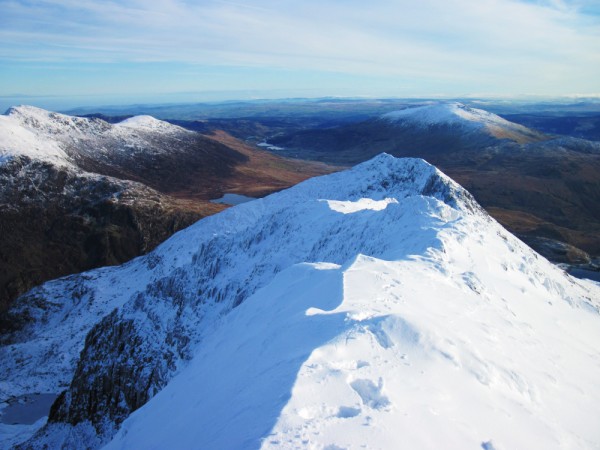 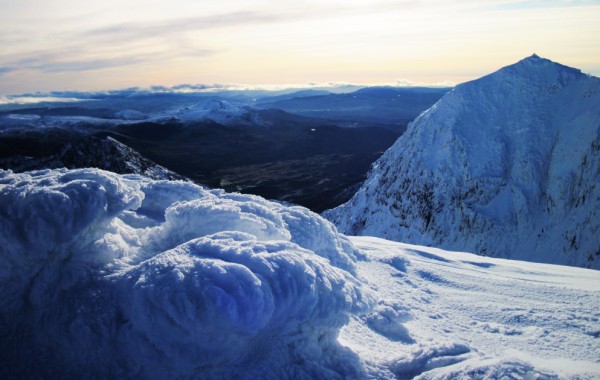 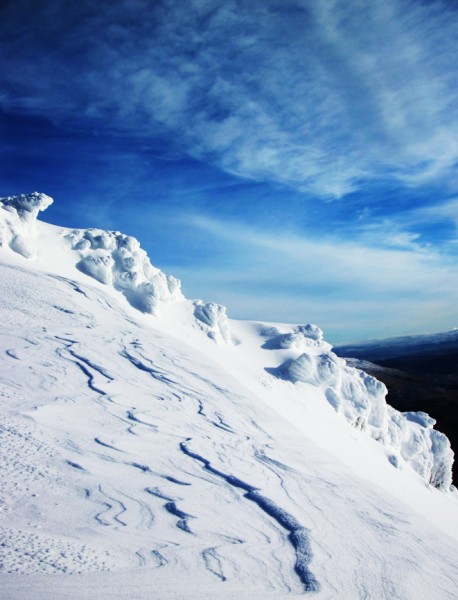 Once over Crib Y DDysgl I started to meet hundreds of walkers about on the other paths leading to Snowdon.

From here I followed the track by the snow covered railway line up to the summit of Snowdon by 12 noon. 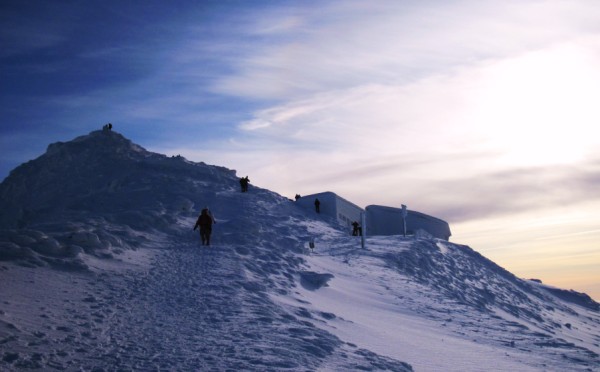 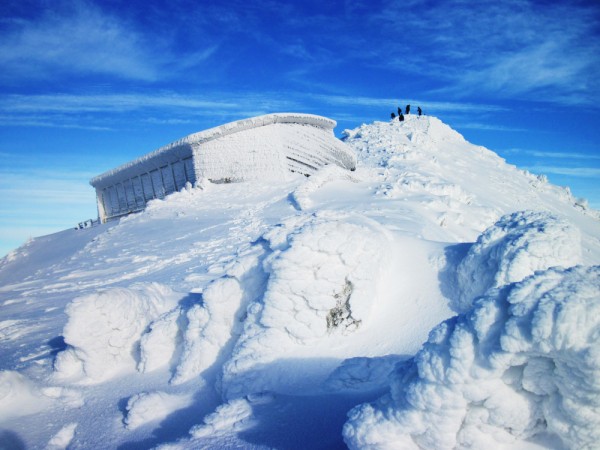 Many of the walkers I was passing were wearing clothes, ect. not up to the conditions... jeans, trainers and even one in shorts and trainers, with them tiny socks that you cannot see! in snow that was about 7 inches deep, madness!
I chose the Miners track for my way down. 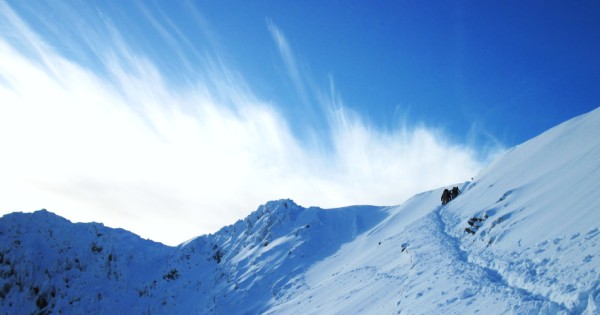 I was hoping for some nice picture by the 3 lakes on the was down, but as I passed Glaslyn I had one last picture... 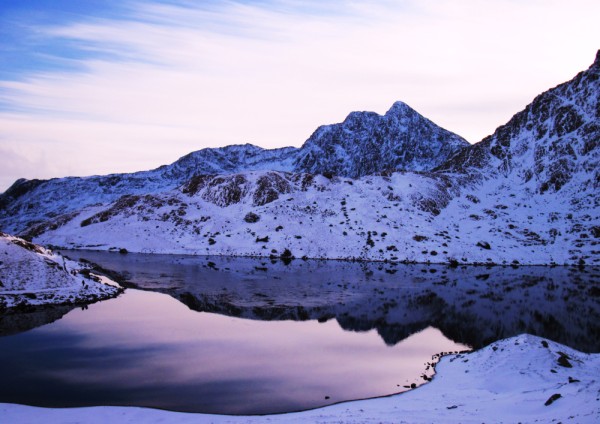 ...before the cloud came in and swallowed up all the higher peaks.
Back to a busy and packed penypass by 1.40pm, was I glad that I thought at last minute to do this classic walk in these perfect winter conditions. 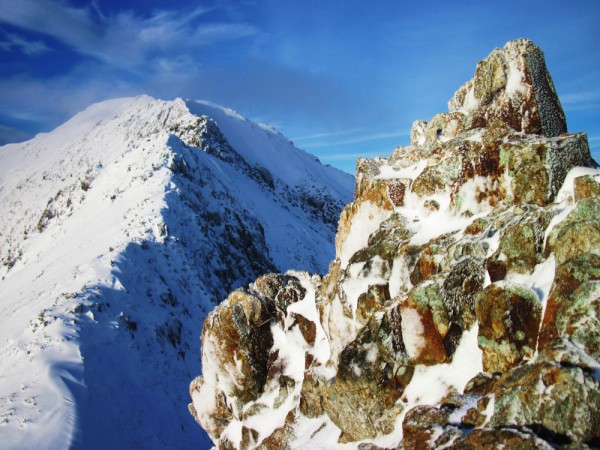 Nice job, and great photos. Brings back happy memories of my visit in Feb this year, it's a wonderful place.

Excellent photo`s there mountainstar particularly like snow sculptures and glaslyn.Crib Goch must be one of the
most photographed ridges in the UK,but it always looks impressive in the differing conditions.

Mad! Well, at least, well above my standard! Did you see loads of people getting rescued? I believe the poor ol' mountain rescue have been out more or less constantly since the snow/freeze...

If the bus is still running, it's far cheaper than the carpark at Pen Y Pass - I haven't parked up there for years now...

I never saw any rescues around Snowdon, more by luck than judgement I think.
The guy I saw in shorts and trainers must have been freezing when he got to the ridges, it must have been well below zero up there, luckily there wasn't much of a breeze.
No buses when I normally start, It's not unusual for me to set off in the dark to get the sunrise from up high, thats if I'm not camping out.... 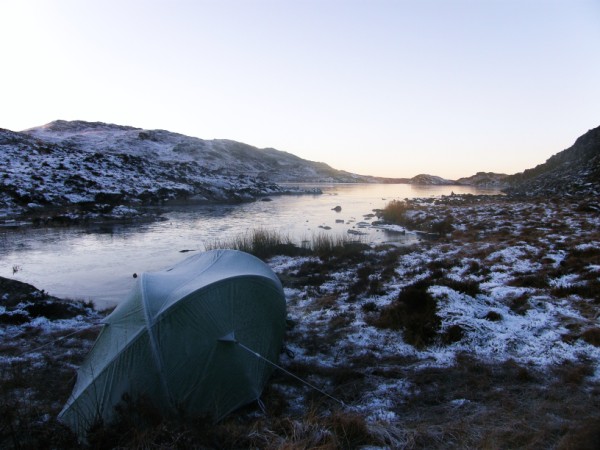 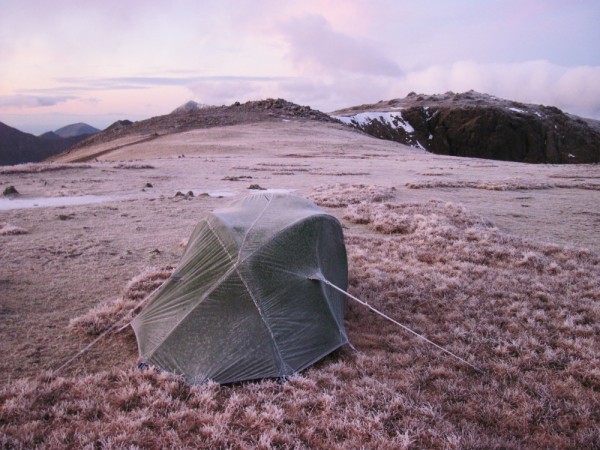