CUL MOR
As we explored Knockan Crag, higher level walks being uninviting due to high winds, a guy came running back down the track from Cul Mor pursued by a dog. Little did we know that we would meet him a few days later. By the way, a walk round Knockan Crag is very worthwhile. 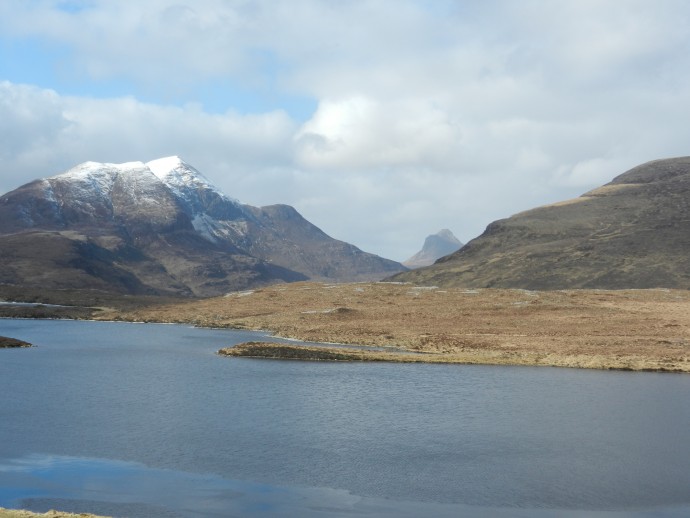 There is an excellent display about the local geology and some rather life-like scuptures. Katie is the one in the middle! 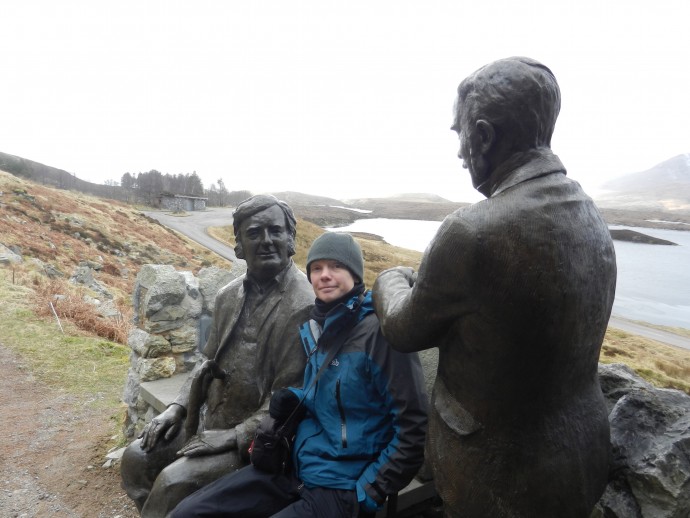 Anyway a short walk northwards from the car park at Knockan Crag leads to a gate on to the track which crosses the hillside to Meallan Diomhain, passing Lochan Fhionnlaidh along the way. 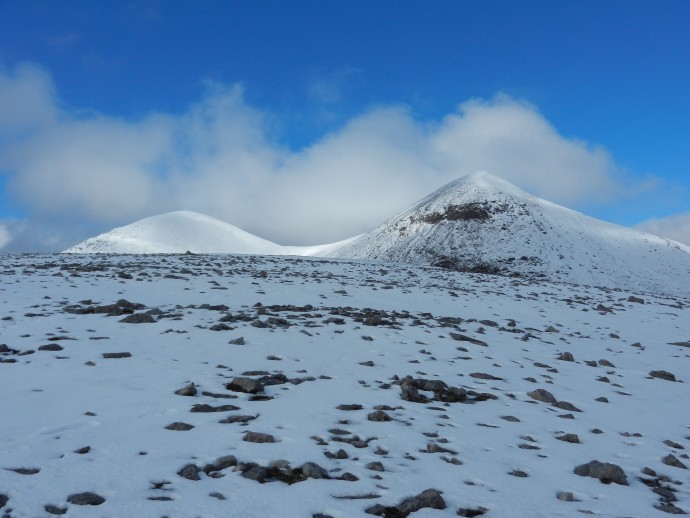 It was a very cold morning so we didn’t hang about and soon found ourselves in the corrie to the east of Cul Mor. 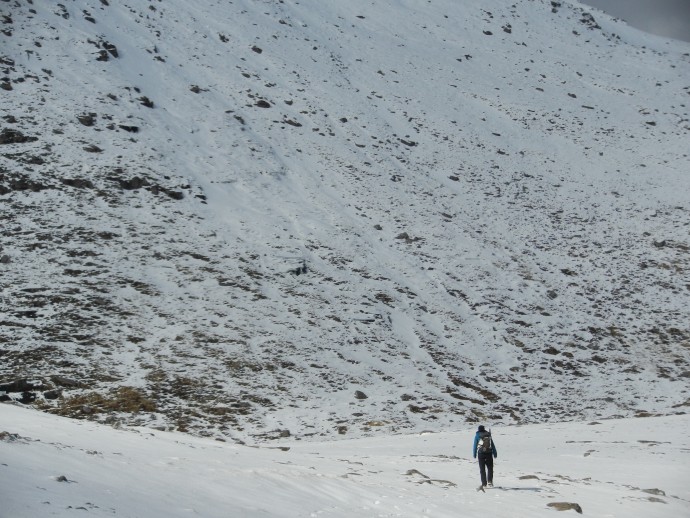 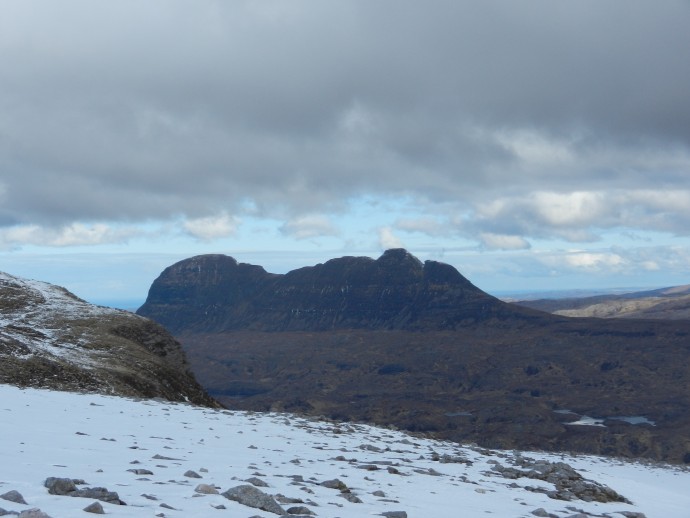 We crossed the corrie to reach the north west ridge of Cul Mor which didn’t look too steep. Looking across to the east we could see some nasty weather approaching so we put our jackets on and carried on up. Just as we got to the steepest, rockiest part of the climb with thigh deep snow between the boulders the blizzard hit us. It was thoroughly unpleasant! We clambered over the boulders trying to find the easiest way through. We had seen a piece on the news that morning that suggested that in a stressful situation you should sit calmly with your hands held slightly apart in front of you and concentrate on your breathing. Personally I find a good blast of adrenaline and a couple of well-chosen expletives (nobody can hear you because of the wind!) are much more effective. It probably didn’t take that long to reach the summit but it seemed like forever. The trig point looked like an ice monster with a huge head sticking out on the windward side. As we grappled with the map and compass a dog appeared, followed by two more dogs and then the guy we had seen running a few days previously. He turned and trotted off down the hill while we took a bearing and then followed him west and then south and finally east into the huge corrie. Visibility was still poor but we eventually dropped out of the cloud and crossed the corrie towards Meallan Diomhain. 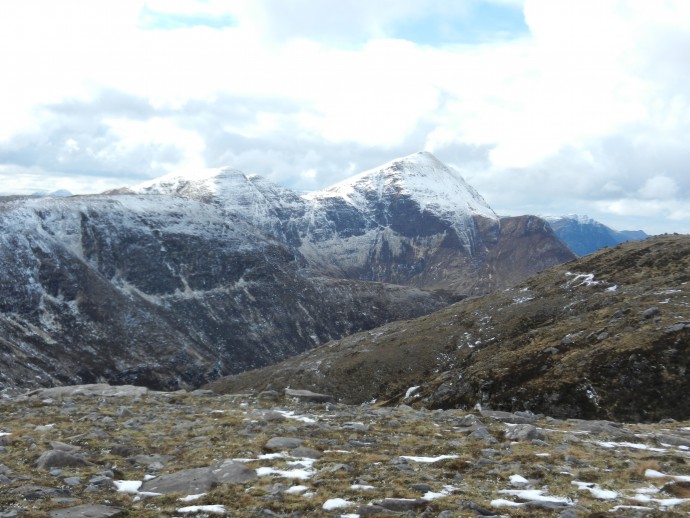 We picked up the path and retraced our steps to the car. “That wouldn’t be my first choice for a run” I commented as we stopped for a spot of lunch in the shelter of some rocks.
We had a run out (in the car!) to Lochinver, a lovely spot. The tea rooms closed at 3pm – how can a tea rooms close at 3pm??? The Highland Pottery was open, however, as was the excellent visitor centre.

Sounds like you've been really enjoying yourself up in Sutherland.
The info on the walks is really helpful to me in planning for my week up there at the start of June - cheers!

weaselmaster wrote:Sounds like you've been really enjoying yourself up in Sutherland.
The info on the walks is really helpful to me in planning for my week up there at the start of June - cheers!

Yes, it's a great part of the country. So many hills and then there is the coast.