Well the horseshoe certainly gives value for tick list, 9 added in 21km! I had already walked Bodesbeck Law a couple of months previously and had considered leaving it out but I was feeling good and it didn't add much. Pulled into the parking area, about 15 seconds behind another car. I had actually been within this time frame behind the car upon joining the A703 to Peebles (from Howgate) and I can't say that happens too often - in terms of where we were both going! Couple of guys, one who commented that we must be mad, having driven through the sun shining on Peebles (and forecast for the day), to come to the misty Ettrick valley. 'Mad' summed it up nicely! Out of the forest then followed the fence up to Bodesbeck. My last visit was clear blue skies, this time just fog. Descending down, it became a little boggy and this continued over to Fauldside Hill. Other than that though, underfoot was very good indeed - at least in Donald terms. 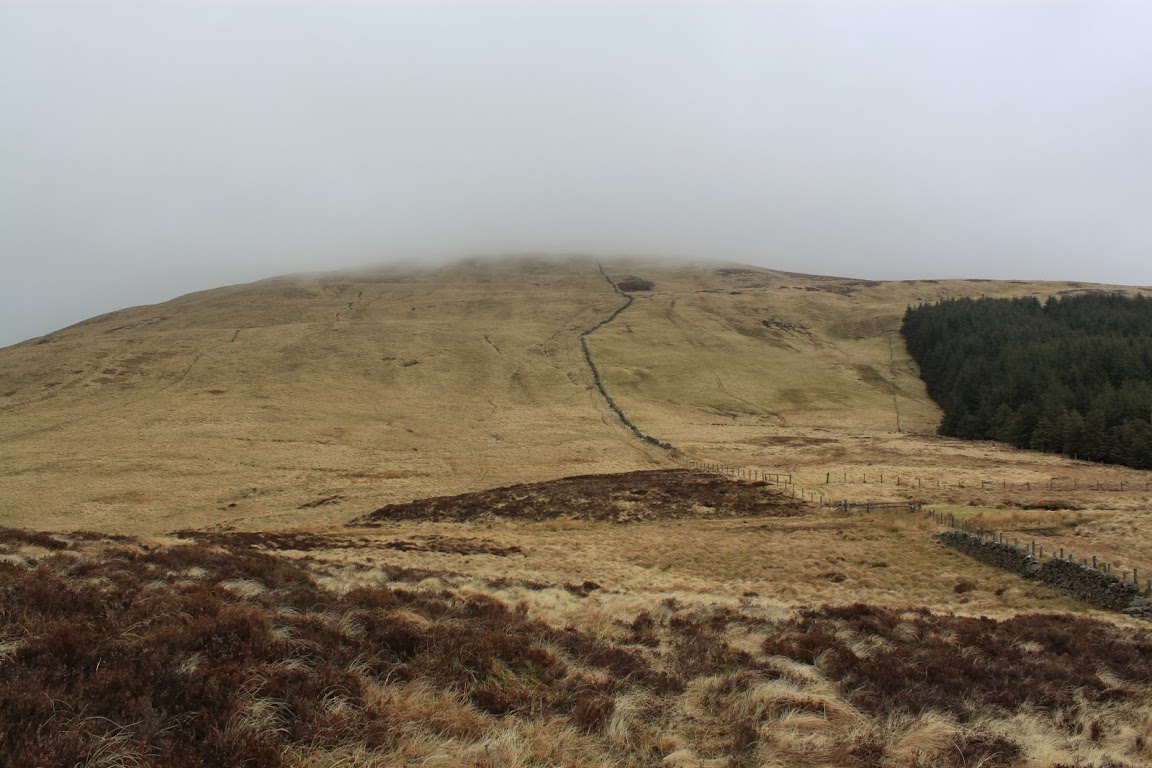 Looking back up to Bodesbeck, cloudbase around 550m 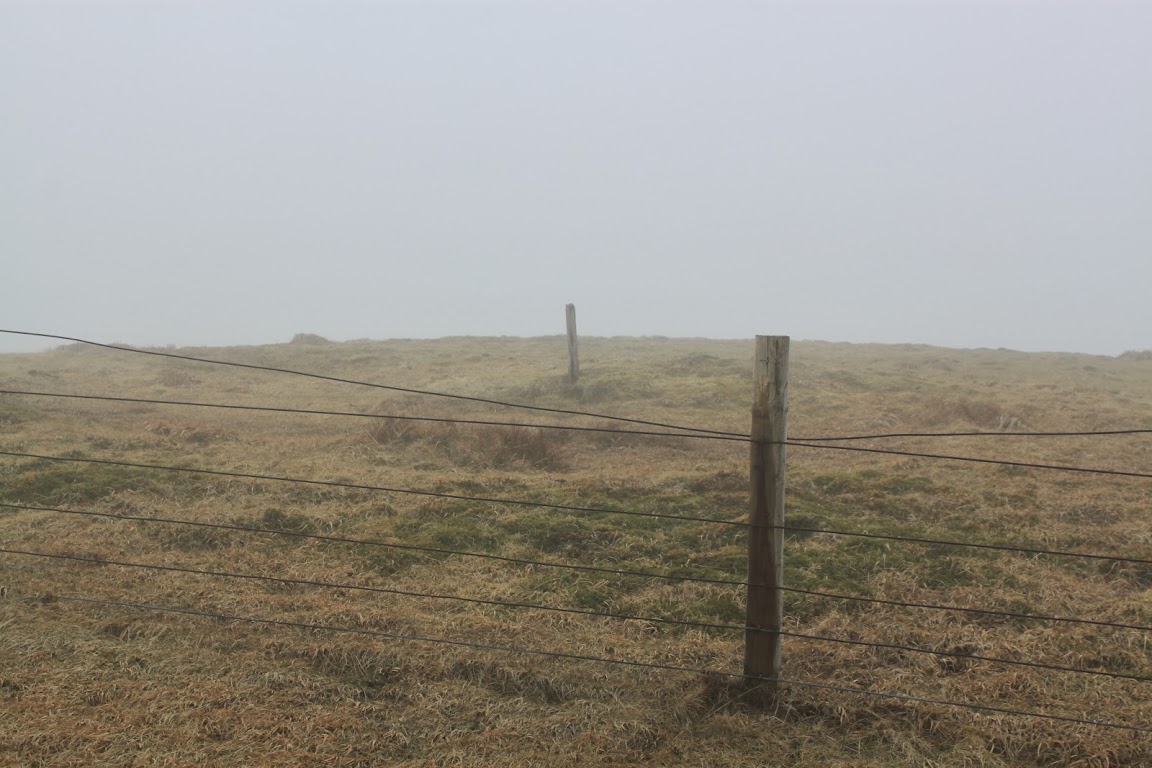 Made my way up to Capel Fell, crossed the fence to the summit and can inform you that the top fence wire thankfully did not spring up and cause pain in a sensitive area


I had resigned myself to not seeing much today, the forecast did describe similiar, to be honest the reason I chose this area as I've been in about it a lot these last few months. However descending Capel Fell, the clag lifted and I could see straight over to Croft Head and I was really chuffed as it was a great view and perfect timing. Joined the SUW and made my way to the sheepfold before the ascent. 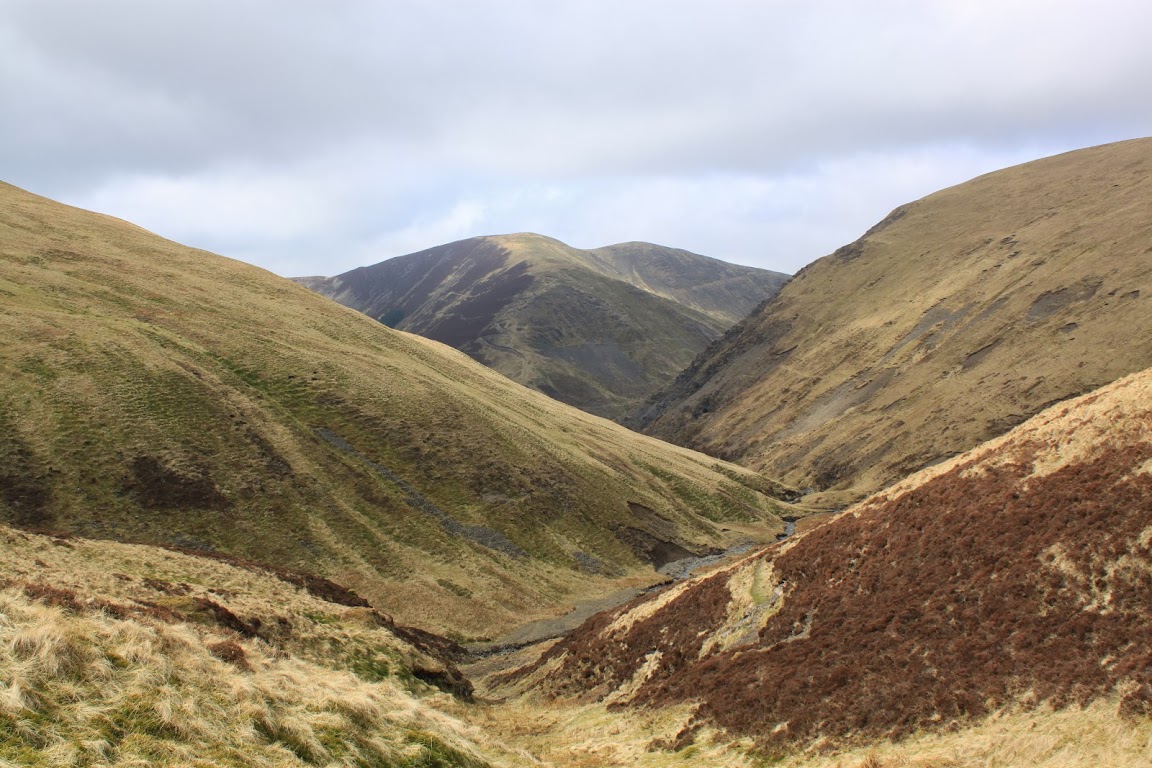 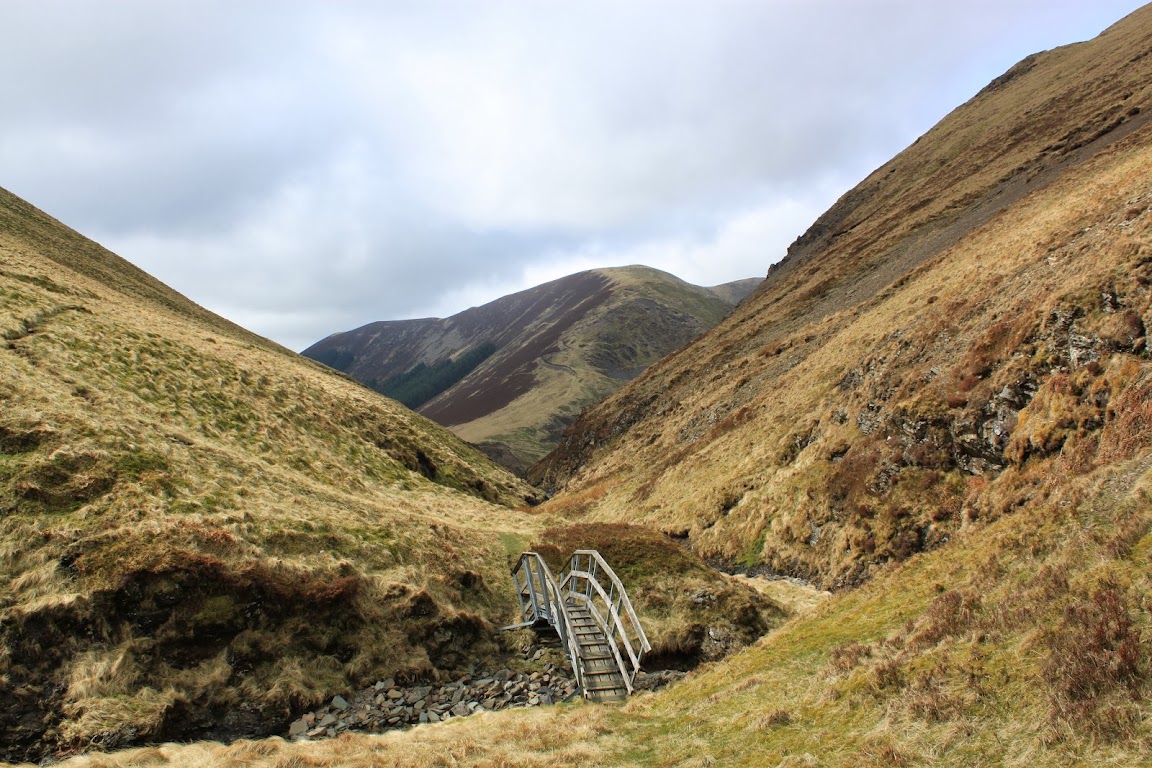 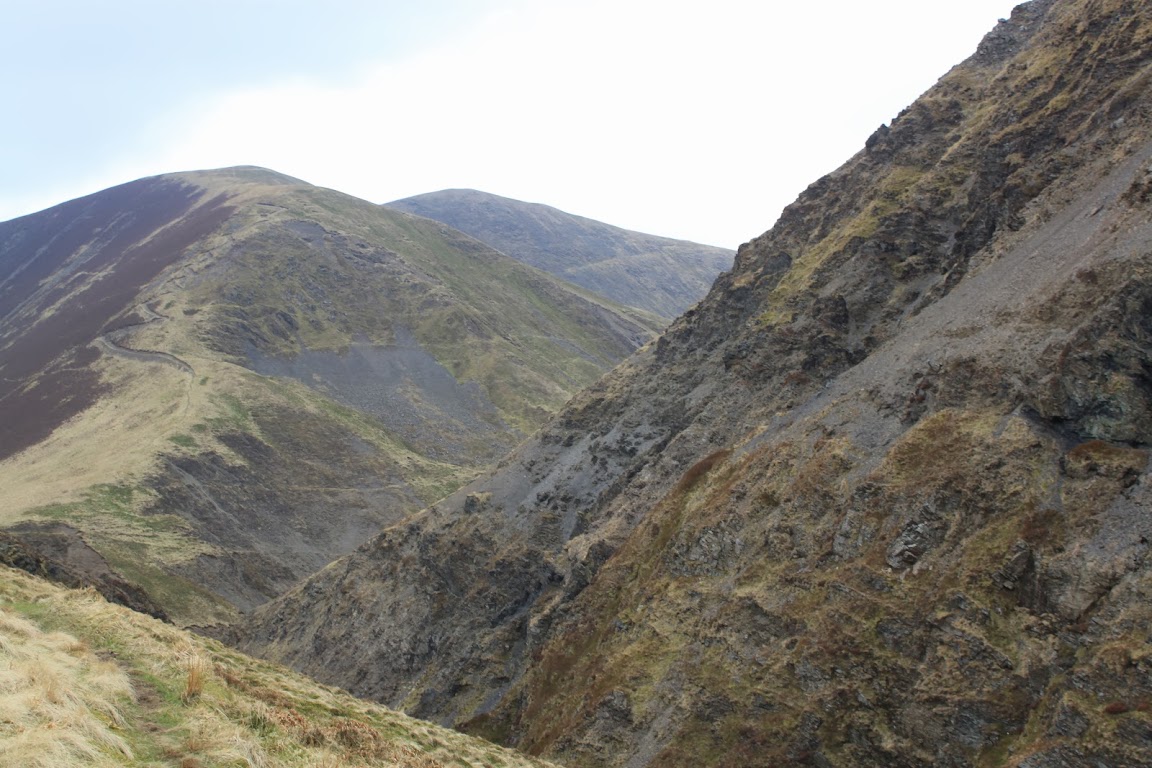 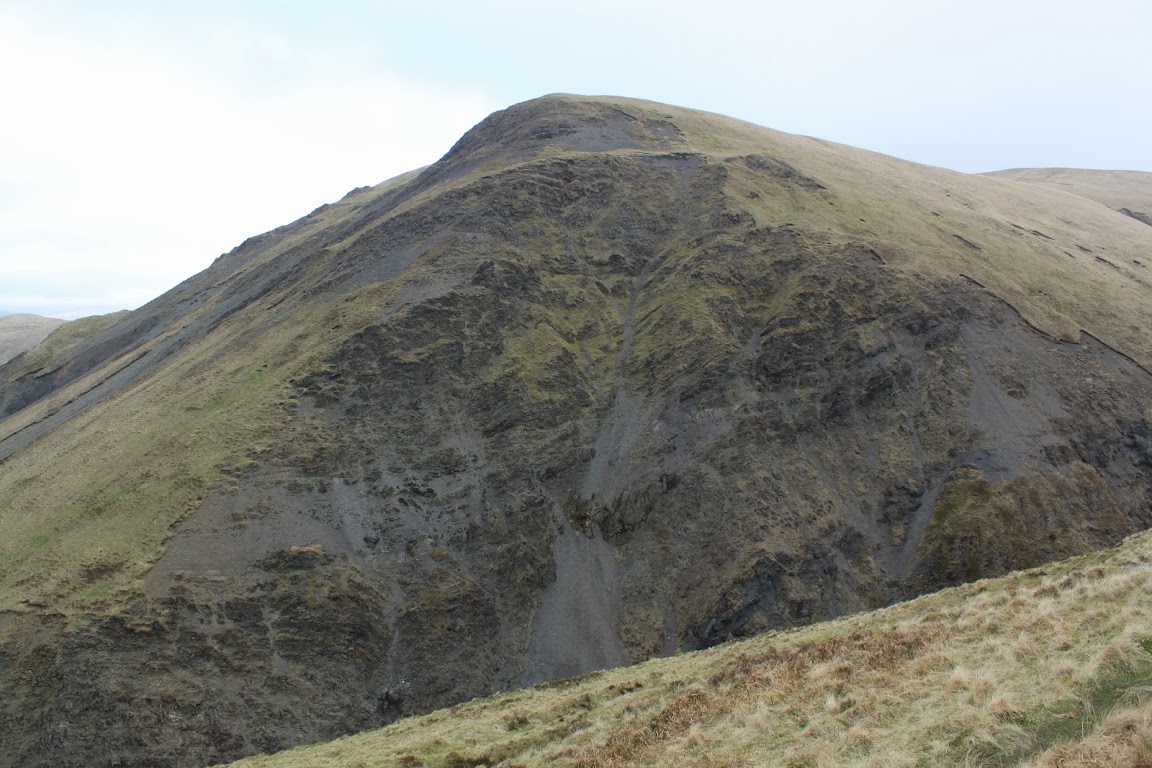 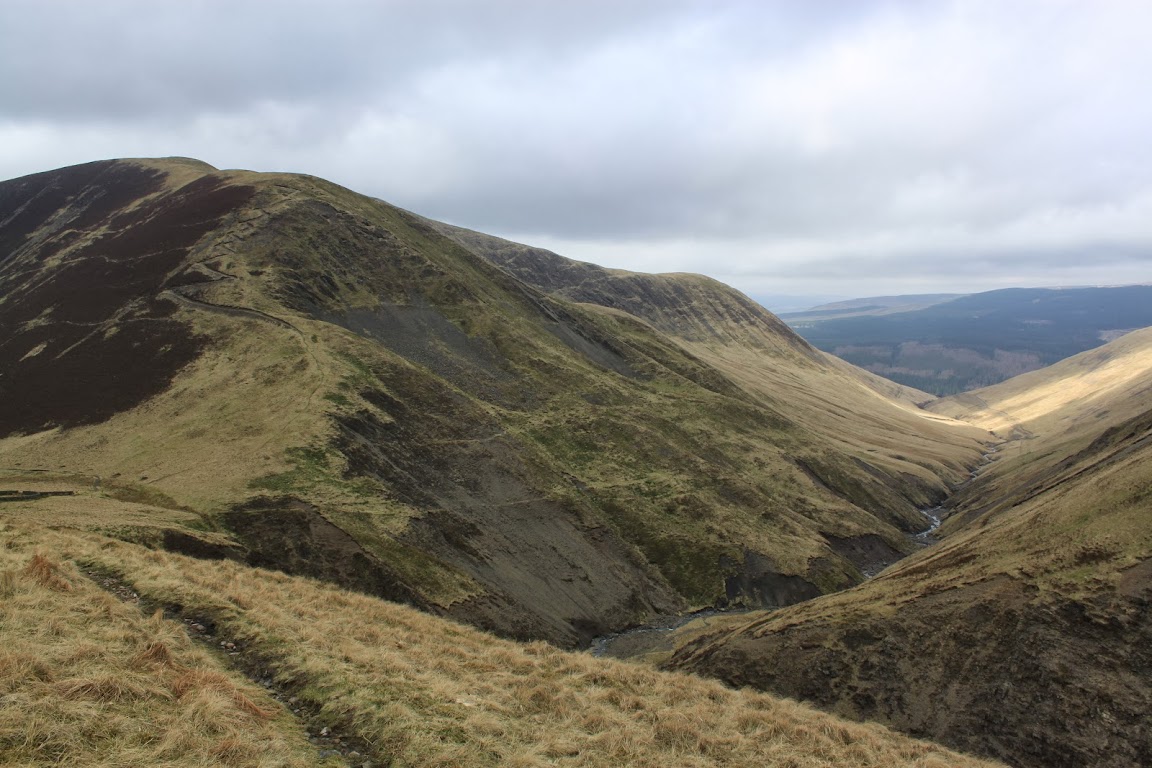 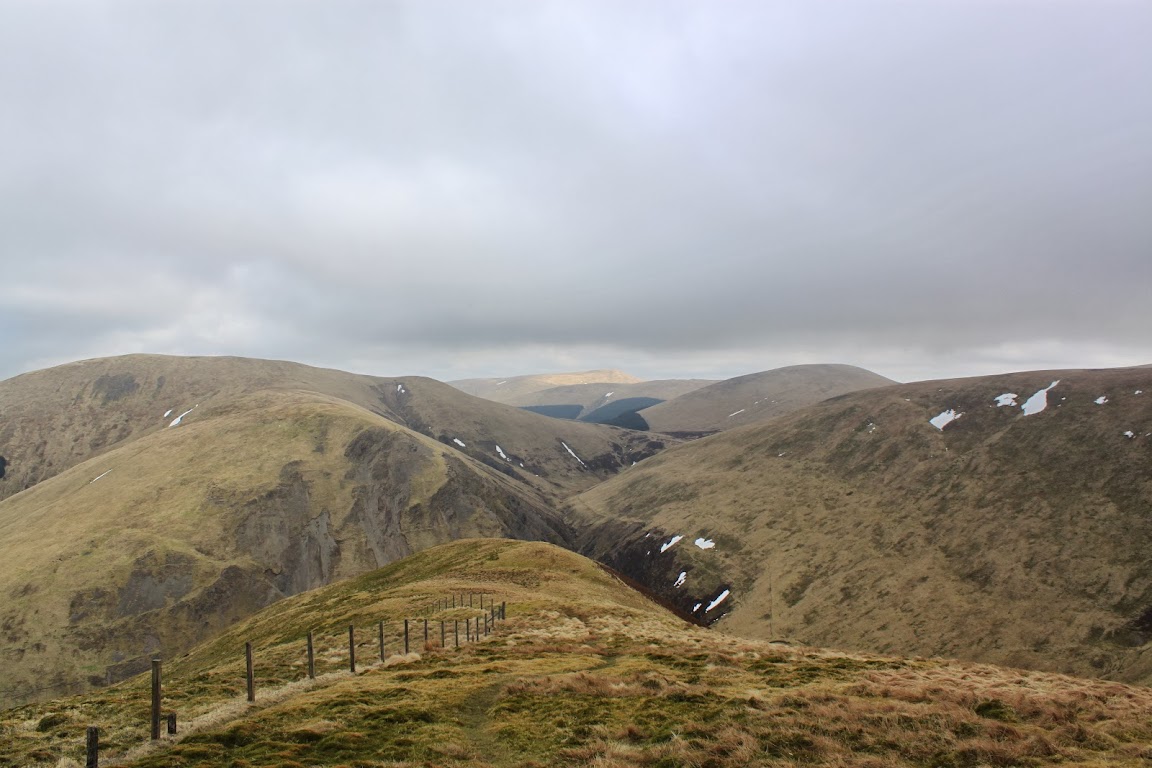 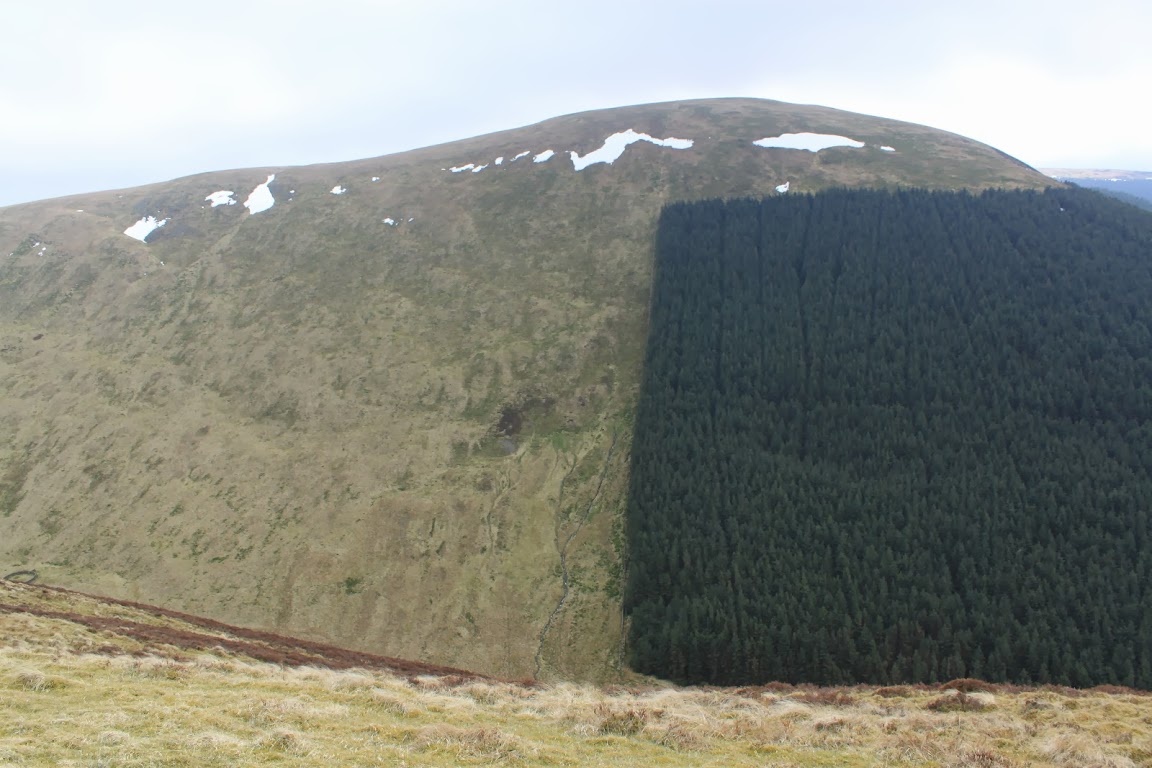 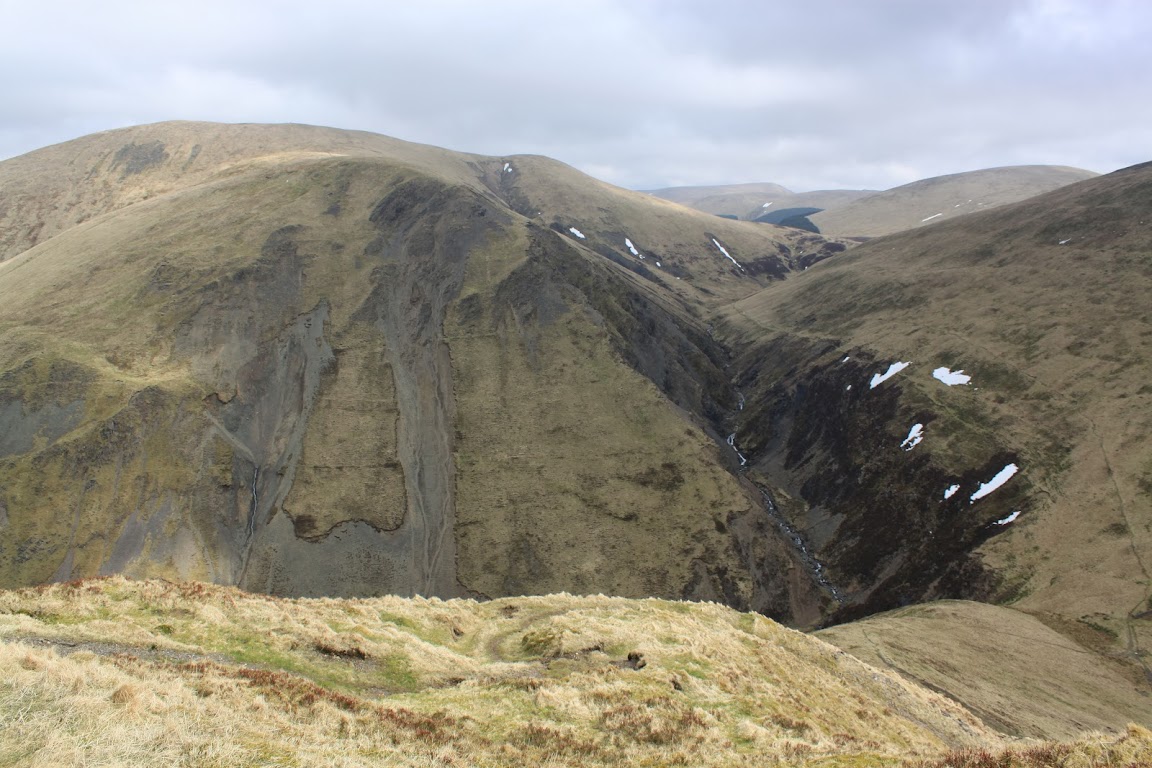 Can you see the face?

The clag held off all the way until West Knowe. Had a good lunch back on the SUW before I began my West Knowe ascent though. Made my way over to the fence and again just followed this all the way over to Ettrick Pen 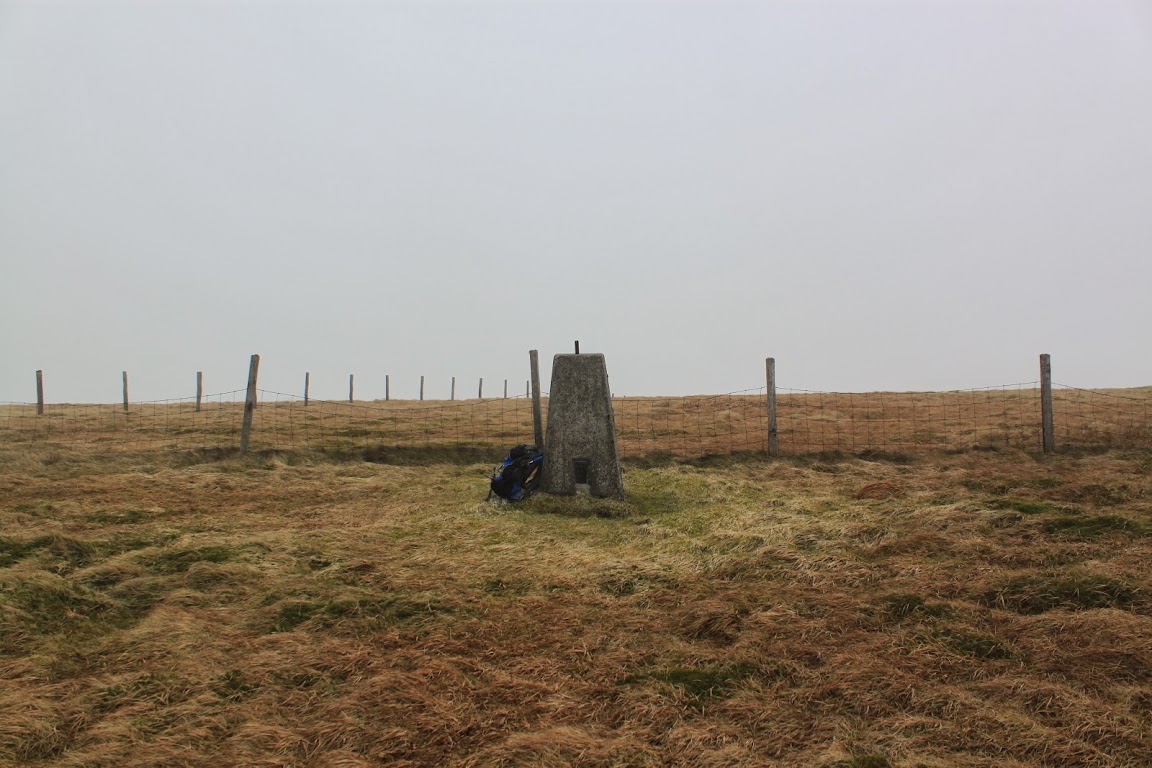 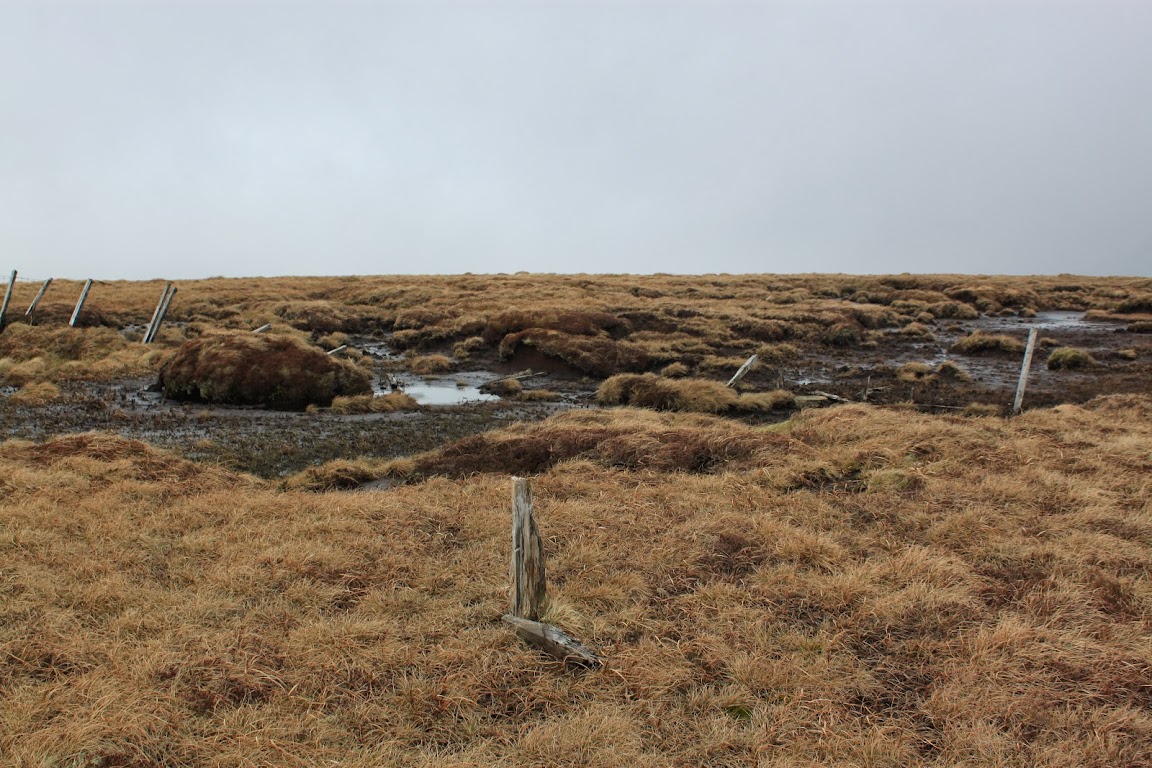 Wind fell summit, only hags I saw all day - terrain was really good up on the fairly level walk until the summit strangely enough 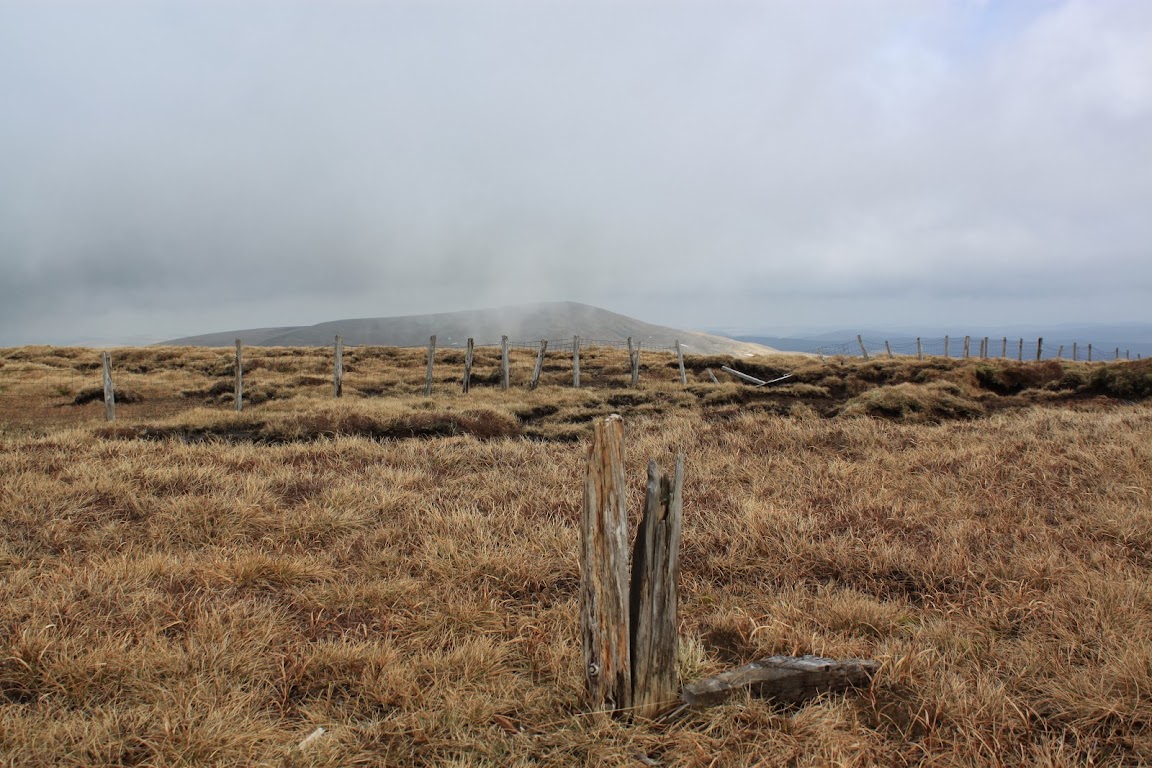 Over to Ettrick Pen, clag now lifting and would remain this way until the finish 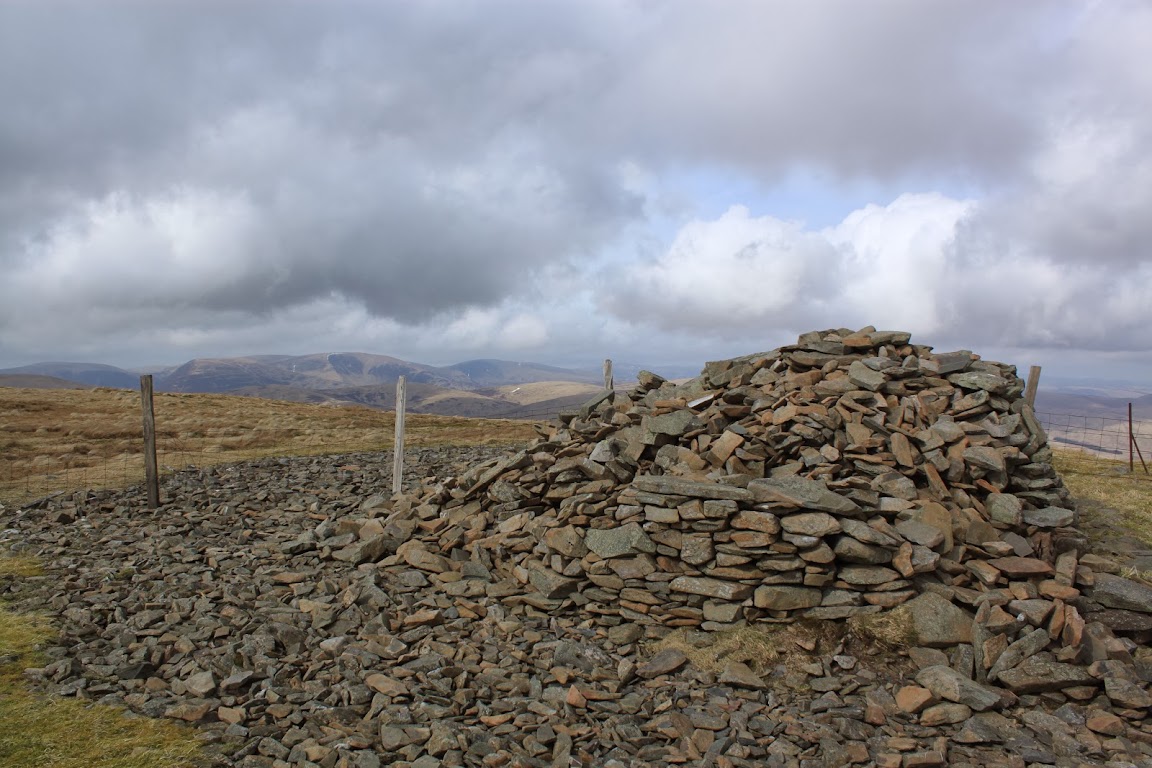 Ettrick Pen cairn, looking over to Saddle Yoke and co 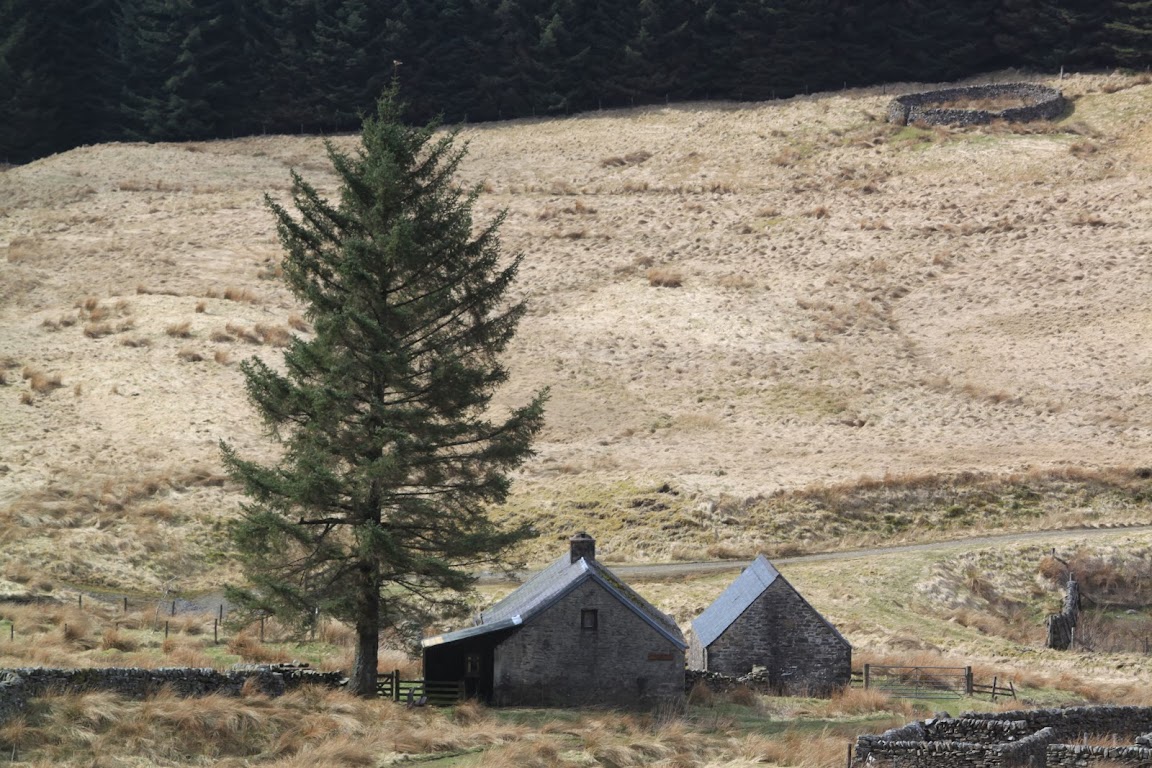 Over Phawhope Bothy, a kestrel on top of the tree (didn't spot this until after the walk) 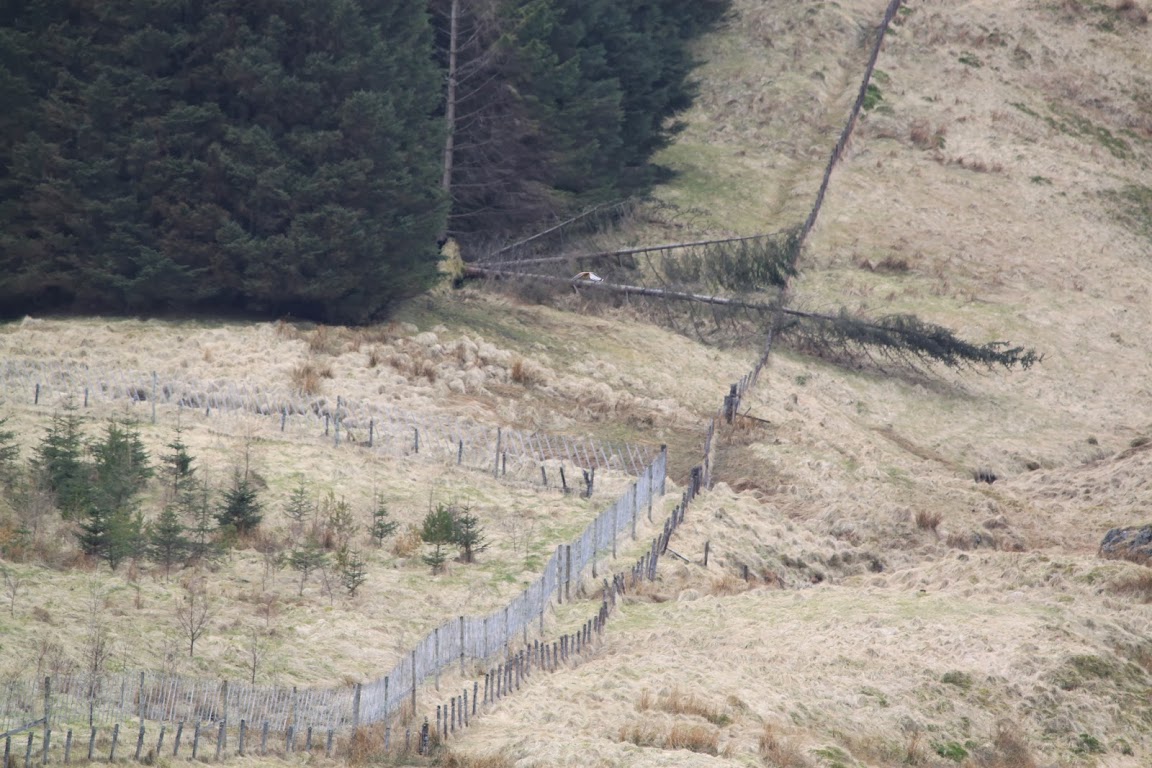 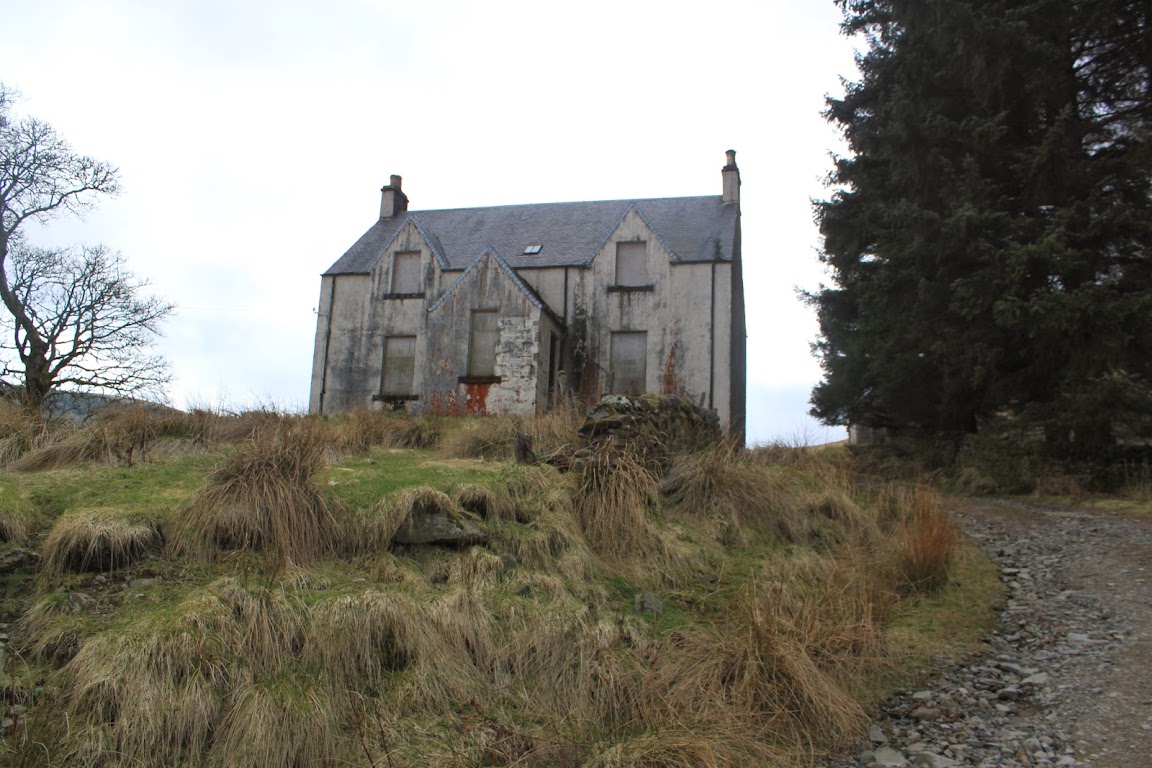 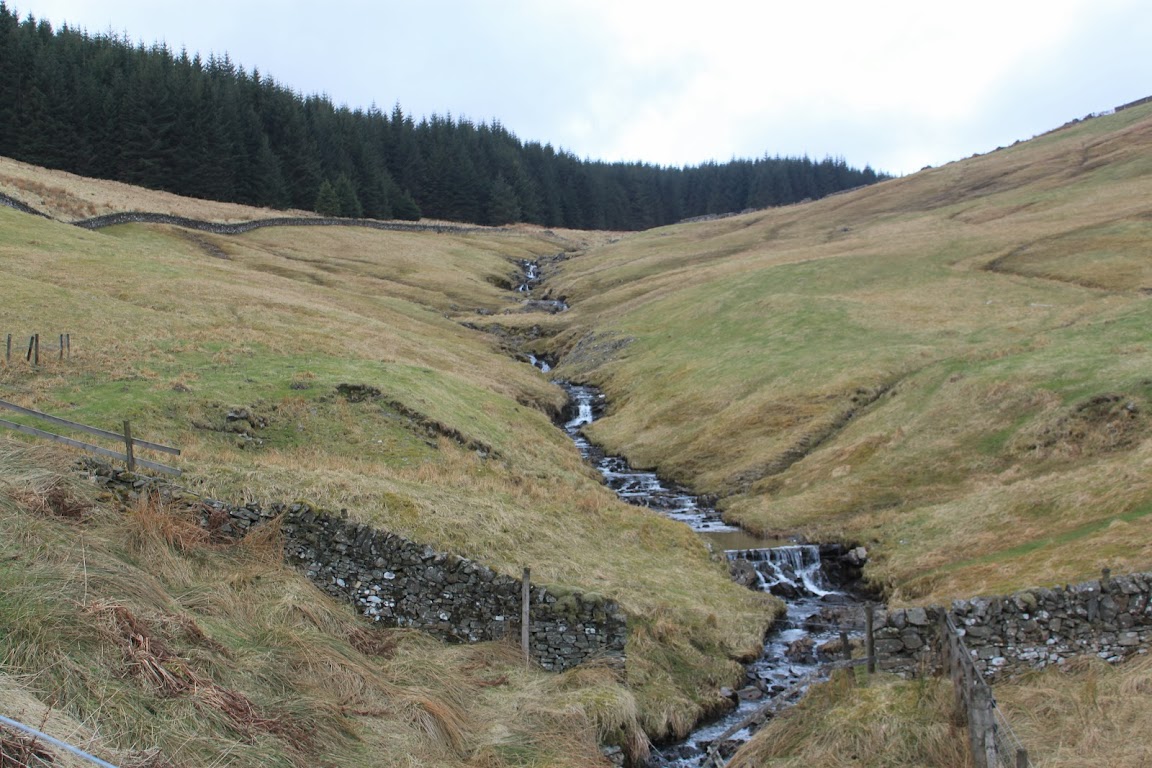 Pot Burn from the house at Potburn 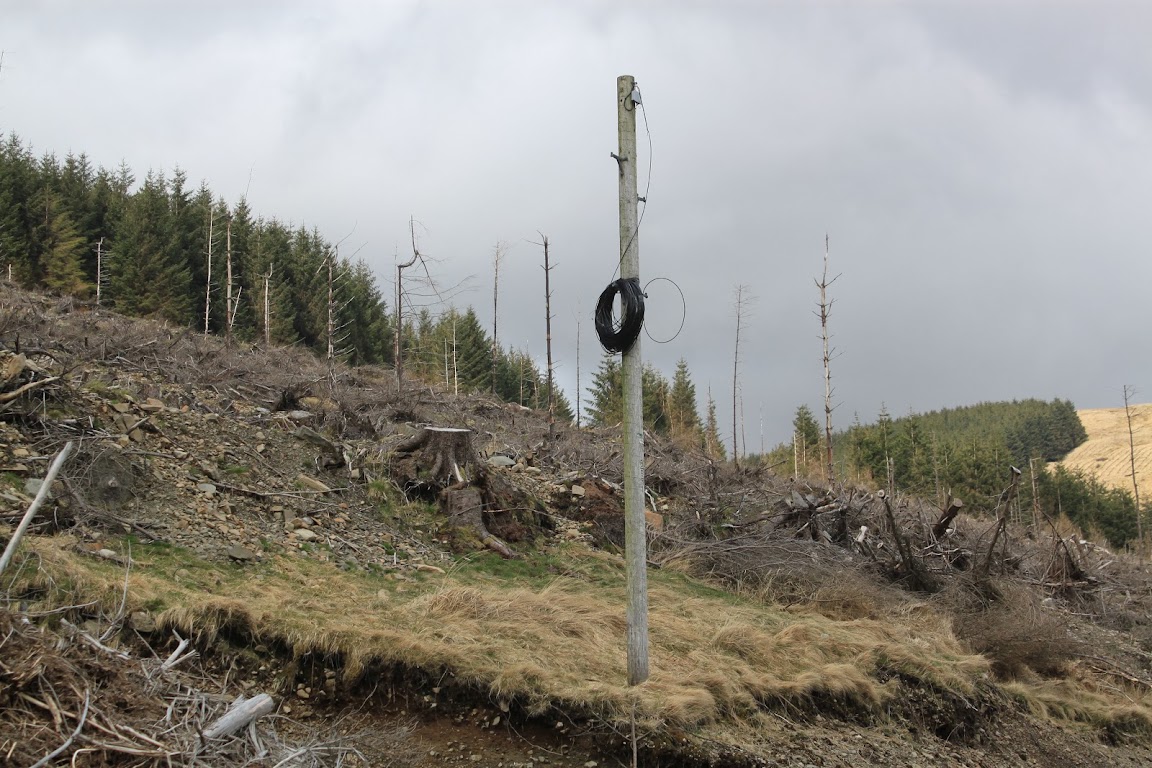 No need for this any longer

Seeing this disused phone line over to Potburn gave me a bit of a sombre feeling. It's such a lovely little area and its a shame to think nobody lives there anymore.

Back to the start and still only my car, and the guys from earlier. Saw them at one point descending near Craigmichen Scar, just before I began my ascent of West Knowe. I hope you had as good a day as I did, if you're on WH.

A fairly tough walk to 'blue balloon' all these hills, my highest ascent to distance ratio yet (other than smaller Pentland walks etc) but feel all good now. Croft Head is really something, my favourite hill of any I've done in the Borders or D&G by quite a way. It has lots of character and being opposite Craigmichen Scar certainly helps. The Ettrick valley in general is a really lovely tranquil place - if you've ever considered the horseshoe you must add on Croft Head as due to it I'll give it a 5 out of 5 day

. Had a really tough walk last week in boring surroundings and terrible underfoot conditions (I've never felt so drained on an ascent/distance that I've done numerous times). Today was incomparable, such a turnaround and a great walk.

Brilliant, exactly the route i've been looking at and good to see how long it'll roughly be. Looks a good walk as well, cheers.

My favourite borders/D&G walk this. The snow has fair melted from 10 days ago

Never walked in this part of the world but it looks really good!!

Thanks for the comments folks, one thing I forgot to add in the report - I believe the Ettrick valley road was in a dire way due to all the timber lorries. It appears to have been finally upgraded just over a year ago, the road is smooth beyond believe now

I remembered reading your agreement on the steep slope to West Knowe from nxmjm's report before I set off. Its funny but when I was walking along to the cairn on the SUW before the sheepfold I was thinking that it didn't look too bad, that I'd just go for the direct ascent but once I was up on top of Croft Head I completely changed my mind, it looked really steep (though they always do from another summit!). Little bit of snow lying (easily avoidable of course) as you can see but I wouldn't have felt at all secure if there was any damp ground

Thanks for making my route planning easier gmr82. Having a week in the borders early August and planned on the horseshoe but wanted to add Crofthead and Loch Fell while there. Was looking at a more direct line from Capel Fell to Crofthead but now I see your route, that's the way I'll go. Minus Bodesbeck Law though as I'll do that with the ridge.

Tazman wrote:Thanks for making my route planning easier gmr82. Having a week in the borders early August and planned on the horseshoe but wanted to add Crofthead and Loch Fell while there. Was looking at a more direct line from Capel Fell to Crofthead but now I see your route, that's the way I'll go. Minus Bodesbeck Law though as I'll do that with the ridge.

Good luck Tazman, glad to be of help. Was having a quick look as to why I didn't consider the direct route from Capel to Croft. Can only assume the promise of a good path (SUW) in amongst the Donalds was more than enough to lure. It also has great views of Crofthead as it dissects the valley, going via the SUW