This is my 3rd visit to this area in the last month. Short daylight hours, bad weather and a dislike of getting out of bed before 10am has meant longer journeys have not been "possible"


Trahenna & Penvalla.gpx Open full screen  NB: Walkhighlands is not responsible for the accuracy of gpx files in users posts
The walkers carpark at Shepherds Cottage was still unreachable by car but it was possible to park at Broughton Place. It was remarkable how much thaw there had been in just a few days - particularly as this was one of the worst affected areas. I followed the glen track past Shepherds Cottage then headed right at a copse of trees taking me to the SW ridge of Trahenna Hill. I followed the fence until the short detour right to take in the summit. There were some interesting views S and W to the Broad Law group and Culter Fell (unfortunately my compact camera was not up to representing this very well). Also, after only about 45mins walking my feet were already a bit damp due to the sodden ground, slushy snow and my poor choice of boots! 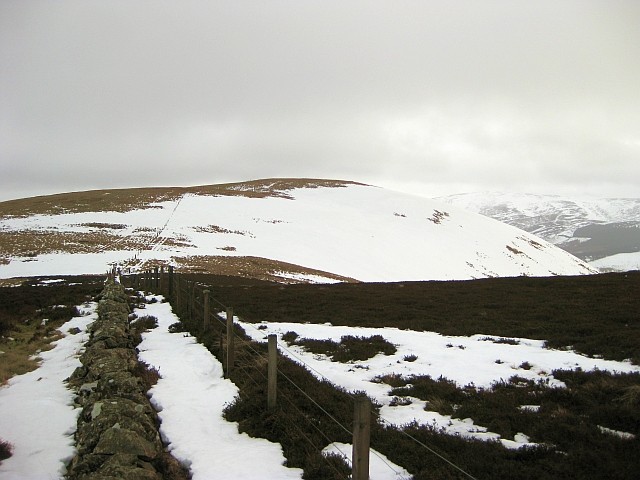 I returned to the main SW-NE ridge and continued down to Hopehead Burn beneath the romantically named Penvalla. There was an obvious snow-free route up the steep SW slope which I took to keep my feet as dry as possible. The sun had come out and it was now a lovely winter afternoon (sorry no sunny photos due to camera battery dying

). A quick climb brought me to the summit with good views down the Tweed Valley and of the Moorfoots and their windfarms

[Rab C Nesbitt-esque aside: I really hope "they" do not build any of these monstrosities in this still unspoiled part of the Borders, but I won't hold my breath. These rolling hills seem to be just what the windfarmer likes.] 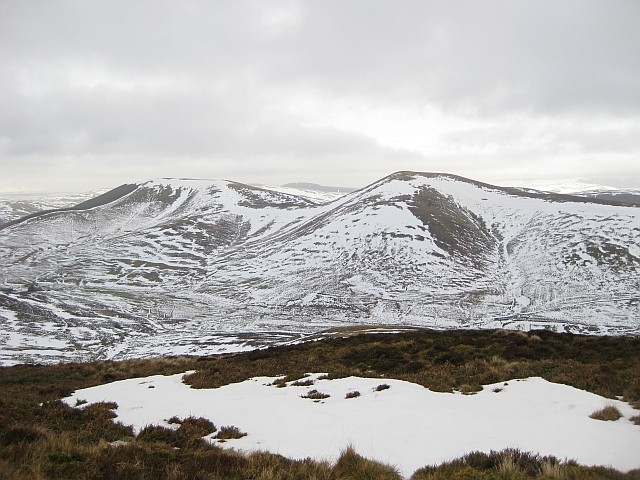 From here it was a real slog back to the car mostly following the John Buchan Way. The patchy snow was really tiring to walk through and it took almost 2 hours of slipping, falling and cursing to return just as the light had gone.