After starting my walking season last week with a walk up Beinn Chabhair I thought I would step up the difficulty level with 2 Munros this week. My daughter enjoyed completing her 1st Munro last week in glorious sunshine, so this week was a bit more of a tester and probably more realistic of walking in Scotland as we had sunshine, rain, hailstones, gales and low visibility all in the space of a few hours.
On the approach both Munro's looked quite uninspiring but I was to be pleasantly surprised once I started the walk. The walk was also a more strenuous trek than I envisaged with few tracks, quite a bit of boggy ground and a number of steep ascents and descents.

We started off in glorious sunshine but knew from the forecast that was only going to last a few hours. 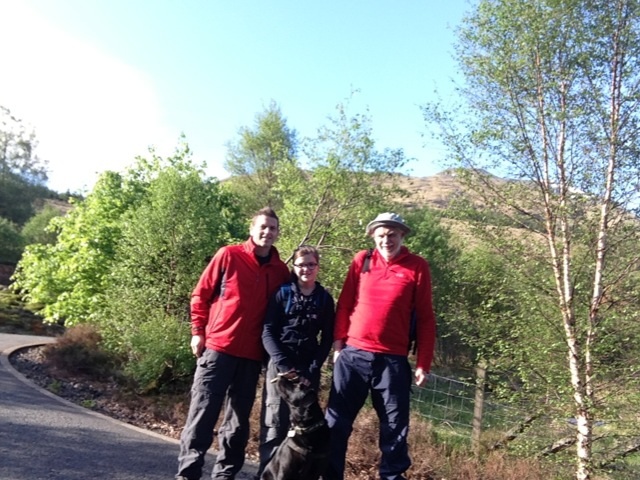 As we set off we could see great views of Ben More towering over the landscape. 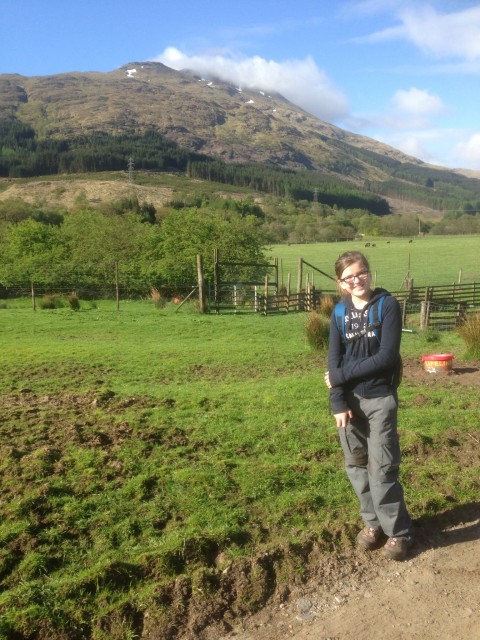 As we headed up past the farm the path soon came to an end and we headed along the stream where we got some great views of both Munros we were climbing today. 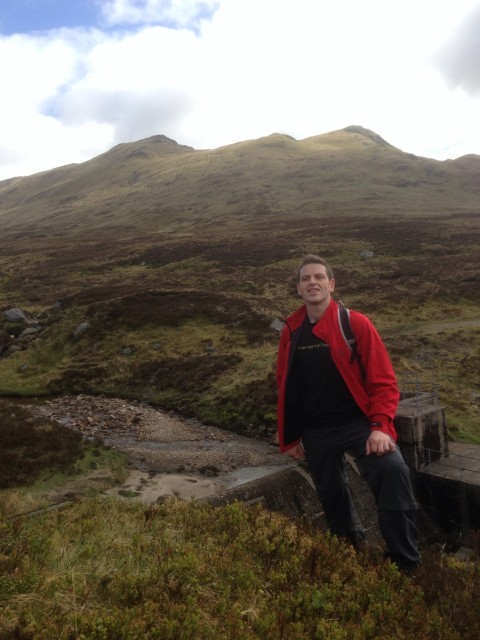 Before long we started heading up the right hand side of the mountain without finding any discernible track. As we started the climb the weather started to close in and we could see the clouds coming over Ben More.

Morgan heading up Sgiath Chuil with Ben More in background 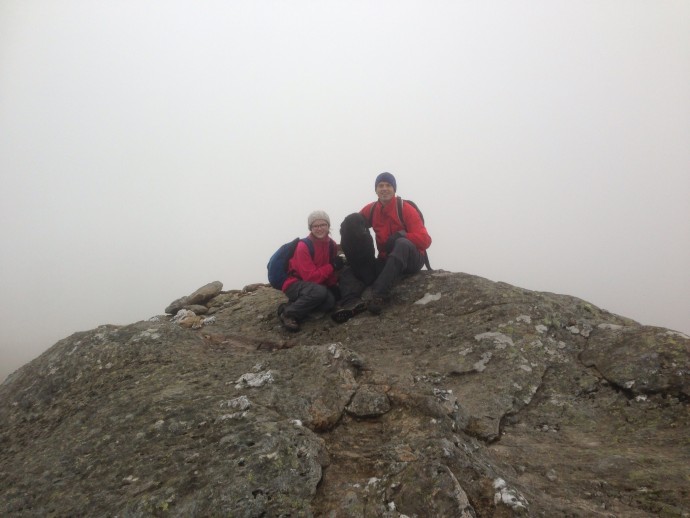 We decided to walk on another few hundred yards and have lunch at Meall a Churain and plan our next move. We decided to head for the right side of the mountain where, although steep in places seemed to be the most forgiving route. After another path less climb we reached Beinn Cheathaich before heading on a further kilometre to reach Meall Glas and our second Munro of the day. 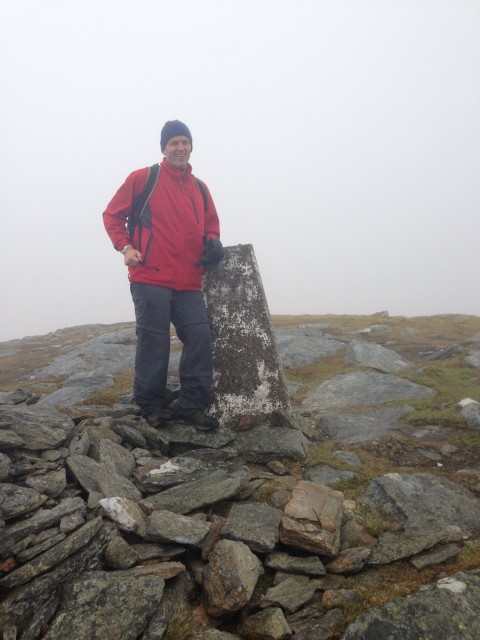 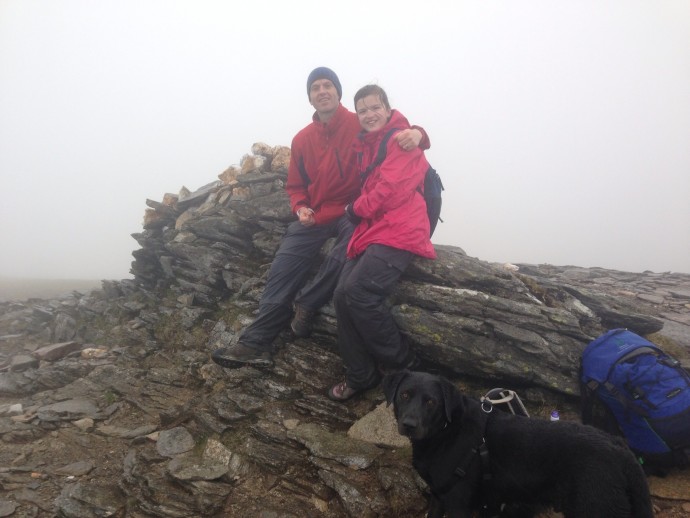 Typically within 20 minutes of leaving Meall Glas the weather started to clear and again we could see some glorious views and some interesting sights. 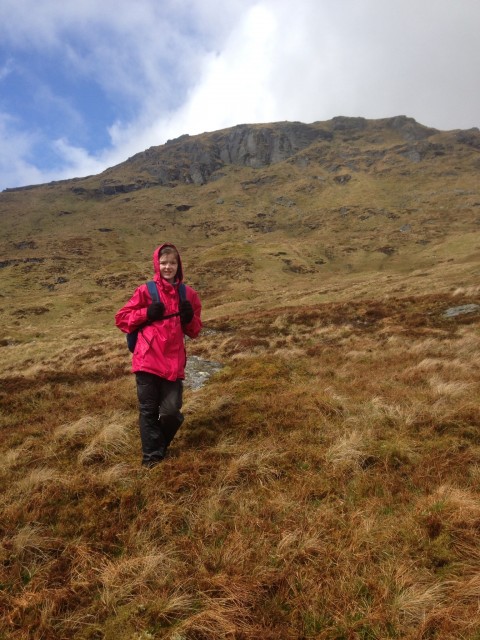 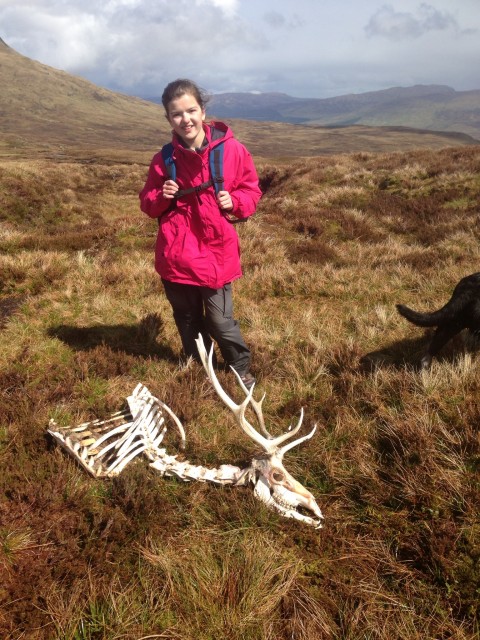 After a bit of trudge through some boggy land we were back at the farmhouse and 8 hours later our day was complete. 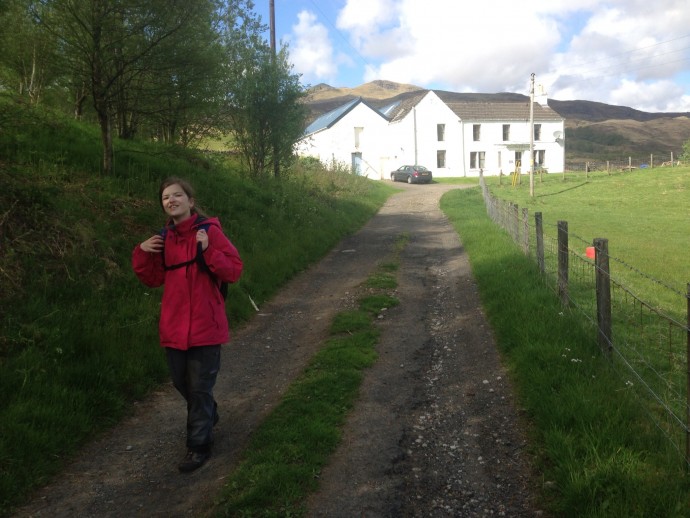 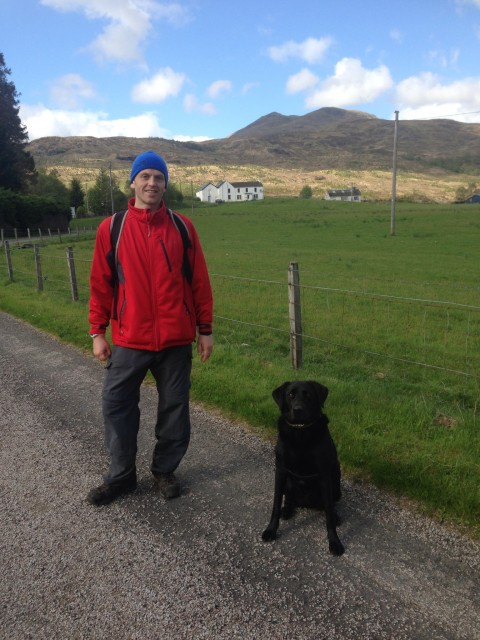 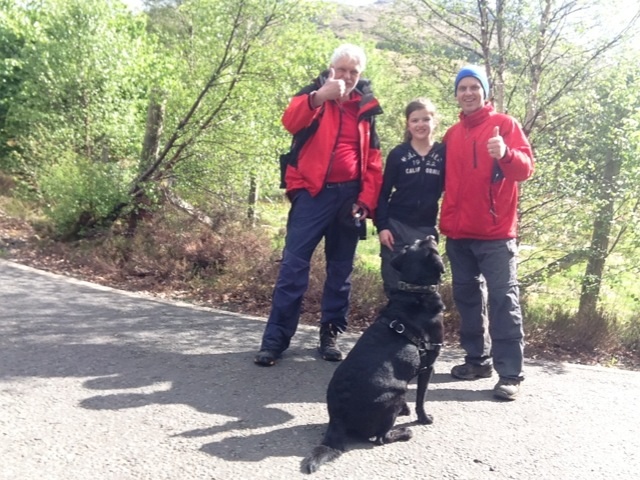 Again a special mention to my daughter Morgan who completed her 2nd and 3rd Munros in only her 2nd walk in much more challenging conditions. A great, fulfilling, challenging and as you can see from below tiring day Great report, some interesting pics (I'll not ask if you "liberated" the antlers.. ) - we did this in winter and were locked in a blizzard at the top, some fun

scrambling and no view at all! Well done to Bharr Jr!!

Congrats to you all, nice report and pics....what side did you start from please planning to do this next tues and very worried about bogs....thanks indeed. Ash

mr_ash_37 wrote:what side did you start from please planning to do this next tues and very worried about bogs

The Glen Lochay approach is definitely less boggy, though maybe best avoided if the river is in spate!

hi bharr,guid report and well done all!fancy these 2 very soon ,can ye please tell me where ye can get parked!btw a love yer dogs name,quality!